2 What is Assembly Bill 540? Assembly Bill 540: On October 12, 2001, Governor Gray Davis signed into law Assembly Bill 540 (Assemblyman Marco Firebaugh) adding a new section, 68130.5, to the California Education Code. Assembly Bill 540 allows qualified students to pay in ‐ state tuition at California’s institutions of higher education. For example, based in 2013 ‐ 2014, the average in ‐ state annual tuition for a fulltime student at the University of California was $13,200 compared to out ‐ state tuition $36,078 for a non ‐ resident student. Does not grant permanent residence or is a pathway to citizenship. To qualify as an AB 540 student, undocumented students must: Have attended a California high school for 3 years or more full academic years (between grades 9 through 12. They do not need to be consecutive years). Have or will graduate from a California high school or have attained a G.E.D.; or received a passing mark on the California High School Proficiency Exam (CHSPE). Register or be currently enrolled at an accredited institution of public higher education in California. File or plan to file an affidavit as required by individual institutions, stating that he/she will apply for legal residency as soon as possible. Not hold a valid non ‐ immigrant visa (F, J, H, L, A, E, etc.). Students that do not qualify for AB 540 can still attend a California institution of higher education as long as they meet the admissions criteria and are accepted by the university, but they must pay out ‐ state tuition.

4 What Is Deferred Action for Childhood Arrivals (DACA) On June 15, 2012, the Secretary of Homeland Security announced that certain people who came to the United States as children and meet several guidelines may request consideration of deferred action for a period of two years, subject to renewal. They are also eligible for work authorization. Deferred Action is a use of prosecutorial discretion to defer removal action against an individual for a certain period. Deferred Action does not provide lawful status. DACA students may: Work on-campus, or off-campus Through Advanced Parole may study abroad or leave the country for educational/research purposes May NOW use assigned Social Security number on the college application. Students may request consideration of deferred action for childhood arrivals if you: Were under the age of 31 as of June 15, 2012; Came to the United States before reaching your 16th birthday; Have continuously resided in the United States since June 15, 2007, up to the present time; Were physically present in the United States on June 15, 2012, and at the time of making your request for consideration of deferred action with USCIS; Had no lawful status on June 15, 2012; Are currently in school, have graduated or obtained a certificate of completion from high school, have obtained a general education development (GED) certificate, or are an honorably discharged veteran of the Coast Guard or Armed Forces of the United States; and Have not been convicted of a felony, significant misdemeanor, or three or more other misdemeanors, and do not otherwise pose a threat to national security or public safety. Deferred Action for Childhood Arrivals (DACA) (Must submit the California Dream Act Application, Not FAFSA)

7 Applying to the University of California When completing the UC Application: Under the question of Country of Citizenship, Undocumented students should scroll down and indicate “No Selection” After indicating “No Selection” the student will be able to skip the Social Security section and continue with the application DACA recipients must NOW use their assigned Social Security # Or, Tax Payer Identification Number (ITIN)

8 After submitting your Statement of Intent to Register (SIR): A student’s classification as a resident or nonresident is determined by the Residence Deputy, located in the Registrar’s Office or Office of Admissions and Records on each of the University of California campuses. Classifications are based on evidence presented in a student’s Statement of Legal Residence (SLR) and supporting evidence a campus deems necessary for determination. After Accepting Your Admission

10 Thank You For listing of campus contacts and resources by UC Campus, please refer to: http://undoc.universityofcalifornia.edu/ 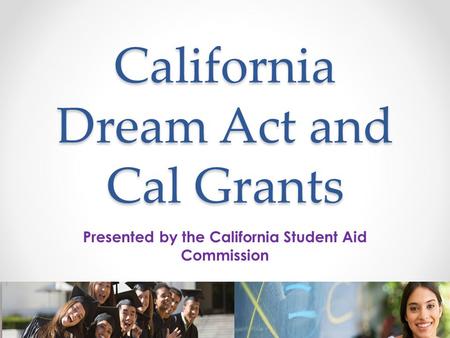 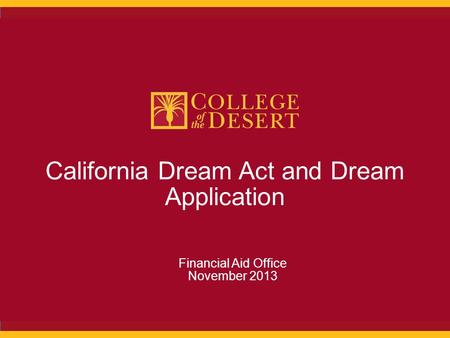 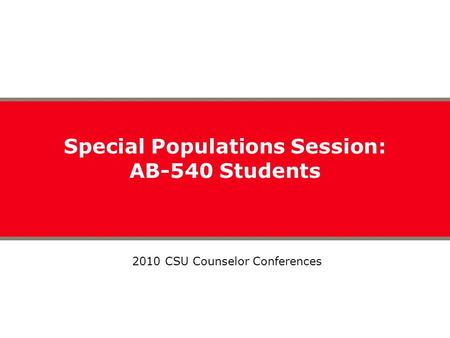 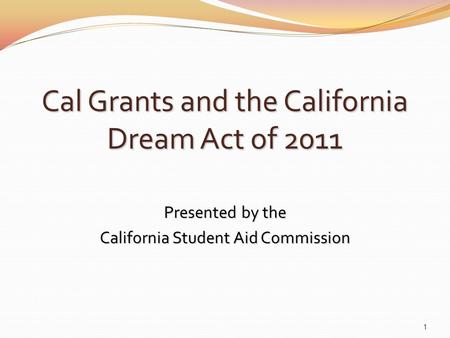 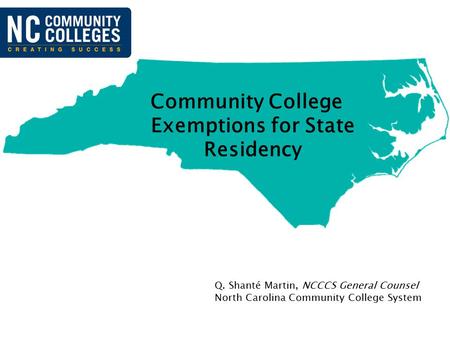 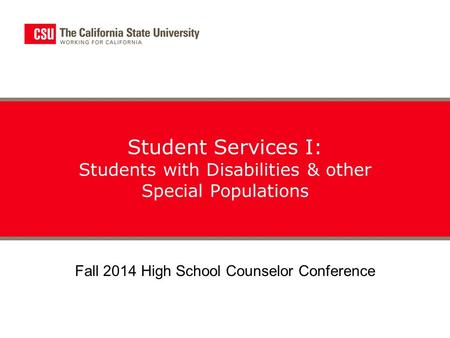 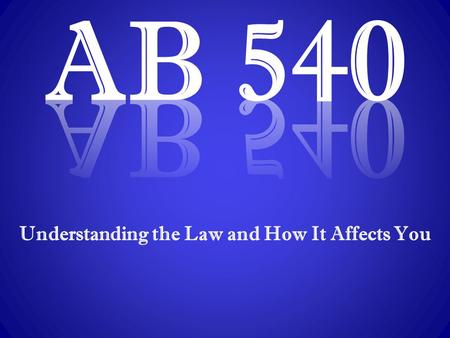 Understanding the Law and How It Affects You. Assembly Bill 540: It’s the Law  AB 540, introduced by former Assembly Members Marco Antonio Firebaugh. 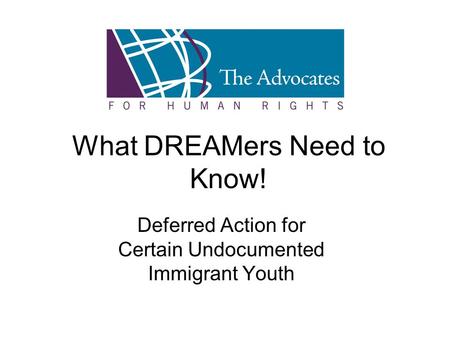 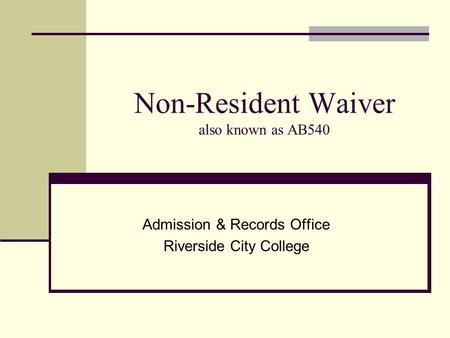 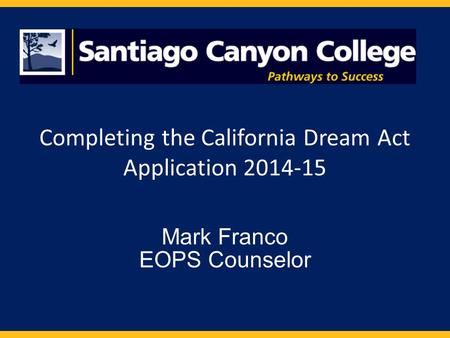 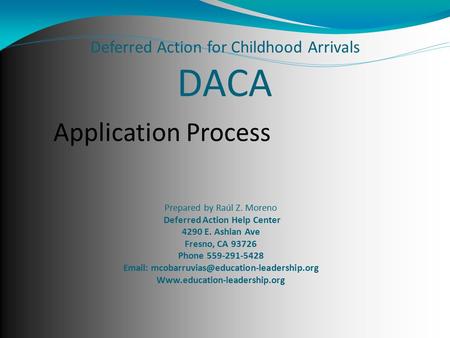 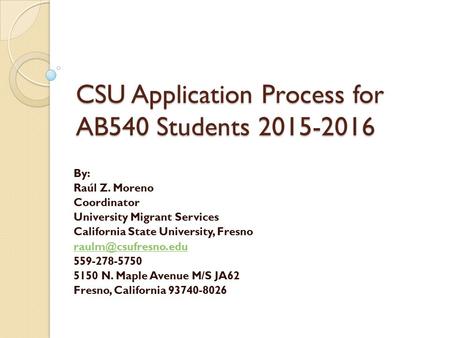 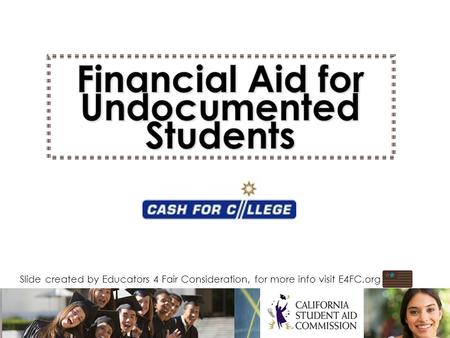 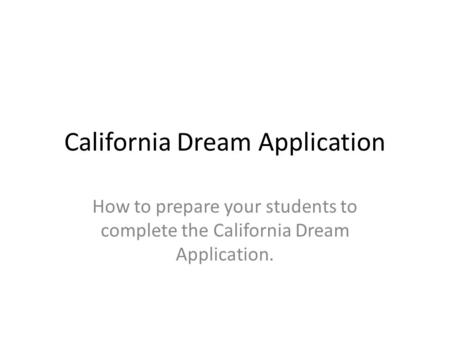 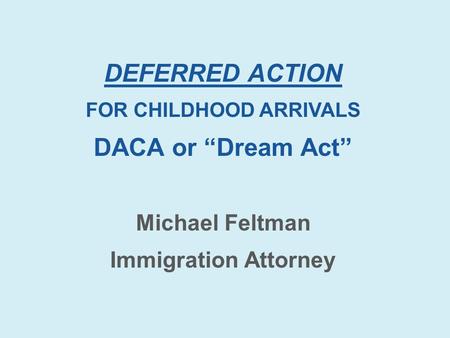 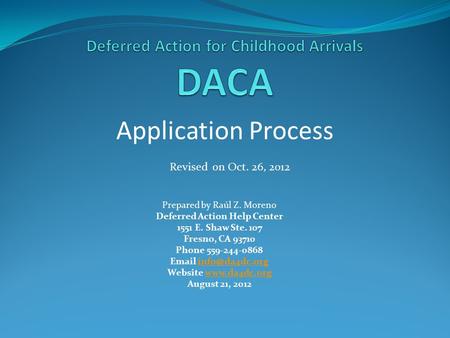 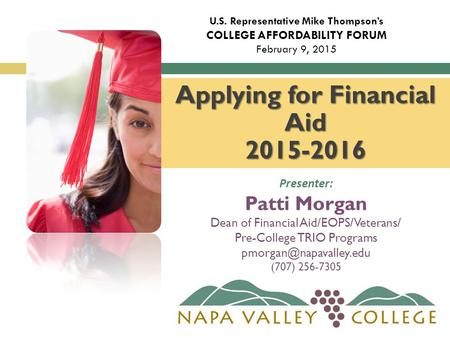 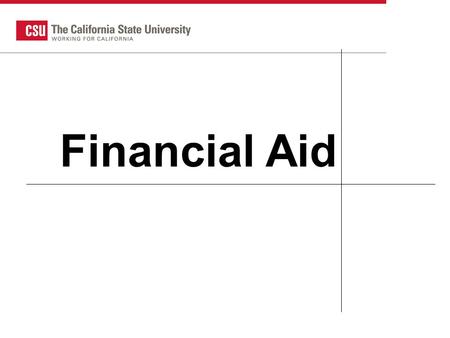 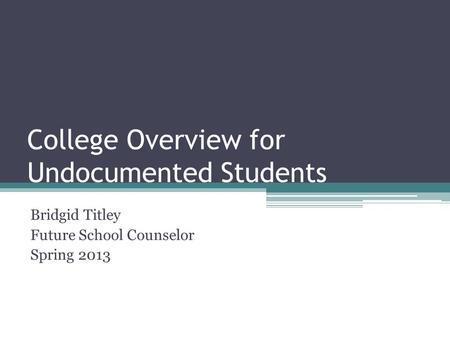 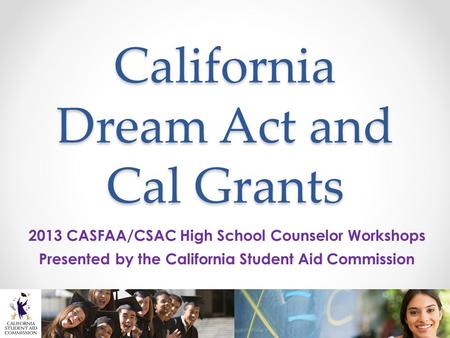