2 Protocols Cooperative action is necessary
computer networking is not only to exchange bytes huge system with several utilities and functions. For examples error detection Encryption Routing etc. For proper communication, entities in different systems must speak the same language there must be mutually acceptable conventions and rules about the content, timing and underlying mechanisms Those conventions and associated rules are referred as “PROTOCOLS”

3 Protocol Architecture
Task of data transfer is broken up into some modules Why? How do these modules interact? For example, file transfer could use three modules File transfer application Communication service module Network access module Answer to Why? – Same reason as dividing a big program into smaller functions. It is difficult to attack big problems as a whole. Answer to interaction question? – Modules have a layered structure. Each layer (module) provides service to upper layer and expects service from lower layer. Details are explained later in this ppt file.

5 General protocol architecture principles that we have seen so far
Layered structure Protocol stack Each layer provides services to upper layer; expect services from lower one Layer interfaces should be well-defined Peer entities communicate using their own protocol peer-to-peer protocols independent of protocols at other layers if one protocol changes, other protocols should not get affected

7 Network Access Layer Exchange of data between the computer and the network Sending computer provides address of destination so that network can route Different switching and networking techniques Circuit switching Packet switching LANs etc. This layer may need specific drivers and interface equipment depending on type of network used. But upper layers do not see these details independence property

12 TCP/IP Protocol Suite TCP/IP does not have an official layer structure
But protocols imply one Application layer Transport (host to host) layer Internet layer Network access layer Physical layer Actually TCP/IP reference model has been built on its protocols That is why that reference model is only for TCP/IP protocol suite and this is why it is not so important to assign roles to each layer in TCP/IP; understanding TCP, IP and the application protocols would be enough

15 Internet Layer Connectionless, point to point internetworking protocol (uses the datagram approach) takes care of routing across multiple networks each packet travels in the network independently of each other they may not arrive (if there is a problem in the network) they may arrive out of order a design decision enforced by DoD to make the system more flexible and responsive to loss of some subnet devices Implemented in end systems and routers as the Internet Protocol (IP)

20 TCP Transmission Control Protocol In TCP terms, a connection is a
end to end protocol Reliable connection = provides flow and error control In TCP terms, a connection is a temporary association between entities in different systems TCP PDU Called “TCP segment” Includes source and destination port Identify respective users (applications) pair of ports (together with the IP addresses) uniquely identify a connection; such an identification is necessary in order TCP to track segments between entities.

24 Operation of TCP and IP

25 Some Protocols in TCP/IP Suite 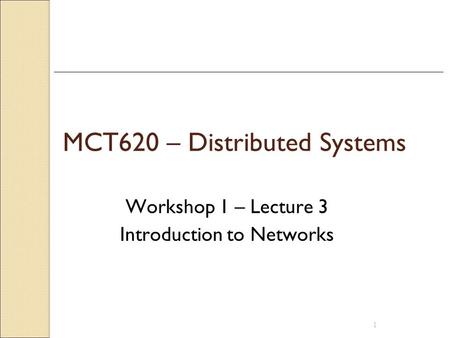 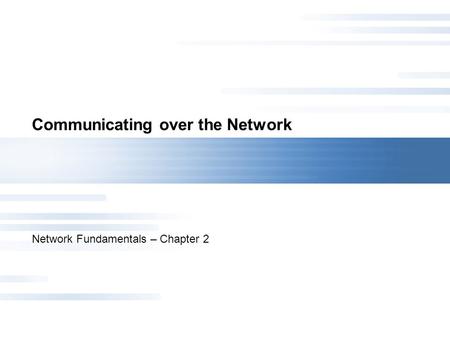 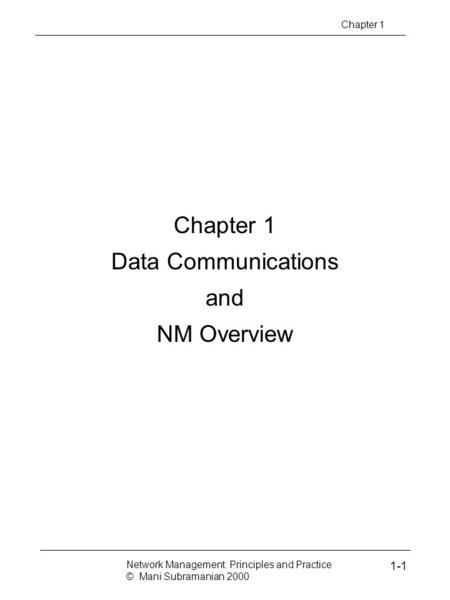 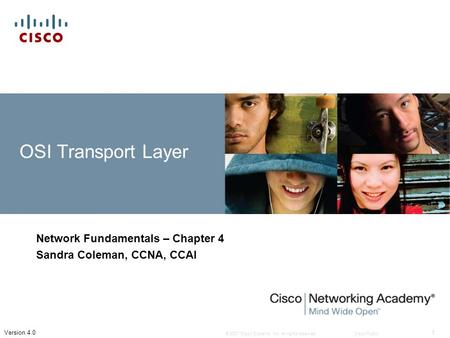 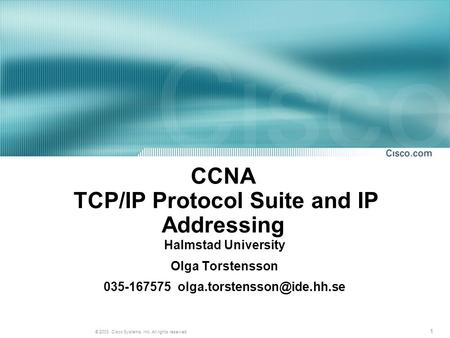 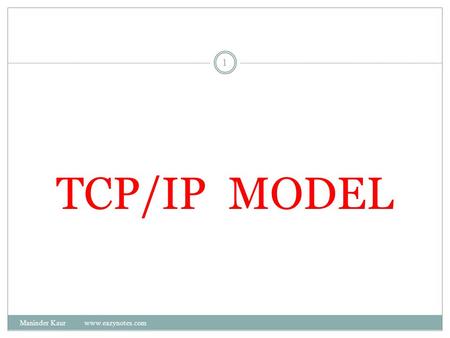 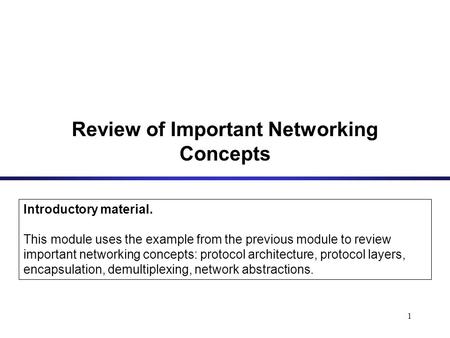 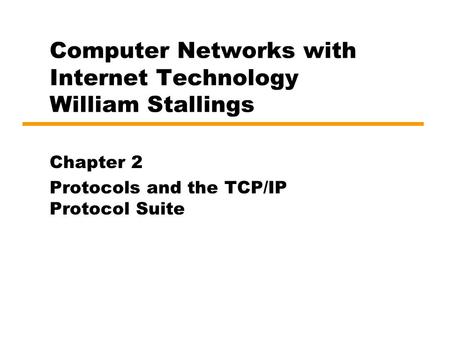