3 Writing - Using Exponents Rewrite the following expressions using exponents: The variables, x and y, represent the bases. The number of times each base is multiplied by itself will be the value of the exponent.

4 Writing Expressions without Exponents Write out each expression without exponents (as multiplication): or

5 Simplify the following expression: (5a 2 )(a 5 )  Step 1: Write out the expressions in expanded form.  Step 2: Rewrite using exponents. Product of Powers There are two monomials. Underline them. What operation is between the two monomials? Multiplication!

7 If the monomials have coefficients, multiply those, but still add the powers. Multiplying Monomials

8 These monomials have a mixture of different variables. Only add powers of like variables. Multiplying Monomials

10 Power of Powers Rule For any number, a, and all integers m and n,

11 Monomials to Powers If the monomial inside the parentheses has a coefficient, raise the coefficient to the power, but still multiply the variable powers.

12 Monomials to Powers (Power of a Product) If the monomial inside the parentheses has more than one variable, raise each variable to the outside power using the power of a power rule. (ab) m = a m b m

13 Monomials to Powers (Power of a Product) Simplify each expression: 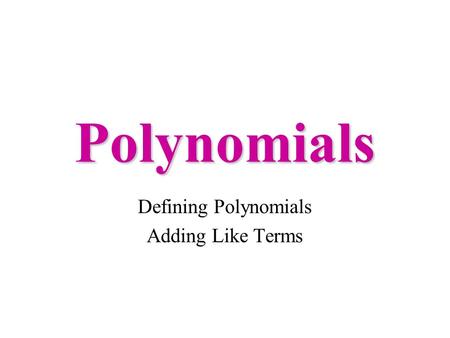 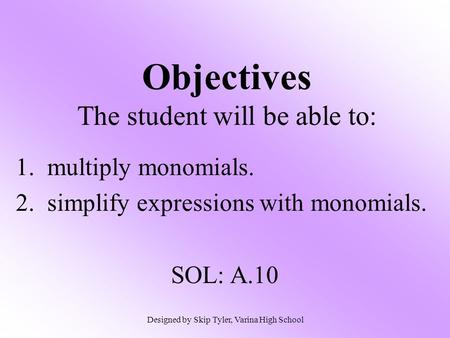 Objectives The student will be able to: 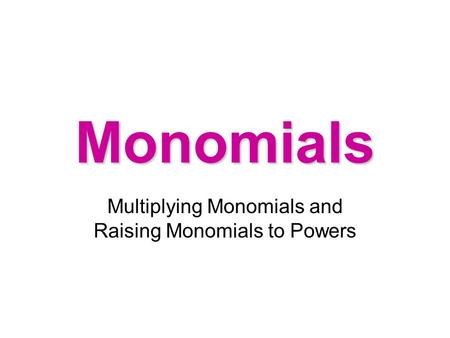 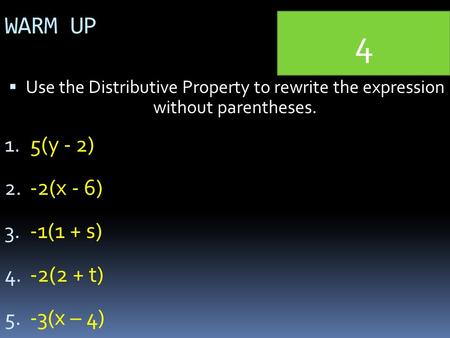 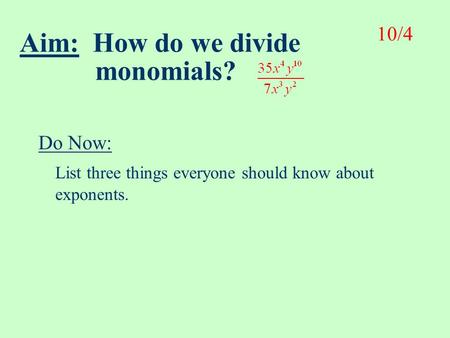 Aim: How do we divide monomials? 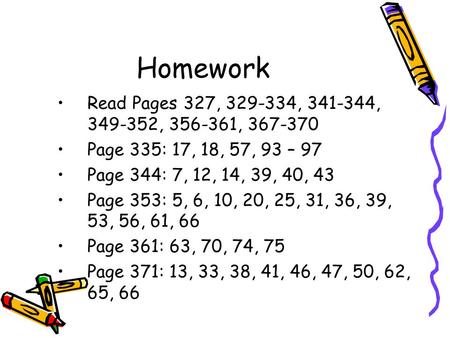 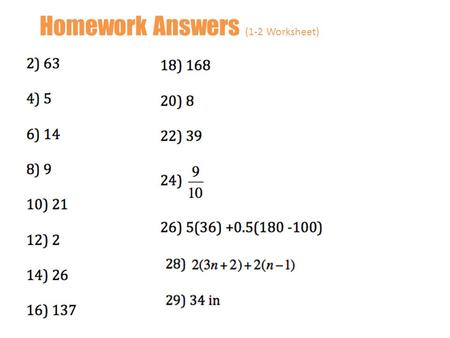 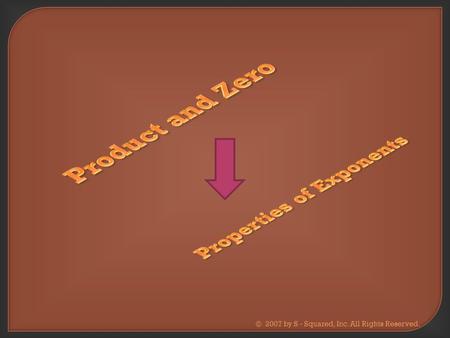 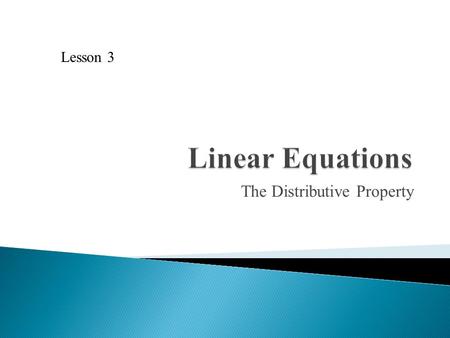 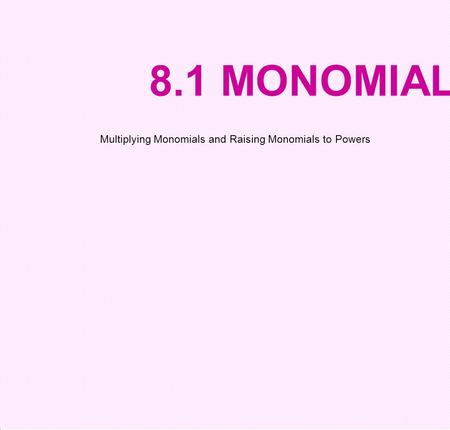 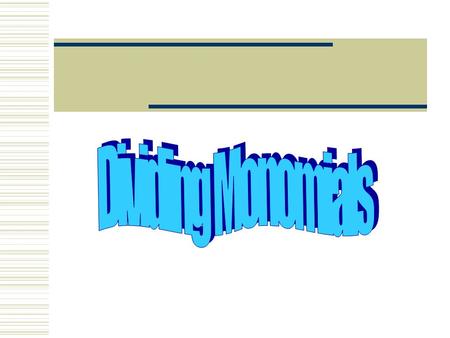 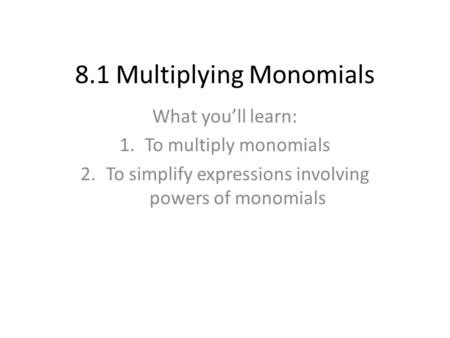 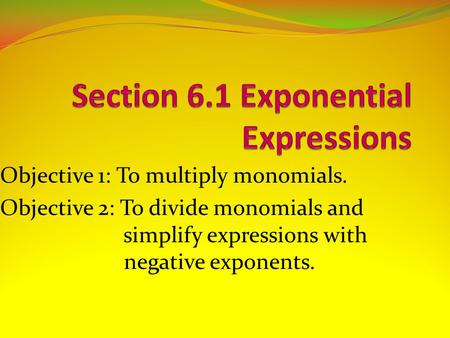 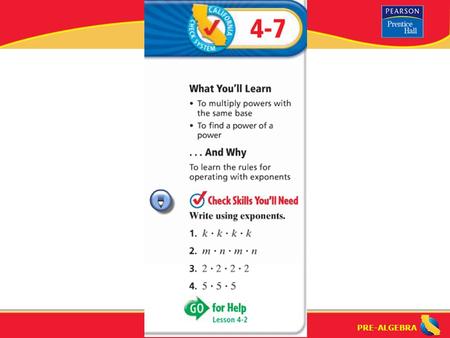 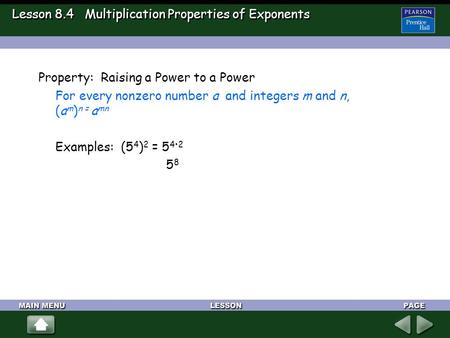 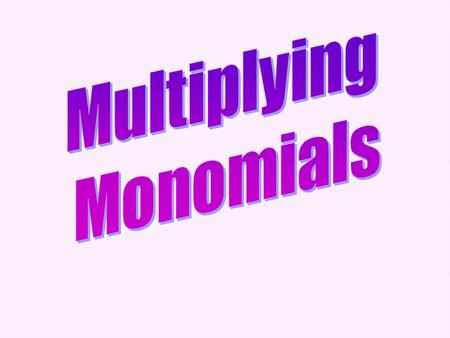 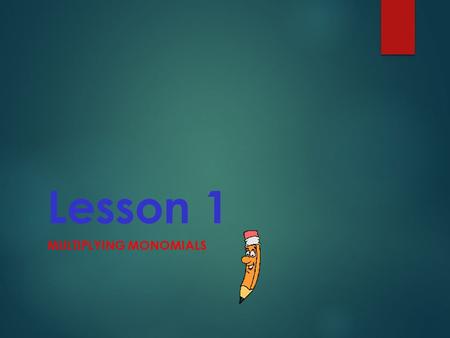 Lesson 1 MULTIPLYING MONOMIALS. What are we going to do…  Multiply monomials.  Simplify expressions involving powers of monomials. 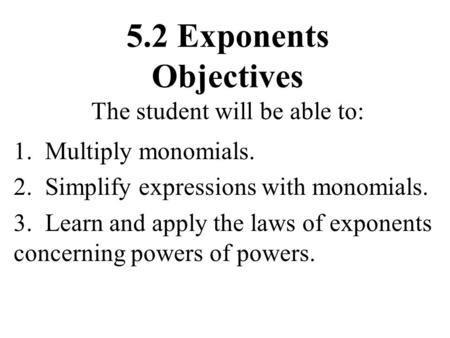 5.2 Exponents Objectives The student will be able to: 1. Multiply monomials. 2. Simplify expressions with monomials. 3. Learn and apply the laws of exponents. 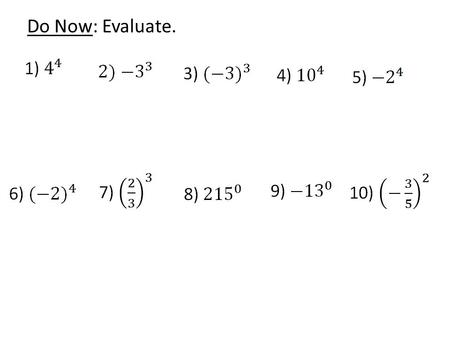 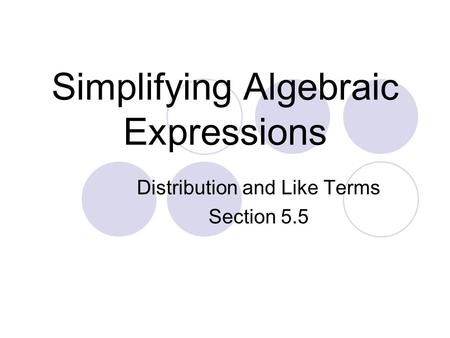