4 Components of Linear Communication
Linear model has defined set of components required for a communication to be established where Sender is the person who sends a message after encoding. Encoding is the process of converting the message into codes compatible with the channel and understandable for the receiver.  Decoding is the process of changing the encoded message into understandable language by the receiver.

5 Components of Linear Communication
Message is the information sent by the sender to the receiver. Channel is the medium through which the message is sent. Receiver is the person who gets the message  after decoding. Noise is the disruptions that are caused in the communication process in channel or in understandability of the message.

14 Transactional model of communication is the exchange of messages between sender and receiver where each take turns to send or receive messages. Here, both "sender" and "receiver" are known as "communicators" and their role reverses each time in the communication process as both processes of sending and receiving occurs at the same time.

16 Criticisms of Transactional Model
Without verbal response, the sender can not be sure that the receiver got the message as intended. Feedback is an important component in the communication process, especially in interpersonal communication as it gives a space to clarify misunderstandings. The transactional model gives the opportunity for a lot of noise because the communication is simultaneous. For example, when many people are talking at the same time in a meeting, the objective of the meeting will not be fulfilled.

18 The second model is that of Claude Shannon and Warren Weaver (1948) which gave us the concept of “NOISE”. This is often called Telephone Model because it is based on the experience of having the message interfered with by “noise” from the telephone switchboard back in 1940s.

20 Example of Shannon-Weaver model communication process
A businessman sends a message via phone text to his worker about a meeting happening about their brand promotion. The worker does not receive the full message because of noise. It goes like this: Businessman: We have a meeting at the office ("at 8 am" goes missing due to phone network disruption or noise) Worker (feedback) : At what time?

22 Advantages of Shannon-Weaver Model
Concept of noise helps in making the communication effective by removing the noise or problem causing noise. This model takes communication as a two way process. It makes the model applicable in general communication. Communication is taken as quantifiable in Shannon Weaver model.

26 Advantages of Barlund’s Transactional Model
The model shows shared field experience of the sender and receiver. Transactional model talks about simultaneous message sending, noise and feedback. Barnlund’s model is taken by critics as the most systematic model of communication.

27 Disadvantages of Barlund’s Model
Barnlund’s model is very complex. Both the sender and receiver must understand the codes sent by the other. So they must each possess a similar "code book". (The concept of code book is not mentioned in the model but understood.)

28 Interactive Model Interactive model (also known as convergence model) deals with exchange of ideas and messages taking place both ways from sender to receiver and vice-versa. The communication process take place between humans or machines in both verbal or non-verbal way. This is a relatively new model of communication for new technologies like web.

30 Concepts of Interactive Model
In Interactive model, whenever a source sends a message to a receiver (source), he/she encodes the message first. The encoded message is then received by the receiver where it is decoded to get the original information. Again, the receiver acts as a source, encodes another message (also knows as a feedback) and sends it back to the sender.

32 An example of Interactive model is that of Wilbur Schramm, who is considered the Father of Mass Communication. He came up with five models, but the Schramm Model in (1995) we are concerned with is the concept that explains why communication breakdown occurs. Schramm asserts that communication can take place if and only if there is an overlap between the Field of Experience of the Speaker and the Field of Experience of the Listener. This overlapping can only happen when the two fields have commonalities.

34 What is Field of Experience?
Field of Experience are the things that influences the understanding and interpretation of message like culture, social background, beliefs, experiences, values and rules. Examples: a person who always eats with spoon is informed that that he has to eat with hands in that place, the person will get offended because he will think it is impolite to eat that way. the teacher must deliver his/her lecture in either English or Filipino because that is the language that students know and use.

35 Advantages of Schramm’s Model
Circular communication gives opportunity to both parties to give their opinion.  As it is dynamic and ever changing model, it is helpful in general practice. Sender and receiver interchanges and both are equally active. Semantic noise included as a concept helps in understanding problems that can occur during interpretation of message.

36 Advantages of Schramm’s Model
Feedback makes it easier to know if the message is interpreted by the receiver as intended or not. Concept of interpretation makes the communication effective. Field of experience (psychological effect) helps to understand the communication process in many other ways than the traditional ones.. Concept of context makes the environmental factor be included in interpretation of message and brings change in the message value. 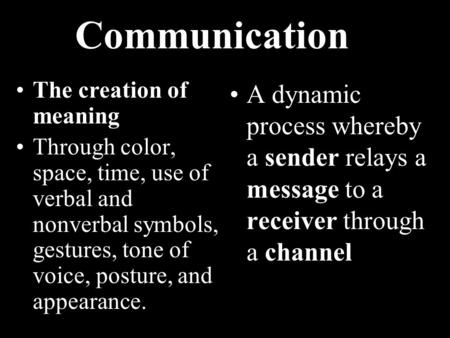 Communication The creation of meaning 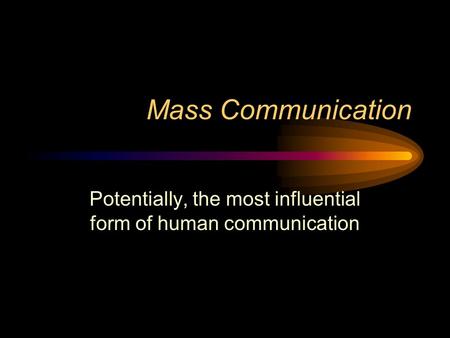 Potentially, the most influential form of human communication 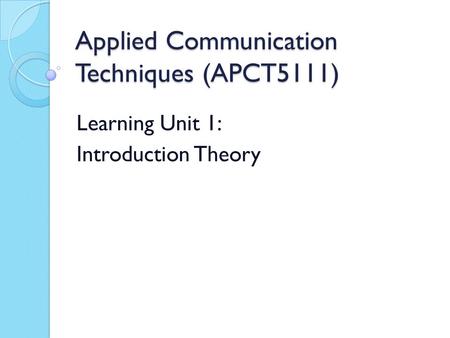 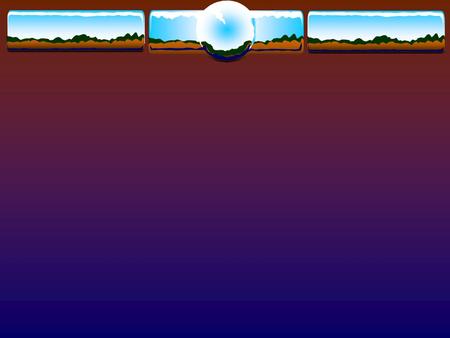 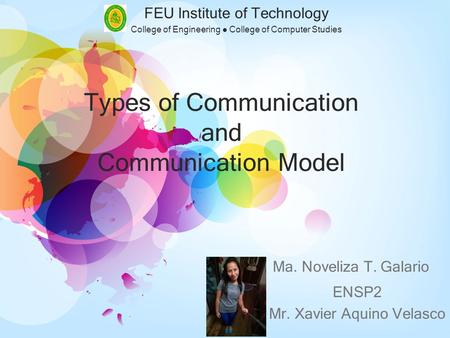 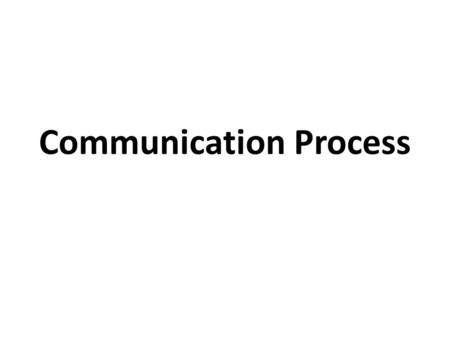 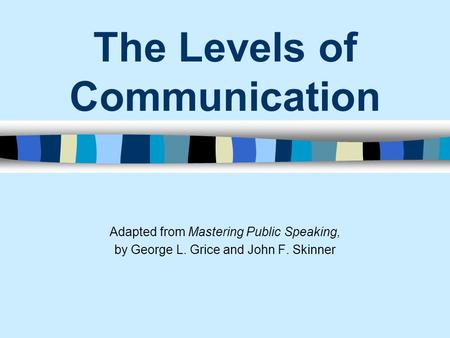 The Levels of Communication 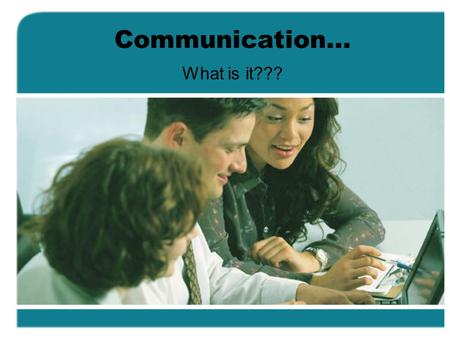 Communication… What is it???. The Definition for this Class a process by which information is exchanged between individuals through a common system of. 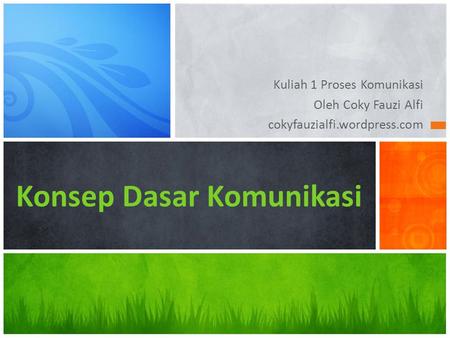 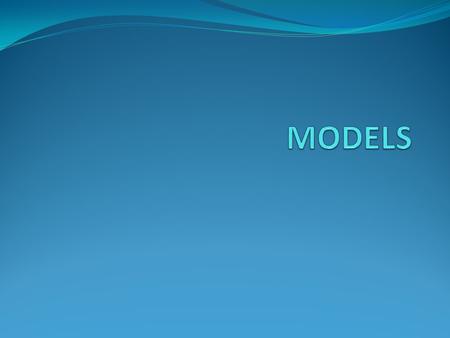 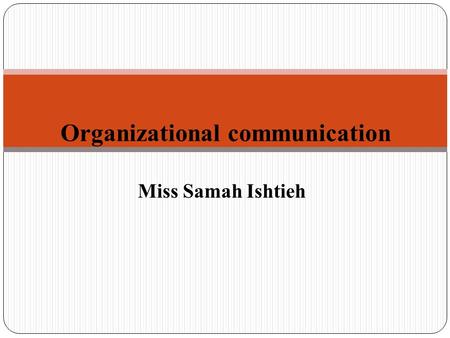 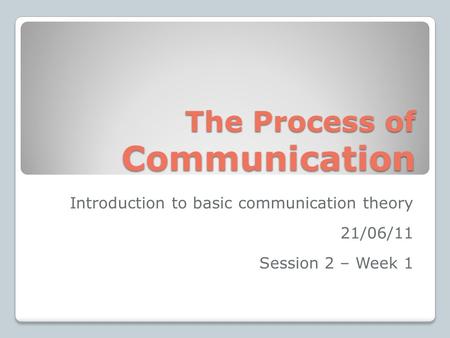 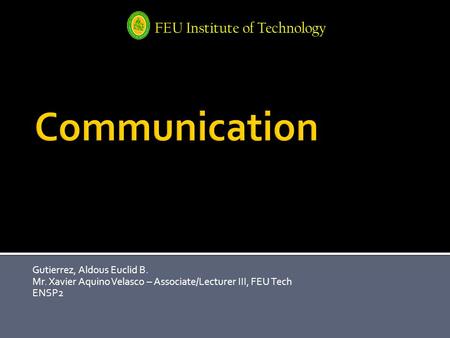 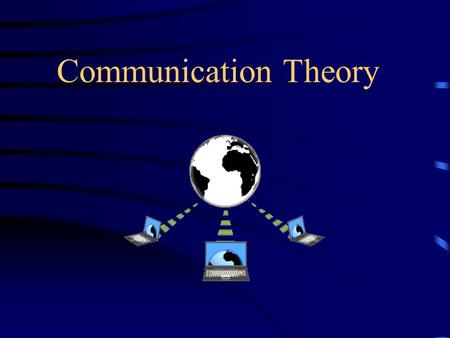 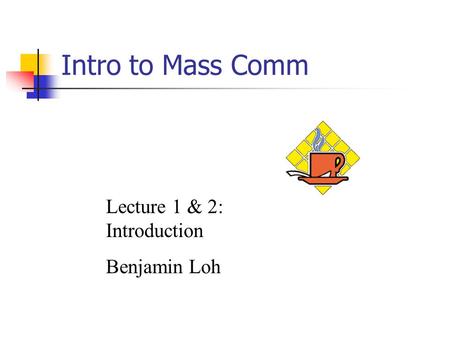 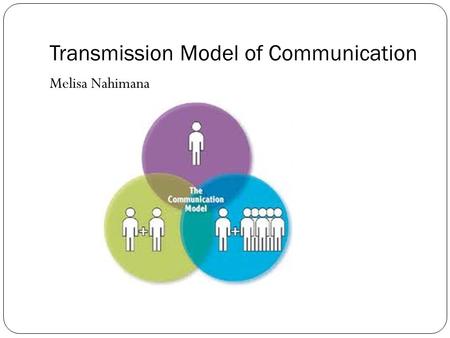 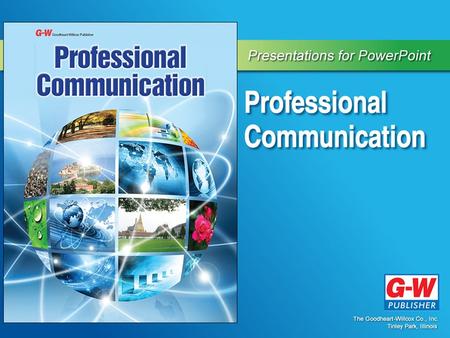 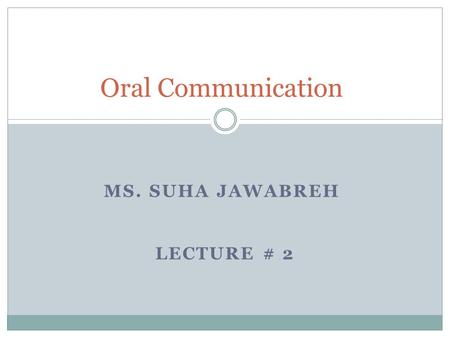 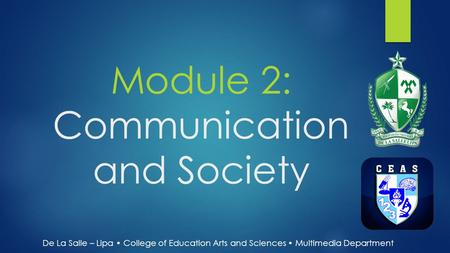 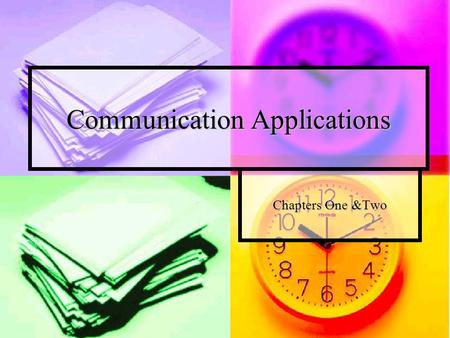 Communication Applications Chapters One &Two. After completing these chapters, you will be able to: define the communication process and explain how it.