Is the price of the vehicle effected?. Tesla’s Recycling Scheme Tesla currently has not implemented its recycling scheme due to the lifetime of the batteries.

Presentation on theme: "Is the price of the vehicle effected?. Tesla’s Recycling Scheme Tesla currently has not implemented its recycling scheme due to the lifetime of the batteries."— Presentation transcript:

1 Is the price of the vehicle effected?

2 Tesla’s Recycling Scheme Tesla currently has not implemented its recycling scheme due to the lifetime of the batteries expected to be around 100,000 miles. The batteries are discharged for safety reasons. The propylene glycol in the cooling tubes is removed and is recycled locally The electronics are removed and tested and any still functioning are re-used The wires and other metals are removed and recycled locally The modules are stored until a large enough quantity is held for them to be sent to Toxco recycling facility. The modules are frozen into liquid nitrogen to prevent further reactions of the lithium components. Then the modules are shredded and crushed into small pieces. These pieces are then screened and separated into fluff, copper cobalt and slurry. The copper cobalt is then sold for recovery of metals such as cobalt, aluminium, nickel, and copper. The slurry is formed into a block and is reused in appliance coatings. Fluff Copper Cobalt Slurry block

3 What will the recycling produce?  About 60% of the cells will be recycled.  And a further 10% can be reused.  The fluff will be put into landfill as this is mainly made of plastic and until volumes of recycling are higher, the plastic will not be recycled as the effort and cost is very high.

4 How does this effect the price?  Tesla states that it will set up an exchange system for the return and recycling of the lithium ion cells in which customers receive credit when they return their used modules.  Currently Toxco is the only company to carry out the recycling of lithium ion batteries on a large scale.  The cost of Toxco’s operation was initially about $4.50/lb ($10/kg), but it has decreased to less than half that. With larger quantities of more uniform input, costs could be expected to decrease, and revenues increase, even more.(United Sates, Center for Transportation Research, 2000, p. 49)  The Li-ion battery pack for a typical EV weighs approximately 800 lb. Even if the battery sales price were to come down to the USABC goal of $150/kWh, a 30-kWh pack would cost $4,500, and recycling would amount to less than 20% of the initial cost. (In reality, it is expected to be even less.) (United Sates, Center for Transportation Research, 2000, p. 49)

Download ppt "Is the price of the vehicle effected?. Tesla’s Recycling Scheme Tesla currently has not implemented its recycling scheme due to the lifetime of the batteries." 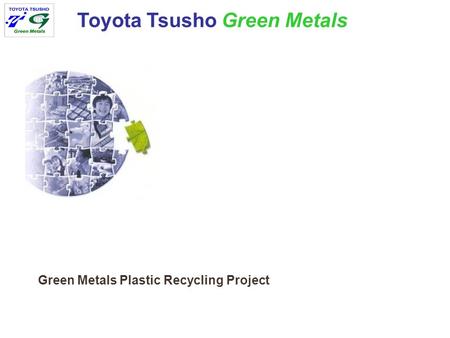 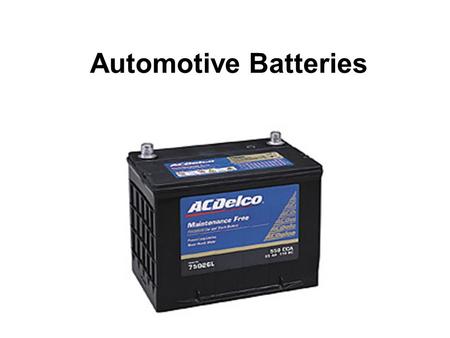 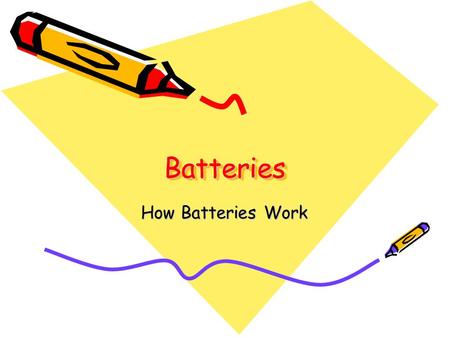 BatteriesBatteries How Batteries Work. Three Main Components of Batteries Negative terminal (anode): an electrode made of a metal such as zinc that accumulates. 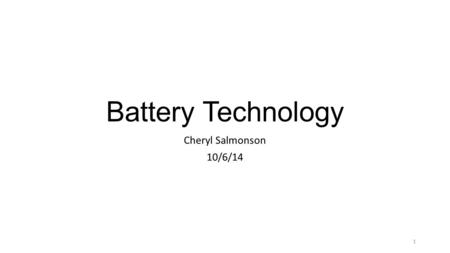 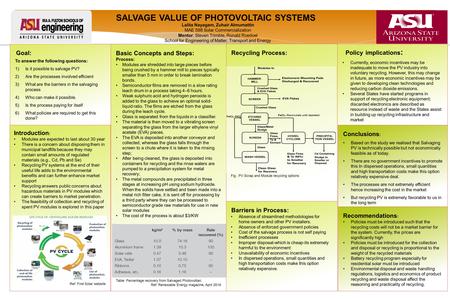 Recommendations : Policies must be introduced such that the recycling costs will not be a market barrier for the system. Currently, the prices are significantly. 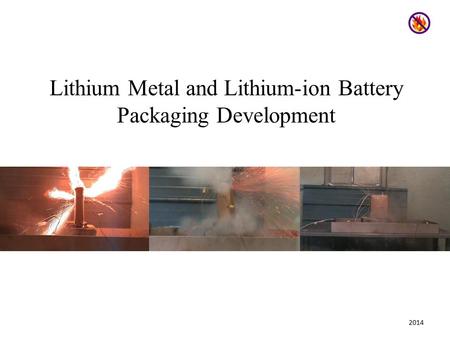 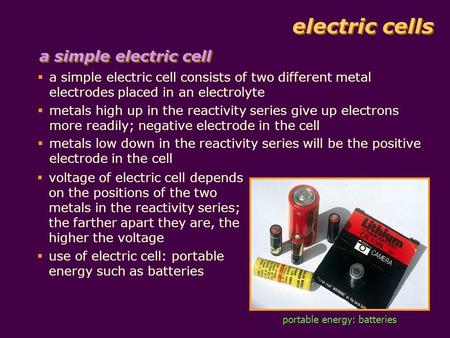 Electric cells  a simple electric cell consists of two different metal electrodes placed in an electrolyte  metals high up in the reactivity series give. 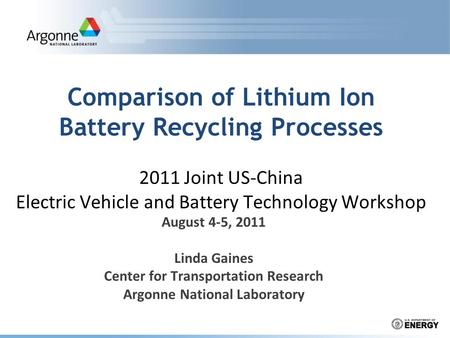 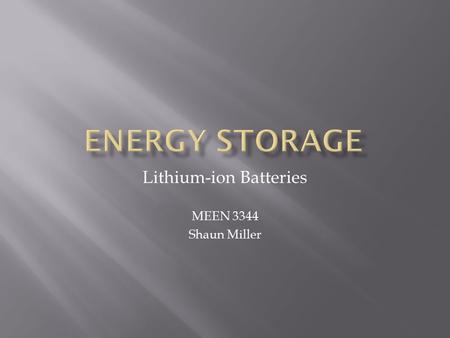 Lithium-ion Batteries MEEN 3344 Shaun Miller.  More than half of the world’s lithium can be found under the Bolivian desert.  Spodumene (hard rock) 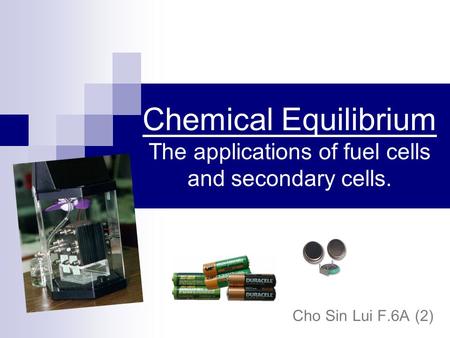 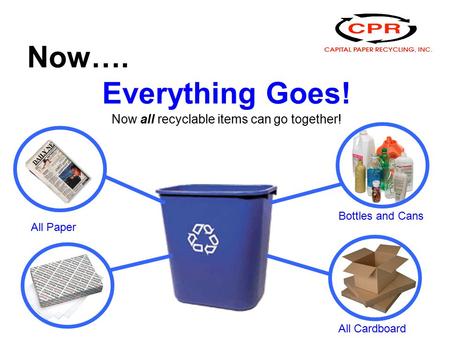 Now…. Everything Goes! Now all recyclable items can go together! All Paper Bottles and Cans All Cardboard. 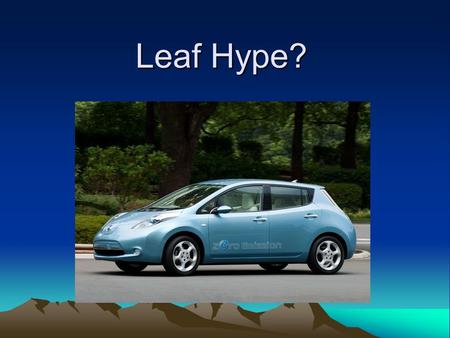 Leaf Hype?. Marketing vs Physics Nissan hasn't disclosed the weight of the car, with out batteries. Li-on Battery Pack – costs 10K but is leased by the. 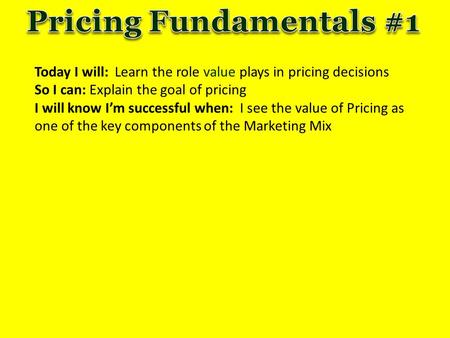 Today I will: Learn the role value plays in pricing decisions So I can: Explain the goal of pricing I will know I’m successful when: I see the value of. 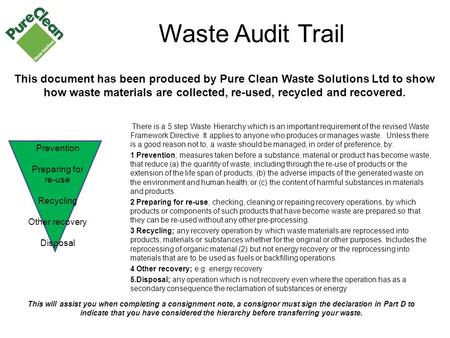 Waste Audit Trail There is a 5 step Waste Hierarchy which is an important requirement of the revised Waste Framework Directive. It applies to anyone who. 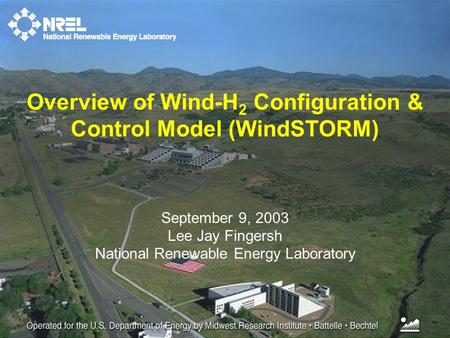 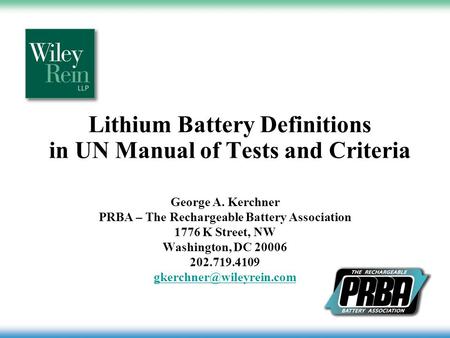 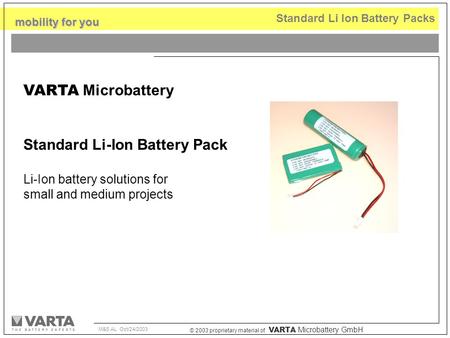 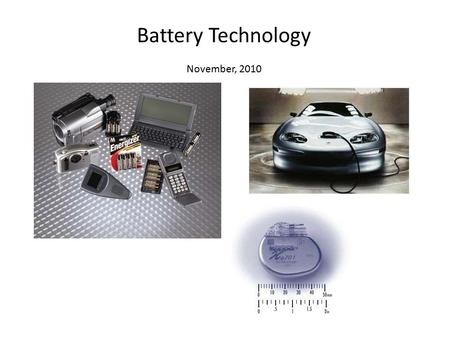 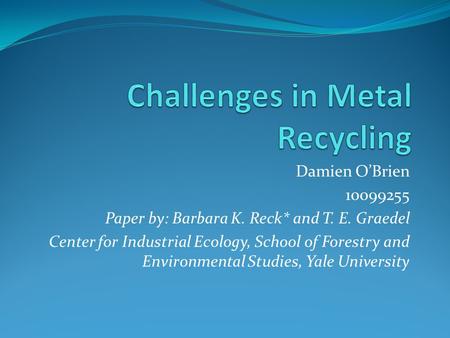 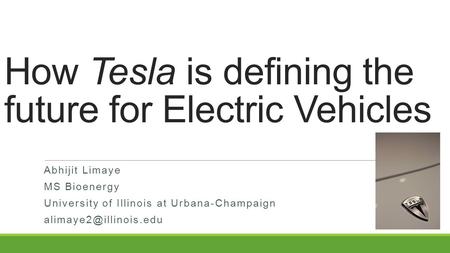