4 Metaphor Describes one thing as if it were another without using “like,” “as,” or “than.” Fifth grade is a rollercoaster Jane is an angel. Steve is a volcano ready to erupt. Sarah is a bright star in the class. Dan is a clown in class.

5 Simile Comparison of two objects using words “like,” “as,” or “than.” Rachel smiled like a Cheshire cat. Sheila pinches pennies like Scrooge. The tiger purred like my cat. Her skin was as smooth as silk.

6 Juxtaposition Placing two words or ideas next to one another to contrast them. It was the best of times, it was the worst of times Rags to riches Follower to a leader Young to old

9 Assonance Repeated vowel sounds *VOWELS*  A E I O U  Try to light the fire It beats... as it sweeps... as it cleans Men sell the wedding bells

12 Allusion Indirect reference to some piece of knowledge to people, places, or events from history, types of work, or religion. Lyrical Houdini She is another Helen. This place is like a Garden of Eden. Middle school will unlock the Pandora’s box of change.

13 Irony Using words to mean the opposite of its literal meaning. Saying one thing, but really meaning another. The irony of her reply, “How nice!” when I said I had to work all weekend. She is sweet as vinegar. Her grading on our project was as soft as concrete.

14 Puns Play on words  using a word that suggests two or more meanings by its similar sounding words having different meanings. See. Spot. Run. Why do we still have troops in Germany? To keep the Russians in Czech. We are beasts on the basketball court. Rapping so sick, causing a fever wherever I go.

15 Personification Making objects and animals seem human with abilities and characteristics (actions and feelings). …and the stars o’erhead were dancing heel and toe… The flowers begged for water. The stars winked at me. The camera loved her. The wind whispered softly in the night.

16 Hyperbole Over-exaggerating The face that launched a thousand ships Your suitcase weighs a ton! I am trying to solve a million issues these days. I am dying of laughter! 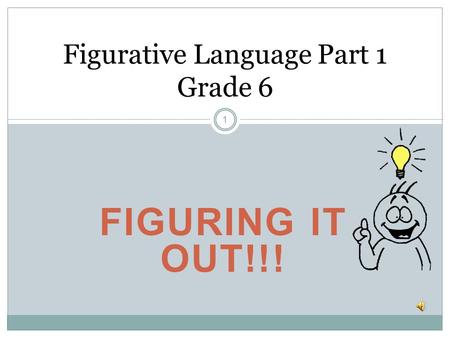 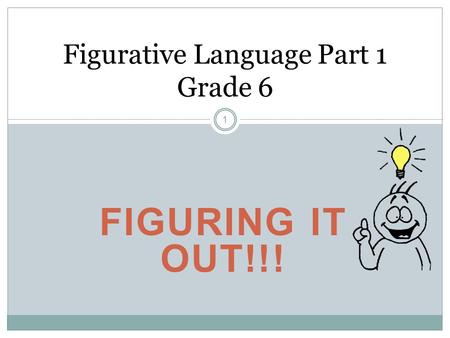 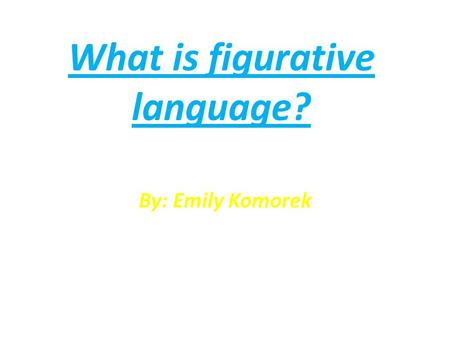 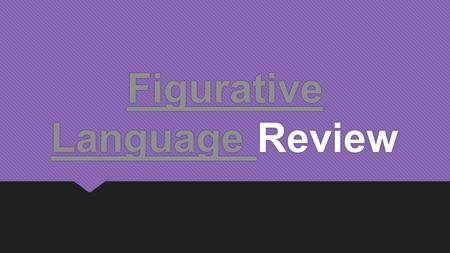 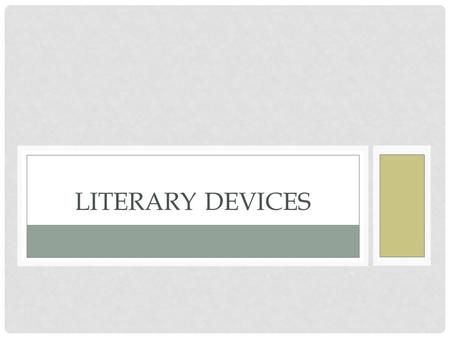 LITERARY DEVICES. ALLITERATION The repetition of a beginning consonant sound within a phrase or sentence. Sally sells sea shells by the sea shore. 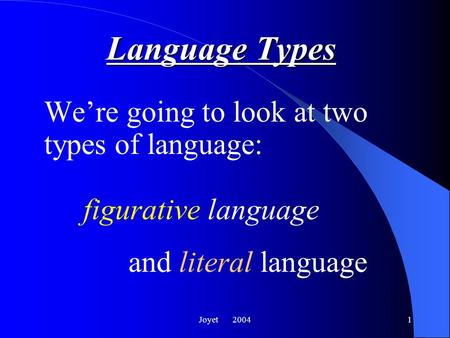 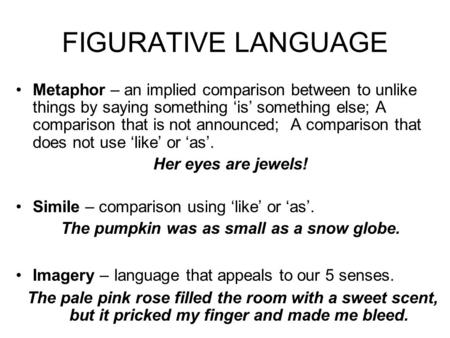 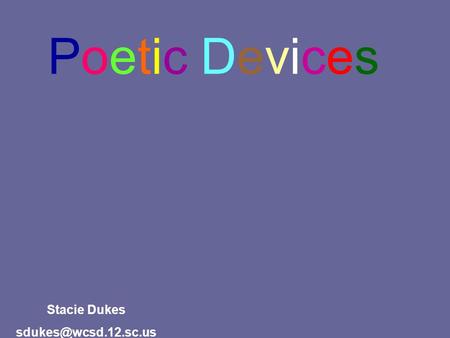 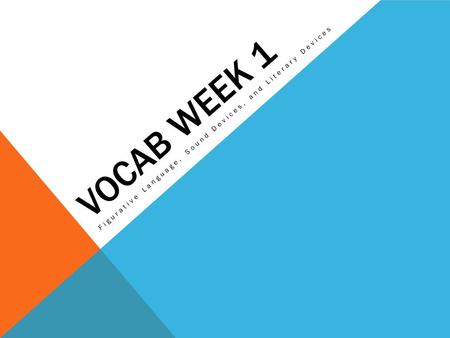 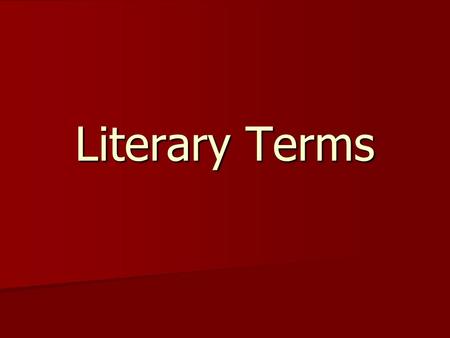