SERONEGATIVE SPONDYLO ARTHROPATHIES 1. This term is applied to a group of inflammatory joint diseases 1-Ankylosing spondylitis 2-Reactive arthritis, including.

3 The synovitis is non-specific and is often indistinguishable from RA. However, the distinctive feature of this group of diseases is the marked degree of extrasynovial inflammation, especially of the enthesis but also of the joint capsule, periosteum, cartilage and subchondral bone. There is a striking association with carriage of the HLA-B27 sacroiliitis, uveitis or balanitis 3

4 Understanding of the cause is incomplete but an aberrant response to infection is thought to be involved in genetically predisposed individuals. In some situations, a triggering organism can be identified, as in reactive arthritis following bacterial dysentery or chlamydial urethritis 4

7 7 Ankylosing spondylitis (AS) is characterised by a chronic inflammatory arthritis predominantly affecting the sacroiliac joints and spine, which can progress to bony fusion of the spine. The onset is typically between the ages of 20 and 30, with a male preponderance of about 3 : 1. In Europe, more than 90% of those affected are HLA-B27-positive. The overall prevalence is less than 0.5% in most populations

8 Ankylosing spondylitis is thought to arise from an as yet ill-defined interaction between environmental pathogens and the host immune system in genetically susceptible individuals. Increased faecal carriage of Klebsiella aerogenes occurs in patients with established AS and may be relate to exacerbation of both joint and eye disease 8

9 The cardinal feature is low back pain and early morning stiffness with radiation to the buttocks or posterior thighs. Symptoms are exacerbated by inactivity and relieved by movement. The disease tends to ascend slowly, ultimately involving the whole spine, although some patients present with symptoms of the thoracic or cervical spine. As the disease progresses, the spine becomes increasingly rigid as ankylosis occurs. 9

10 Early physical signs include a reduced range of lumbar spine movements in all directions and pain on sacroiliac stressing. As the disease progresses, stiffness increases throughout the spine and chest expansion becomes restricted. Spinal fusion varies in its extent and in most cases does not cause a gross flexion deformity, but a few patients develop marked kyphosis 10

11 Pleuritic chest pain aggravated by breathing is common and results from costovertebral joint involvement. Plantar fasciitis, Achilles tendinitis and tenderness over bony prominences such as the iliac crest and greater trochanter may all occur, reflecting inflammation at the sites of tendon insertions (enthesitis). 11

12 Up to 40% of patients also have peripheral arthritis. This is usually asymmetrical, affecting large joints such as the hips, knees, ankles and shoulders. In about 10% of cases, involvement of a peripheral joint may antedate spinal symptoms, and in a further 10%, symptoms begin in childhood, as in the syndrome of oligoarticular juvenile idiopathic arthritis 12

21 The aims are to relieve pain and stiffness, maintain a maximal range of skeletal mobility and avoid deformity NSAIDs are effective in relieving symptoms but do not alter the course of the disease. The slow-acting antirheumatic drugs sulfasalazine, methotrexate or azathioprine may control persistent peripheral joint synovitis but appear to have little or no impact in suppressing axial disease. However, recent studies have shown that anti-TNF therapy may improve the symptoms and signs of ankylosing spondylitis, 21

22 Local corticosteroid injections can be useful for persistent plantar fasciitis and other enthesopathies. Oral steroid may occasionally be required for acute uveitis but should otherwise be avoided. Severe hip, knee or shoulder restriction may require surgery. 22

26 Reactive arthritis is predominantly a disease of young men with a sex ratio of 15:1 and is possibly the most common cause of inflammatory arthritis in men aged 16-35; however, it may occur at any age. Between 1% and 2% of patients with non-specific urethritis seen at clinics for sexually acquired diseases have reactive arthritis. Following an epidemic of Shigella dysentery, 20% of HLA-B27-positive men develop reactive arthritis. 26

27 27 The onset is typically acute, with development of urethritis, conjunctivitis (in about 50%) and an inflammatory oligoarthritis affecting the large and small joints of the lower limbs 1-3 weeks following sexual exposure or an attack of dysentery. There may be considerable systemic disturbance with fever, weight loss and vasomotor changes in the feet.

33 The acute phase response is usually evident from a raised ESR and CRP. Aspirated synovial fluid is inflammatory (low viscosity, turbid) and often contains giant macrophages (Reiter's cells). Urethritis may be confirmed in the 'two-glass test' by demonstration of mucoid threads in the first void specimen that clear in the second. High vaginal swabs may reveal Chlamydia on culture. 33

34 . NSAIDs are helpful during the acute phase, together with judicious aspiration of joints and intra-articular or other local corticosteroid injections. Systemic steroids are rarely required. Severe progressive arthritis and intractable keratoderma blennorrhagica occasionally warrant antirheumatic therapy with azathioprine or methotrexate. Non-specific chlamydial urethritis is usually treated with a short course of tetracycline. Anterior uveitis is a medical emergency requiring topical, subconjunctival or systemic corticosteroids 34

36 A.S. like but equal sex distribution & can occur after age of 40 HLA-B27 association 50-70% May precede IBD & has an independent course Peripheral arthritis occur in up to 50% of cases 36

38 Approximately 20% of all patients with seronegative polyarthritis have psoriasis. The onset is usually between 25 and 40 years of age, most commonly in patients with current or previous skin psoriasis (70%) but in some cases (20%) it predates the onset of psoriasis. A small minority of patients have synchronous onset of skin and joint features (5%) or have arthritis but never develop skin lesions (5%). The association with nail dystrophy is stronger than with skin plaques. 38

39 Asymmetrical inflammatory oligoarthritis (40%). This may affect lower and upper limb joints, often with the combination of synovitis and periarticular inflammation Symmetrical polyarthritis (25%). This predominates in women and may strongly resemble RA, with symmetrical involvement of small and large joints in both upper and lower limbsPredominant distal interphalangeal joint (DIPJ) arthritis (15%). This is a very characteristic form that mainly affects men. 39

40 Psoriatic spondylitis (15%). This presents a similar clinical picture to ankylosing spondylitis but tends to be less severe. It may occur alone or with any of the other clinical patterns of peripheral arthritis. Arthritis mutilans (5%). 40

45 Investigations The ESR and CRP may be raised, especially with polyarticular disease, but are often unimpressive. Tests for rheumatoid factor and antinuclear antibody are generally negative. X-rays may be normal or show erosive change with joint space narrowing. Features that permit distinction from RA include marginal proliferative erosions, retained bone density and increased sclerosis of small bones 45

48 Management The prognosis is better than for RA, except in arthritis mutilans. Symptomatic agents such as simple analgesics, and topical or oral NSAIDs are usually all that is required. Intra-articular injections may help to control florid synovitis temporarily. In general, splints and prolonged rest are avoided because of the increased tendency to fibrous and bony ankylosis. The same regime of regular exercise and attention to posture should be prescribed as in those with spondylitis 48

49 For persistent peripheral arthritis sulfasalazine, methotrexate or azathioprine may be required but these have little or no benefit for axial disease. Methotrexate and azathioprine may also help severe skin psoriasis. Antimalarials should be avoided since they can give exfoliative reactions. The retinoid acitretin is effective in treating the arthritis as well as the skin lesions 49 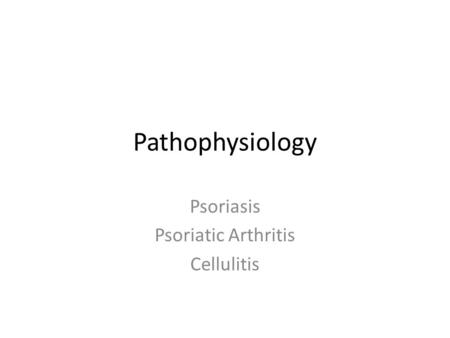 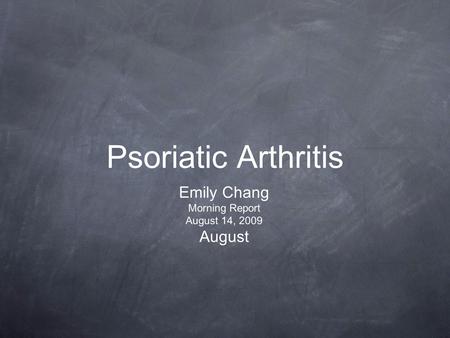 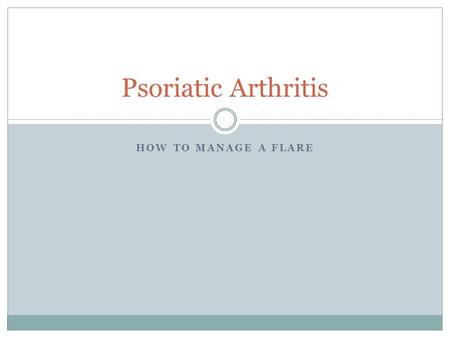 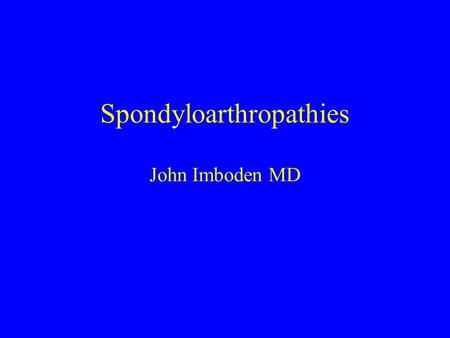 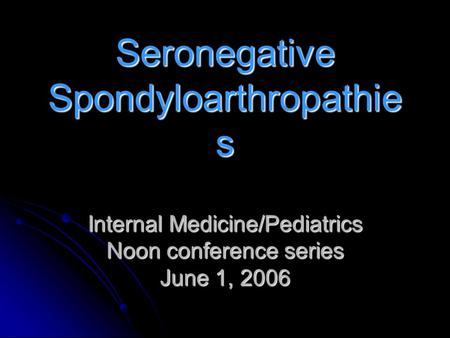 Back to basics The skeleton Axial skeleton Appendicular skeleton Skull 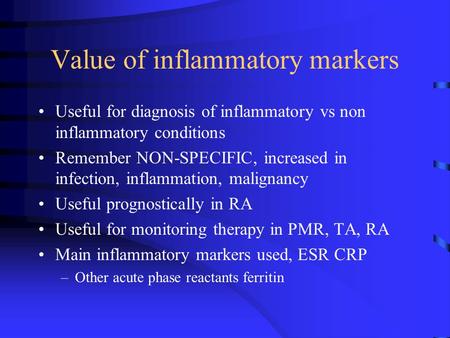 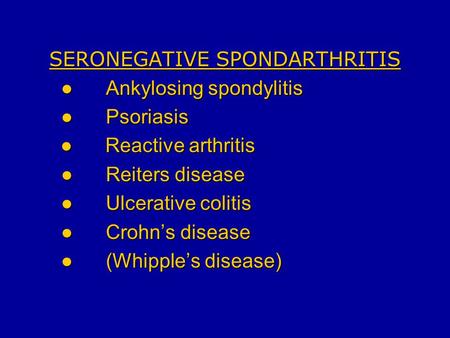 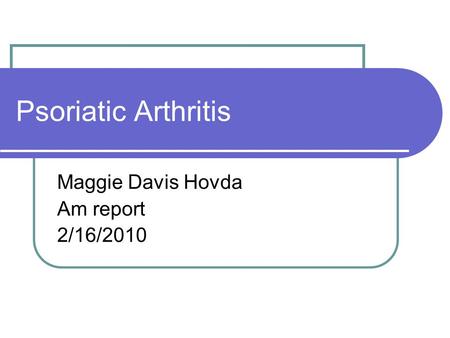 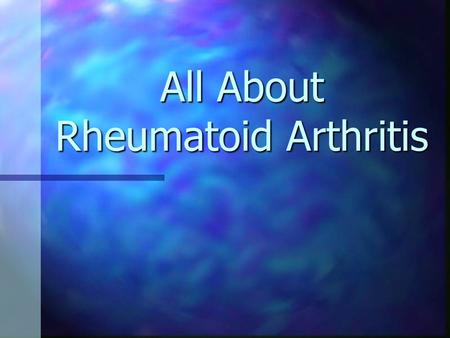 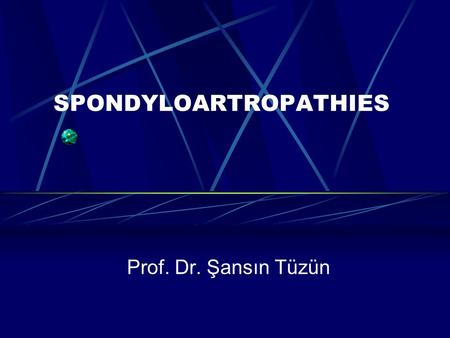 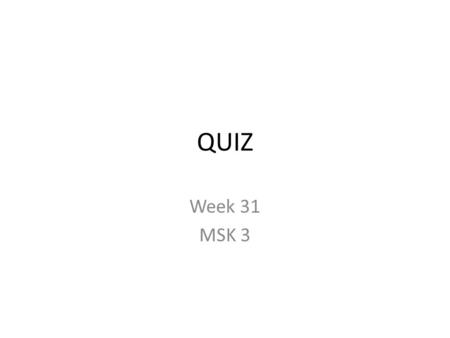 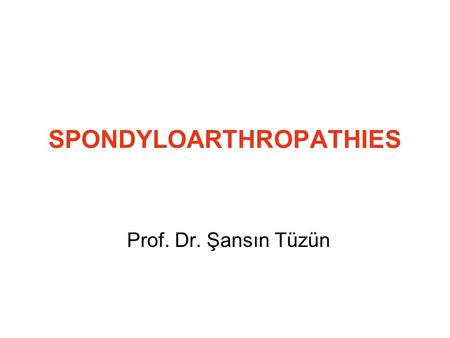 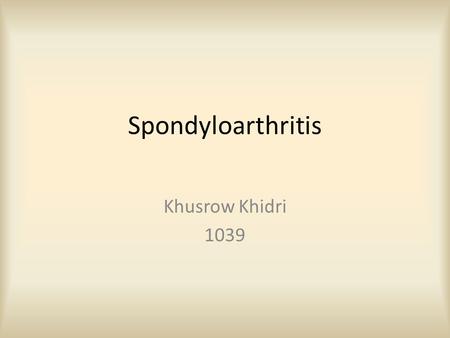 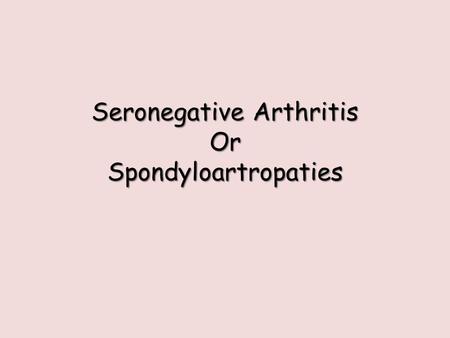 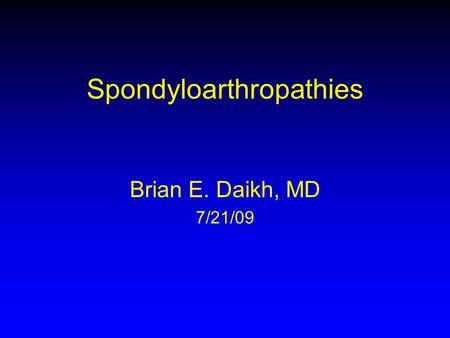 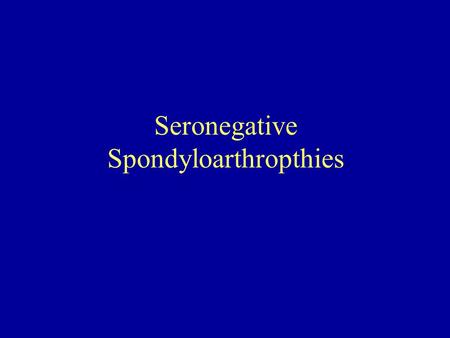 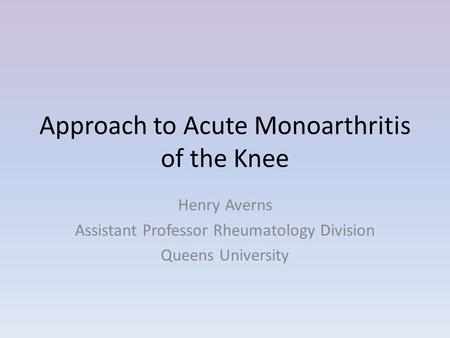 Approach to Acute Monoarthritis of the Knee 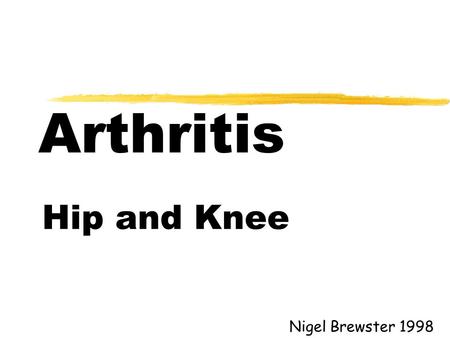 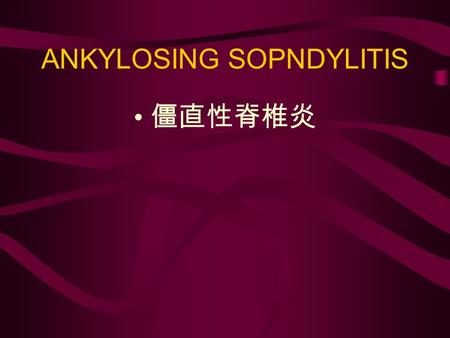 ANKYLOSING SOPNDYLITIS 僵直性脊椎炎. Definition AS is an inflammatory disorder of unknown etiology that primarily affects the spine, axial skeleton, and large.