2 7-3, 7-4 Solving Linear Systems by Elimination
Objective: solve a system of linear equations in two variables by the Elimination method.

3 What is Elimination? Elimination : Eliminating one variable from a system of equations by (1) multiplying one or both equations by a constant, if necessary, and (2) adding the resulting equations. 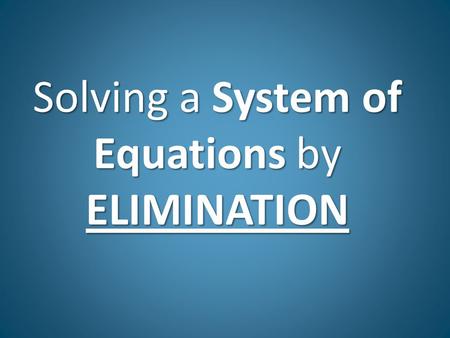 Solving a System of Equations by ELIMINATION. Elimination Solving systems by Elimination: 1.Line up like terms in standard form x + y = # (you may have. 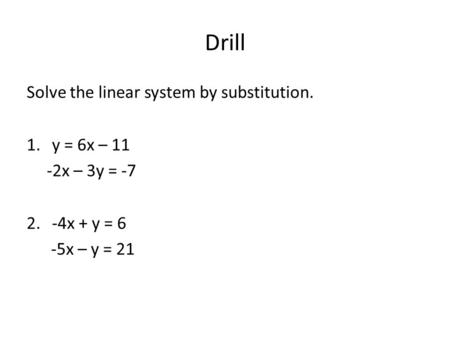 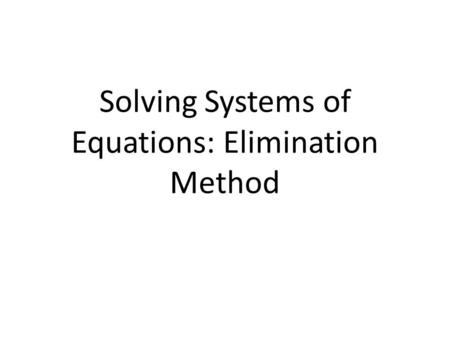 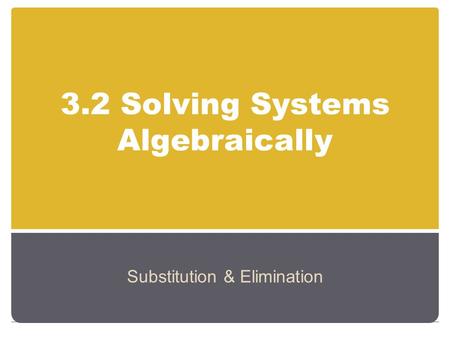 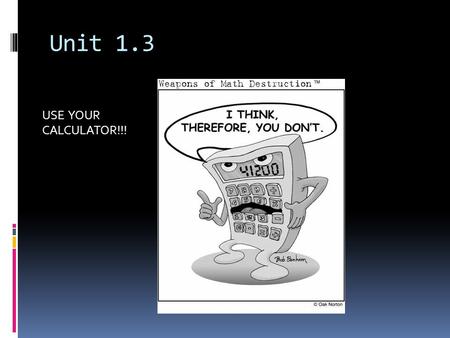 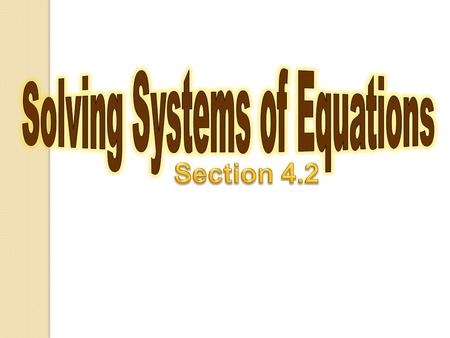 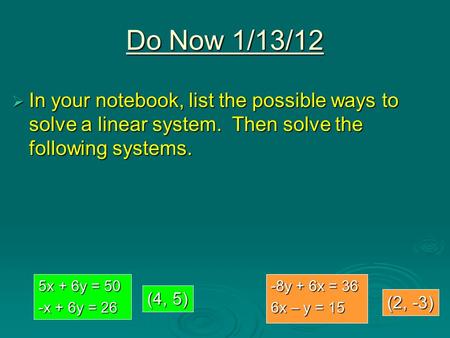 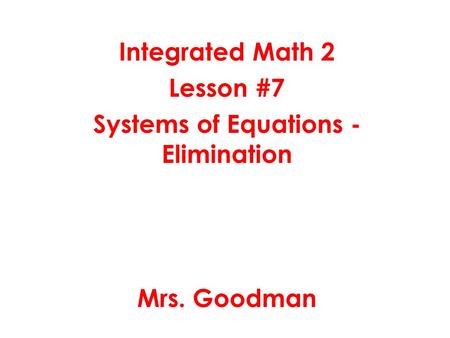 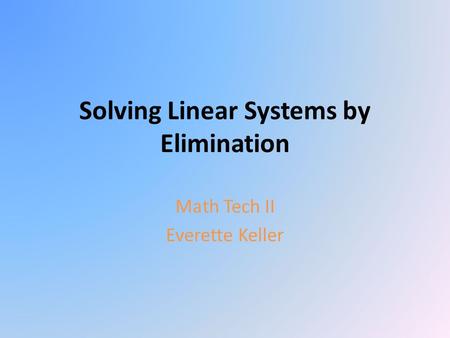 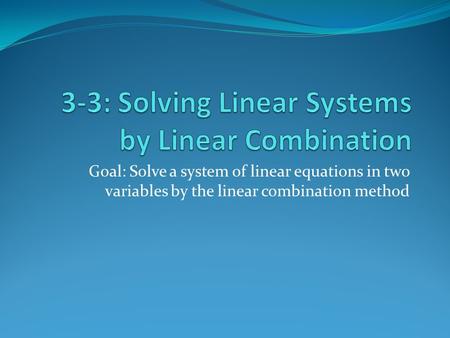 Goal: Solve a system of linear equations in two variables by the linear combination method. 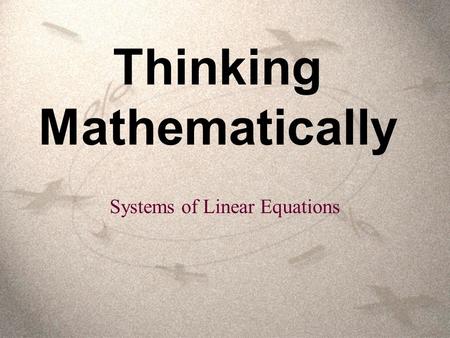 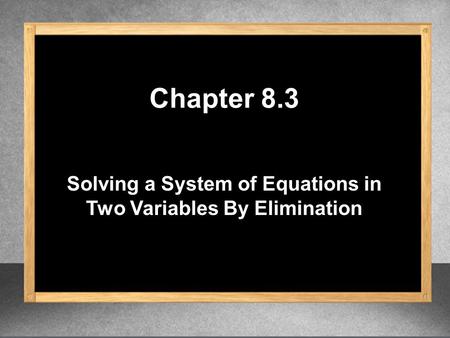 Solving a System of Equations in Two Variables By Elimination Chapter 8.3. 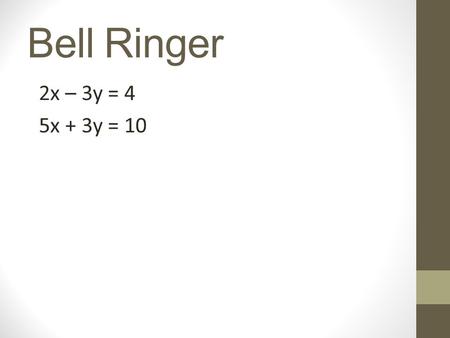 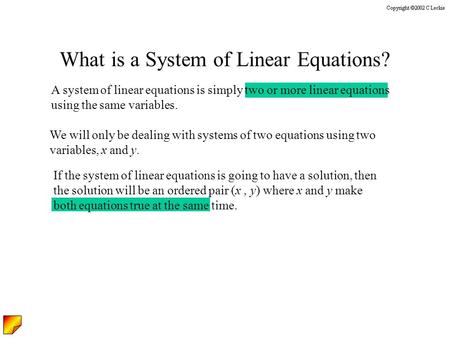 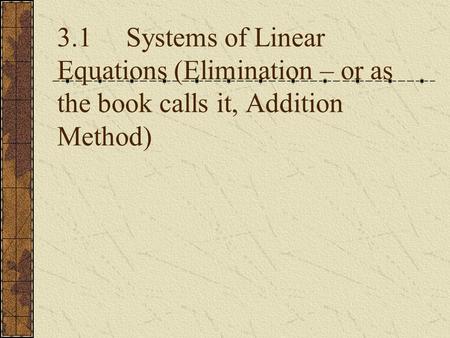 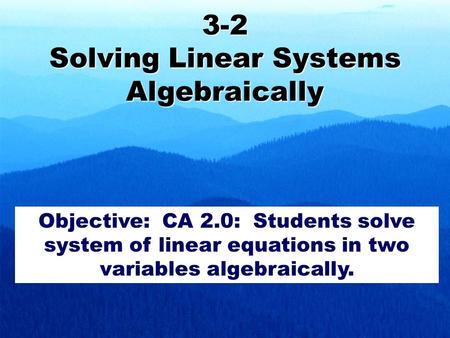 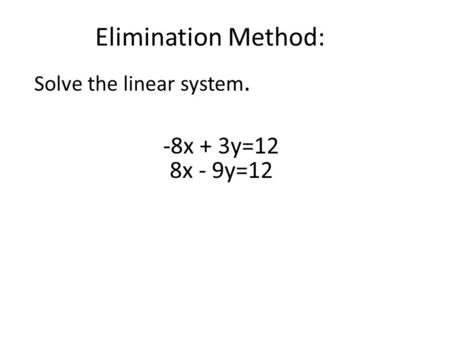 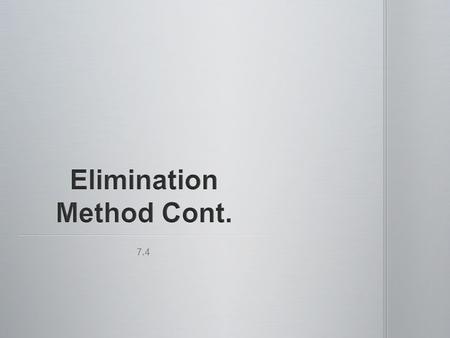 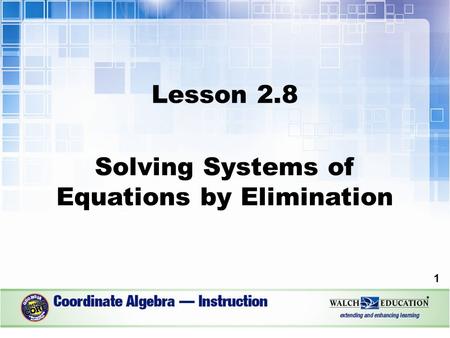 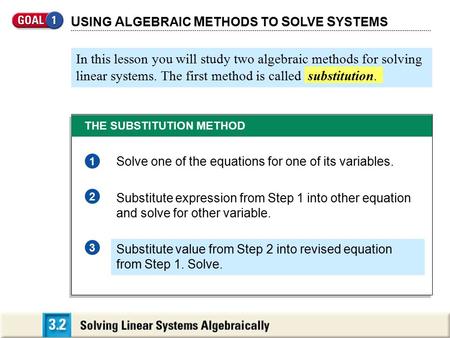 U SING A LGEBRAIC M ETHODS TO S OLVE S YSTEMS In this lesson you will study two algebraic methods for solving linear systems. The first method is called.