2 Latitude - Longitude Latitude – Imaginary lines on a map or a globe running from east to west across the world, but measuring north to south, also called parallels. Longitude – Imaginary lines on a map or globe running from north to south, but measuring east to west, also called meridians.

6 CREATE YOUR OWN WORLD In pairs, fill in the outline map using the map in your text book. Next, draw a map of the world in the parking lot with sidewalk chalk. You may use your completed outline map. You should include the following: All continents All ocean names and locations The equator The prime meridian A compass rose 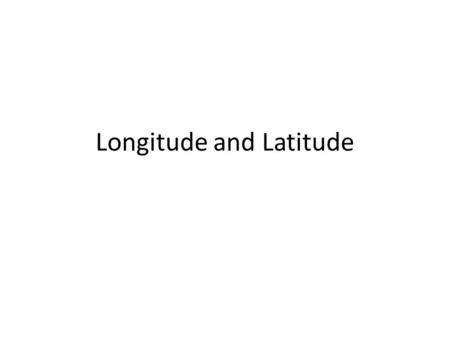 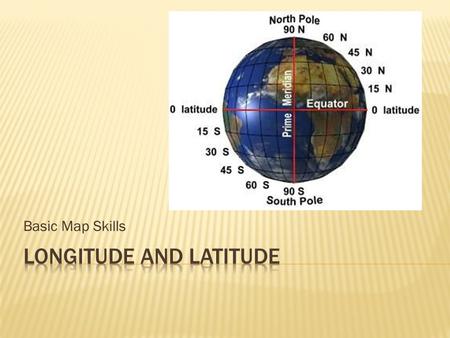 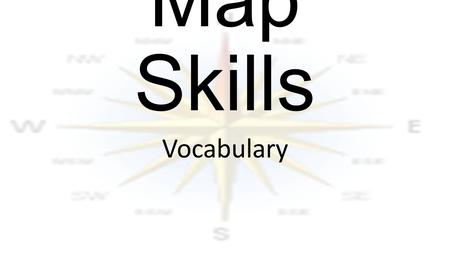 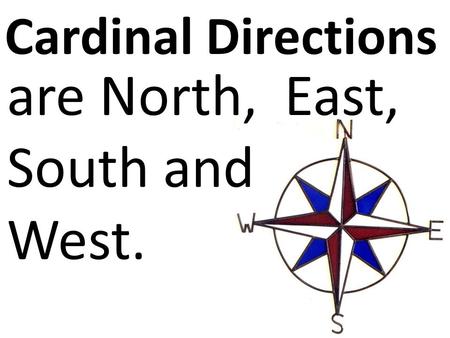 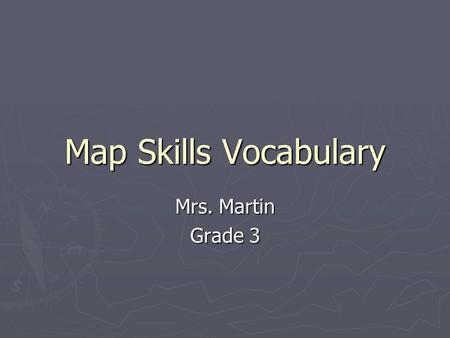 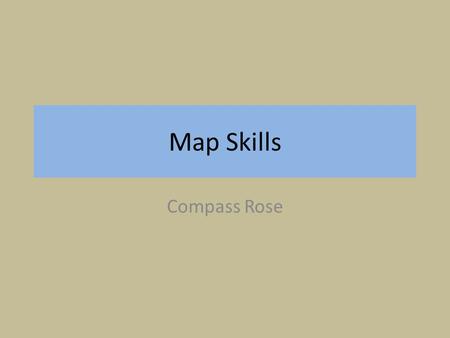 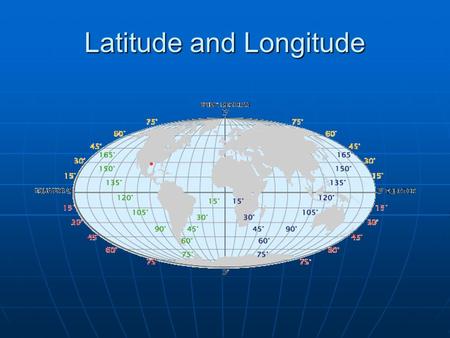