1 Chapter 20: An Urban Society 1865-1914
The New Immigrants What were some characteristics of the new wave of immigrants that arrived after 1865?

2 The “OLD” Immigrants Before 1865: Mainly Northern and Western Europeans

10 What happened there? 1st step: ferry to the island
2nd step: Examiners record names, country of origin, occupation, relatives in U.S. 3rd step: Health examination What if you didn’t pass the inspection? You may be sent back to your homeland, or you may be sent to the hospital complex on Ellis Island

14 The Nativist Movement Immigration caused prejudice; led to restrictions -immigrants blamed for problems 1882: Chinese Exclusion Act: Prohibited Chinese workers from entering the United States for 10 years Immigration Act of 1917: Literacy Requirement -Had to read or write in some language 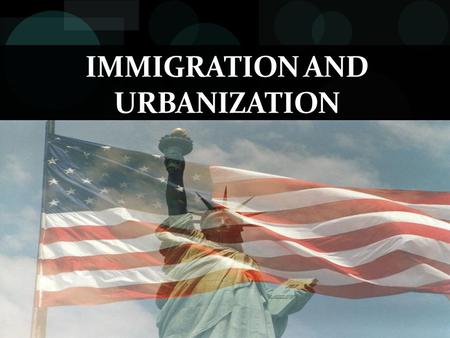 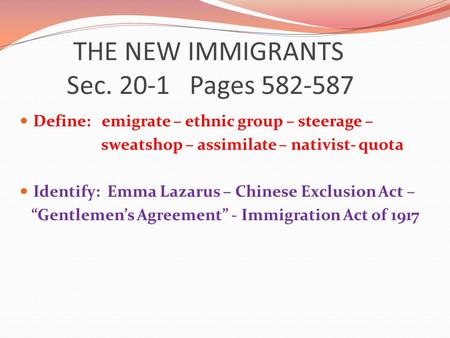 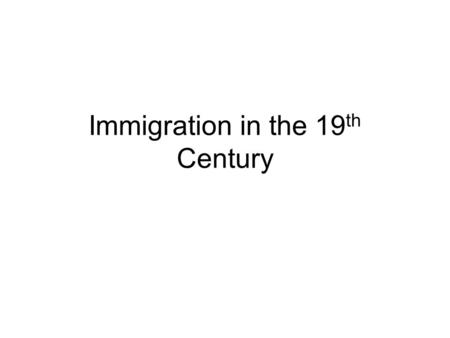 Immigration in the 19 th Century. Why it matters? Immigrants came in great numbers from Europe and Asia between 1870 and 1910, Provided cheap labor and. 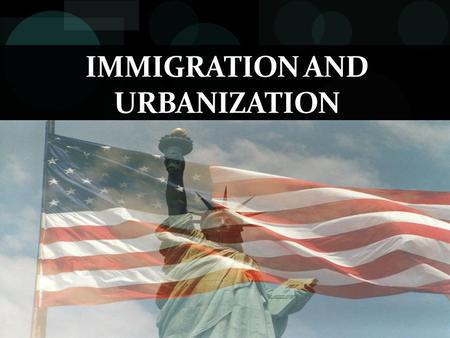 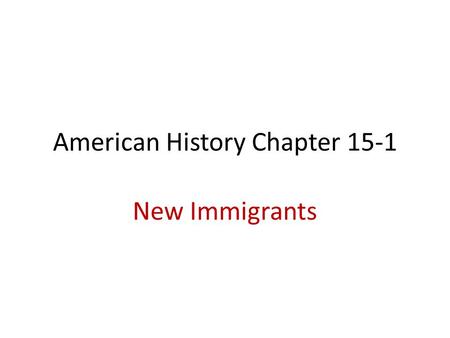 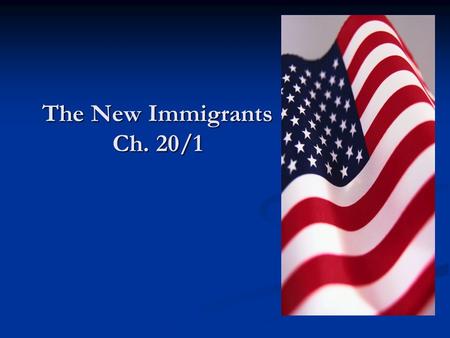 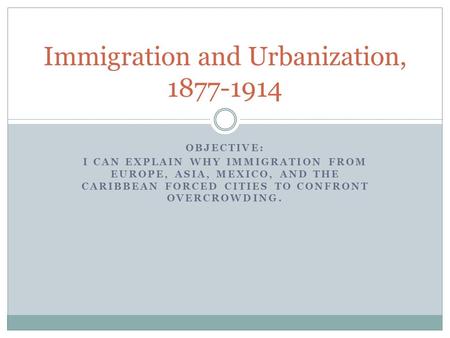 OBJECTIVE: I CAN EXPLAIN WHY IMMIGRATION FROM EUROPE, ASIA, MEXICO, AND THE CARIBBEAN FORCED CITIES TO CONFRONT OVERCROWDING. Immigration and Urbanization, 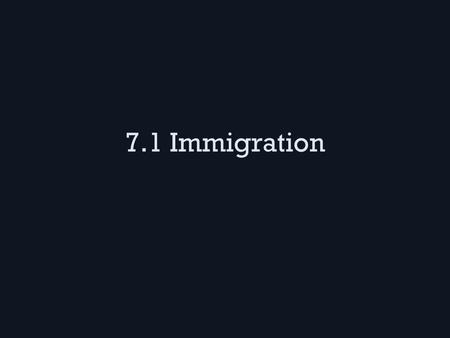