STRUCTURES OF GOVERNMENT The Iroquois Confederacy.

1 STRUCTURES OF GOVERNMENT The Iroquois Confederacy

2 Sovereignty 1. Supremacy of authority or rule as exercised by a sovereign or sovereign state. 2. Royal rank, authority, or power. 3. Complete independence and self-government. 4. A territory existing as an independent state.

4 Aboriginal Perspectives on Government  At the time of first contact, Aboriginal people had well established, long standing governments in place as complex as any found in Europe  Each nation recognized the sovereignty of the other; with many forming trade and political alliances with others  All aboriginal societies contained all elements of political communities and nationhood: their own cultures, languages, values, heritage, and territoriality

5 Aboriginal Government Systems Egalitarian  A political doctrine that holds that all people should be treated as equals and have the same political, economic, social, and civil rights.  Generally it applies to being held equal under the law and society at large.

6 Aboriginal Government Systems Democratic  A form of government in which power is held directly or indirectly by citizens under a free electoral system.  All members of the society (citizens) have equal access to power and all members enjoy universally recognized freedoms and liberties.

9 The Iroquois Confederacy Who: Who:Mohawk, Oneida, Onondaga, Cayuga, and Seneca What: What:Consisted of five First Nations When: When:Can be traced back to 1142 CE (Tuscaroras joined in 1722) Where: Where:Living south of Lake Ontario Why: Why:The original five First Nations were in a constant state of war and peace between them was needed

11 The Iroquois Confederacy  A constitution is a statement of the basic principles and laws of a nation, state, or group, such as the Canada’s constitution, The Constitution Act, 1867  Can be written or unwritten  These are the laws which state how we are to govern ourselves

12 The Iroquois Confederacy  People of the Iroquois Confederacy are known today as the Haudenosaunee  Livelihood as accomplished farmers enabled people to establish communities  Developed a complex system based on democratic principles  Power of government began with the individual and flowed outward to the family, clan, village, nation, and then Confederacy

14 The Iroquois Confederacy  Culture was matrilineal – families and clans trace ancestral lines on the mother’s side  Men still became chiefs  Oldest woman in village was known as the Clan Mother – held balance of power and had authority to appoint and remove chiefs  Other roles – caretakers of the land, controlling family economic interests, and educating younger generations 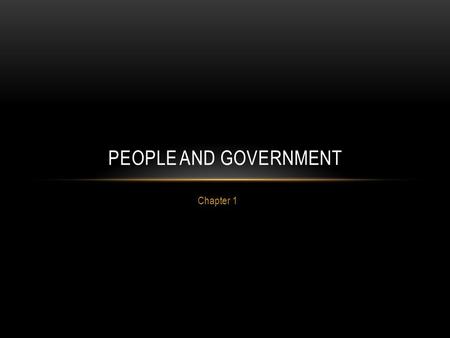 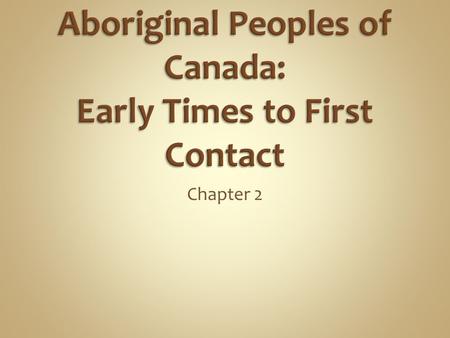 Chapter 2. Came to Canada at 3 different times and for 3 different reasons: – 1 st – Mohawk and Oneida 1670 b/c of missionary efforts of the Jesuits (French. 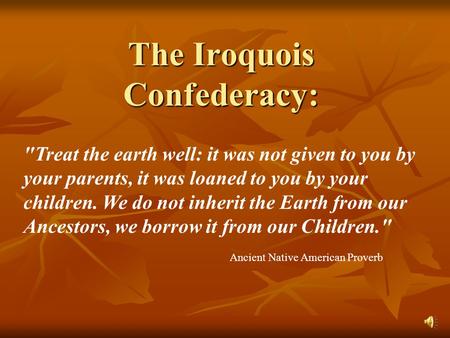 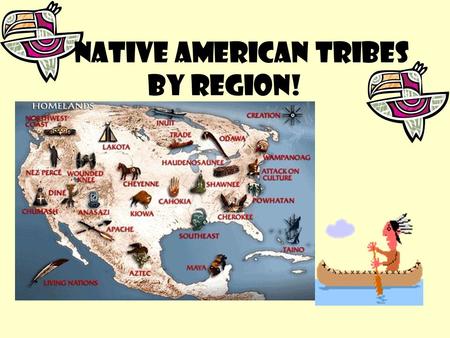 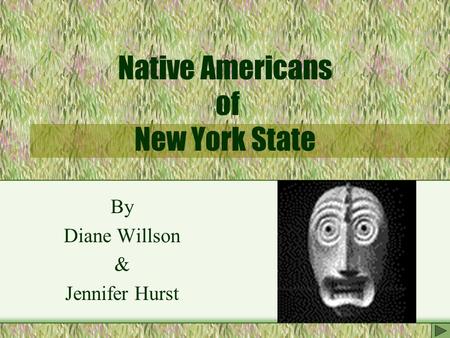 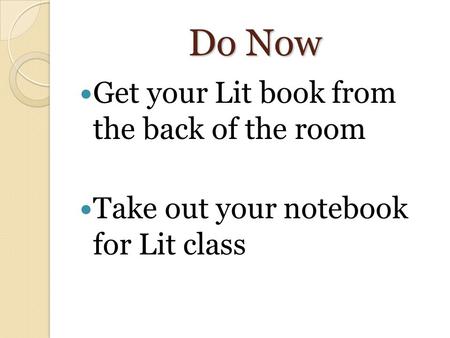 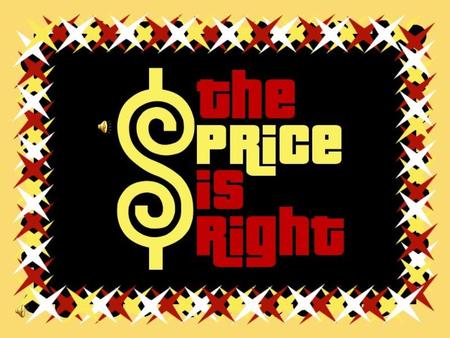 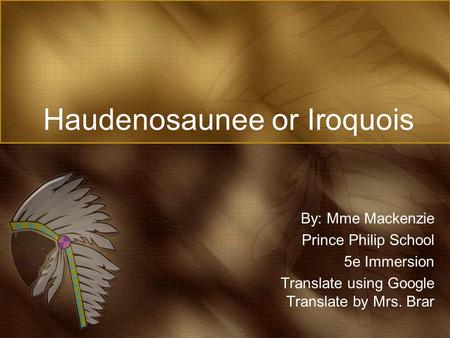 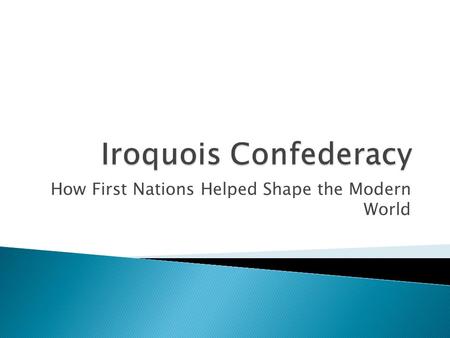 How First Nations Helped Shape the Modern World. Who are they? 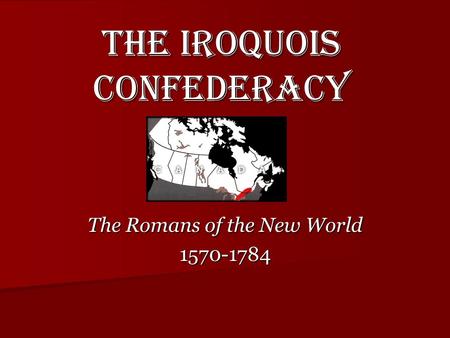 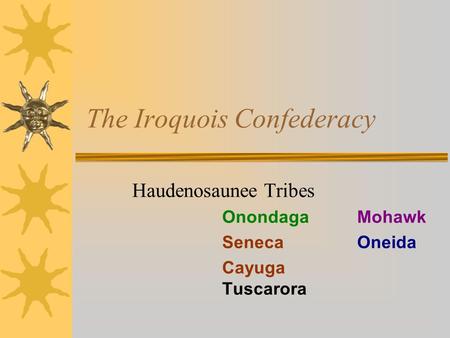 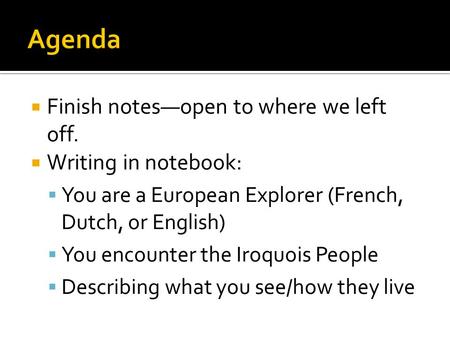  Finish notes—open to where we left off.  Writing in notebook:  You are a European Explorer (French, Dutch, or English)  You encounter the Iroquois. 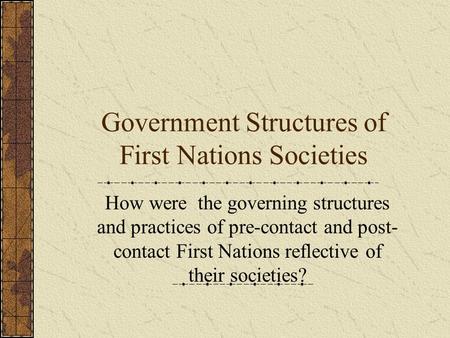 Government Structures of First Nations Societies How were the governing structures and practices of pre-contact and post- contact First Nations reflective. 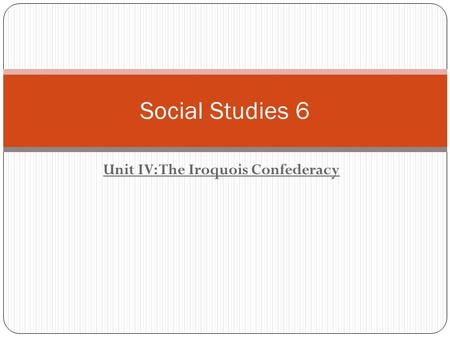 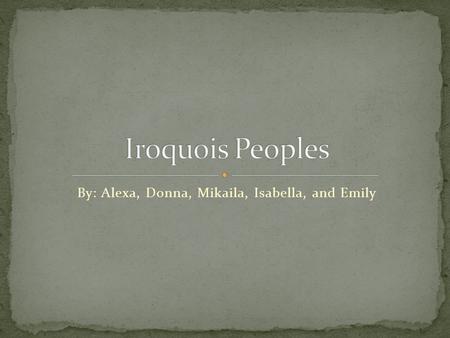 By: Alexa, Donna, Mikaila, Isabella, and Emily. The original homeland of the Iroquois was in upstate New York between the Adirondack Mountains and Niagara. 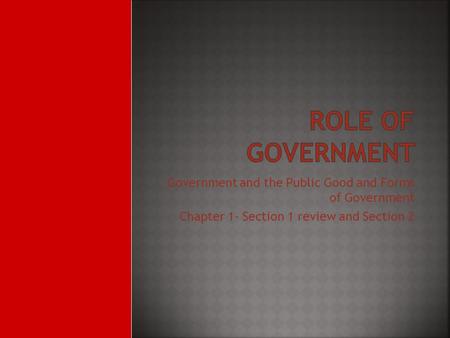 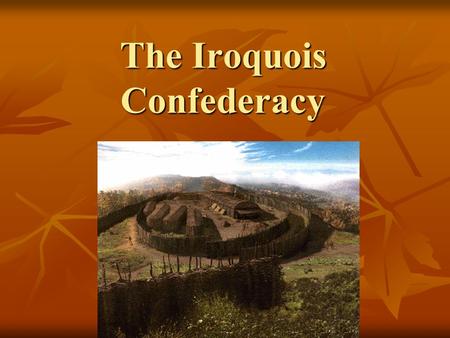