3 Government Types of government are defined by:  How much control does the government have?  Where does the power come from?  How is the ruler changed?  How much freedom do the people have?  What about minorities?

4 Democracy “Government by the people”  Government is shaped by the people  Rule by the majority – directly or indirectly  Human rights and individual freedoms are valued, encouraged  Free elections for all people eligible to vote  While democracies tend to protect the rights of individuals in the minority, these are not guaranteed  Switzerland is a democracy

7 Theocracy “Power of religion”  A religious leader or council has ultimate authority  Power comes from religious belief  Rulers are chosen by the church  People are limited by religious law, as interpreted by the government  Minorities, particularly religious minorities, may be discriminated against  Iran is a theocracy

9 Totalitarianism “Ultimate control”  Government controls all aspects of their citizens’ lives  Dictatorship with unlimited authority  Rule until death or removal  No freedom, and significant repression (of all, including minorities)  Burma is a totalitarian state 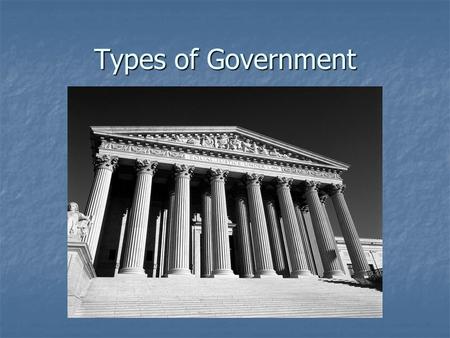 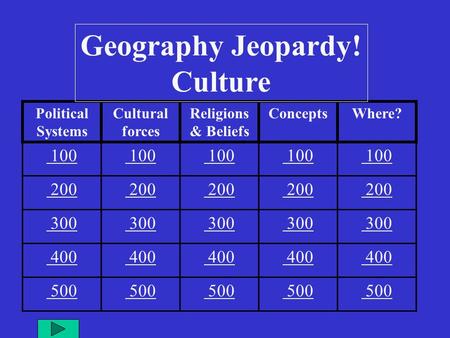 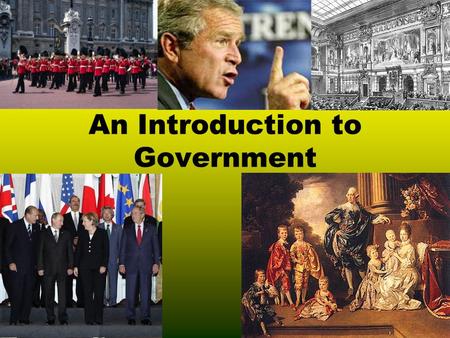 An Introduction to Government ??? What IS Government??? Government = an institution through which society makes and enforces laws. 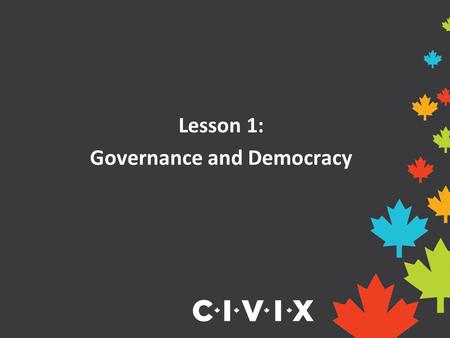 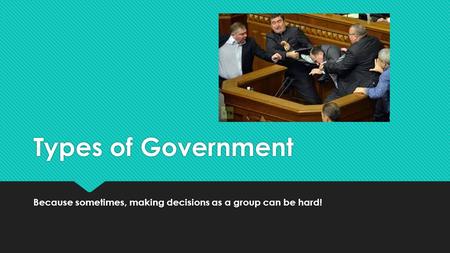 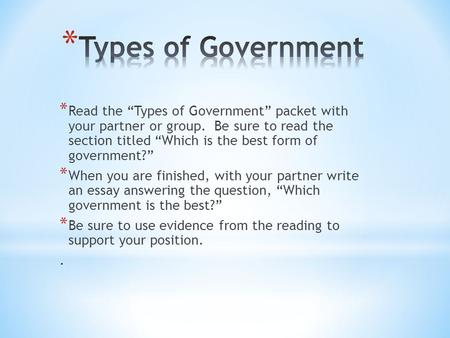 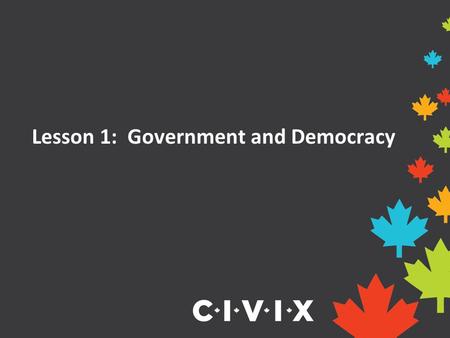 Lesson 1: Government and Democracy. What is government? The role of government is to make decisions and laws that protect people living within its borders, 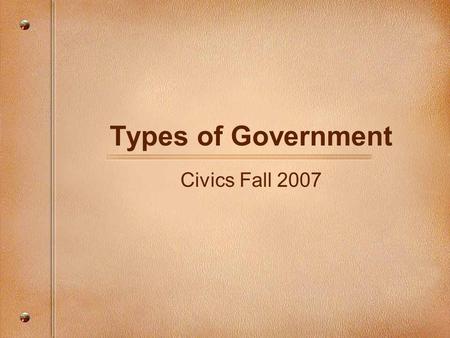 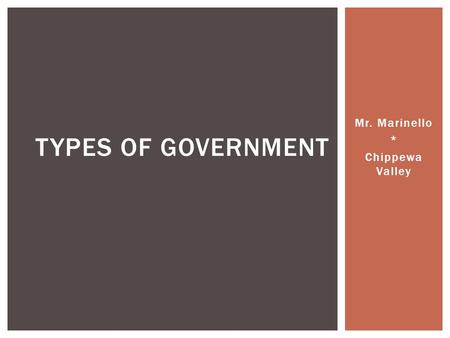 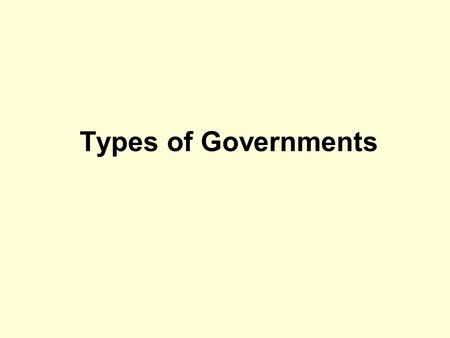 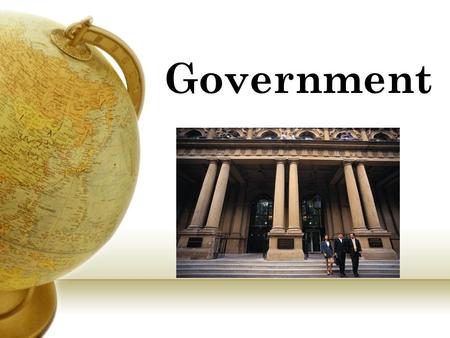 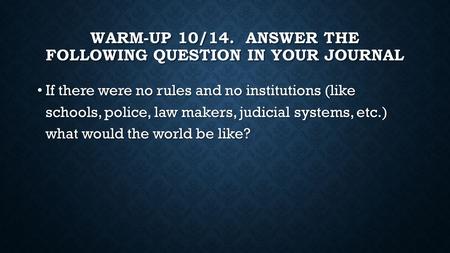 WARM-UP 10/14. ANSWER THE FOLLOWING QUESTION IN YOUR JOURNAL If there were no rules and no institutions (like schools, police, law makers, judicial systems,