13 Example: Servicing Air Conditioners Based on service records from the past year, the time (in hours) that a technician requires to complete preventative maintenance on an air conditioner follows the distribution that is strongly right-skewed, and whose most likely outcomes are close to 0. The mean time is µ = 1 hour and the standard deviation is σ = 1 Your company will service an SRS of 70 air conditioners. You have budgeted 1.1 hours per unit. Will this be enough? Since the 10% condition is met (there are more than 10(70)=700 air conditioners in the population), the sampling distribution of the mean time spent working on the 70 units has Sample Means The sampling distribution of the mean time spent working is approximately N(1, 0.12) since n = 70 ≥ 30. If you budget 1.1 hours per unit, there is a 20% chance the technicians will not complete the work within the budgeted time. We need to find P(mean time > 1.1 hours)

14 + Section 7.3 Sample Means In this section, we learned that… Summary

15 + Section 7.3 Sample Means In this section, we learned that… Summary 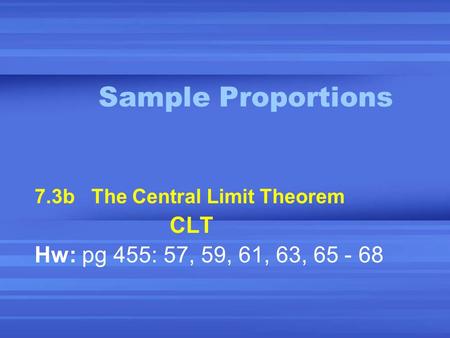 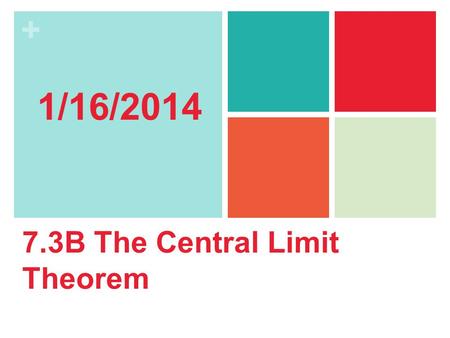 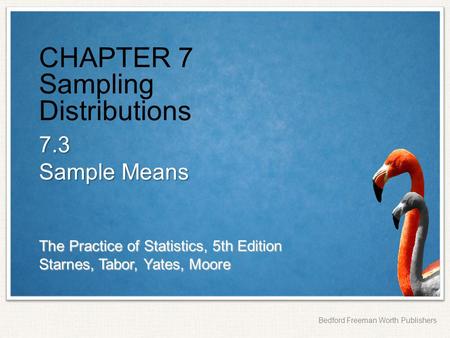 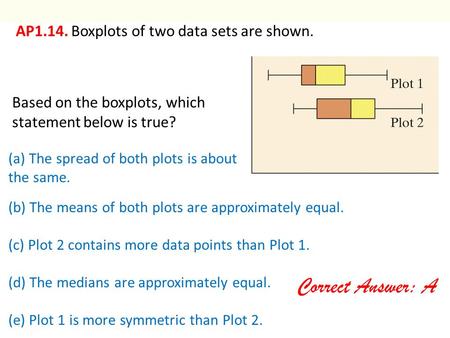 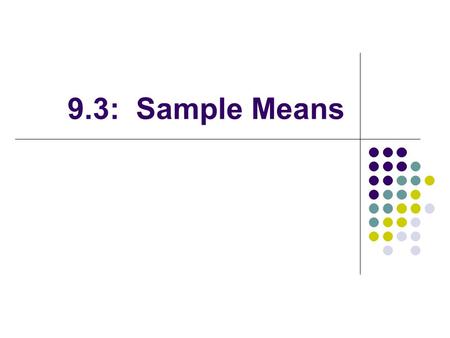 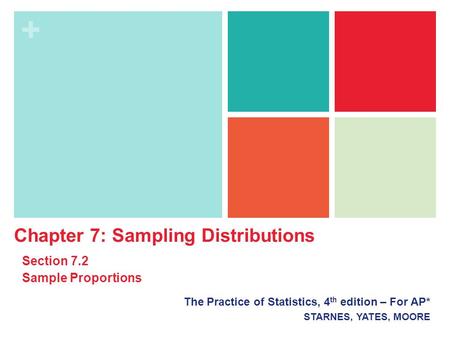 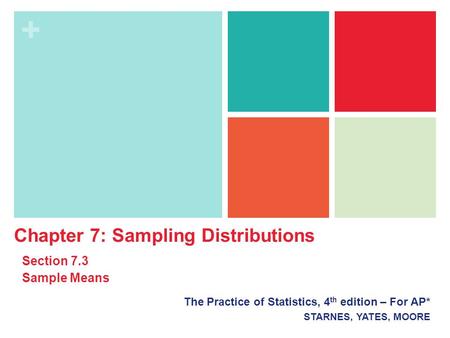 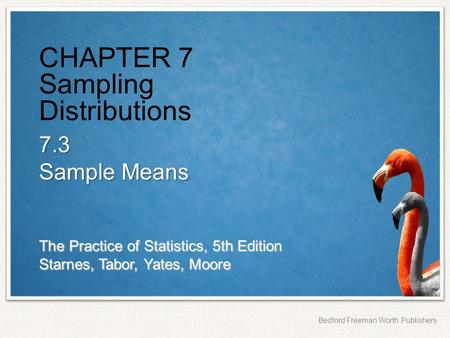