Chapter 6 Review and Breathe. The Wave Nature of Light Electromagnetic radiation is one way energy travels through space. Wavelength is inversely proportional.

2 The Wave Nature of Light Electromagnetic radiation is one way energy travels through space. Wavelength is inversely proportional to frequency =c/

3 The Particle Nature of Light Energy is gained or lost in whole number multiples. ΔE=nh This energy is Quantized. Electromagnetic radiation is quantized as photons.

4 Dual Nature of Light Photons have energy of E photon = hc/ Energy is also E=mc 2 (c=speed of light) Thus: m=E/c 2 Substitute E=hc/ in the above equation m=hc/c 2 And finally: m=h/c Light acts as a wave and has mass

5 Do particles have wave characteristics? If a photon has mass m=h/c while it is moving… Then a particle moving at a velocity v has a wavelength using the equation m=h/v Solve for and =h/mv This is de Broglie’s equation.

6 Atomic spectrum of Hydrogen When light is passed through a prism one gets an emission spectrum. When all wavelengths are possible one gets a continuous spectrum. When energy is quantized the spectrum is a line spectrum, or discrete.

7 How do electrons emit light?

8 The Bohr model Bohr proposed that in a hydrogen atom the electron orbits the nucleus in allowed circular orbits. Each orbit has an energy associated with it. E=-2.178x10 -18 J (Z 2 /n 2 )

9 Quantum Mechanical Model Bohr’s model doesn’t work for atoms larger than hydrogen. Electrons are not behaving in a manner that agrees with the circular orbit model.

11 But where is the electron? Heisenberg’s uncertainty principle states that we cannot know with certainty both how fast an electron is moving and where it is. Δx * Δ(mv)> h/4  Probability distribution

18 Hund’s Rule The lowest energy configuration In an orbital is one having the maximum number of unpaired electrons allowed by the Pauli Principle in a set of degenerative orbitals. 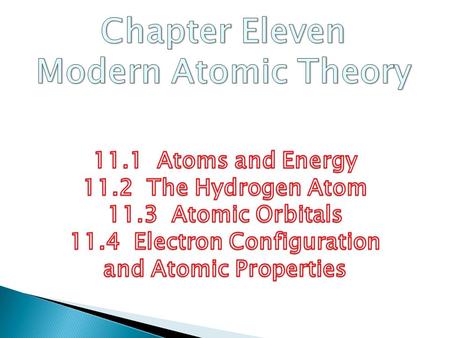 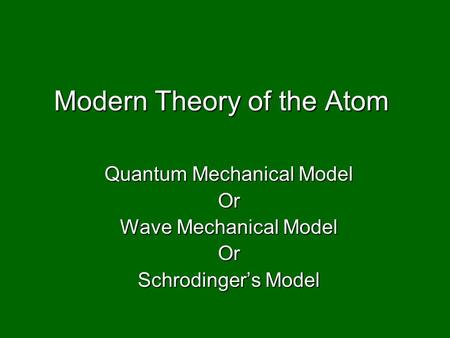 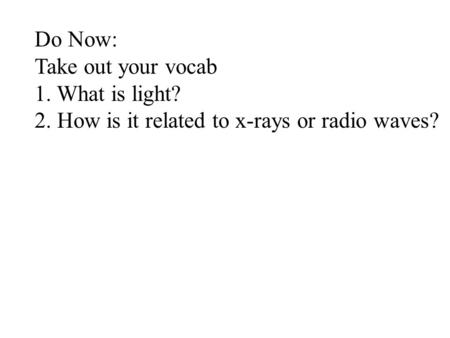 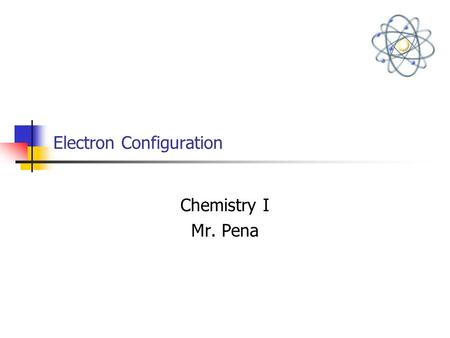 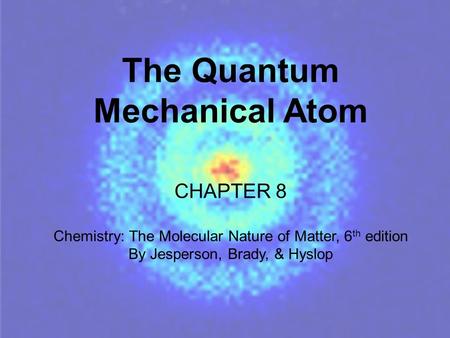 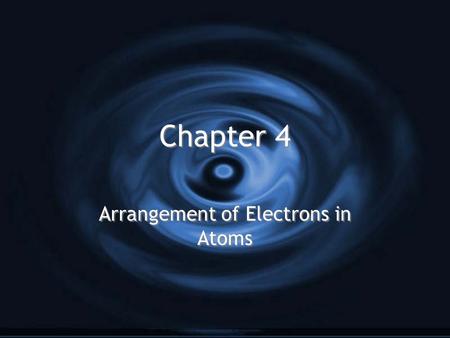 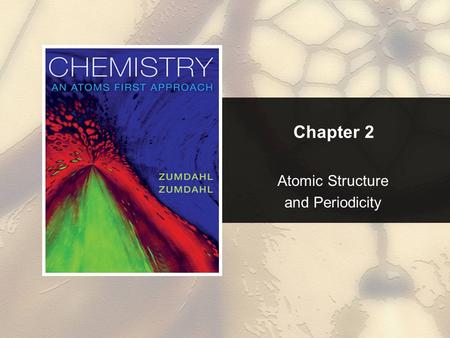 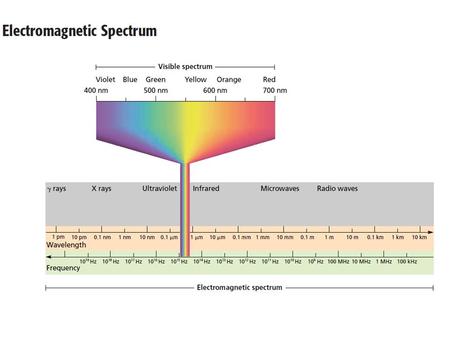 Atomic Models Scientist studying the atom quickly determined that protons and neutrons are found in the nucleus of an atom. The location and arrangement.