2 The Periodic Table: the key to electronic structure

10 What do these have in common? Color and intensity of light are temperature dependent. Different colors of light are produced by each gaseous element.

18 Rydberg Equation  n i and n f are integers; n i > n f for emission  Used to calculate the wavelengths of the lines in the line spectrum of hydrogen ↑ R H

19 Bohr Model of the Atom Postulates: 1. Orbits have certain radii, which correspond to certain energy levels. 2. An electron in an orbit has a specified energy. 3. Energy is only emitted and absorbed by an electron as it moves from one energy state to another.

23 e - transition practice Calculate the wavelength, energy, and frequency for an electron transition from n = 5 to n = 3.

24 Limitations of the Bohr Model  Offered an explanation of the hydrogen atom, but failed for other atoms.  The electron does not orbit about the nucleus. But, 1. Electrons do exist in energy levels. 2. Energy is involved in moving an electron between energy levels.

26 Heisenberg Uncertainty Principle  It is impossible to know both the position and momentum of a particle at a given time.  Heisenberg may have been here!  Enter quantum mechanics, a way to deal with both the wavelike and particle-like behavior of the electron.

29 So what are these orbitals anyway?  The Periodic Table gives us the answer.  A rule first: Each orbital can hold only one pair of electrons – with spins of +½ and −½ ↿⇂

30 The Periodic Table: the key to electronic structure

43 6.7 Many-Electron Atoms Rules of Orbital Filling 1. Pauli Exclusion Principle – In a given atom, no two electrons can have the same set of four quantum numbers, i.e. only two electrons per orbital. 2. Aufbau Principle – Lowest energy orbitals are filled first. 3. Hund’s Rule – For degenerate orbitals, the lowest energy is attained with maximum number of unpaired electrons.

49 Electron Configurations of Ions (pp. 262-263)  Cations:  Remove electron(s) from the orbital(s) with the highest n and highest l.  For transition metals the s electrons are removed first.  Anions:  Add electron(s) to the empty or partially filled orbitals with the lowest value of n. 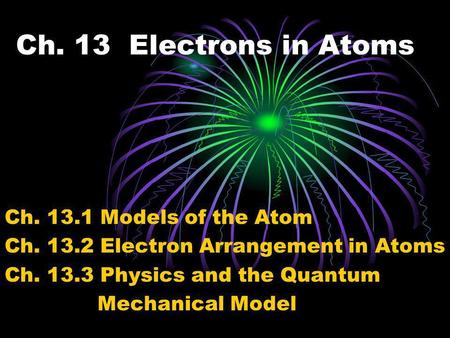 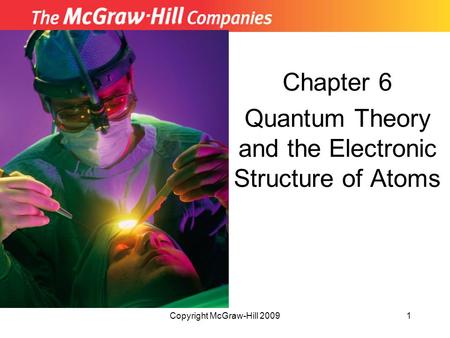 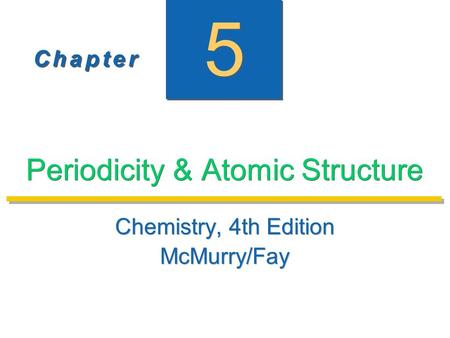 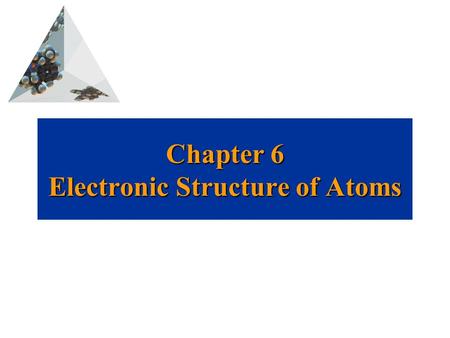 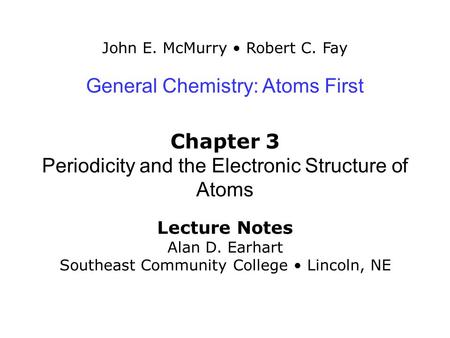 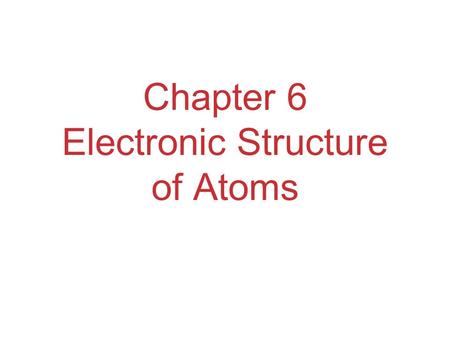 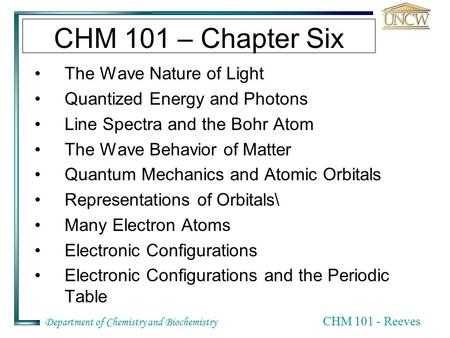