3 Ordered Pairs (Coordinate System)  In mathematics, a COORDINATE SYSTEM is used to locate points.  The coordinate system is formed by the intersection of two number lines that meet at right angles at their zero points.

6 Ordered Pairs  To graph an ordered pair, draw a dot at the point that corresponds to the ordered pair. The coordinates are your directions to locate the point.

12 Why do we use scatterplots?  Scatterplots allows us to SEE the relationship between two sets of data. Point 1= (5, 10)

13 Scatterplot and Relationships Scatterplots can show us three types of relationships between our variables 1. POSITIVE 2. NEGATIVE 3. NO RELATIONSHIP ?? “think up” “think down”

14 Positive Relationships  Shows a shape going UP the graph.  The plots are going up the graph, showing us that when one variable increases, the other does also. “As Variable 1 increases, Variable 2 increases”

16 No Relationship  The plots are scattered all over the graph, showing us that there is no obvious pattern or relationship between the two variables. ??

21 Predict…  Age of car and value of car 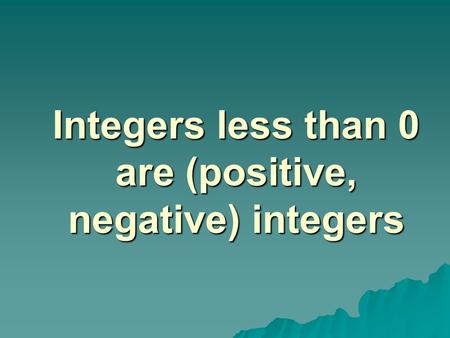 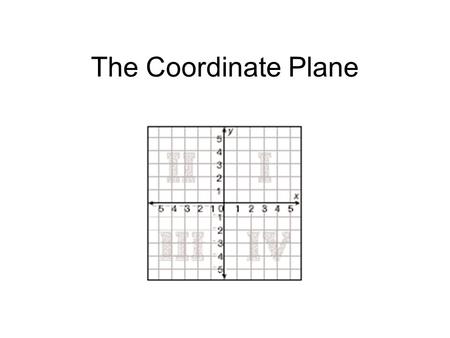 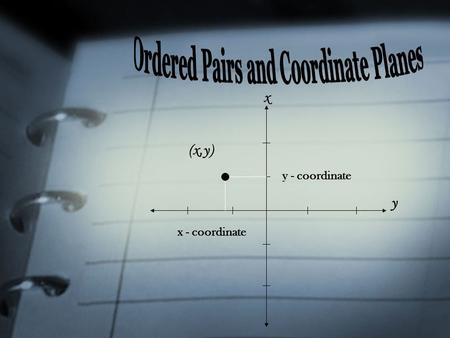 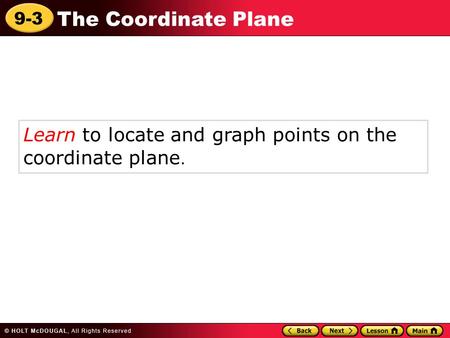 Learn to locate and graph points on the coordinate plane. 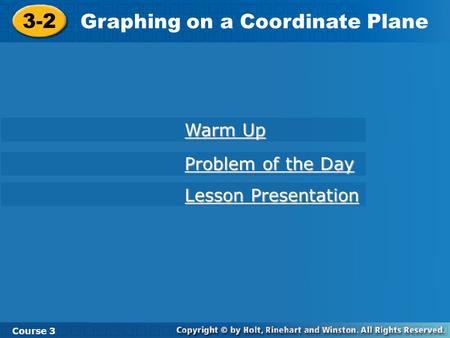 Graphing on a Coordinate Plane 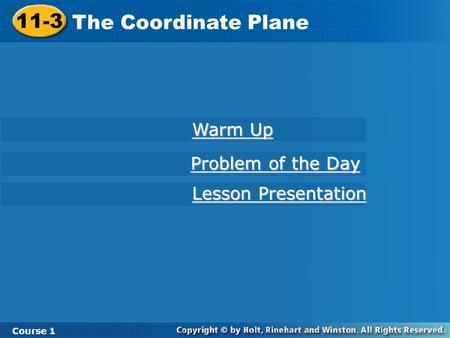 11-3 The Coordinate Plane Warm Up Problem of the Day 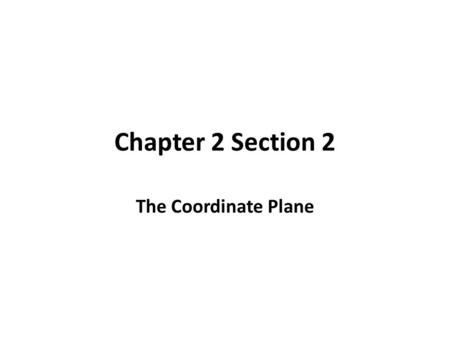 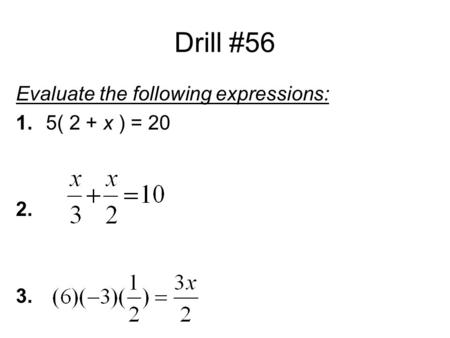 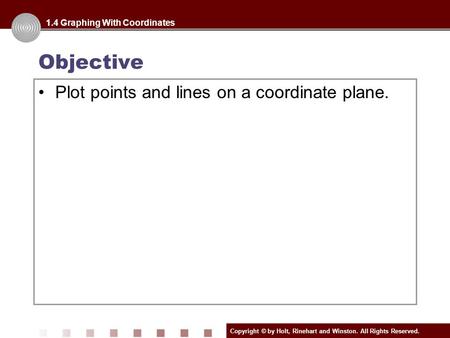 Copyright © by Holt, Rinehart and Winston. All Rights Reserved. Objective Plot points and lines on a coordinate plane. 1.4 Graphing With Coordinates. 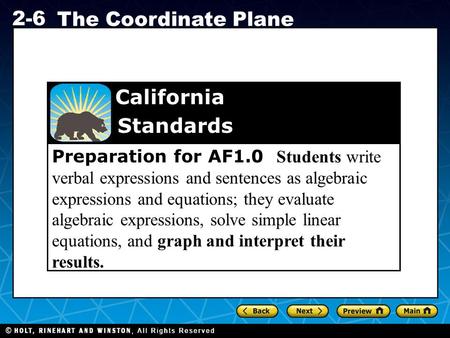 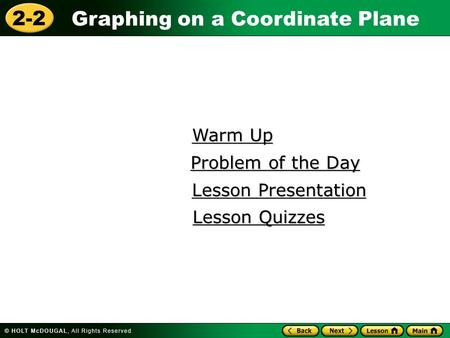 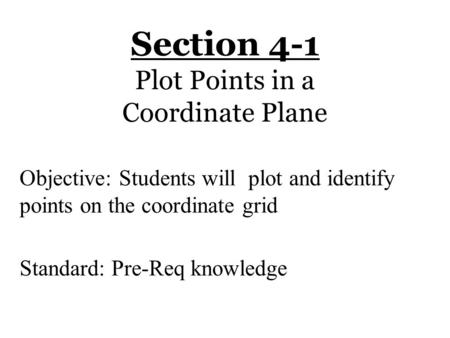 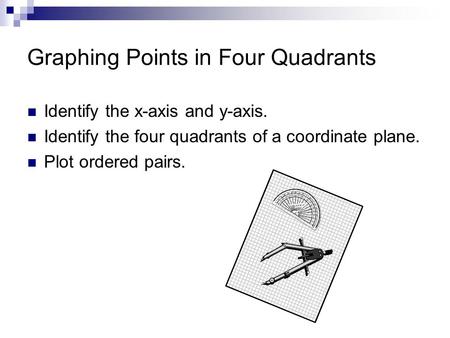 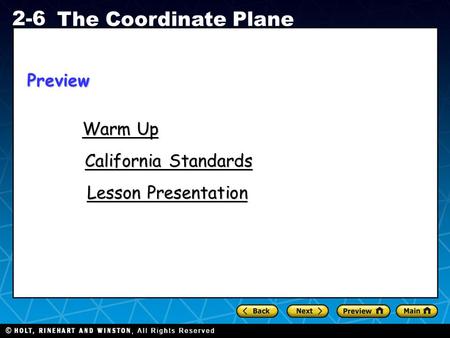 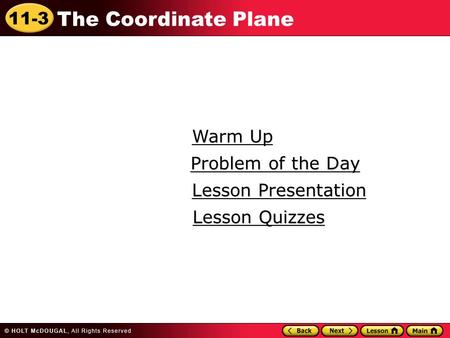 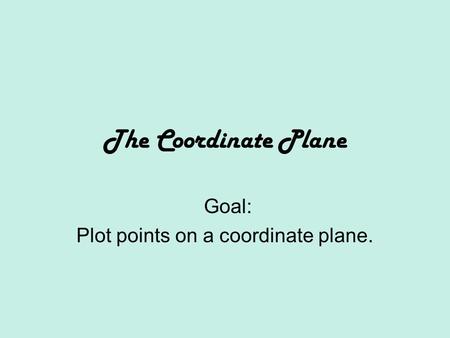 The Coordinate Plane Goal: Plot points on a coordinate plane. 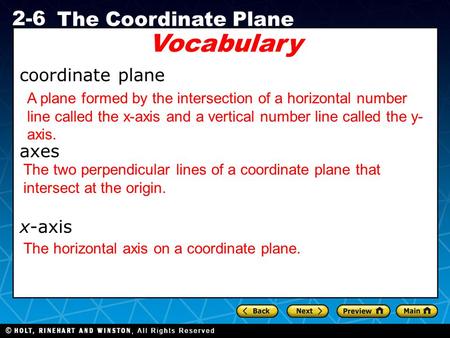 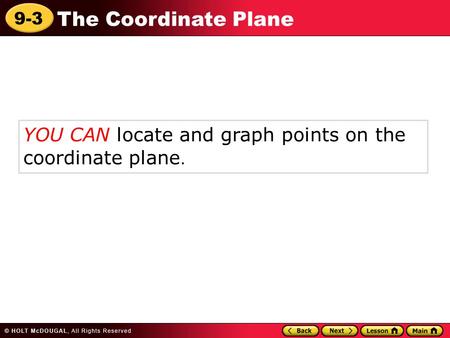 YOU CAN locate and graph points on the coordinate plane. 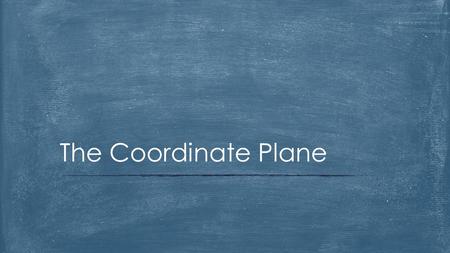 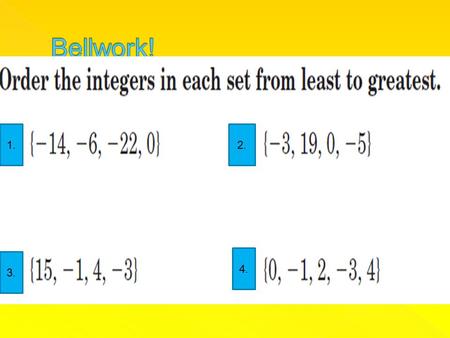