4 Scottish Executive Services need to be responsive not just to the needs of individual patients but also to the preferences of the public at large To redesign services from the perspective of patients - and to reflect this in all aspects of health service planning communities want; and consulting them over proposals for change Designed to Care, 1997

5 Scottish Executive We value the NHS as a public service which belongs to the people. Patients, staff and communities have a right to be involved in decisions which affect them Our National Health, 1998

6 DoH (1998) argues its only through involving communities that a better understanding of how local services need to change & develop will happen NHS Executive, 1998

8 It is often helpful to distinguish between involving people as individual users/patients and carers, and involving them as groups e.g. users/patients groups or as citizens. Ridley & Jones, 2002

10 Disease:concerns only the individual patient Health:concerns everyone EVERYONE SHOULD BE INVOLVED It is the task of the whole of society rather than the domain of a single profession or party Laaser et al, 1985

11 The people have a right and duty to participate individually and collectively in the planning and implementation of their health care WHO, 1978

14 There can be no substitute for the real world knowledge of service users Herd & Stalker, 1996

15 Patients/Public: Who represents them? Its very difficult (to consult). There are people who have, who can act as agents for patients, who are not doctors. I think we should be using them. The Local Health Council is a prime example, elected representatives of communities are another group… Hopefully they will look at the spectrum of patients rather than just those people in pressure groups… its getting a balance. Probably 10% of the population will be very vociferous and 90% of the population are extremely apathetic. GP

16 A Survey a technique of data collection that is systematic and structured questioning, either by interview or by questionnaire, of a relatively large number of respondents.

20 Consultation can produce results that do not represent the views of local people as a whole [!] It is.. very important to consider the make up of the local community and to avoid the risk of token consultation or involvement. Scottish Office Health Department. Consultation & Public Involvement in Service Change - Draft Interim Guidance, 2002

21 n No single form of participation or definition of community is adequate for general practice n Both are elastic and contested concepts Brown, 1994 Brown, 1994

22 Involving People When I use a word, Humpty Dumpty said in a rather scornful tone, it means just what I choose it to mean, - neither more nor less. Lewis Carroll 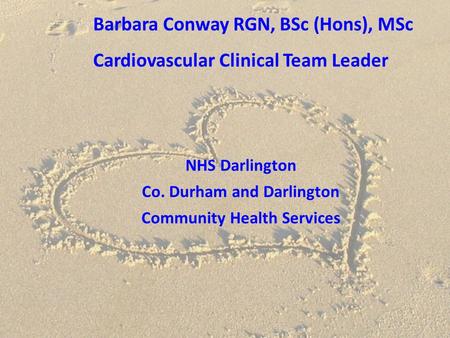 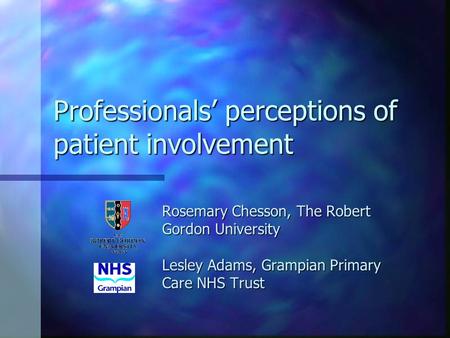 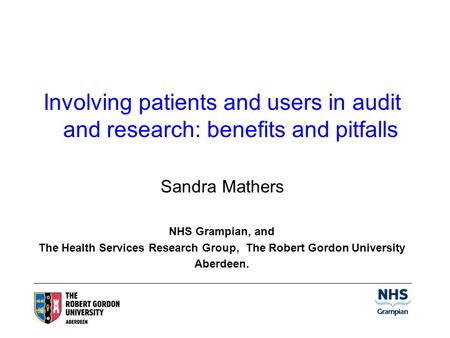 Involving patients and users in audit and research: benefits and pitfalls Sandra Mathers NHS Grampian, and The Health Services Research Group, The Robert. 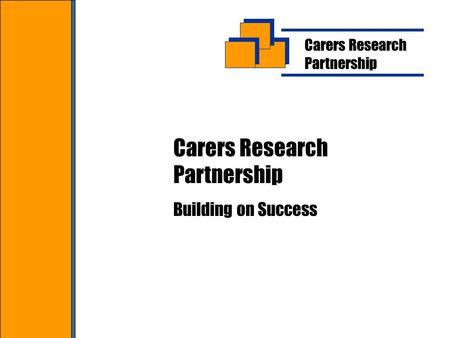 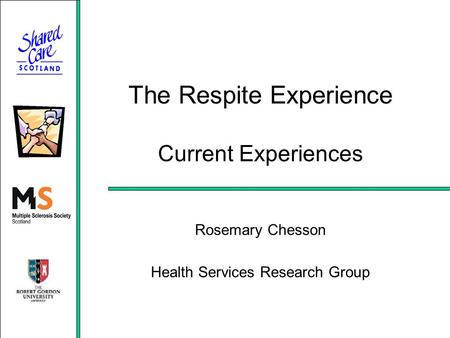 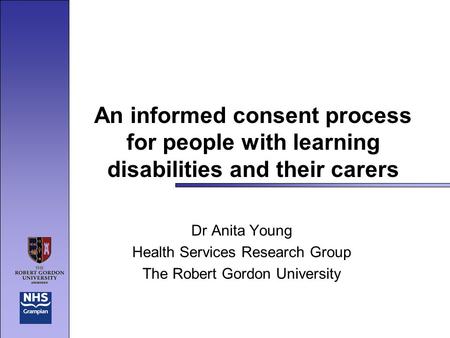 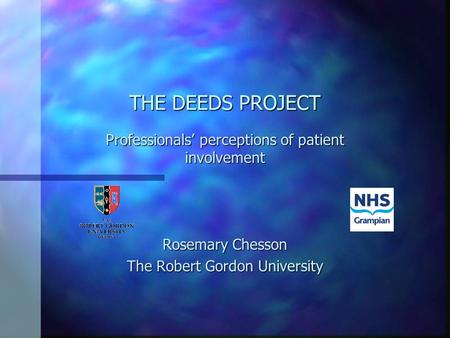 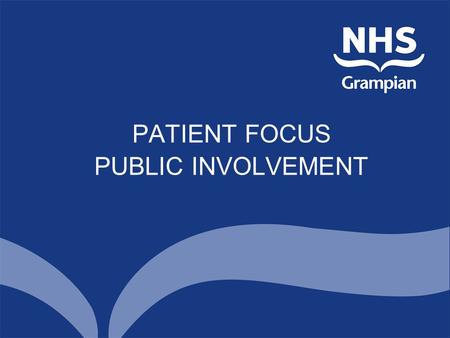 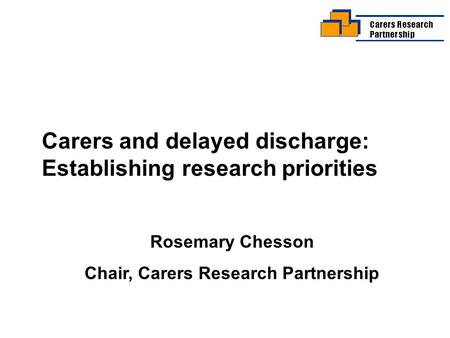 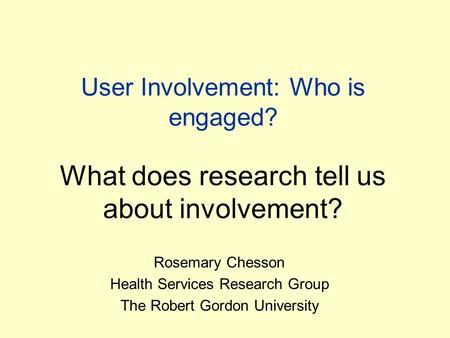 User Involvement: Who is engaged? What does research tell us about involvement? Rosemary Chesson Health Services Research Group The Robert Gordon University. 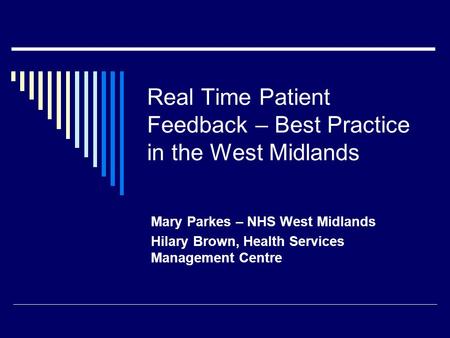 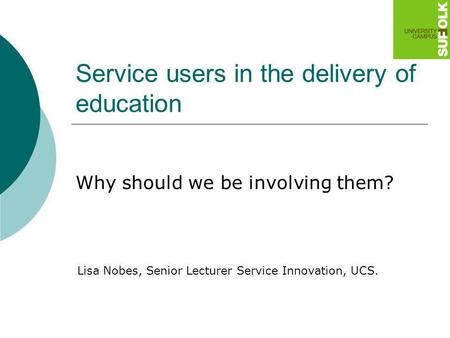 Service users in the delivery of education Why should we be involving them? Lisa Nobes, Senior Lecturer Service Innovation, UCS. 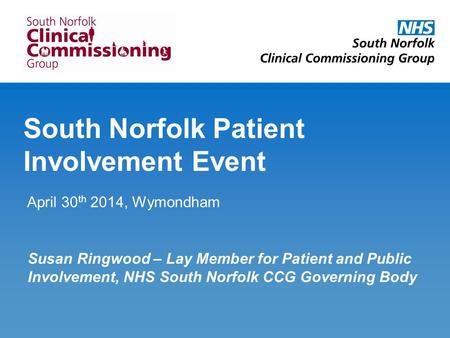 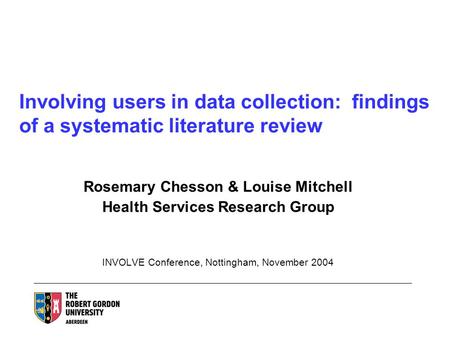 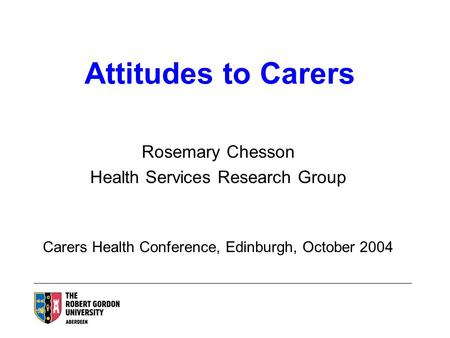 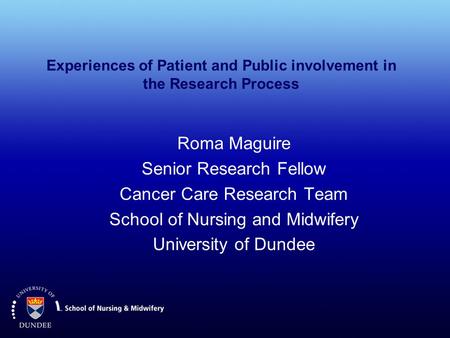 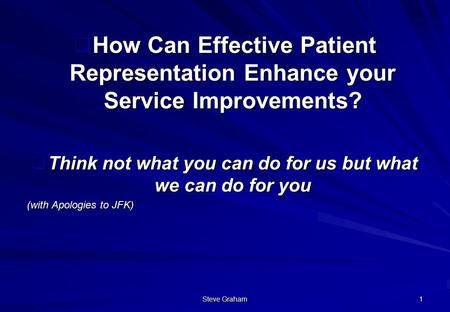 Steve Graham 1  How Can Effective Patient Representation Enhance your Service Improvements?  Think not what you can do for us but what we can do for. 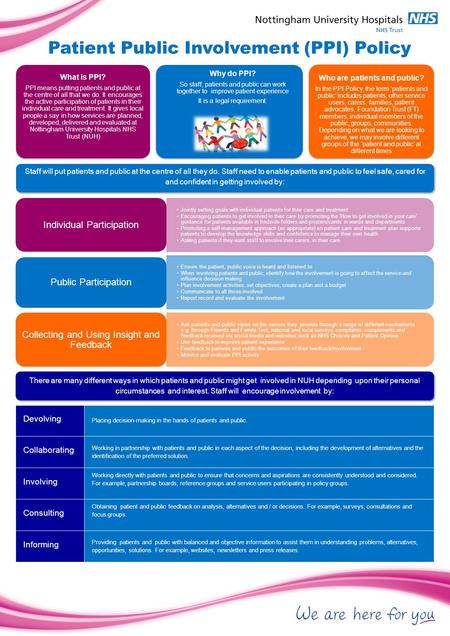 Patient Public Involvement (PPI) Policy What is PPI? PPI means putting patients and public at the centre of all that we do. It encourages the active participation. 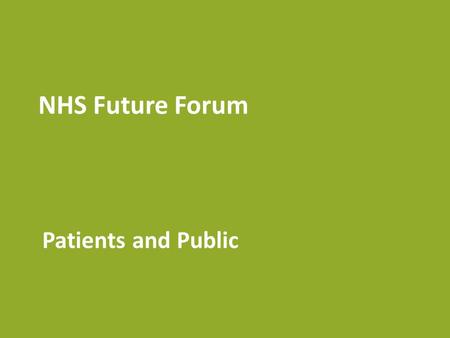 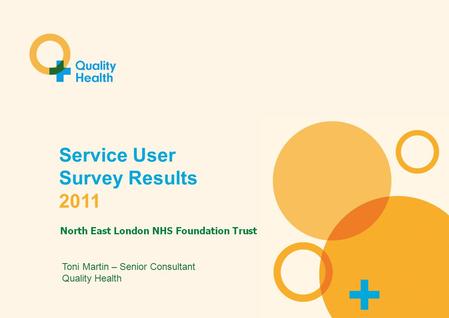