Presentation on theme: "Thanksgiving. The Harvest Most fruits and vegetables grow through the summer and are ready when autumn comes. This time is called the harvest."— Presentation transcript:

2 The Harvest Most fruits and vegetables grow through the summer and are ready when autumn comes. This time is called the harvest.

3 Harvest Festivals After the harvest, many people want to say thank you to God for all of the food. They go to church services called Harvest Festivals or Thanksgiving services. There are lots of fruit, vegetables, flowers and loaves of bread in the church.

4 The Trip In September of 1620 a group of English people called Pilgrims sailed from Plymouth, England to Cape Cod in North America. Their ship was Called The Mayflower.

5 New England The Pilgrims called their new home New England. They came to this new land because they wanted to grow food for themselves, not for others.

7 The First Winter Many Pilgrims died the first winter because it was so cold and they had little food.

8 The First Harvest In 1621, the Pilgrims had their first harvest. They wanted to give thanks, not only for the harvest, but for their new home, new life and new friends.

10 Thanksgiving in Canada Canada is north of the USA so the harvest is earlier. Thanksgiving is celebrated in Canada on the second Monday in October. This year it was on October 9th.

11 Thanksgiving Dinner Americans and Canadians eat a large dinner on Thanksgiving. Thanksgiving dinner always has turkey with lots of autumn vegetables like corn, squash, turnip, green beans and yams. The turkey is the most important part of the meal, for this reason Thanksgiving day is also called Turkey Day.

12 Dessert On Thanksgiving people eat many types of pies for dessert. For example, some popular pies are: Pumpkin pie, pecan pie and apple pie

13 Football In the USA, there are big football games on Thanksgiving. Most people like to eat their dinner and watch the game.

Download ppt "Thanksgiving. The Harvest Most fruits and vegetables grow through the summer and are ready when autumn comes. This time is called the harvest." 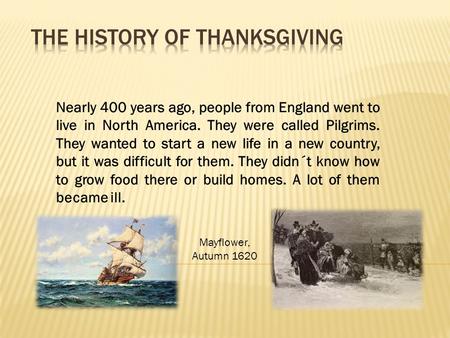 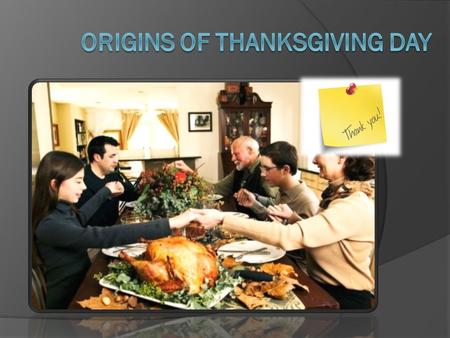 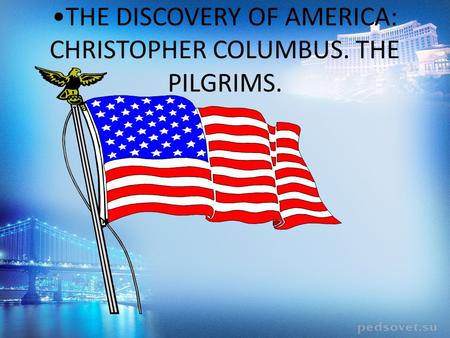 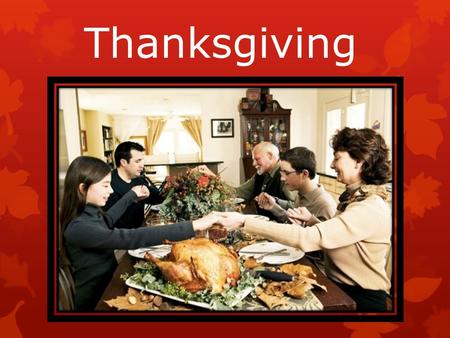 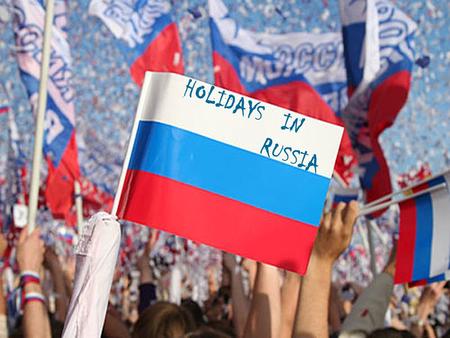 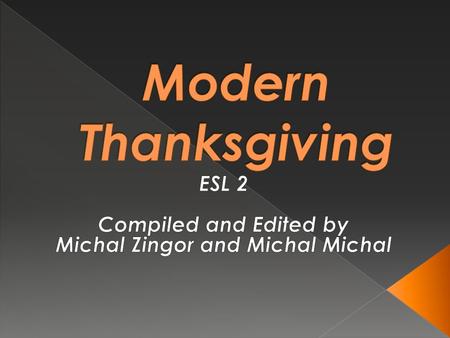