2 Background Sir Isaac Newton ( ) an English scientist and mathematician famous for his discovery of the law of gravity also discovered the three laws of motion. He published them in his book Philosophiae Naturalis Principia Mathematica (mathematic principles of natural philosophy) in Today these laws are known as Newton’s Laws of Motion and describe the motion of all objects on the scale we experience in our everyday lives.

3 “If I have ever made any valuable discoveries, it has been owing more to patient attention, than to any other talent.” -Sir Isaac Newton

4 Stopping to Think #1 Which has more inertia, a heavy ball or a light ball rolling at the same speed in the same direction? Think about which one is more resistant to a change in motion. The heavy ball has more inertia because it would take more force to change its motion than the light one.

5 Stopping to Think #2 What would happen to a baseball if you could throw it in outer space? Explain in terms of inertia and friction. Without friction, a thrown baseball would continue in a straight line at a constant speed forever, or until it encountered another force that changes its motion.

6 Stopping to Think #3 A car travels along a straight road at a steady 40 MPH. Are the forces on the car balanced or unbalanced? Explain. The forces are balanced. The frictional forces within the car and from the road are balanced by the equal but opposite force applied by the engine. The net force is zero, and the car travels with constant speed and direction.

7 Stopping to Think #4 Can a light object that is hit with a small force accelerate as rapidly as a heavier object hit with a big force? Why or why not? Yes, because the ratio of force to mass could be the same for the two situations. For example, the acceleration of 400 newtons/100 kg is the same as 4 newtons/1 kg.

8 Stopping to Think #5 If you hold a backpack in your hand, the force of gravity pulls it downward. What force keeps it from falling to the ground? Your hand applies an equal and opposite force on the backpack.

9 Newton’s Laws of Motion
1. An object in motion tends to stay in motion and an object at rest tends to stay at rest unless acted upon by an unbalanced force. 2. Force equals mass times acceleration (F = ma). 3. For every action there is an equal and opposite reaction.

11 What does this mean? Basically, an object will “keep doing what it was doing” unless acted on by an unbalanced force. If the object was sitting still, it will remain stationary. If it was moving at a constant velocity, it will keep moving. It takes force to change the motion of an object.

13 Some Examples from Real Life
A soccer ball is sitting at rest. It takes an unbalanced force of a kick to change its motion. Two teams are playing tug of war. They are both exerting equal force on the rope in opposite directions. This balanced force results in no change of motion.

14 Newton’s First Law is also called the Law of Inertia
Inertia: the tendency of an object to resist changes in its state of motion The First Law states that all objects have inertia. The more mass an object has, the more inertia it has (and the harder it is to change its motion).

15 More Examples from Real Life
A powerful locomotive begins to pull a long line of boxcars that were sitting at rest. Since the boxcars are so massive, they have a great deal of inertia and it takes a large force to change their motion. Once they are moving, it takes a large force to stop them. On your way to school, a bug flies into your windshield. Since the bug is so small, it has very little inertia and exerts a very small force on your car (so small that you don’t even feel it).

16 If objects in motion tend to stay in motion, why don’t moving objects keep moving forever?
Things don’t keep moving forever because there’s almost always an unbalanced force acting upon it. A book sliding across a table slows down and stops because of the force of friction. If you throw a ball upwards it will eventually slow down and fall because of the force of gravity.

17 In outer space, away from gravity and any sources of friction, a rocket ship launched with a certain speed and direction would keep going in that same direction and at that same speed forever.

23 What does this mean? For every force acting on an object, there is an equal force acting in the opposite direction. Right now, gravity is pulling you down in your seat, but Newton’s Third Law says your seat is pushing up against you with equal force. This is why you are not moving. There is a balanced force acting on you– gravity pulling down, your seat pushing up.

24 Think about it . . . What happens if you are standing on a skateboard or a slippery floor and push against a wall? You slide in the opposite direction (away from the wall), because you pushed on the wall but the wall pushed back on you with equal and opposite force. Why does it hurt so much when you stub your toe? When your toe exerts a force on a rock, the rock exerts an equal force back on your toe. The harder you hit your toe against it, the more force the rock exerts back on your toe (and the more your toe hurts).

25 Review Newton’s First Law:
Objects in motion tend to stay in motion and objects at rest tend to stay at rest unless acted upon by an unbalanced force. Newton’s Second Law: Force equals mass times acceleration (F = ma). Newton’s Third Law: For every action there is an equal and opposite reaction.

26 Vocabulary Inertia: the tendency of an object to resist changes in its state of motion Acceleration: •a change in velocity •a measurement of how quickly an object is changing speed, direction or both Velocity: The rate of change of a position along a straight line with respect to time Force: strength or energy

27 Activity 80 Major Concepts
An object will stay in motion or at rest unless acted upon by a force. Friction is a force that causes changes in speed of an object’s motion. The magnitude of the change in motion can be calculated using the relationship F = ma, which is independent of the nature of the force. The bigger the force applied to an object, the greater the acceleration. Whenever an object exerts a force on a second object, the second object exerts an equal and opposite force on the first. 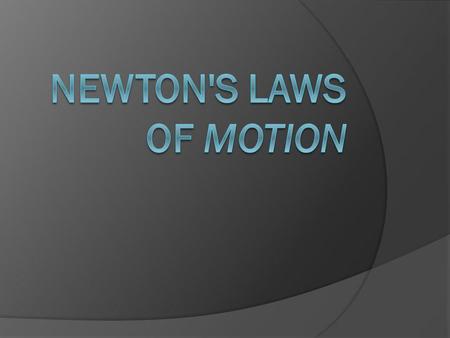 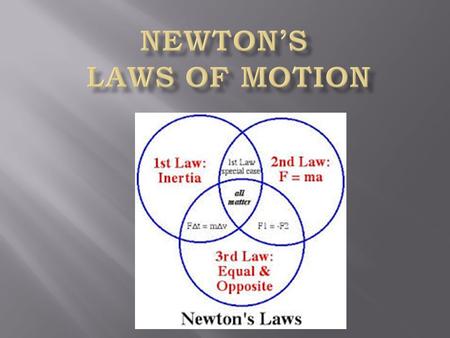 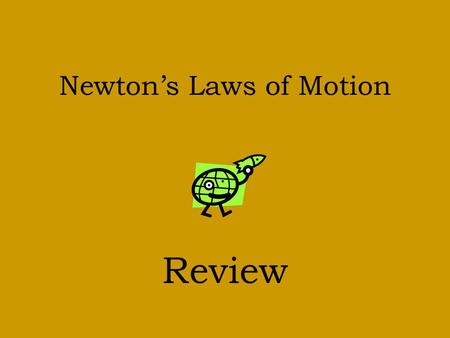 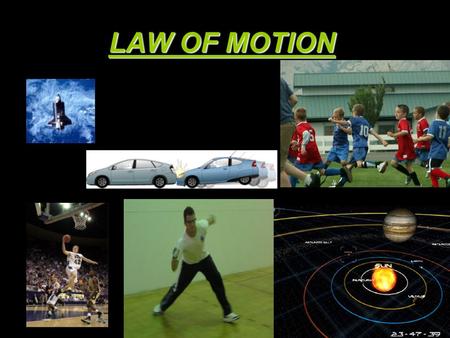 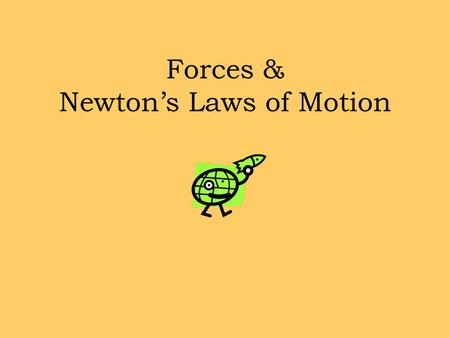 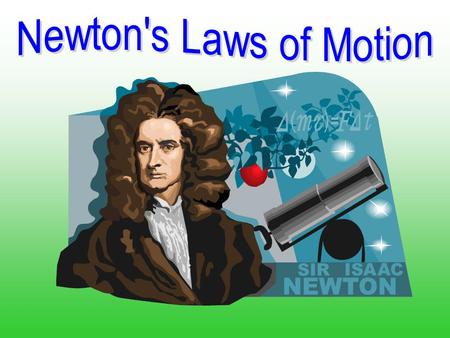 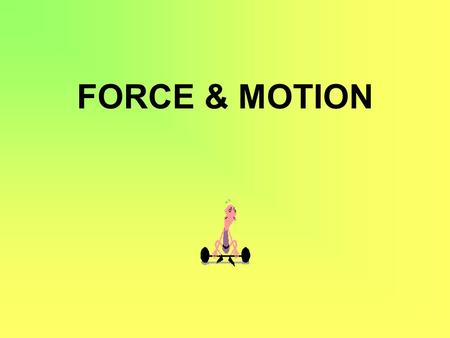 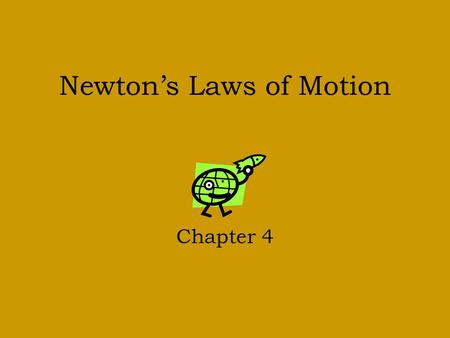 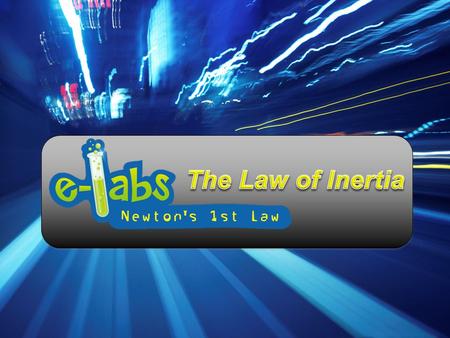 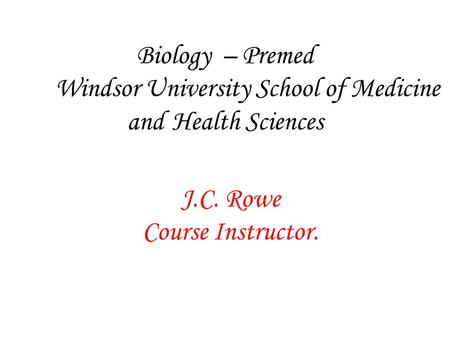 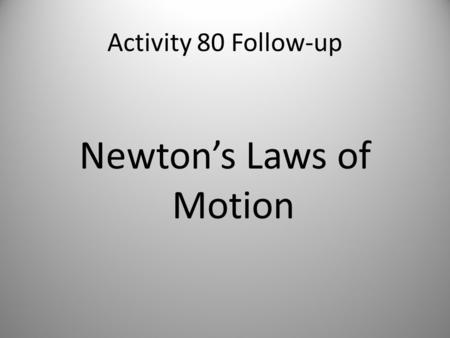 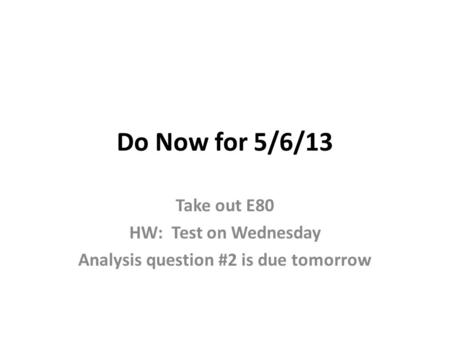 Analysis question #2 is due tomorrow 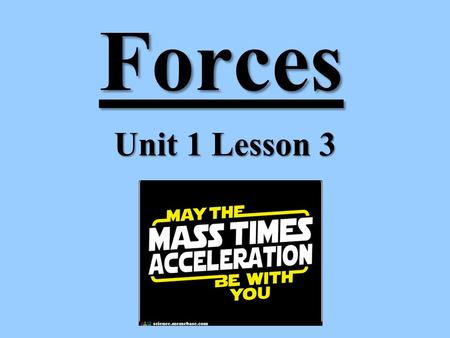 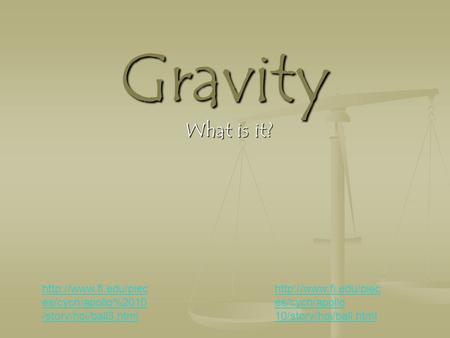 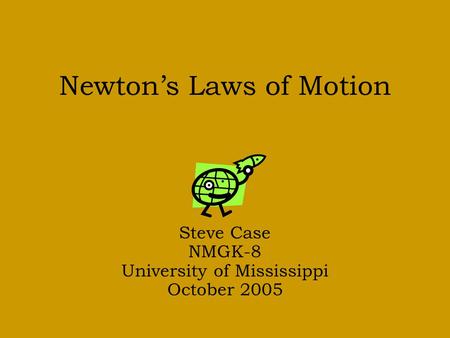 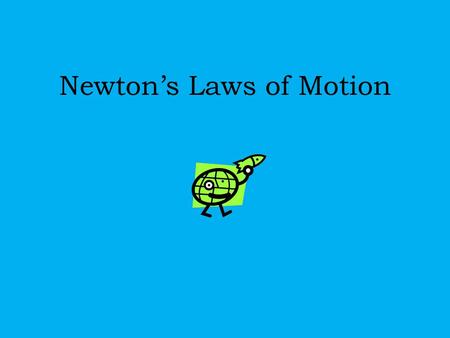 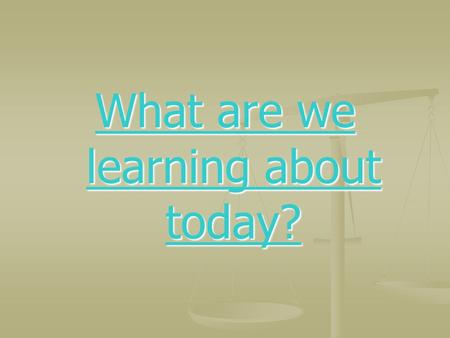 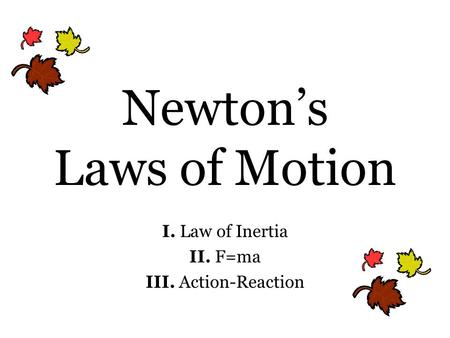 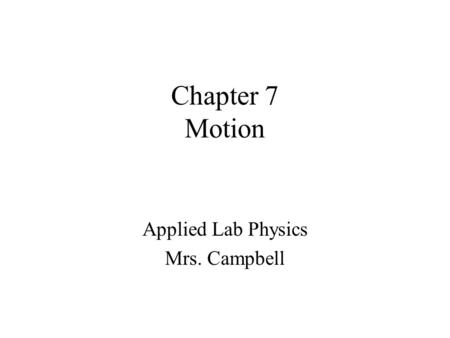