4 The Rock Cycle Three types of rock found in the crust are: –Igneous: cooled magma/lava –Sedimentary: particles deposited by water flow. Organic/inorganic matter (fossils) –Metamorphic: as layers build up, this rock is formed when pressure and heat become great enough to change the rock chemically The rock cycle is completed through the tectonic process. Rock returns to the mantle, remelt, become magma, return to the crust as igneous rock.

5 Pangaea Pangaea is the name given to the single giant continent (Wegener 1912) Panthalassa (single ocean) The theory of continental drift states that the continents were once a single landmass that drifted apart and are still doing so.

33 Bridge across the Álfagjá rift valley in southwest Iceland, the boundary between the Eurasian and North American continental tectonic plates.

34 Hot Spots The hot spot theory states that hot spots are small melting areas within the mantle where thermal plumes cause magma columns to push up, breaking the crust Hot spots do not move with tectonic plates because they originate in the mantle Volcanic isalnd chains are the result of the plate moving over a hot spot (Hawaii, Galapagos, etc.) 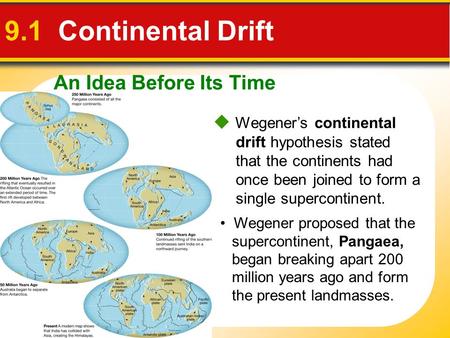 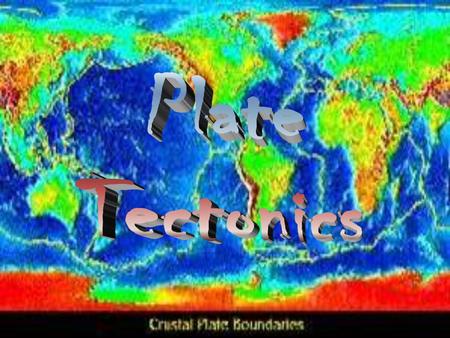 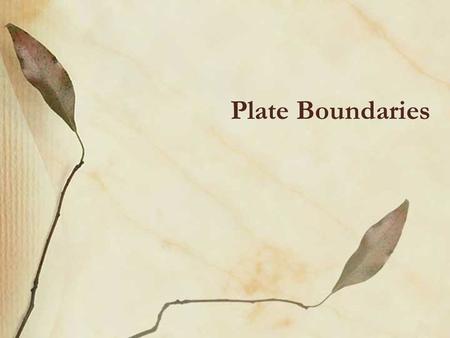 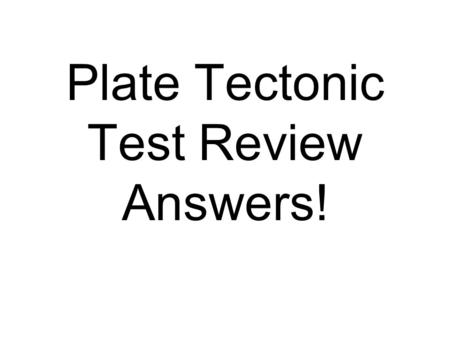 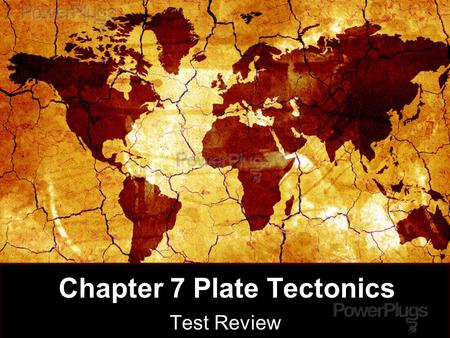 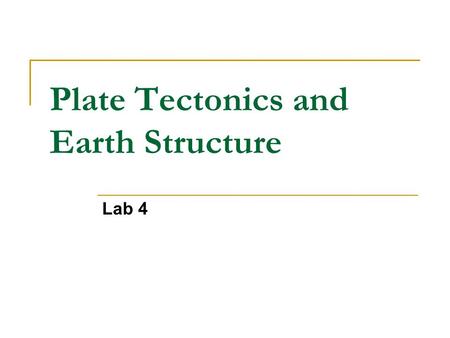 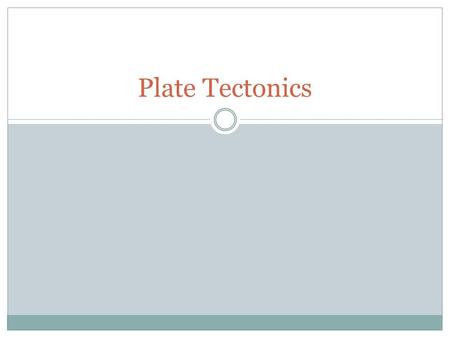 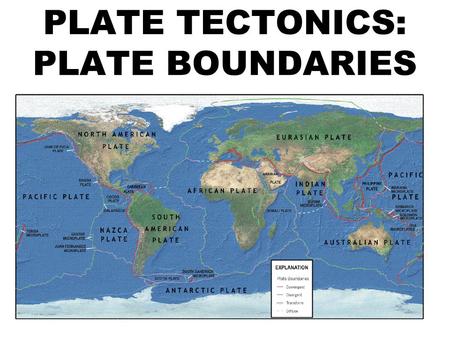 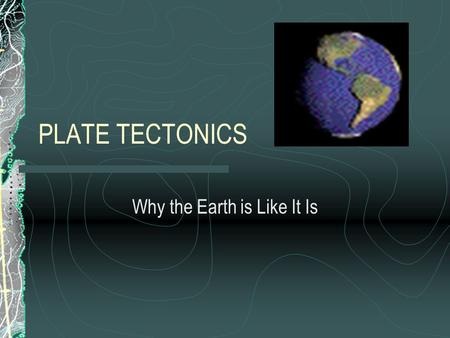 PLATE TECTONICS Why the Earth is Like It Is. Earth Layers Earth is made up of 5 layers: 1.Inner Core 2.Outer Core 3.Mantle 4.Asthenosphere (Lower and. 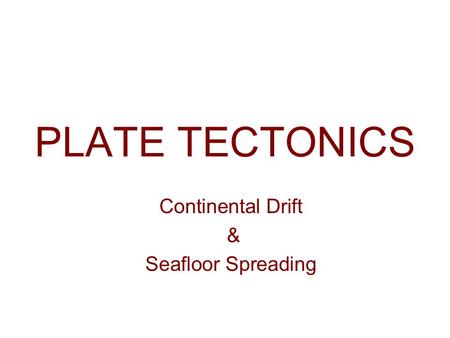 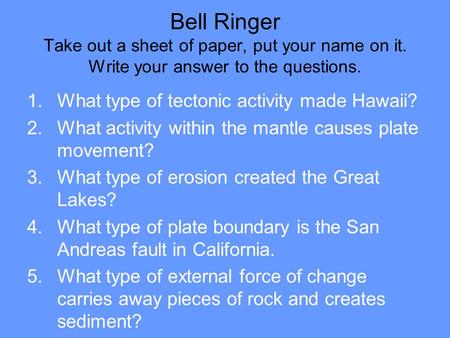 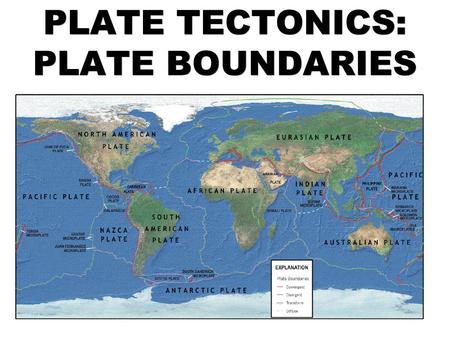 PLATE TECTONICS: PLATE BOUNDARIES. PLATE TECTONICS the surface of the Earth is made of rigid plates  Size and position of plates can change over time. 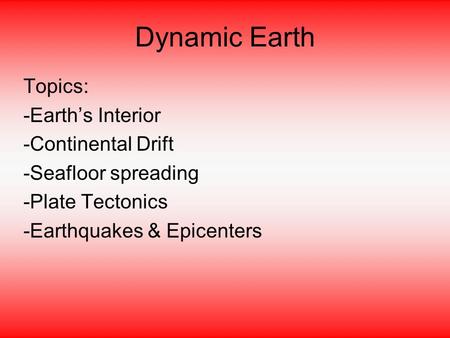 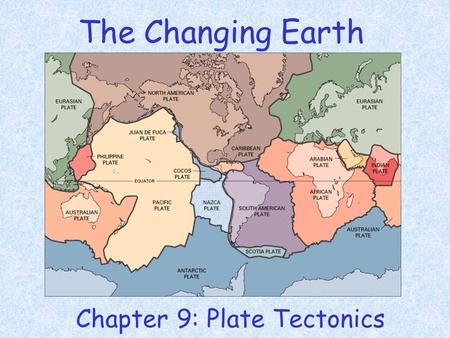 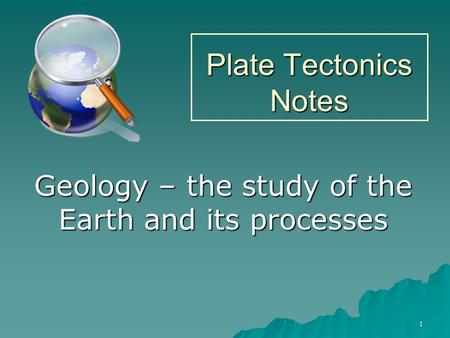 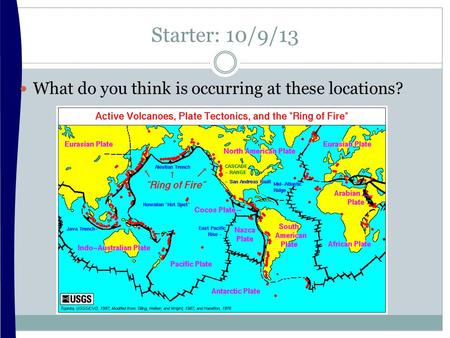 Starter: 10/9/13 What do you think is occurring at these locations?