2 Preview Questions How did farmers fight back? What did the Populist movement hope to achieve?

5 Farmers Unite to Address Problems The Grange – Founded by Oliver Hudson Kelly in 1867 – Purpose: To provide a place for farmers to discuss social and educational issues – Instrumental in fight against RR’s

6 Rise and Fall of Populism Populism: A movement to gain political and economic power for common people 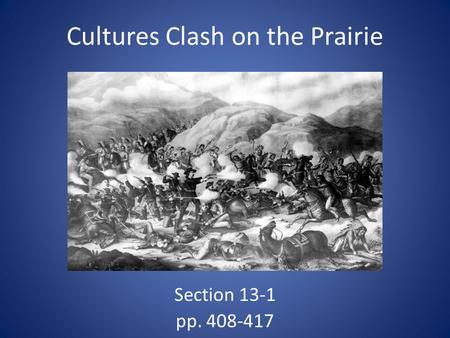 Cultures Clash on the Prairie