2 Review As industry grew, so did cities. New technologies brought over from Europe or invented in the United States made production of goods easier and faster. As production speed increased, the nation was introduced to the factory system. The need for resources also increased, leading to growth in the agricultural South.

3 Traveling West Most Americans during the 1790’s lived east of the Appalachian Mountains. By 1820, the population had doubled to about 10 million people, with almost 2 million living west of the Appalachians. Traveling west was not easy, for example the 363-mile trip from New York City to Buffalo could take as long as three weeks!

4 Roads and Turnpikes The expanding nation needed good roads for travel and shipment of goods to the west. Private companies built toll roads called turnpikes. Fees collected for using these roads were used to help pay for construction of new roads.

5 Roads and Turnpikes Roads were made with a base of crushed stone.
“Corduroy roads” were built in areas where land was often muddy.

6 National Road When Ohio became a state in 1803, they asked the federal government to build a road that would connect Ohio to the east. In 1806, Congress approved funding for a National Road, which they viewed as a military necessity. The National Road eventually connected Maryland to Vandalia, Illinois.

8 River Travel River travel had the advantages of being comfortable and easier to carry heavy loads. Two problems of river travel was that rivers in the eastern part of the United States flowed in a north-south direction and traveling upstream with a heavy load was difficult and slow.

9 Steamboats Steamboats were being used in the late 1700s on quiet waters, but these early steamboats did not have enough power to travel against the strong river currents. In 1807, Robert Livingston created a steamboat called the Clermont that made the 150-mile trip from New York to Albany in 32 hours. Using sails the trip would have taken four days.

11 Steamboats Steamboats improved not just the speed, but also improved the transportation of goods and passengers on the rivers inland. Shipping goods became cheaper and faster. Steamboats allowed cities along rivers, like Cincinnati and St. Louis, to grow.

12 Canals Steamboats improved river travel, but they did help the travel from the east and west. In New York, a plan was created that would connect New York City to the Great Lakes by building an artificial waterway called a canal. The new canal would connect Albany on the Hudson River to Buffalo on Lake Erie.

13 Erie Canal Thousands of laborers built this 363-mile canal named the Erie Canal. The Erie Canal used a series of locks, or separate compartments where water levels were raised or lowered. The locks helped where the height of the land changed. After two years of digging, the Erie Canal opened on October 26, 1825.

15 Canals The Erie Canal was a huge success, which led to more canals being built across the United States. By 1850, more than 3,600 miles of canals had been built across the country. Canals lowered the cost of shipping goods, as well as helping small towns along the canals to prosper. Most importantly, canals helped unite the growing nation.

18 Western Settlement Pioneer families tended to settle along main rivers, like the Ohio and Mississippi, so they could easily ship their crops. Canals allowed settlers to live further away from rivers. People tended to settle in communities with others from their original communities.

19 Conclusion With the invention and use of steamboats, river travel became a lot easier. Canals also made travel between the eastern and western parts of the country easier and more affordable. Both of these new ideas of the 1800s lowered the cost and time of shipping goods, as well as allowing settlers to travel to new territories of the United States.

20 Assignments Answer the four review questions for this lesson.
Complete Erie Canal Worksheet. You will have a Unit 5 test after you complete Lesson 32 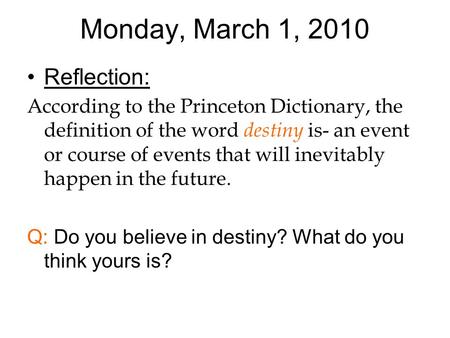 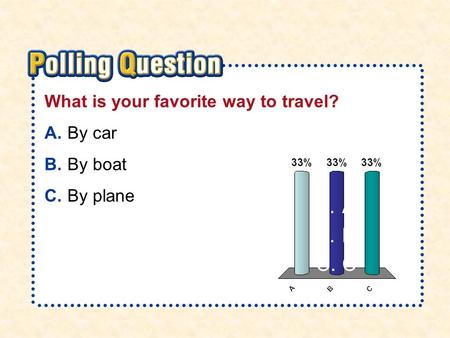 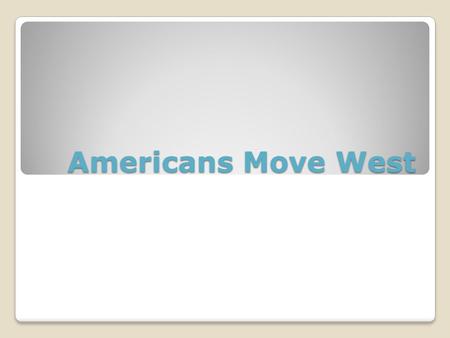 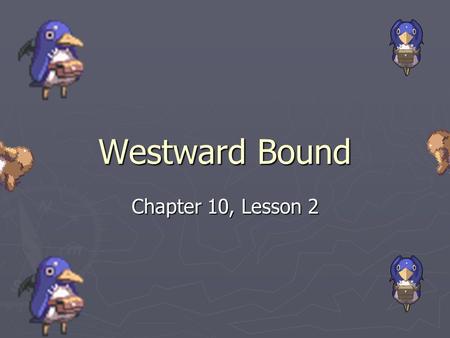 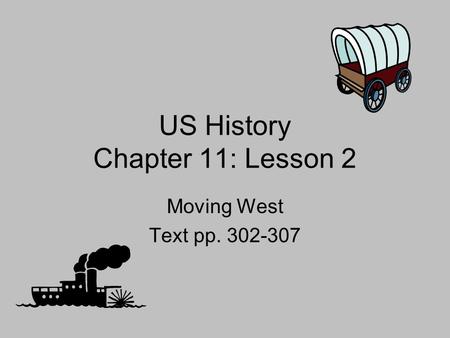 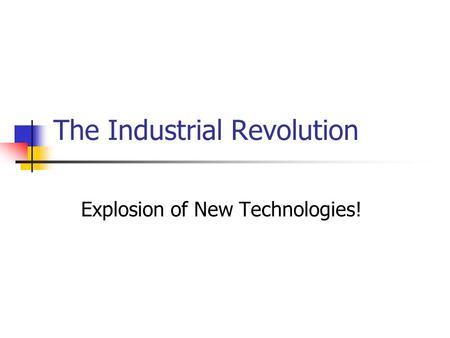 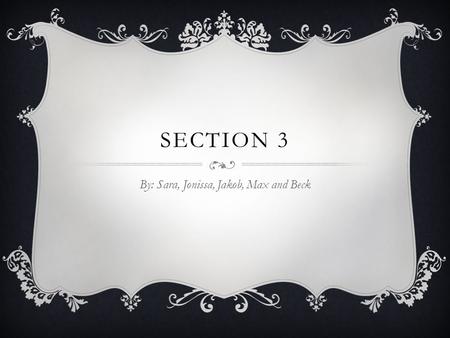 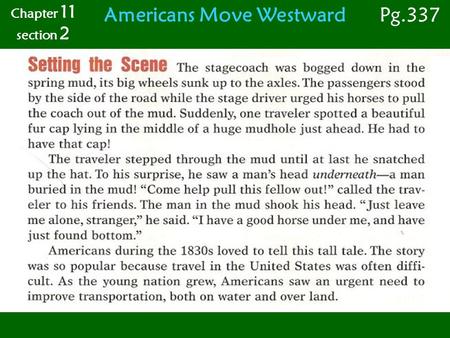 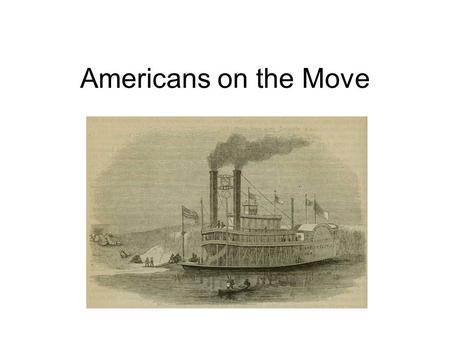 Americans on the Move. During the early 1800’s 1.Americans were quickly settling the territories between the Appalachian Mountains and the Mississippi. 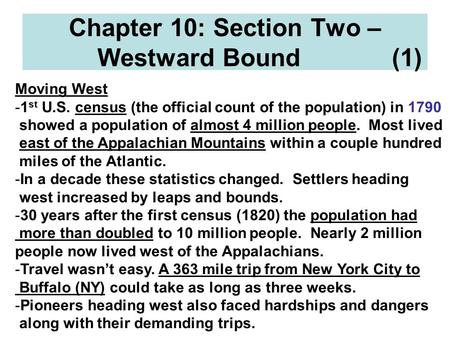 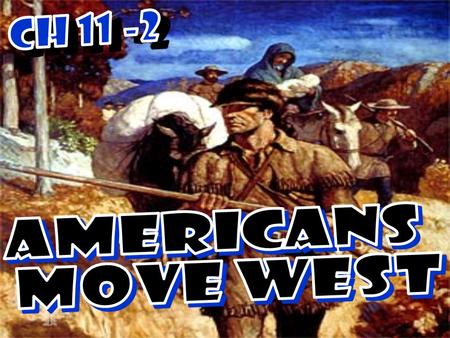 Daniel Boone opened a trail through the Appalachian Mtns. Known as the Wilderness Road. 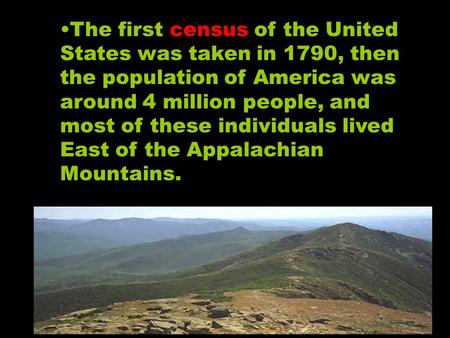 The first census of the United States was taken in 1790, then the population of America was around 4 million people, and most of these individuals lived. 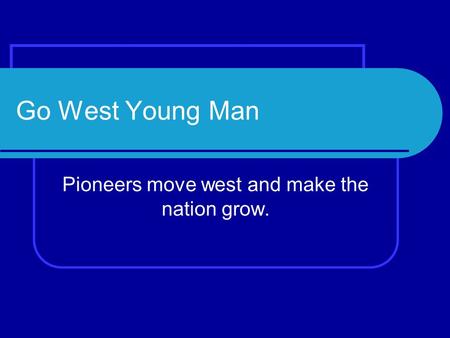 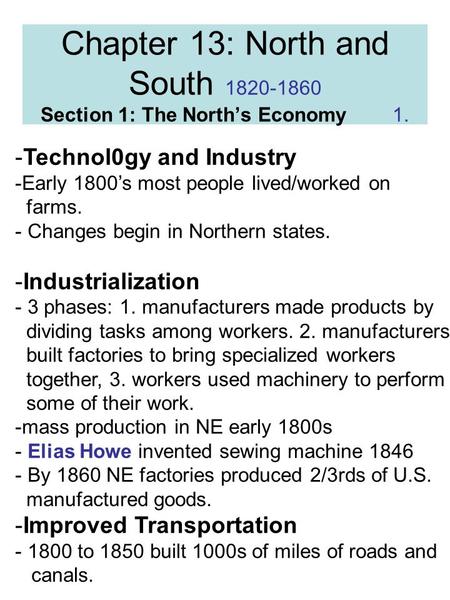 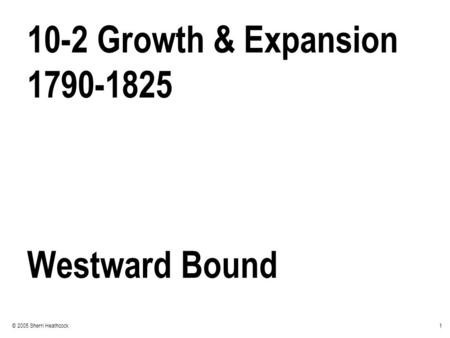 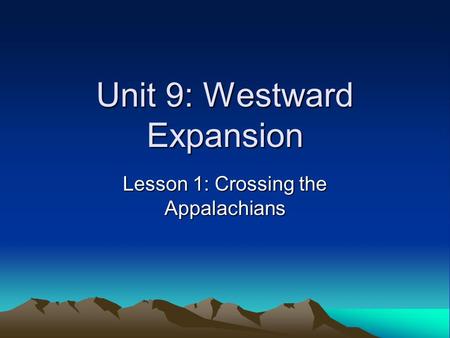