4 Essential Questions What do herbivores and carnivores have in common?
What energy roles do organisms play in an ecosystem? How does energy move through an ecosystem? How much energy is available at each level of an energy pyramid?

5 Standards S7CS5 Students will use the ideas of
system, model, change, and scale in exploring scientific and technological matters. S7L4 Students will examine the dependence of organisms on one another and their environments.

6 Energy Roles An organism’s energy role is determined by how it obtains energy and how it interacts with other organisms. Each of the organisms in an ecosystem fills the energy role of producer consumer, or decomposer.

7 Producers Energy enters most ecosystems as sunlight. Some organisms, such as plants, algae, and some bacteria, capture the energy of sunlight and store it as food energy. These organisms use the sun’s energy to turn water and carbon dioxide into food molecules in a process called photosynthesis.

8 Producers An organism that can make its own food is a producer. Producers are the source of all the food in an ecosystem. In a few ecosystems, producers obtain energy from a source other than sunlight.

9 Consumers Some members of an ecosystem cannot make their own food. An organism that obtains energy by feeding on other organisms is a consumer.

10 Types of Consumers Consumers are classified by what they eat. Consumers that eat only plants are herbivores. Familiar herbivores are caterpillars and deer.

12 Carnivores Consumers that eat only animals are carnivores.
Lions and spiders are some examples of carnivores

14 Scavengers Some carnivores are scavengers. A scavenger is a carnivore that feeds on the bodies of dead organisms. Scavengers include catfish and vultures.

16 Food Chains and Food Webs
Energy enters most ecosystems as sunlight and is converted into food molecules by producers. This energy is transferred to each organism that eats a producer, and then to other organisms that feed on these consumers. The movement of energy through an ecosystem can be shown in diagrams called food chains and food webs.

17 Food Chain A food chain is a series of events in which one organism eats another and obtains energy. Food Webs A food chain shows only one possible path along which energy can move through an ecosystem. But just as you do not eat the same thing every day, neither do most other organisms. Most producers and consumers are part of many food chains.

19 Energy Pyramid A diagram called an energy pyramid shows the amount of energy that moves from one feeding level to another in a food web. The most energy is available at the producer level of the pyramid. As you move up the pyramid, each level has less energy available than the level below.

21 Energy Pyramids When an organism in an ecosystem eats, it obtains energy. The organism uses some of this energy to move, grow, reproduce, and carry out other life activities. This means that only some of the energy it obtains will be available to the next organism in the food web.

22 This barn owl will soon use the energy contained in the rat to carry out its own life processes. 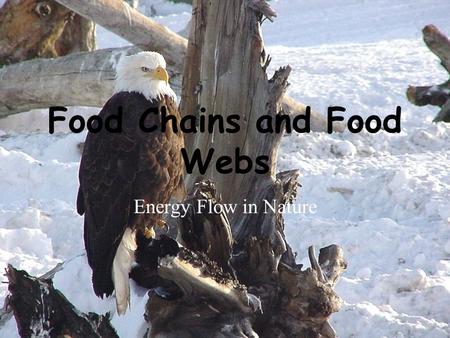 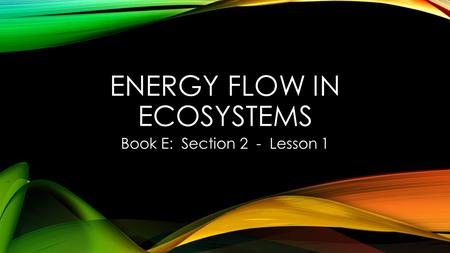 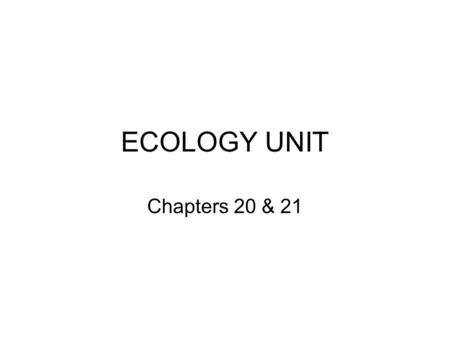 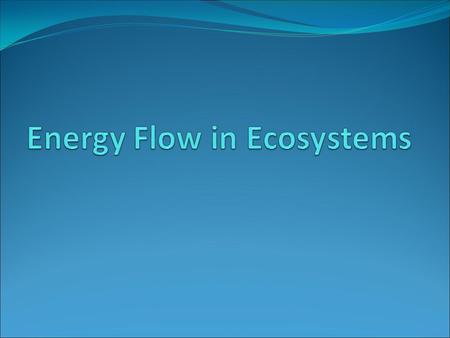 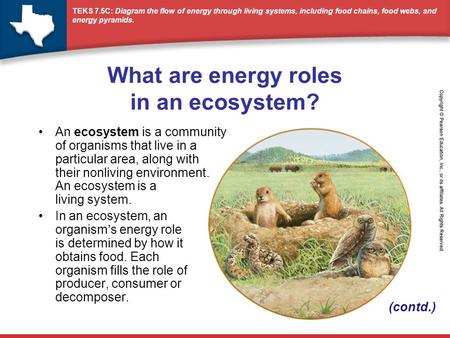 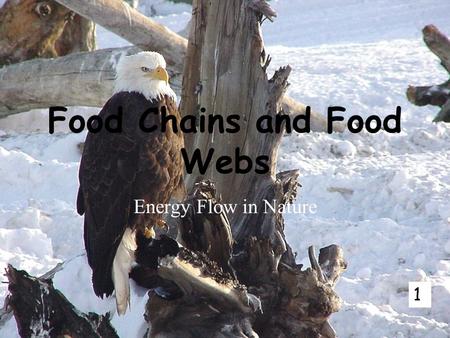 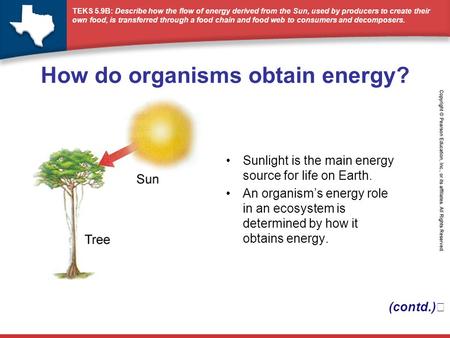 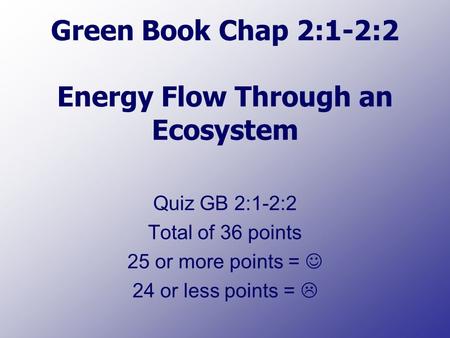 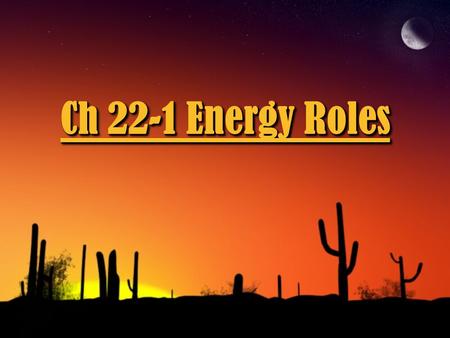 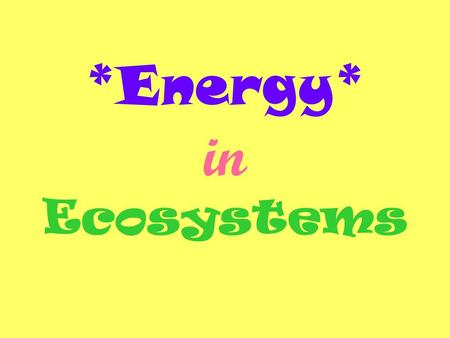 *Energy* in Ecosystems. Producers- an organism that uses energy from the sun to produce their own food. Producers are the source of all food in an ecosystem. 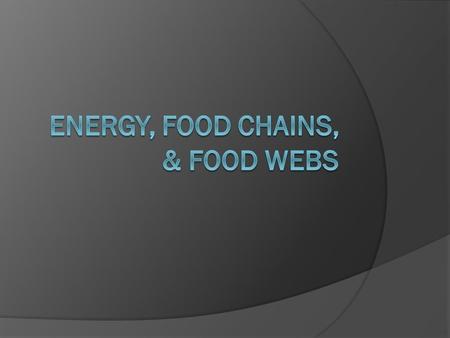 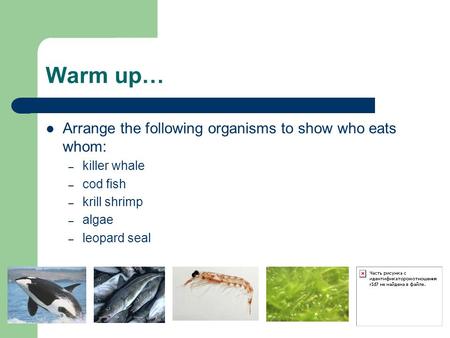 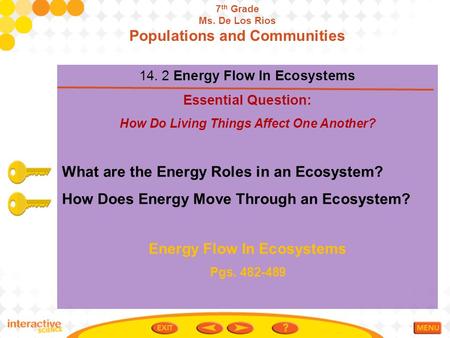 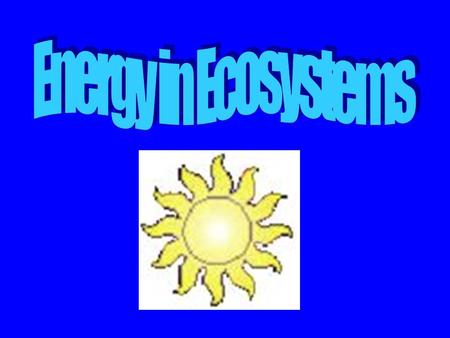 Food Chains Food Chain What do food chains show? What do the arrows represent? A series of events in which one organism eats another and obtains energy. 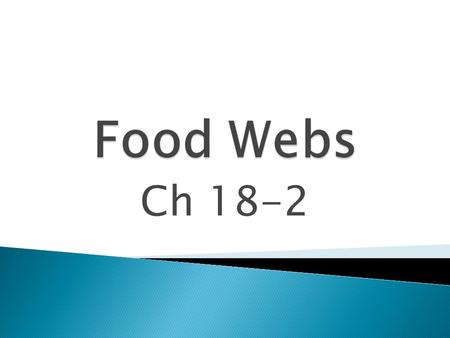 Ch  Make a list of everything that you ate yesterday.  Next to each item, write where it comes from (Hint: list plant or animal).