4 Why isn’t it a good idea to classify matter by its phases?
Because one kind of substance can exist in more than one phase – such as H20. And matter changes phases rather easily.

5 Why isn’t matter classified according to its physical characteristics, such as color?
Scientists wouldn’t find it very useful to group gold, sunflowers, and the sun together.

8 Is it uniform throughout?
If the answer is no, the matter is a heterogeneous mixture (different). Considered the “least mixed.” Does not appear to be the same throughout. Particles are large enough to be seen and to be separated from the mixture. Box B = Heterogeneous

11 Is it uniform throughout?
If the answer is yes, the matter is homogeneous (looks the same throughout) The prefix homo means same. Box C = Homogeneous That leads us to another question.

12 Can it be separated by physical means?
If the answer is yes, the matter is a homogeneous mixture or solution. Box E = Homogeneous Mixture

16 Colloids A colloid will not separate upon standing.
The particles are constantly colliding, and this allows a colloid to scatter light – thus colloids often seem cloudy.

19 Ocean water is a solution

21 Water as a solvent Many liquid solutions contain water as the solvent.
Ocean water is basically a water solution that contains many salts. Body fluids are also water solutions.

24 Alloys Stainless steel is a mixture of iron and chromium.
Brass is an alloy of copper and zinc.

25 Can it be separated by physical means?
If the answer is no, the matter is a pure substance. An element Or a compound Box D = Pure Substance

27 Elements Elements are the simplest pure substance.
An element can not be changed into a simpler substance by heating or any chemical process. The smallest particle of an element that has the properties of that element is called an atom. An atom is the basic building block of matter. There are more than one hundred known elements in the universe listed on the periodic table of elements. These elements combine in such a way to create millions of compounds. Box F = Element

29 Elements In 1813, a system of representing elements with symbols was introduced. Each symbol consists of one or two letters. Two letters are needed for a chemical symbol when the first letter of that element’s name has already been used.

31 Compounds Compounds are also pure substances.
But compounds are made from more than one element. Water is a compound. Water can be broken down into simpler substances – hydrogen and oxygen. Box G = Compound 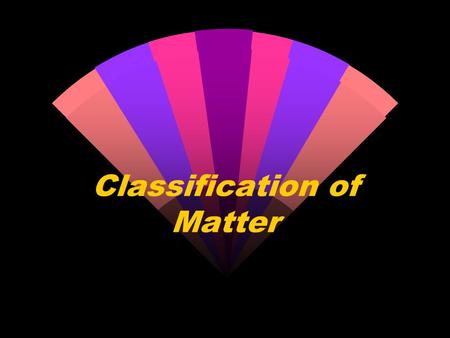 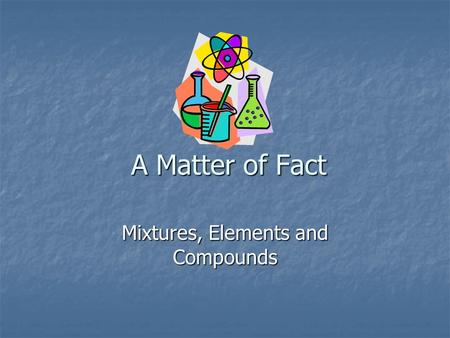 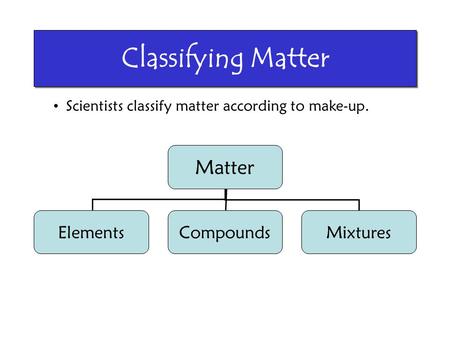 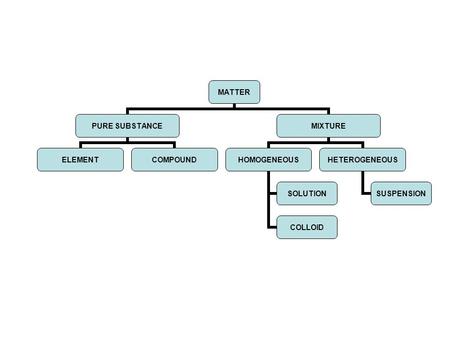 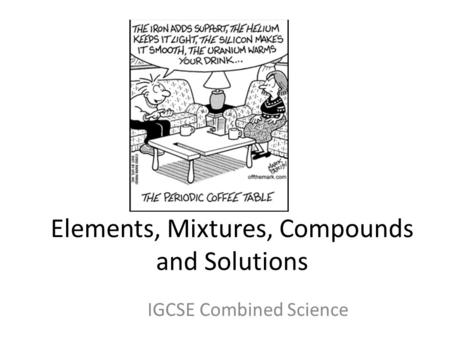 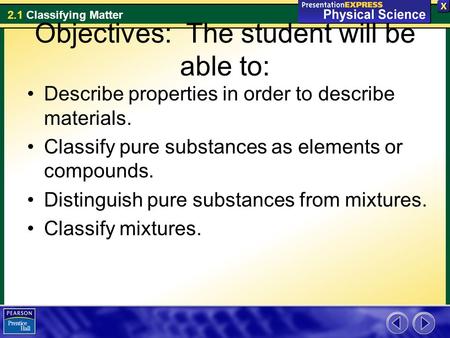 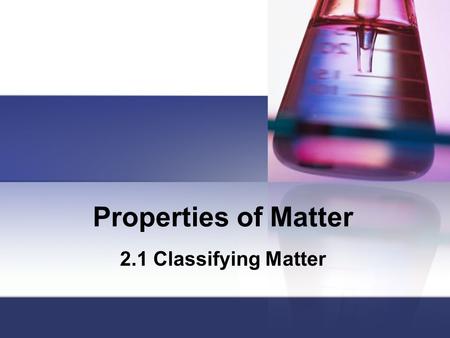 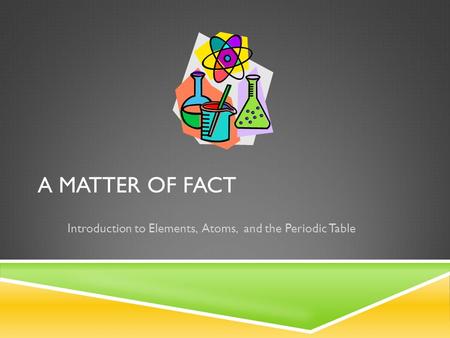 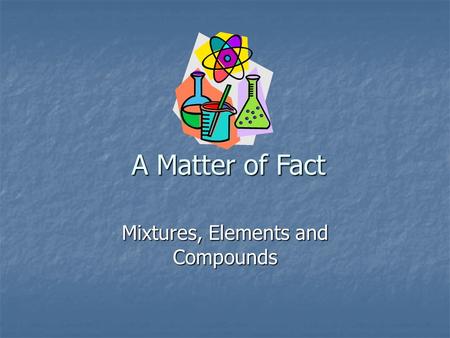 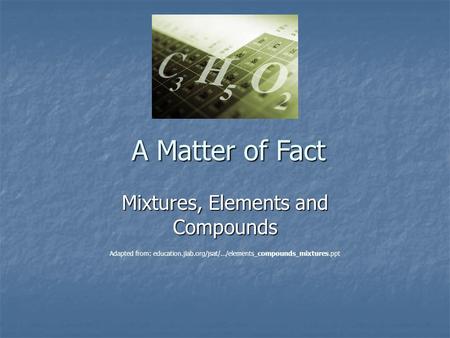 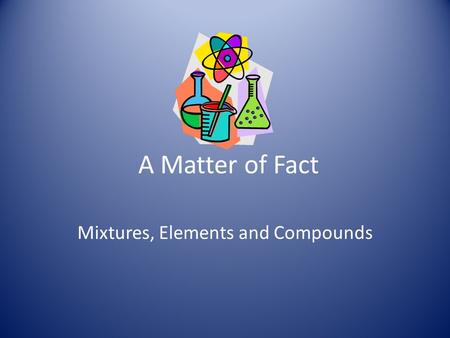 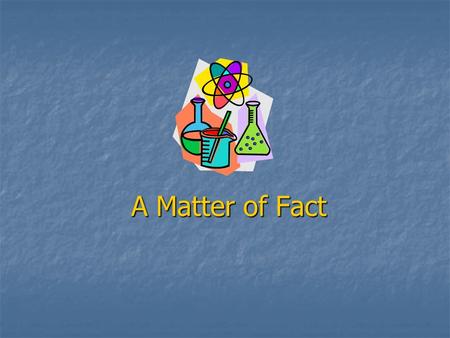