1 Propaganda and You By Mr. Cotton

2 Propaganda By definition, is the effort to spread a belief or an opinion about a certain issue. Commercial advertisers, the media, government, pressure groups, and public officials all use propaganda. Propaganda, in itself, is not necessarily bad. It is simply an attempt to get people to think a certain way about something.

4 Types of Propaganda There are many propaganda techniques. The following list gives some examples.

5 Name Calling Names such as left-winged, communists, conservatives, liberals, racist, greedy, and so forth are used to describe something or someone. These names suggest that something is bad about a person or issue.

6 "Bad names have played a tremendously powerful role in the history of the world and in our own individual development. They have ruined reputations, stirred men and women to outstanding accomplishments, sent others to prison cells, and made men mad enough to enter battle and slaughter their fellowmen. They have been and are applied to other people, groups, gangs, tribes, colleges, political parties, neighborhoods, states, sections of the country, nations, and races." (Institute for Propaganda Analysis, 1938)

7 Card Stacking All facts presented about an issue or a person are either good or bad. Both sides of the story are not given.

9 Glittering Generalities
Words are used that mean little but sounds good. “He is a good American” and “We only want what’s best for our country” are examples.

10 Transfer Important symbols like the American flag or Uncle Sam are used on printed materials. These symbols mean a great deal to most Americans. When people see a symbol that is important to them, they may pay more attention to what a group or person is saying.

11 Testimonials A well-known person such as a basketball player, movie star, or singer is shown supporting a person or an issue. If the well-known person is liked by the people, they may support the issue the celebrity represents.

13 The Bandwagon This technique tries to convince the public that everyone else if for a certain issue and they should be for it, too. People do not like to feel like they are being left out

14 Bandwagon "The propagandist hires a hall, rents radio stations, fills a great stadium, marches a million or at least a lot of men in a parade. He employs symbols, colors, music, movement, all the dramatic arts. He gets us to write letters, to send telegrams, to contribute to his cause. He appeals to the desire, common to most of us, to follow the crowd. Because he wants us to follow the crowd in masses, he directs his appeal to groups held together already by common ties, ties of nationality, religion, race, sex, vocation. Thus propagandists campaigning for or against a program will appeal to us as Catholics, Protestants, or Jews...as farmers or as school teachers; as housewives or as miners.

15 Plain Folks This technique is used when a very successful person wants your vote or support on an issue. He or she may say “ I am just like you are…just an ordinary person trying to make a living.” This person hopes to gain people’s trust by giving the impression that he or she is just like them. 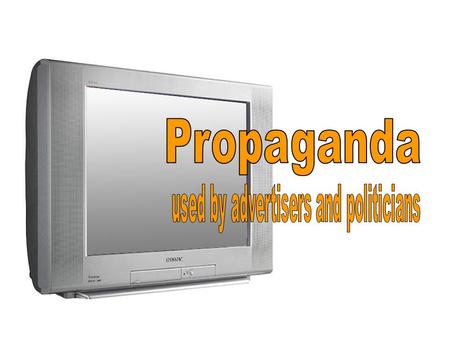 used by advertisers and politicians 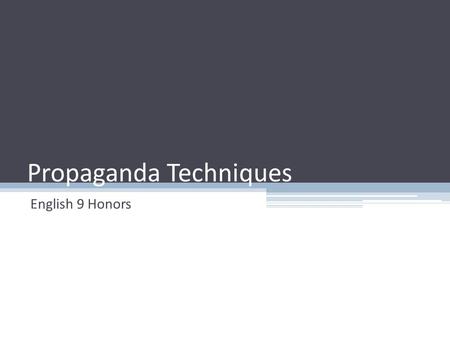 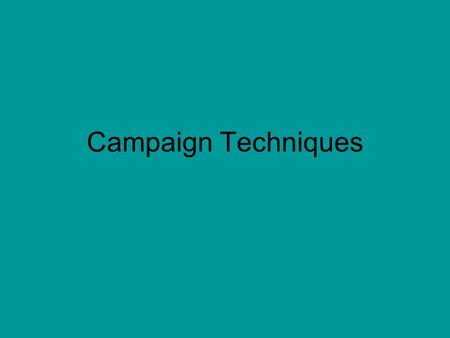 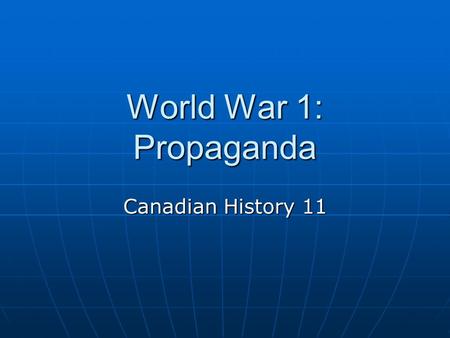 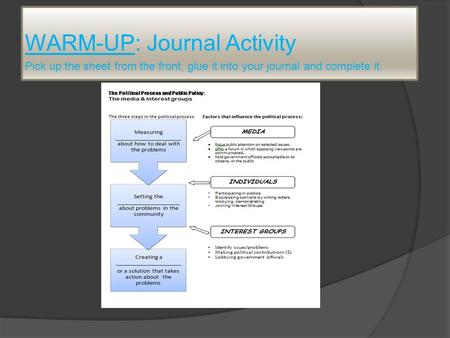 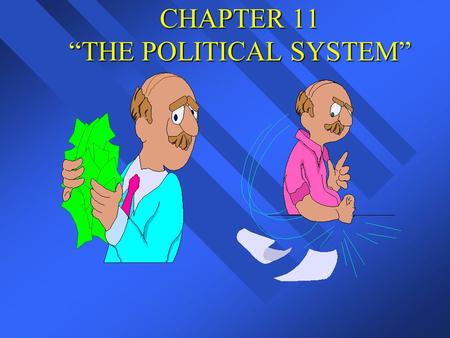 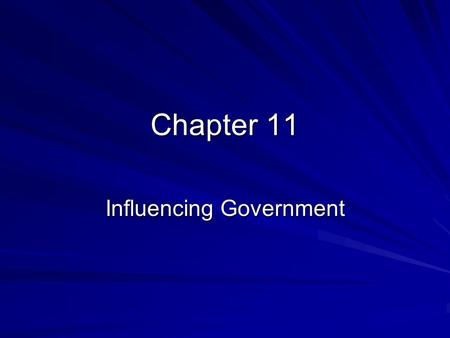 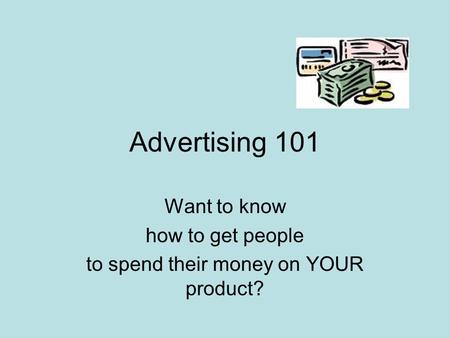 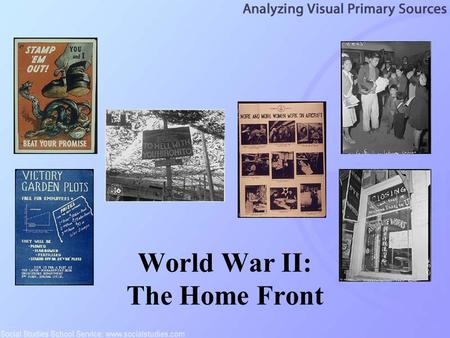 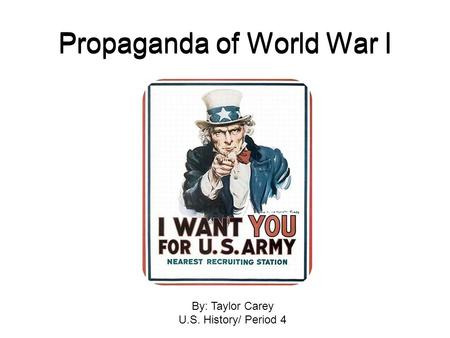 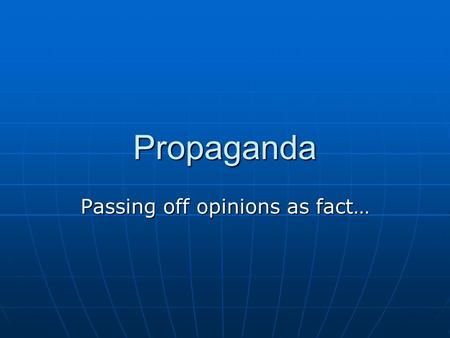 Propaganda Passing off opinions as fact…. So what is it? Propaganda: Propaganda: information, ideas, or rumors deliberately spread widely to help or harm. 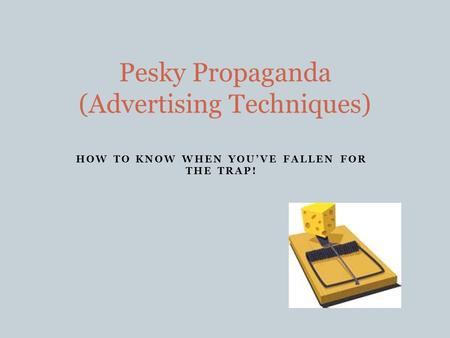 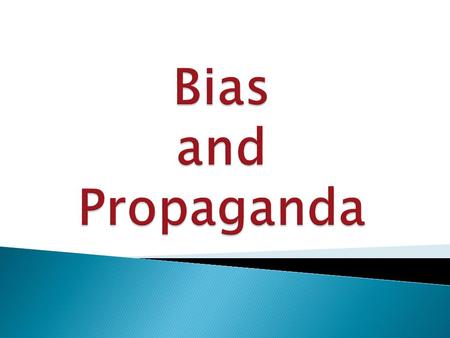