3 What are we concerned about In a child presenting with fever and clinical symptoms and signs of bronchiolitis –? risk of serious complications such as pneumonia, septicaemia. Is there any added benefit? –Macrolides  thought to have anti-inflammatory activities + immune modulatory effects.

4 What is known on the topic? Antibiotics are not recommended for bronchiolitis unless –Concerns about secondary bacterial lobar pneumonia. –Respiratory failure. It is widely accepted in the literature that chest radiographs cannot reliably differentiate viral from bacterial aetiology of pneumonia. –Harris M, Clark J, Coote N, Fletcher P, Harnden A, et al. (2011) British Thoracic Society guidelines for the management of community acquired pneumonia in children: update 2011. Thorax 66 Suppl 2: ii1–23

5 Accuracy of the interpretation of chest radiographs for the diagnosis of paediatric pneumonia. Elemraid M.A., et al. PLoS ONE, August 2014, 9/8, 1932-6203. An 18-month prospective aetiological study of pneumonia (Northern England). CXR done - children aged <16 years with clinical features of pneumonia. Reported independently by 2 x radiologists. Significant disagreement between the first and second reports (P=0.001), notably in those aged < 5 years (26%, P=0.001). The most frequent sources of disagreement were the reporting of patchy and peri-hilar changes. They did not significantly affect –the clinical outcomes. –management decisions of pneumonia in children.

22 Critical appraisal Validity 1) Did the review address a clearly focused question? Yes 2) Did the authors look for the appropriate sort of papers? Yes

23 Validity Do you think the important, relevant studies were included? –YES personal contact with experts search for unpublished as well as published studies search for non-English language studies

24 Did the review’s authors do enough to assess the quality of the included studies? –Yes If the results of the review have been combined, was it reasonable to do so? – Yes

27 Applicability Can the results be applied to the local population? –Yes

28 Applicability Were all the clinically important outcomes considered? Yes Are the benefits worth the harm and costs? Yes 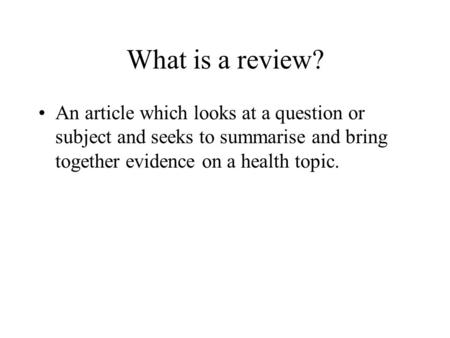 What is a review? An article which looks at a question or subject and seeks to summarise and bring together evidence on a health topic. 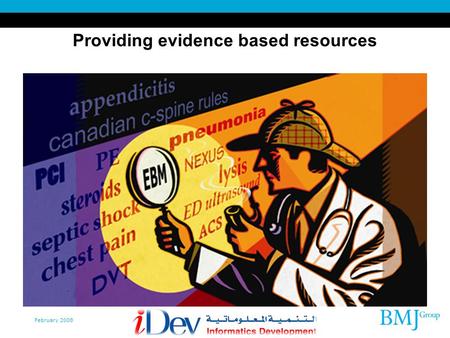 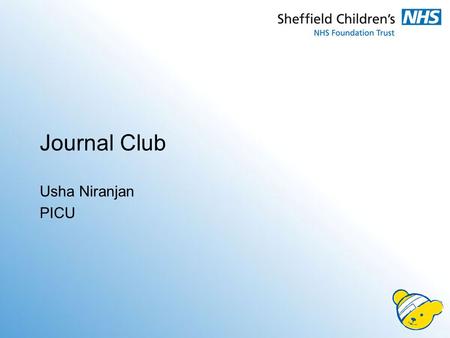 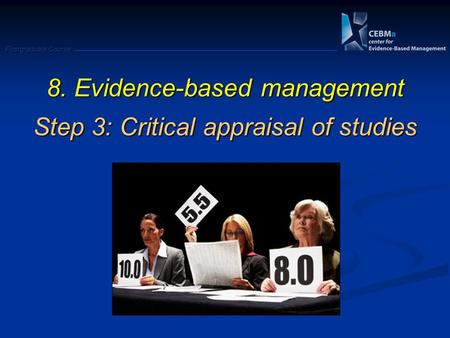 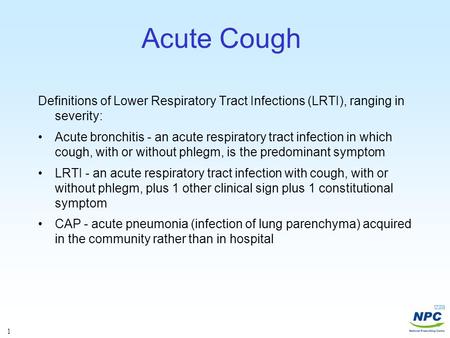 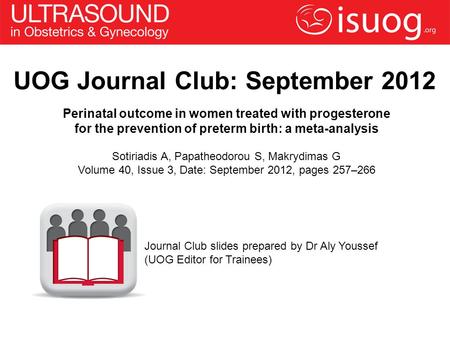 UOG Journal Club: September 2012 Perinatal outcome in women treated with progesterone for the prevention of preterm birth: a meta-analysis Sotiriadis A, 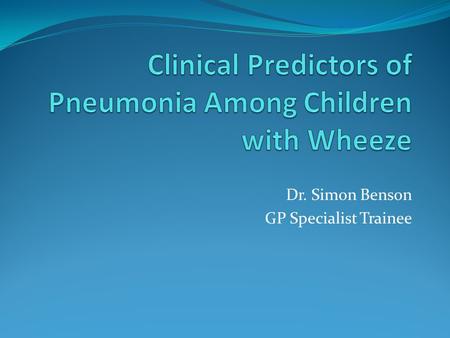 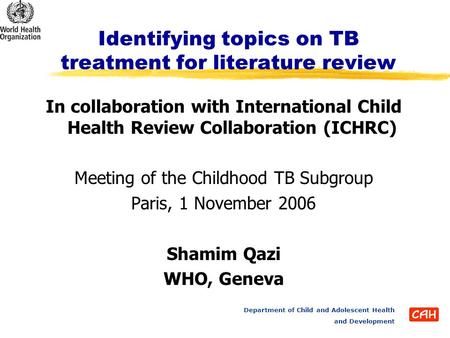 Department of Child and Adolescent Health and Development Identifying topics on TB treatment for literature review In collaboration with International. 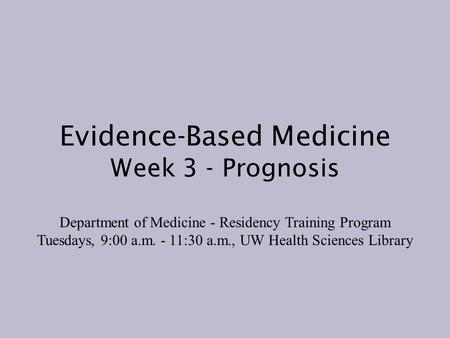 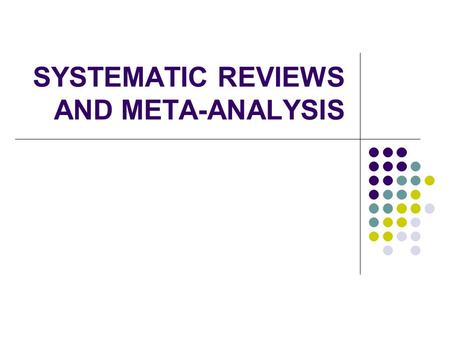 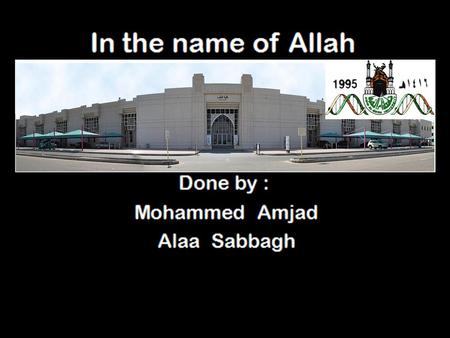 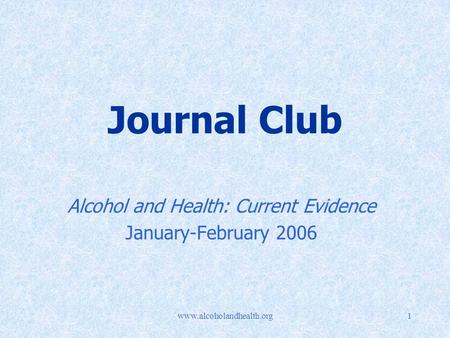 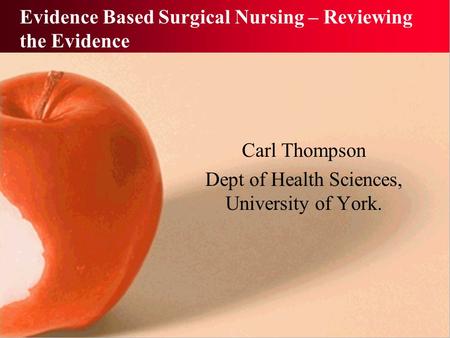 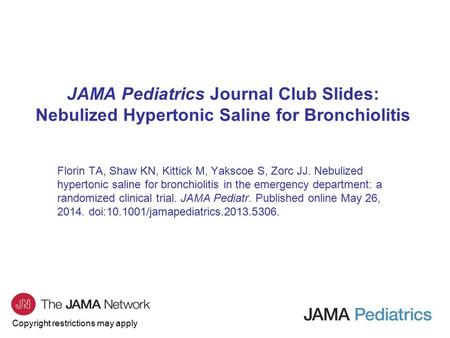 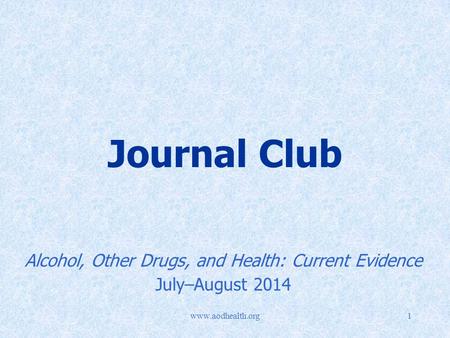 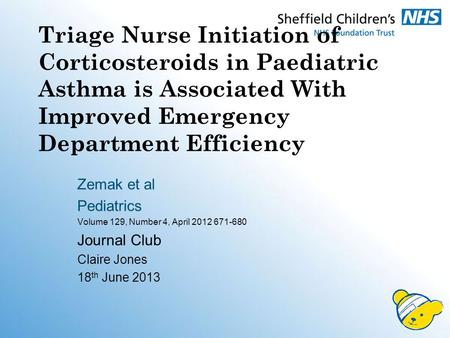 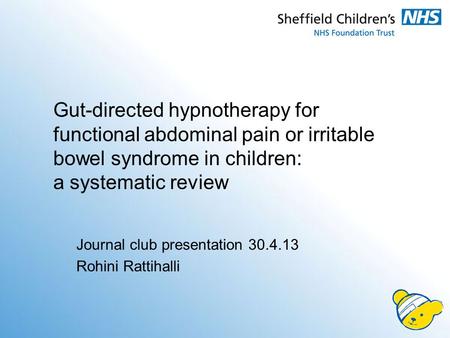 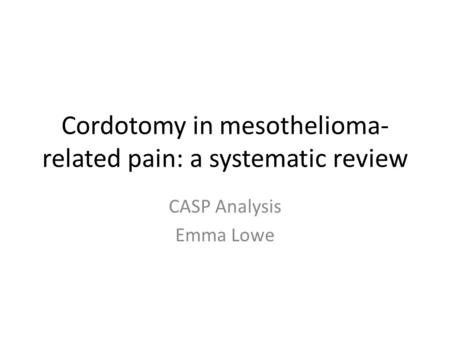 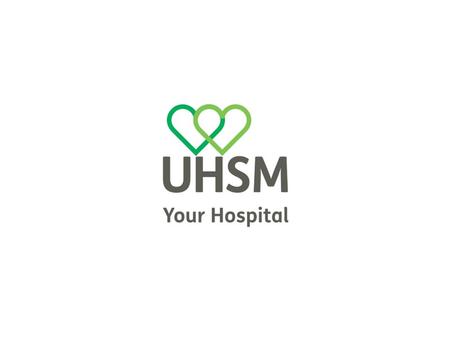 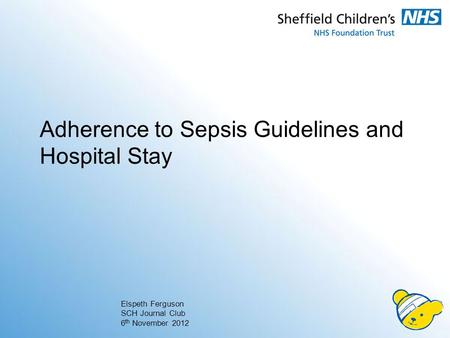