5 THE EARTH THE WATER PLANET

13 WHAT IS A WATERSHED?  The area of land drained by a river is known as a WATERSHED.  A watershed is a precipitation collector.  Not all precipitation that falls in a watershed flows out

17 What is Groundwater?  Water stored beneath the Earth’s surface in sediments and rock formations is called GROUNDWATER.

18 Special Data  There are about 50 millions cubic Km of groundwater on Earth.  There’s about 20 times more water underground than in all of the rivers and lakes on Earth.

19 Water Table  A level where the rocks and soil are saturated with water underground is known as WATERTABLE.

22 What is an Aquifer?  An aquifer is an underground formation that contains water.

23 Pororsity and Permeability  Pororsity.- is the amount of space between the particles that make up a rock.  Permeability.- Is the ability of rock or soil to allow water to flow through it.

24 CLASSWORK  What is an Aquifer?  What do most of Aquifers consist?  What is Porosity?  What is Permeability?  COMPLETE  The more porous a rock is ___________

25 Continue…  What are materials that stop the flow of water?  Where do the most productive aquifers usually form?  What is the Recharge Zone?  What is a Watershed?  What factors affect the level of the Watertable?

26 WATER USE AND MANAGEMENT

27 Objectives…  Identify the patterns of global water use.  Explain how water is treated so it can be safe for drinking.  Describe how dams and water diversion projects are used to manage fresh water resources.  Identify five ways that water can be conserved.

34 One of themost effective methods  Drip Irrigation: In drip irrigation water is sent through plastic pipes with holes in them. Then water slowly drips onto the crop’s roots and stems. Advantages are it is more efficient, loses less water to evaporation, and can irrigate sloping, irregularly-shaped land areas that can't be flood irrigated. It is also a positive way to water fields because it increases the amount of grain and veggies you get from the crops, and less people have to work on the fields. This is the most efficient irrigation method of the three.

37 Solutions for the future  http://www.youtube.com/watch?v=JdN_Yx_5HzI

38 Classwork  What are the three major uses for water in the world?  Why is water aerated in the drinking water treatment process?  Define the term “Potable”.  What are pathogens? Identify three examples of pathogens.  How much water is used to manufacture a car? (on the average)

39 Continues…  Water is used in industry mainly to…..  Write the 3 steps that show how a power plant’s cooling system works.  Define the term irrigation.  What is one of the most effective irrigation methods. Describe it.  What is a dam ? What is a reservoir?  Identify some far-reaching consequences of interrupting a river’s flow

40 Continues…  Mention some purposes for dams and reservoirs to exist.  What is XERISCAPING and what is it for?  Explain what does the desalination process consist on?

44 Water pollution (definition)  Water pollution occurs when a body of water is adversely affected due to the addition of large amounts of materials to the water. When it is unfit for its intended use, water is considered polluted.  It is also the introduction of chemical, physical or biological agents into water that degrade water quality and adversely affect the organisms that depend on the water.

49 Point Source of Pollution   Point pollution is pollution that is discharged from a single source, such as a factory or waste water treatment plant. (you can point to it)

56 Pathogens   Disease-causing organisms such as bacteria.   Occurs when human sewage is untreated or enters water through storm sewers, and when animal feces wash off land into water.

58 Organic chemicals   Pesticides, fertilizers, plastics,detergents, gasoline and oil, and other materials made from fossil fuels such as petroleum.

60 Toxic chemicals   Chemicals that are poisonous to living things, including heavy metals (lead, mercury, cadmium), and many industrial, and some household, chemicals. 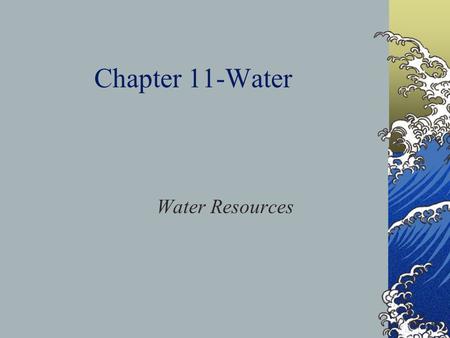 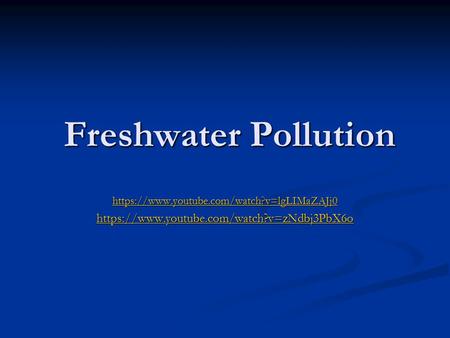 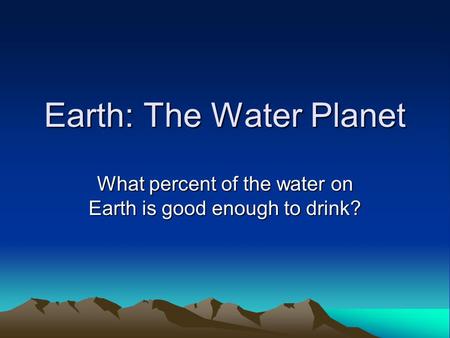 Earth: The Water Planet What percent of the water on Earth is good enough to drink? 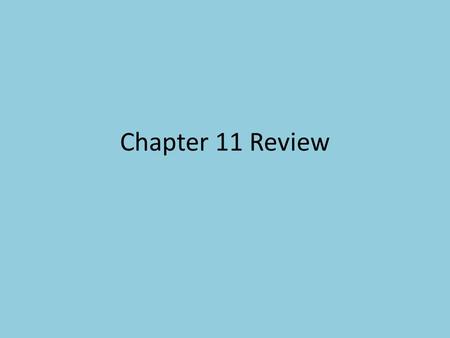 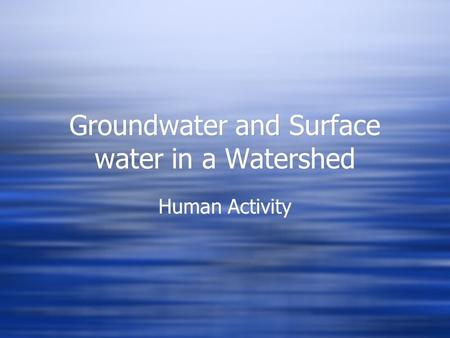 Groundwater and Surface water in a Watershed 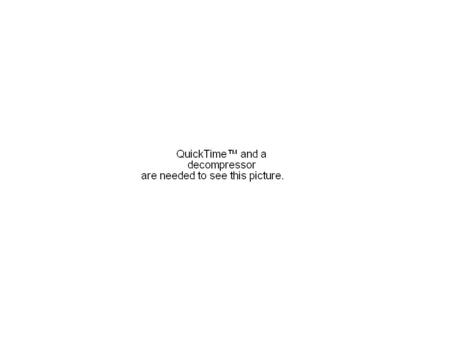 WATER “All is born of water; all is sustained with water.” 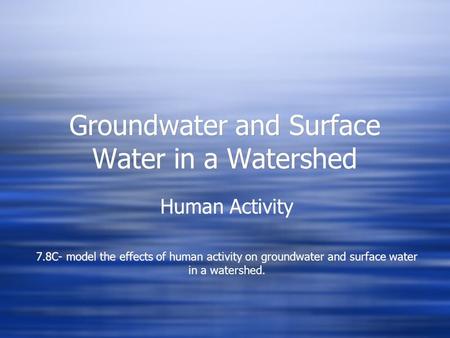 Groundwater and Surface Water in a Watershed 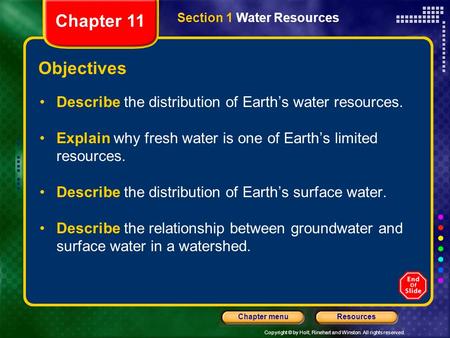 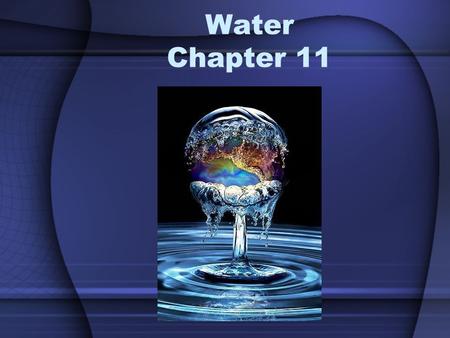 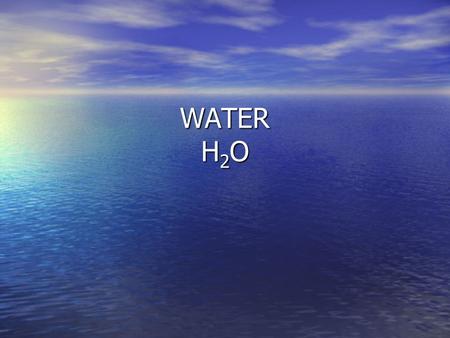 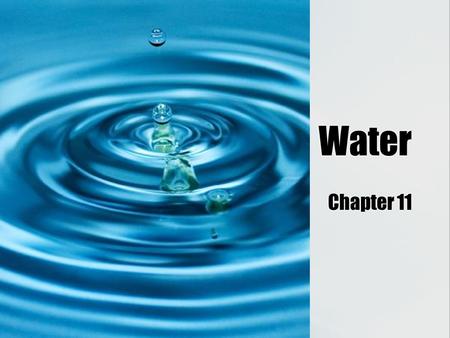