Presentation on theme: "Mystery Genre. What is Mystery? A Problem To Solve Who did it? What is it? How did it happen?"— Presentation transcript:

2 What is Mystery? A Problem To Solve Who did it? What is it? How did it happen?

3 Mystery Genre a work of fiction, a drama, or a film dealing with a puzzling crime

4 Mystery is…… Realistic in some ways Everything in the story revolves around a puzzle or an unusual problem to solve. The author drops hints that might help the reader solve the mystery. There might be distractions in story to lead the reader away from the correct solution. The story ends with a credible, realistic solution to the mystery

5 Often Called A ‘Whodunnit’ An often complicated, plot-driven story the reader is provided with clues the identity of the perpetrator of the crime may be deduced (figured out) before the solution is revealed in the final pages of the book

6 Mysteries… Stories in which an investigation is central to the plot. Many famous detectives have been created by the world’s mystery authors. Can you name any??

7 Some of the world’s most famous detectives and their authors are: Sherlock Holmes (Sir Arthur Conan) Miss Jane Marple (Agatha Christie) Mike Hammer ( Mickey Spillane) Some well known children’s mystery series have been,,, Nancy Drew and The Hardy Boys. Of course, there is also, Scooby Dooby Doo!

8 Mystery As a literary style, is very broad in its interpretation. May include elements of romance, adventure, fantasy, historical fiction and reality. Regardless of the category, there is always the element of a puzzle to be solved.

15 Mystery Terminology Alibi ~ a plea offered by an accused person of not having been at the scene of crime. Clue ~ something that appears to give information toward solving the crime. Crime ~ a serious violation of the law. Culprit ~ a person guilty of a crime.

16 Mystery Terminology Deduction ~ collecting facts and drawing a possible conclusion. Evidence ~ someone or something that proves who committed the crime. Motive ~ the cause of a criminal’s action. Red herring ~ a false lead that throws investigators off track.

17 Terminology cont’d Sleuth ~ an investigator or detective. Suspects ~ people who appear to have a motive to have committed the crime. Suspense ~ feeling of excitement or uncertainty as to the outcome of a situation. Witness ~ person who has personal knowledge about the crime.

18 Other terms… Sometimes a mystery is a cliffhanger What does this mean? Enjoy your mystery novel read!!!

20 The case of the Slippery Smuggler… Detective James P. Hagstrom was reclining in his chair. He was in his little gray office at the airport, looking at a half- eaten tuna sandwich on his desk. “This is what my life has come down to,” he said to himself. “I was first in my class at the police academy, and now look at me. I’m a third rate cop, eating a $12.00 tuna sandwich by myself.”

21 It was true, his was a solitary life. He got a case only about once a week. They were always so easy, they took 15 minutes to solve. “What I wouldn’t give for a nice, big case, “ he muttered to himself. “The FBI would just stand by and admire me.” Hagstrom’s daydream was interrupted by the loud ring of the telephone.

22 “Hagstrom!” came the voice on the other end. It was Richard Rowan, a cop from the international terminal. “What do you want, Rowan? I’m in a meeting, “ said Hagstrom, trying to sound important. “Sorry, Jim, but I got a witness down here, says he saw a guy smuggling art.” “What did he see?” asked Hagstrom.

23 “He says a guy on the line ahead of him at customs got by without having his bags searched. Says the guy handed the officer his passport with some kind of note and money sticking out of it. Three bills.” “Did he see anything else?” “Claims he heard the perpetrator on the phone a few minutes later saying, I can’t believe how easy it was, and it only cost me a hundred bucks.”

24 “I can’t believe you fell for that story, “ said Hagstrom. “The witness is lying. There is no smuggler!” Hagstrom put the phone down and started his sandwich. “Looks like it is just me and you again.” How did Hagstrom know the witness was lying?

Download ppt "Mystery Genre. What is Mystery? A Problem To Solve Who did it? What is it? How did it happen?" 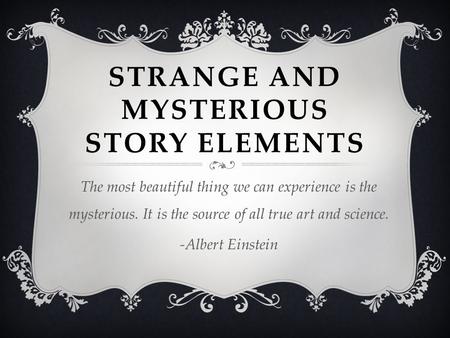 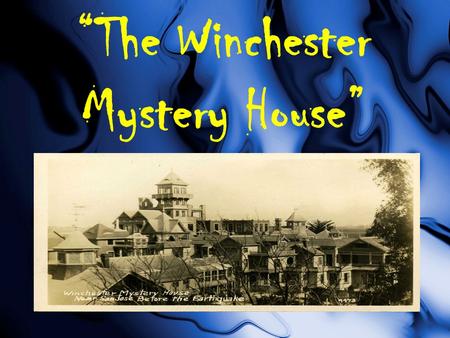 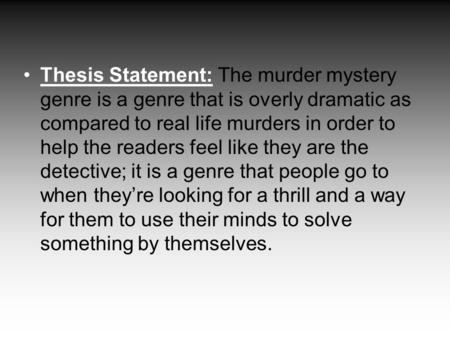 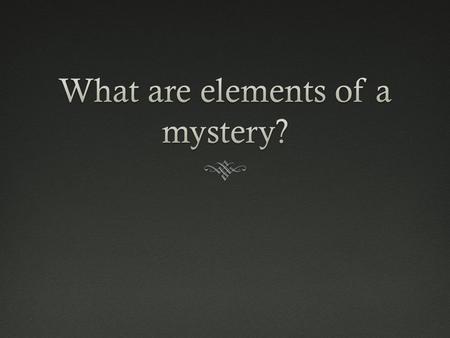 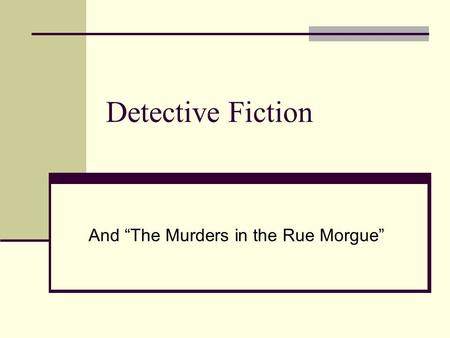 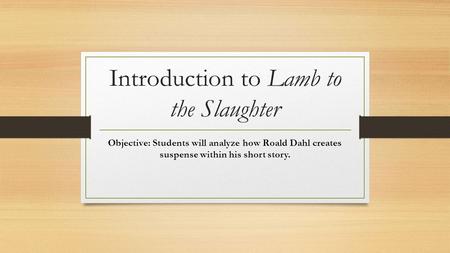 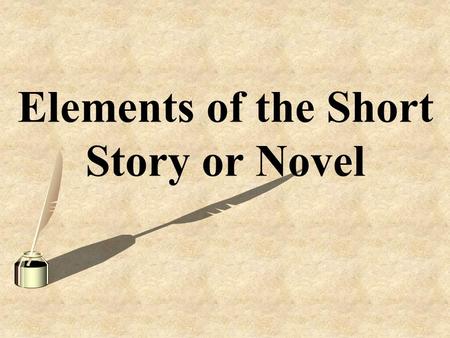