2 First Law of Thermodynamics – Review
Review: The first law states that a change in internal energy in a system can occur as a result of energy transfer by heat, by work, or by both The law makes no distinction between the results of heat and the results of work

6 Heat Engine A heat engine is a device that takes in energy by heat and, operating in a cyclic process, expels a fraction of that energy by means of work A heat engine carries some working substance through a cyclical process

7 Heat Engine, cont. The working substance absorbs energy by heat from a high temperature energy reservoir (Qh) Work is done by the engine (Weng) Energy is expelled as heat to a lower temperature reservoir (Qc)

8 Heat Engine, cont. Since it is a cyclical process, ΔEint = 0
Its initial and final internal energies are the same Therefore, Qnet = Weng The work done by the engine equals the net energy absorbed by the engine The work is equal to the area enclosed by the curve of the PV diagram If the working substance is a gas

10 More About Efficiency In practice, all heat engines expel only a fraction of the input energy by mechanical work Therefore, their efficiency is always less than 100% To have e = 100%, QC must be 0

11 Second Law: Kelvin-Planck Form
It is impossible to construct a heat engine that, operating in a cycle, produces no other effect than the absorption of energy from a reservoir and the performance of an equal amount of work Means that Qc cannot equal 0 Some Qc must be expelled to the environment Means that e cannot equal 100%

14 Heat Pump Process Energy is extracted from the cold reservoir, QC
Energy is transferred to the hot reservoir, Qh Work must be done on the engine, W

17 Coefficient of Performance
The effectiveness of a heat pump is described by a number called the coefficient of performance (COP) In heating mode, the COP is the ratio of the heat transferred in to the work required

18 COP, Heating Mode COP is similar to efficiency
Qh is typically higher than W Values of COP are generally greater than 1 It is possible for them to be less than 1 We would like the COP to be as high as possible

19 COP, Cooling Mode In cooling mode, you “gain” energy from a cold temperature reservoir A good refrigerator should have a high COP Typical values are 5 or 6

21 Reversible and Irreversible Processes, cont
A real process that is a good approximation of a reversible one will occur very slowly The system is always very nearly in an equilibrium state A general characteristic of a reversible process is that there are no dissipative effects that convert mechanical energy to internal energy present No friction or turbulence, for example

22 Reversible and Irreversible Processes, Summary
The reversible process is an idealization All real processes on Earth are irreversible

23 Carnot Engine A theoretical engine developed by Sadi Carnot
A heat engine operating in an ideal, reversible cycle (now called a Carnot cycle) between two reservoirs is the most efficient engine possible This sets an upper limit on the efficiencies of all other engines

24 Carnot’s Theorem No real heat engine operating between two energy reservoirs can be more efficient than a Carnot engine operating between the same two reservoirs All real engines are less efficient than a Carnot engine because they do not operate through a reversible cycle The efficiency of a real engine is further reduced by friction, energy losses through conduction, etc.

25 Carnot Cycle Overview of the processes in a Carnot cycle

26 Carnot Cycle, A to B A -> B is an isothermal expansion
The gas is placed in contact with the high temperature reservoir, Th The gas absorbs heat |Qh| The gas does work WAB in raising the piston

27 Carnot Cycle, B to C B -> C is an adiabatic expansion
The base of the cylinder is replaced by a thermally nonconducting wall No heat enters or leaves the system The temperature falls from Th to Tc The gas does work WBC

28 Carnot Cycle, C to D The gas is placed in contact with the cold temperature reservoir C -> D is an isothermal compression The gas expels energy Qc Work WCD is done on the gas

29 Carnot Cycle, D to A D -> A is an adiabatic compression
The gas is again placed against a thermally nonconducting wall So no heat is exchanged with the surroundings The temperature of the gas increases from Tc to Th The work done on the gas is WDA

30 Carnot Cycle, PV Diagram
The work done by the engine is shown by the area enclosed by the curve, Weng The net work is equal to |Qh| – |Qc| DEint = 0 for the entire cycle

33 Carnot Cycle in Reverse
Theoretically, a Carnot-cycle heat engine can run in reverse This would constitute the most effective heat pump available This would determine the maximum possible COPs for a given combination of hot and cold reservoirs

35 Gasoline Engine In a gasoline engine, six processes occur during each cycle For a given cycle, the piston moves up and down twice This represents a four-stroke cycle The processes in the cycle can be approximated by the Otto cycle

38 Gasoline Engine – Intake Stroke
During the intake stroke, the piston moves downward A gaseous mixture of air and fuel is drawn into the cylinder Energy enters the system as potential energy in the fuel O -> A in the Otto cycle

41 Gasoline Engine – Power Stroke
In the power stroke, the gas expands adiabatically This causes a temperature drop Work is done by the gas The work is equal to the area under the curve C -> D in the Otto cycle

43 Gasoline Engine – Exhaust Stroke
In the exhaust stroke, the piston moves upward while the exhaust valve remains open Residual gases are expelled to the atmosphere The volume decreases A -> O in the Otto cycle

44 Otto Cycle Efficiency If the air-fuel mixture is assumed to be an ideal gas, then the efficiency of the Otto cycle is g is the ratio of the molar specific heats V1 / V2 is called the compression ratio

47 Entropy Entropy, S, is a state variable related to the second law of thermodynamics The importance of entropy grew with the development of statistical mechanics A main result is isolated systems tend toward disorder and entropy is a natural measure of this disorder

48 Microstates vs. Macrostates
A microstate is a particular configuration of the individual constituents of the system A macrostate is a description of the conditions from a macroscopic point of view It makes use of macroscopic variables such as pressure, density, and temperature for gases

52 Entropy and Heat The original formulation of entropy dealt with the transfer of energy by heat in a reversible process Let dQr be the amount of energy transferred by heat when a system follows a reversible path The change in entropy, DS is

54 More About Change in Entropy
dQr is measured along a reversible path, even if the system may have followed an irreversible path The meaningful quantity is the change in entropy and not the entropy itself For a finite process,

55 Change in Entropy, cont The change in entropy of a system going from one state to another has the same value for all paths connecting the two states The finite change in entropy depends only on the properties of the initial and final equilibrium states

56 DS for a Reversible Cycle
DS = 0 for any reversible cycle In general, This integral symbol indicates the integral is over a closed path

57 DS for a Quasi-Static, Reversible Process
Assume an ideal gas undergoes a quasi-static, reversible process Its initial state has Ti and Vi Its final state has Tf and Vf The change in entropy is This demonstrates that DS depends on only the initial and final states and not the path between the states

58 Entropy Changes in Irreversible Processes
To calculate the change in entropy in a real system, remember that entropy depends only on the state of the system Do not use Q, the actual energy transfer in the process Distinguish this from Qr , the amount of energy that would have been transferred by heat along a reversible path Qr is the correct value to use for DS

59 Entropy Changes in Irreversible Processes, cont
In general, the total entropy and therefore the total disorder always increases in an irreversible process The total entropy of an isolated system undergoes a change that cannot decrease This is another statement of the second law of thermodynamics

64 DS in Free Expansion, cont
For an isothermal process, this becomes Since Vf > Vi , DS is positive This indicates that both the entropy and the disorder of the gas increase as a result of the irreversible adiabatic expansion

65 DS in Calorimetric Processes
The process is irreversible because the system goes through a series of nonequilibrium states Assuming the specific heats remain constant and no mixing takes place: If mixing takes place, this result applies only to identical substances DS will be positive and the entropy of the Universe increases

68 Entropy, Molecule Example Extended
Consider 100 molecules in the container The probability of separating 50 fast molecules on one side and 50 slow molecules on the other side is (½)100 If we have one mole of gas, this is found to be extremely improbable

69 Entropy, Marble Example
Suppose you have a bag with 50 red marbles and 50 green marbles You draw a marble, record its color, return it to the bag, and draw another Continue until four marbles have been drawn What are possible macrostates and what are their probabilities?

70 Entropy, Marble Example, Results
The most ordered are the least likely The most disorder is the most likely 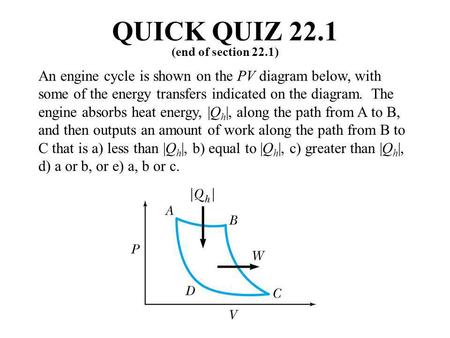 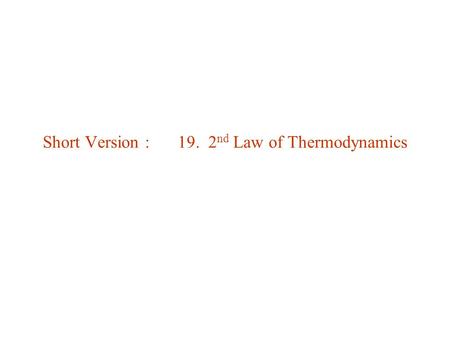 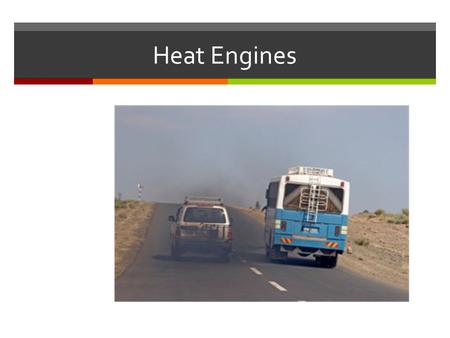 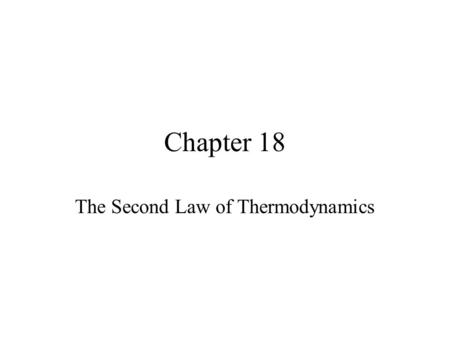 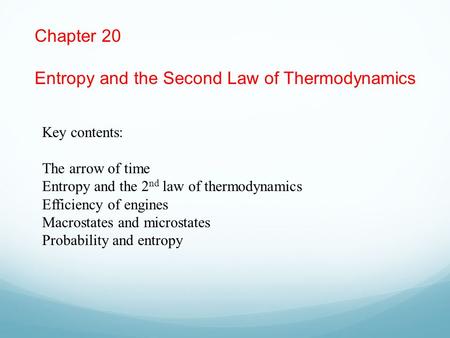 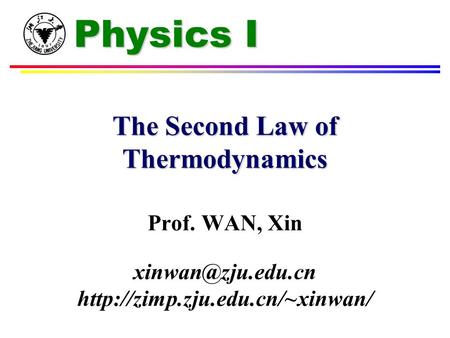 Physics I The Second Law of Thermodynamics Prof. WAN, Xin 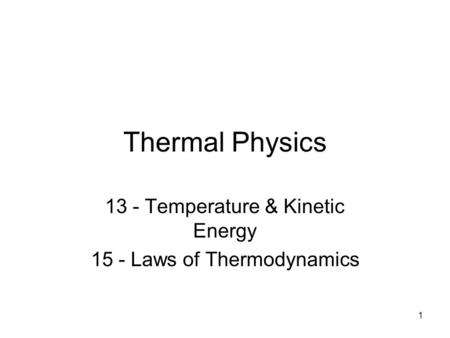 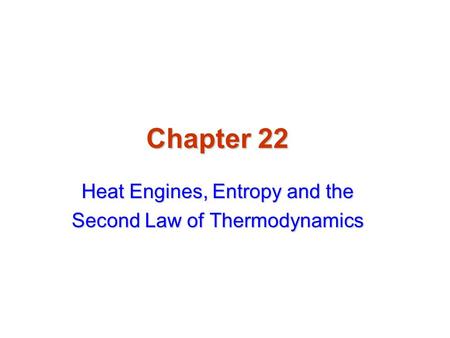 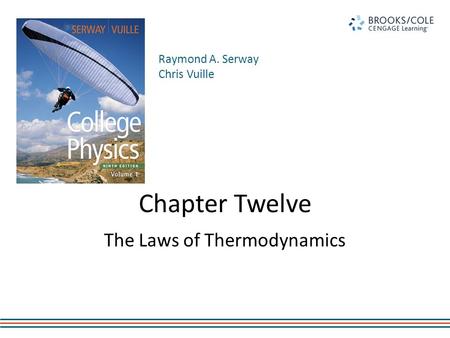 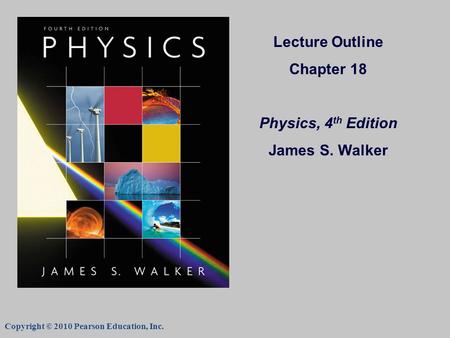