4 Causes of the Global Warming

5 Scientists have spent decades figuring out what is causing global warming. They've looked at the natural cycles and events that are known to influence climate. But the amount and pattern of warming that's been measured can't be explained by these factors alone. The only way to explain the pattern is to include the effect of greenhouse gases (GHGs) emitted by humans.

11 More people means more food, and more methods of transportation. That means more methane because there will be more burning of fossil fuels, and more agriculture.

13 Carbon dioxide emissions from burning gasoline for transportation With our population growing at an alarming rate, the demand for more cars and consumer goods means that we are increasing the use of fossil fuels for transportation and manufacturing.

14 Methane emissions from animals, agriculture such as rice paddies, and from Arctic seabeds Methane is another extremely potent greenhouse gas, ranking right behind CO2. When organic matter is broken down by bacteria under oxygen-starved conditions as in rice paddies, methane is produced. The process also takes place in the intestines of herbivorous animals, and with the increase in the amount of concentrated livestock production, the levels of methane released into the atmosphere is increasing.

17 Results of the Global Warming

19 Massive crop failures According to recent research, there is a 90% chance that 3 billion people worldwide will have to choose between moving their families to milder climes and going hungry due to climate change within 100 years.

20 Widespread extinction of species According to research published in Nature, by 2050, rising temperatures could lead to the extinction of more than a million species. And because we can’t exist without a diverse population of species on Earth, this is scary news for humans.

21 In west Europa, millions of people living in wetland and poverty.

25 Until the 2100 sea level is increase about 60cm. This graph shows observed sea level change from 1950 to 2000 based on tide gauge measurements (black line), and seven models for sea level change until 2100 (colored lines).

26 There are many problem of hunger in Asia.

29 CONCLUSION Global warming is affecting plants, animals, humans and the earth. We need to learn how to conserve our use of fossil fuels to minimize carbon dioxide production. This will slow down the effects of global warming 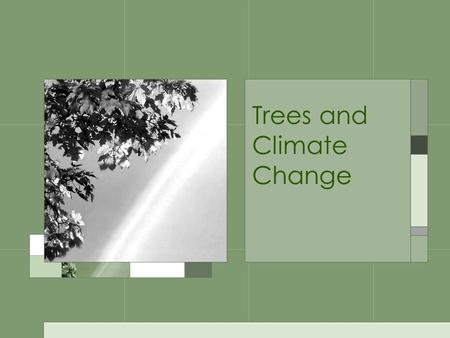 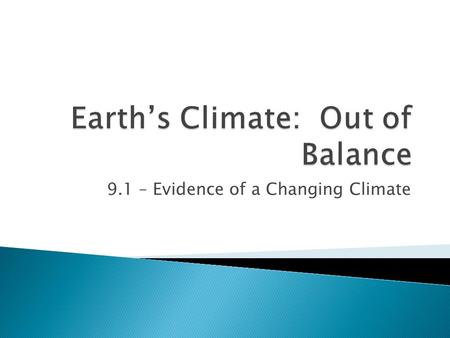 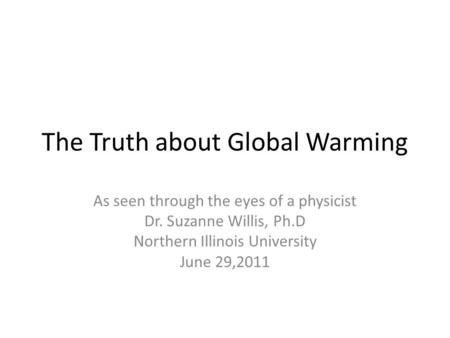 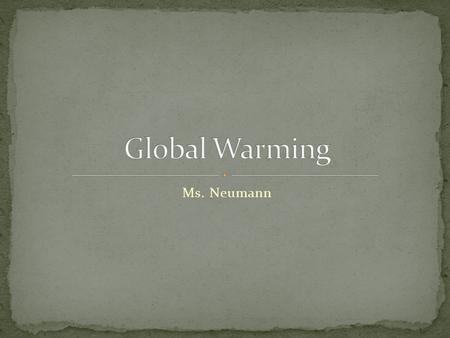