2 In General To successfully complete this essay, you cannot engage in an argument. Instead, you must write about how the argument was created. Dissect the argument and identify the tools the author uses to seek the reader’s agreement, The essay you are asked to write will demonstrate your ability to read critically and evaluate effectively the essential elements of a complex piece of prose.

3 Something NOT To Do Do not address the author by his/her first name.
This is discourteous and sets a sloppy, unscholarly tone for your essay. Give the author’s full name the first time you reference him/her and use only the last name for substantial mention.

4 Detailed Discussion of Rhetorical Strategies
When presenting an argument, a writer has a number of rhetorical techniques he/she can use. Chief among these are: Diction Syntax Figures of speech rhetoric

5 Diction Diction = author’s word choice
Take notice of the connotation of words Identify the key words the author uses. Negative and positive diction are always key elements in any argument. NOTE: It is not enough to say, “The author uses diction to convey his meaning.” Diction is word choice and to say an author uses words would be like saying, “The wind blows wind to make wind”.

6 Syntax Syntax = grammar
Simply recognize that short sentences are almost always abrupt, intense, and confrontational. They often force a sudden stop in thinking Longer sentences, on the other hand, are more thought provoking and permit reflection. Be careful not to get too wordy. Be clear, be concise, be thorough…write enough to do all of this.

8 Rhetoric According to Aristotle, rhetoric is, “the faculty of observing in any given case the available means of persuasion.” Rhetoric is a thoughtful activity that evaluates communication and leads to an effective and rational change of ideas. Rhetoric is how we argue. Use the acronym PELIDS to help identify and remember the basic rhetorical strategies that are essential to analysis.

9 Rhetoric: PELIDS P: Pathos
A pathos argument is a direct appeal to your emotions. It plays upon guilt, insecurity, fear, hope, or worry. All advertising is essentially a pathos driven argument that go after your emotions. However, do not just simply say that the author is using pathos. Ask yourself: What is the purpose of the pathos? That answer should be part of your essay.

10 Rhetoric: PELIDS E: Ethos
An ethos argument is fundamentally an argument about credibility. When you read an argument, one of the basic questions you have is: “Why should I listen? Does the author know what he or she is talking about? Why is the author’s credibility important for the argument?” The key point is that you should not just drop labels of elements but identify the purpose of ethos in the piece.

11 Rhetoric: PELIDS L: Logos
A logos argument is primarily a rational and reasonable argument. It seeks to convince by persuading you of the fundamental soundness of its point of view. Authors will call on authorities on the subject to support their argument. The most important element is whether the claims are sound or the evidence valid.

12 Rhetoric: PELIDS I: Inductive
Inductive arguments work from example and are a type of logos argument. Science is an example of an inductive argument. How do scientists define their truths? The conduct studies and look for patterns of repetition to prove their hypothesis. They provide data and draw conclusions. You will find many essays that use example after example, just as you should in your own general argument question, in order to convince you of the logical validity of the author’s point of view.

13 Rhetoric: PELIDS D: Deductive
Deductive reasoning is another form of logos argument. However, this argument does NOT provide examples but makes claims that it ASSUMES you will accept as true, then builds its argument based on those claims In an inductive argument, you must ask whether the examples are relevant and sufficient. In a deductive argument, you ask whether the initial claims are valid, and then ask whether the claims fundamentally result in the conclusions made in the essay. Think of geometry: If A is true and B is true, then we can deduce that C also must be true.

14 Rhetoric: PELIDS S: Syllogism
Syllogisms are a particular type of deductive argument Syllogisms provide two premises (claims) and then offers a conclusion. For example: All humans die. Maggie is human. Therefore, Maggie will die. (That is easy) But be careful…some can be distractors: God created mankind. All God’s creatures are good. Therefore, mankind is good. (There’s room for argument here!)

15 Rhetoric: PELIDS NOTE: Be aware of fallacies such as the “God created mankind. All God’s creatures are good. Therefore, mankind is good” example. Fallacies are logical arguments that are false in their argumentative structure . They attempt to engage in the appearance of a rational argument but ultimately fail for some reason.

16 Practice Activity Take 40 minutes to read the sources and respond to the essay. We will go over the scoring rubric when time is called. Pg 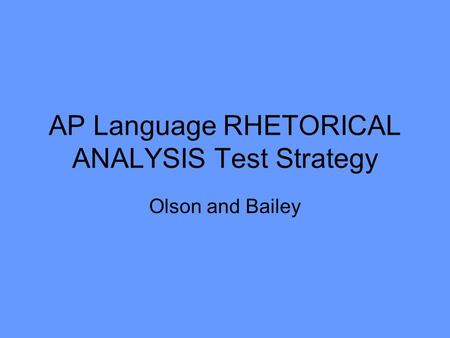 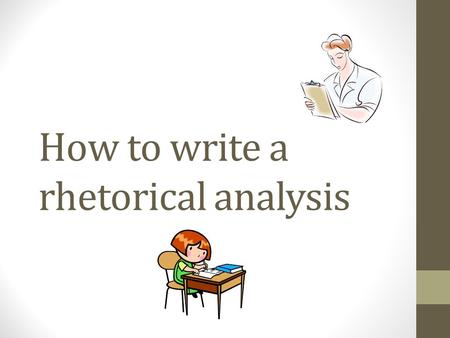 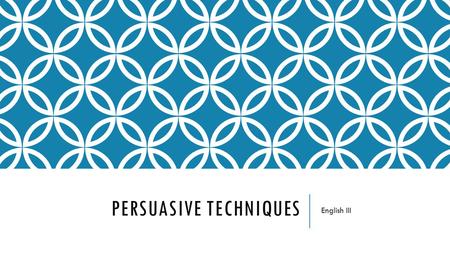 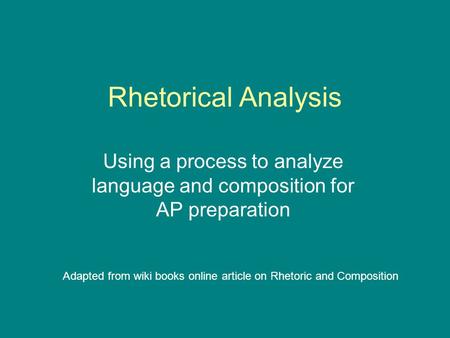 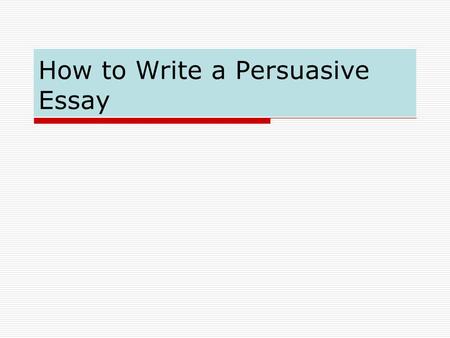 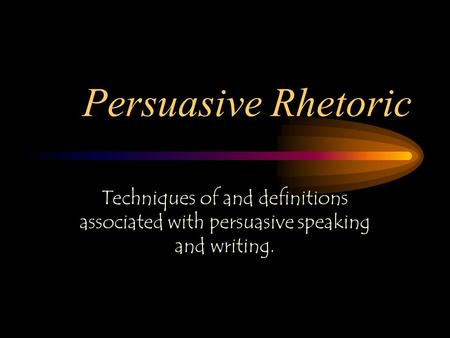 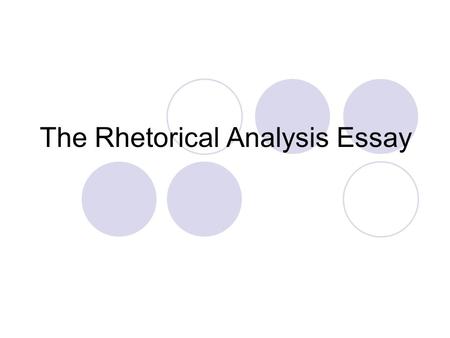 The Rhetorical Analysis Essay. Task Unlike argument or synthesis, this is not a debate paper. Task of the essay is to analyze the methods employs in his. 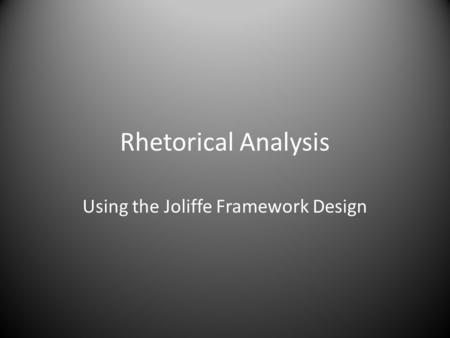 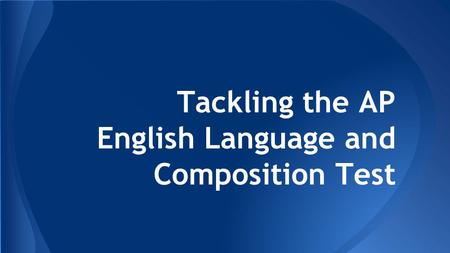 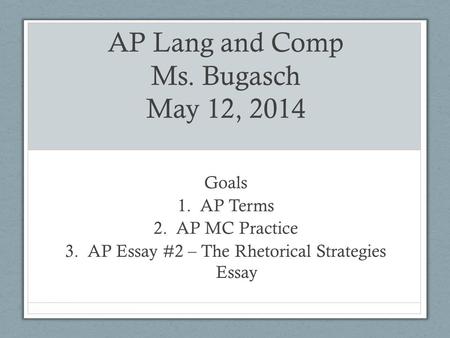 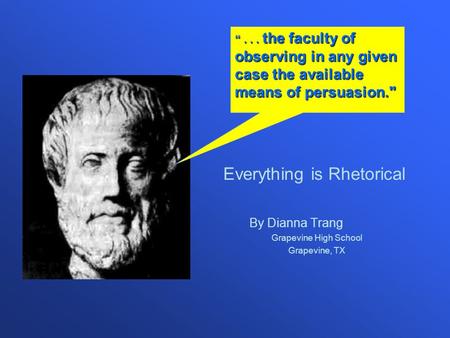