1 Characteristics of Waves Chapter 9 S8P4a. Identify the characteristics of electromagnetic and mechanical waves. S8P4d. Describe how the behavior of waves is affected by medium (such as air, water, solids.) S8P4f. Diagram the parts of the wave

2 The Nature of Waves

3 1) A wave is any disturbance that transmits energy through matter or space Examples: water waves in the ocean microwaves light waves radio waves sound waves

4 2) Waves carry energy away from their source, but they DO NOT carry material

5 3) The substance the wave passes through is called a medium. Sound waves and ocean waves require a medium – they are called mechanical waves.

7 5) Two types of wave motion: a) transverse b) longitudinal

13 1) The amplitude of a wave is its height above the rest position. A larger amplitude means more energy

15 3) Frequency: the number of waves produced in a given amount of time; greater frequency means more energy

18 Wave Interactions Or, What happens when waves hit stuff?

19 1) Reflection: waves bounce back after hitting something

20 2) Refraction occurs when waves bend when they pass from one substance to another.

21 3) Diffraction occurs when waves bend as they pass through an opening or around a corner.

24 5) Standing waves result from interference that creates a stationary pattern of waves. http://web.ncf.ca/ch865/frenchdescr/StandingWaveString.html 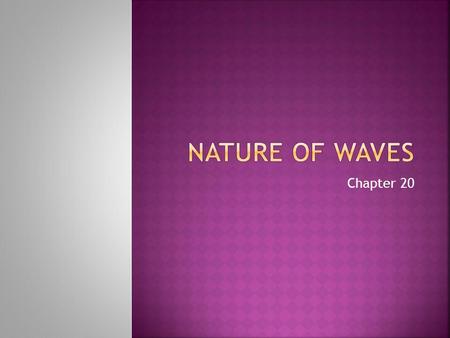 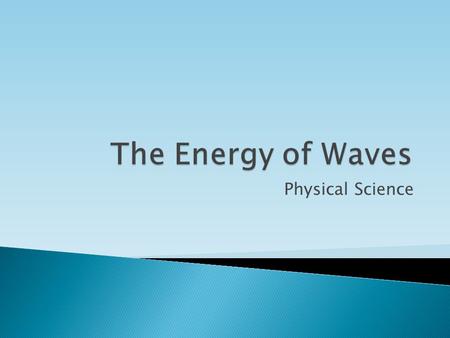 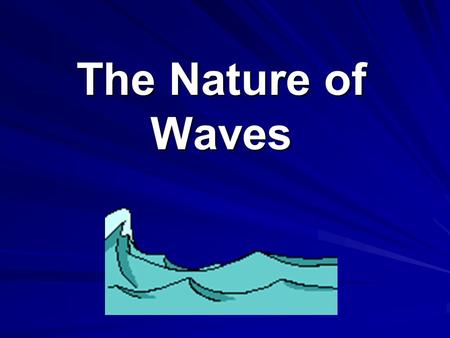