Presentation on theme: "Study Notes for 3-2 TEST. 1 The type of weather associated with an incoming _____ pressure system would be cloudy, chance of ______. low storms."— Presentation transcript:

2 1 The type of weather associated with an incoming _____ pressure system would be cloudy, chance of ______. low storms

4 3 Precipitation that occurs when rain falls through a layer of freezing air close to ground is known as _______. sleet

5 4 Winds in a _____ pressure system that form in the Northern Hemisphere appear to rotate ________ clockwise when viewed from space. low counter

17 16 Meteorologists use _________ models to help them make forecasts from data they have input into computers. computer

26 25 States in the mid-central United States are more likely to have _________ because the cold dry air from Canada contacts warm, _____ air from the Gulf of Mexico. tornados moist

32 31 Oceans have slow temperature ________ which stabilize the temperatures of air masses that form over them and cause towns near an ocean often to be ________ in winter and cooler in summer than towns at the same latitude but located ______. changes warmer inland

Download ppt "Study Notes for 3-2 TEST. 1 The type of weather associated with an incoming _____ pressure system would be cloudy, chance of ______. low storms." 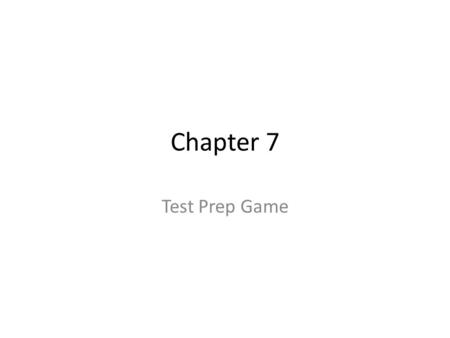 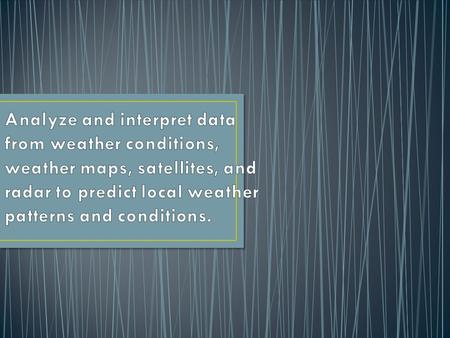 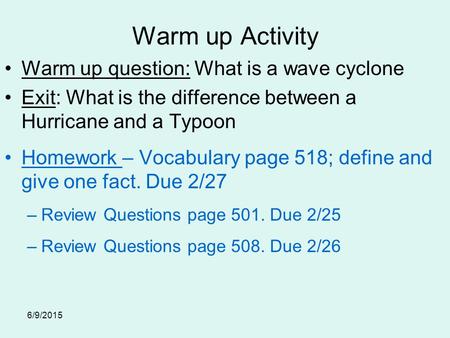 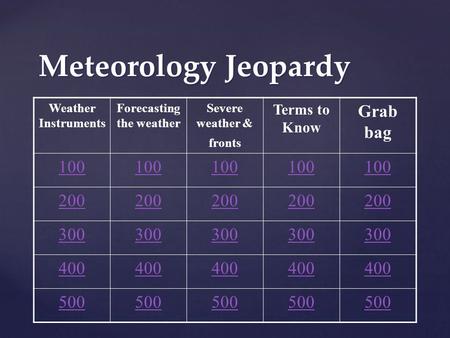 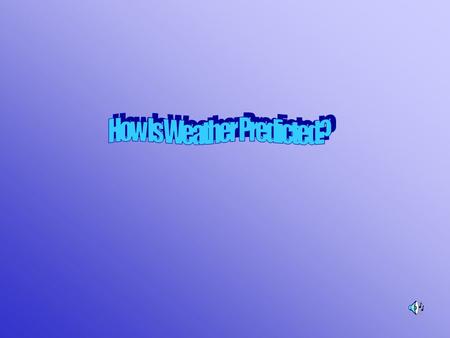 Before you decide to do outdoor activities, it is important that you know what kind of weather it will be. If you look out and the sky is sunny without.