Triglycerides Are Esters of Glycerol and Fatty Acids

Presentation on theme: "Triglycerides Are Esters of Glycerol and Fatty Acids"— Presentation transcript:

4 What is hydrogenation? Many years ago, we discovered how to convert liquid fats into solid fats by means of this process called hydrogenation. Here, the liquid fat is put into a strong vessel, heated, and put under high pressure with hydrogen in the presence of a catalyst. The catalyst, usually platinum, palladium or nickel, is necessary because the process would be so slow otherwise that it would, for all practical purposes, never happen. Under these catalytic conditions, however, the liquid fat becomes a solid fat. In this process, unsaturated fats are partially converted into saturated fats. Hydrogenation was employed by the food industry in an effort to convert liquid fats (unsaturated ones) to solids (saturated fats). There were two main topics that could be addressed by this approach: separation of oils (for example, in peanut butter), and shelf life problems. As a matter of fact, converting the liquid fats to solid fats did indeed solve both problems. Separation could be halted, and the off-tastes and odors produced over time by oxidation of the unsaturated fats (which is called rancidity) could be avoided, because the saturated fats do not oxidize (turn rancid).

5 Cardiovascular risk But the price the consumer pays for the benefit of the food industry is a cardiovascular risk, in the form of trans fats, which is why the government required the amount of trans fats to be listed on labels starting in January 2006. More recent studies have suggested that, even with the same caloric intake (including fat calories) in two groups, the group with the higher trans fats intake gained more weight. In addition, this weight tended to gather around the middle, giving the “apple” shape, which has been implicated in giving rise to an increased cardiovascular risk. The bad news about trans fats has been gathering for years, but commercial interests would rather bury the information (as well as their victims) than give up any profits.

7 cis form Here we will discuss the hydrogenation process in terms of the structures of the fatty acids, which are the major components of the fats involved. The structure      cis form cis formis the usual molecular geometry, or shape, of the unsaturated fatty acids. This shape is called cis which means the two H’s are on the same side of the molecule. This is the geometry preferred by nature and the human body. H C R COOH

15 Summary Unsaturated fats tend to be liquid at room temperatures: the double bond is, in the normal cis configuration, asymmetric and so forces a kink or bend into the carbon chain. As a result the unsaturated fatty acids are unable to pack so closely together, or crystallise so readily as straight-chain saturated fatty acids. This is why unsaturated oils are mostly liquid at room temperature, while more saturated fats (such as tallow) are hard. However a trans double bond does not form a sharp angle, as does a cis double bond. Instead the molecular chain forms a straight line similar to a saturated fat, except with a small kink at the double bond site. Consequently the trans isomer of a given fatty acid will always have a higher melting point than the cis isomer, but one lower than the corresponding saturated fatty acid. In a "monounsaturated" fatty acid, there is only one such double-bonded pair of carbon atoms. In a "polyunsaturated" fatty acid, there are two or more such pairs. When an unsaturated oil is hydrogenated, hydrogen is absorbed into the fatty acid molecules. The hydrogen atoms bind to the carbon chain in the vacant double-bonded sites, where only one hydrogen atom is attached to the carbon atoms. In so doing the extra hydrogen removes the double bond, straightens the chain, and makes the molecule more saturated.

Download ppt "Triglycerides Are Esters of Glycerol and Fatty Acids" 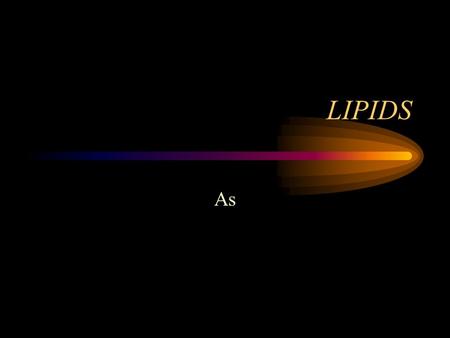 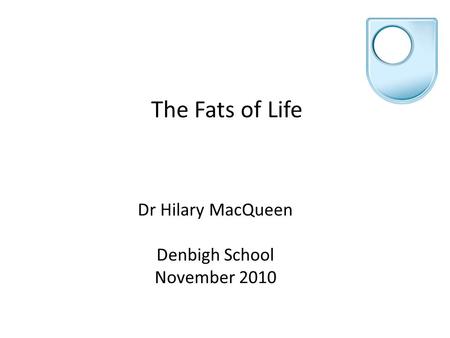 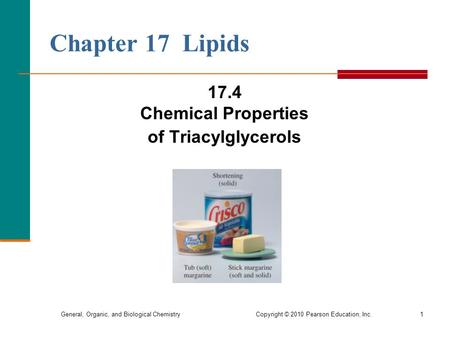 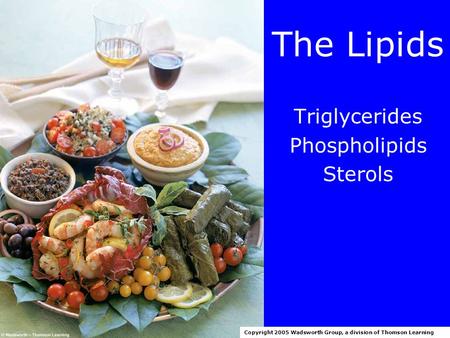 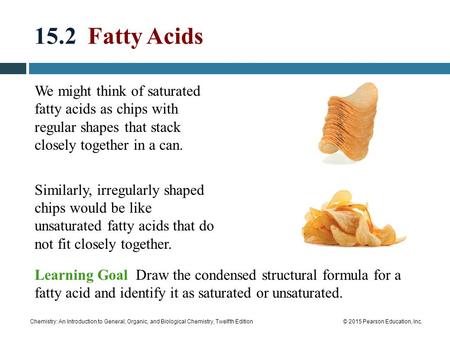 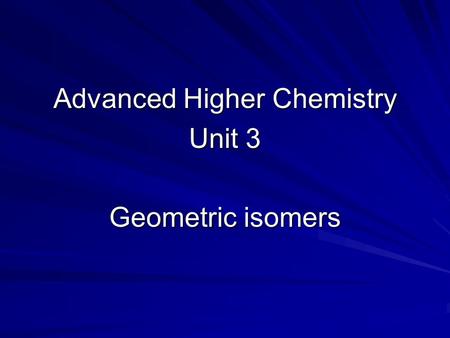 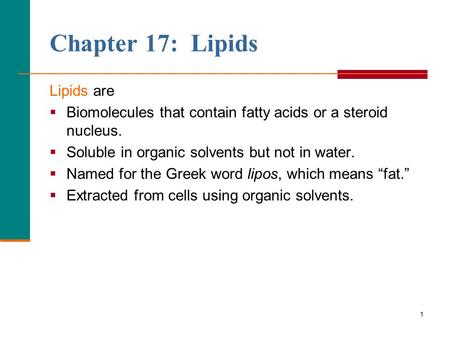 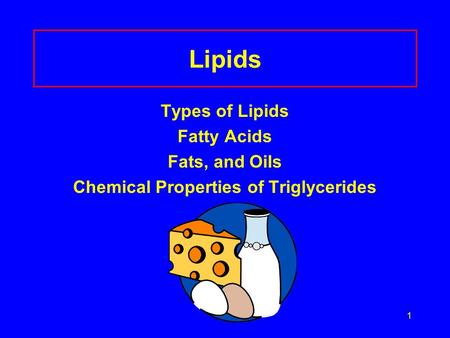 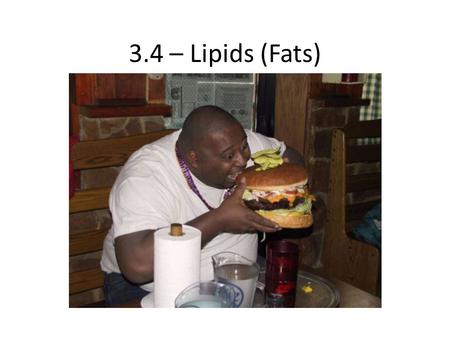 3.4 – Lipids (Fats). Learning Objectives Learn what a triglyceride is. Learn what a fatty acid is. Learn the structure of a phospholipid. Learn how lipids. 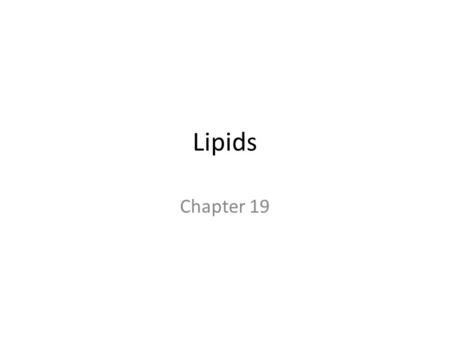 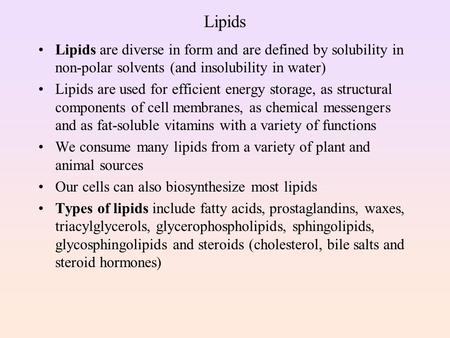 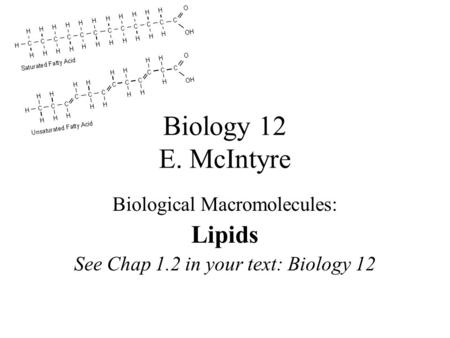 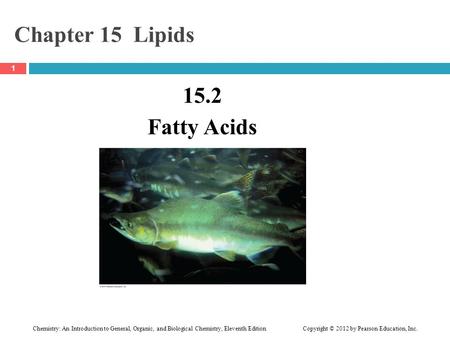 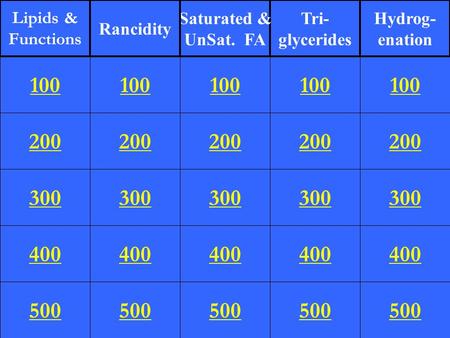 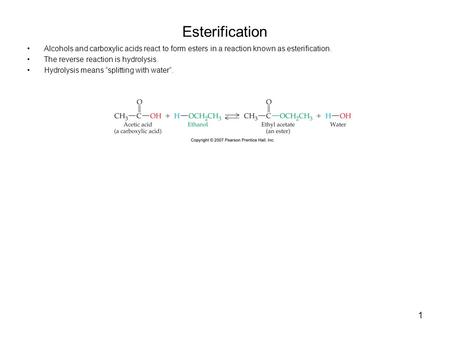 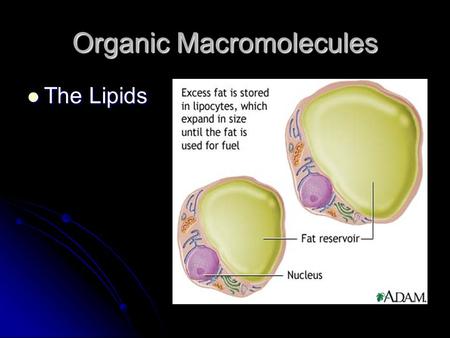 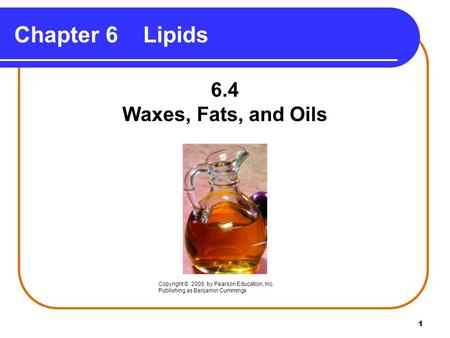 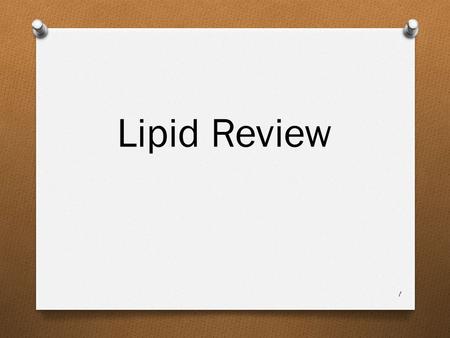 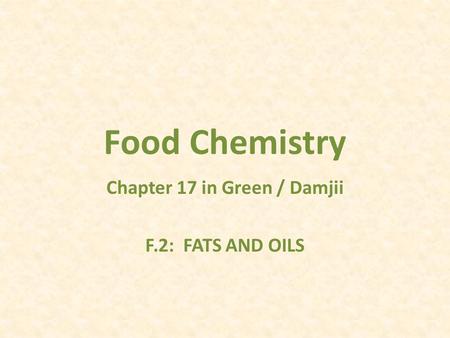 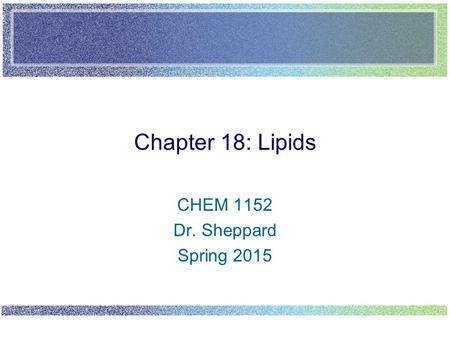