3  Observations: as the length of the conductor increased, the current decreased.  Recall: increasing length of wire increases resistance (if resistance increases current decreases provided that voltage stays the same)  Findings:  For certain materials, when you plot a graph of the voltage versus the current, you get a straight – line relationship.  The slope of the straight line represents the resistance of the material.  The steeper the slope of the straight line, the greater the resistance

11  What do you think will happen in figure 5 (b)? The electrons will have three possible paths to follow and the current will split in three. As a result:

18  The more the identical lamps connected in series means less of an electrons electric potential energy gets converted to heat and light.  The voltage drop across each load decrease V source ___________

21  An accidental low resistance connection between two points in a circuit, causing excess current (recall: decrease resistance-increase current)  Electrical device will not work and could be dangerous. Wire becomes hot and could start a fire (supplement p. 462)

22  If there is too much current flowing through a circuit, it will become overloaded.  This can be dangerous because it can cause the wires to heat up and start a fire.

23  A fuse prevents too much current from flowing through a circuit.  If the current is too high, the wire inside it melts.  This opens the circuit so no current can flow.

24  Once a fuse has melted, it needs to be replaced.  A fuse box holds all the fuses for all the circuits in a house or apartment.

25  Like a fuse, a circuit breaker stops electric current from flowing in an overloaded circuit.  It works like a switch.

27  A circuit panel has a circuit breaker for each circuit in a house or building.

28  3 different kinds of connections 1. Hot or “live” wires – carry current to the appliance - red or black 2. Neutral wire - carries current away from the load - white

32  Connects to the ground.  It gets rid of electric current by letting it flow to the Earth.  It is a safety feature that ensures unsafe current flows to the ground rather than through you.

33  Appliances used near water are a danger because water conducts electricity.  Parts of your home that are close to water often have a GFI outlet.

34  A sensor measures the current flowing in the hot wire and the neutral wire.  If there is a difference in current, the circuit breaker opens the circuit.

35  If you push the “test” button, the power to the outlet is cut.  The “reset” button restores the power. 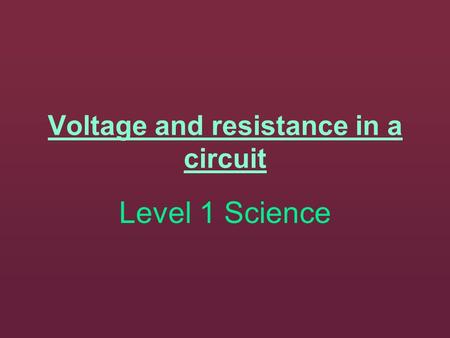 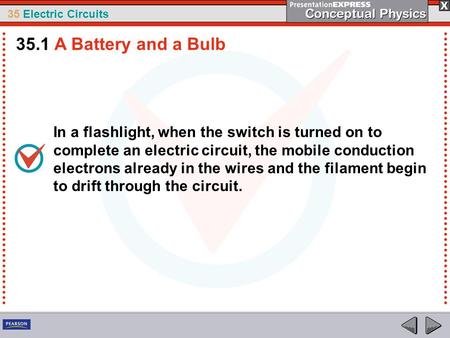 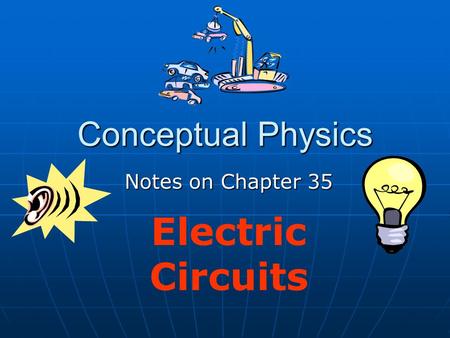 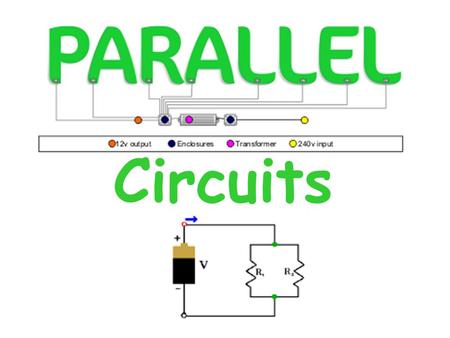 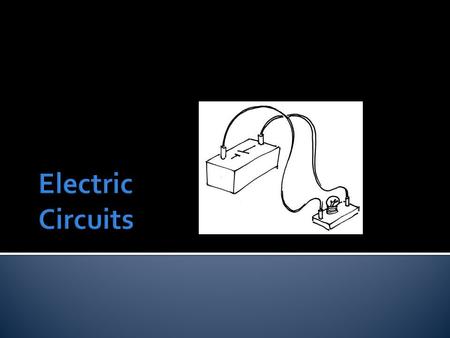 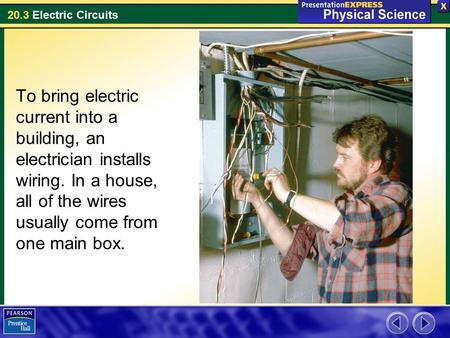 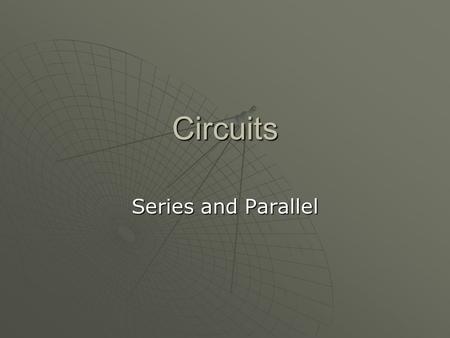 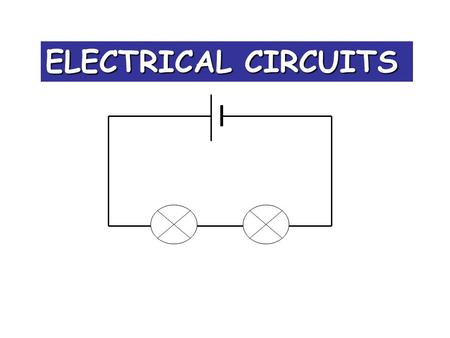 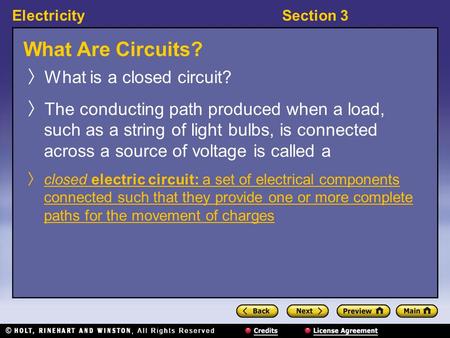 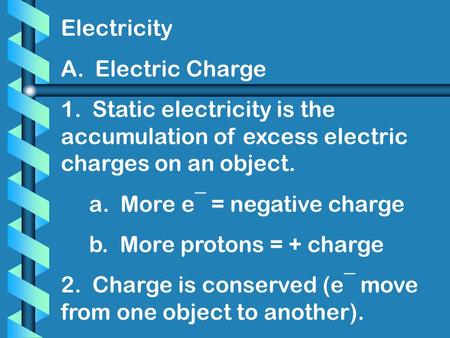 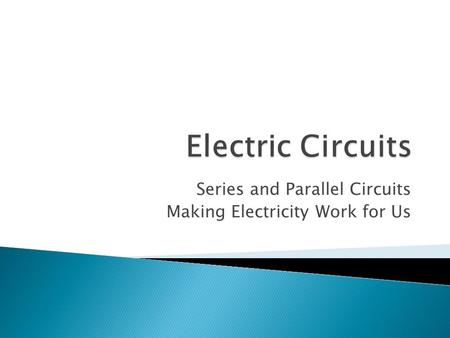 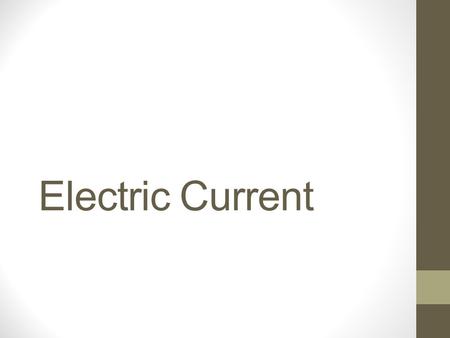