Presentation on theme: "Stellar Evolution. Forces build inside the protostar until they are great enough to fuse hydrogen atoms together into helium. In this conversion."— Presentation transcript:

5 Forces build inside the protostar until they are great enough to fuse hydrogen atoms together into helium. In this conversion a tiny amount of mass is turned into a large amount of energy. For a star of the Sun’s size, 5 million tonnes start to be converted into energy every second. The protostar detonates into a star.

15 7. With no fusion energy to keep the core inflated, it collapses for one last time. The carbon is crushed into a diamond the size of the Earth. 8. The outer layers of the Red Giant are shed into space as giant gas and dust shells. They are illuminated by the remaining tiny White Dwarf star. Astronomers thought these dim clouds looked a bit like planets so they called them Planetary Nebula.

17 Example: The blue giant star Bellatrix, in the constellation Orion, is coming to the end of its hydrogen fuel Bellatrix

19 Betelgeuse dwarfs most other stars

20 The core of the red giant becomes an onion-like structure with an iron core. Hydrogen Carbon Helium 700 million km Oxygen Neon Silicon Iron core 4. Eventually the star creates a core of iron 3. When a Red Super Giant runs out of Helium fuel it has enough heat and pressure in its core to fuse Oxygen and Carbon to make even bigger atoms

21 5. As the fuel runs out, the core shrinks and gets hot enough to fuse iron. ( REMEMBER: As the star fused hydrogen, helium, carbon and oxygen it created enough energy to keep itself supported against the crushing force of gravity.) 6. Unlike the fusion of smaller atoms, when iron fuses it SUCKS IN energy. The giant star is millions of years old but it now collapses in seconds. 7. Billions of tons of star material hurtle into the core and then bounce back out in the biggest explosion in the Universe – A Supernova.

22 8. What remains from the explosion depends on the size of the original star 1.5 – 3 solar masses: form one giant, 12 mile diameter atomic nucleus composed only of neutrons (all of the protons and electrons have been squeezed together to form neutrons). This is a neutron star. The force of its tremendous gravity is balanced by the repulsion of the neutrons. 3+ solar masses: and there is no force greater than the star’s gravity. The star collapse never stops, it disappears leaving only its mass to create a gravity field. Nothing goes fast enough to escape, not even light. This is a black hole.

24 The gravity near to a black hole is so strong that even light does not go fast enough to get away Singularity – all the mass is squeezed into a point Event Horizon – the outer edge where the force of gravity is great enough to stop light escaping. The event horizon of the smallest black holes created by supernovae should be about 12km across.

Download ppt "Stellar Evolution. Forces build inside the protostar until they are great enough to fuse hydrogen atoms together into helium. In this conversion." 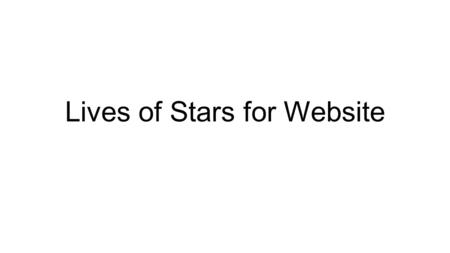 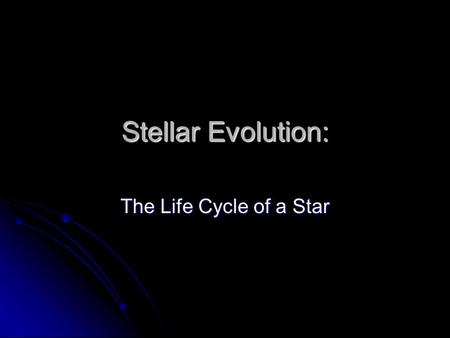 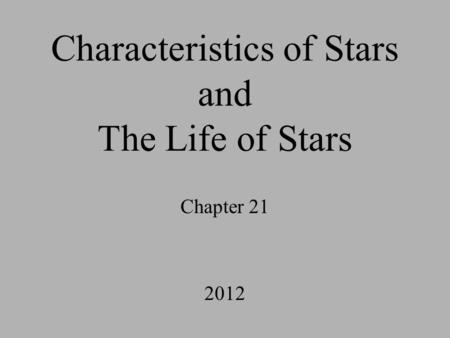 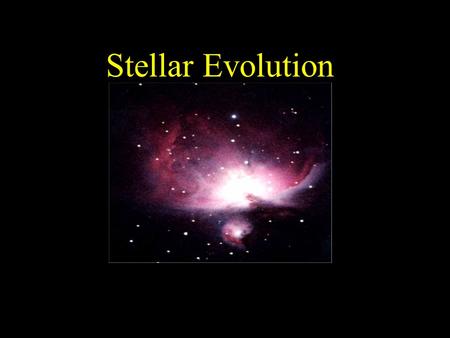 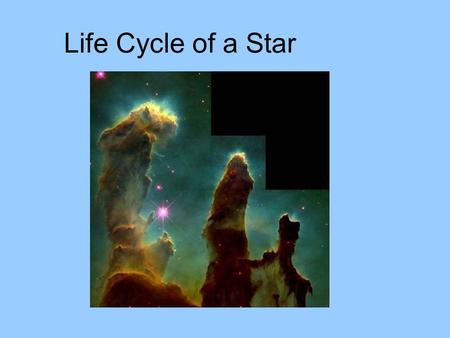