What is Router? Router is a device which makes communication between two or more networks present in different geographical locations. Routers are data.

Presentation on theme: "What is Router? Router is a device which makes communication between two or more networks present in different geographical locations. Routers are data."— Presentation transcript:

8 Attachment Unit Interface It is used for connecting LAN to the Router. It is known as Ethernet Port or LAN port. AUI has 15-pin female connector (DB-15). Transceiver is used to connect RJ-45 to DB-15.

9 Attachment Unit Interface An IP address is to be assigned to this interface and it should be in the same network as of the LAN.

16 Console Port It is known as Local Administrative Port. It is used for Initial Configuration. Password Recovery.

17 Console Connectivity Connect one end of the rollover cable to the router's console port (RJ- 45 connector) and the other end of the cable to DB-9 converter. Attach the female DB-9 converter to a PC Serial Port. Use Terminal Emulation software like HyperTerminal, Putty, TeraTerm and so forth. Open minicom -s (when using a Linux OS)

18 Auxiliary Port It is known as Remote Administrative Port. Used for remote administration.

23 Internal Components NVRAM - Non Volatile RAM The Startup Configuration of the router is stored permanently when it is saved here. It is temporary storage memory where Running Configuration is stored. RAM - Random Access Memory The size of RAM is greater than NVRAM. Motorola Processor 30 MHz, RISC (Reduced Instruction Set Computer) based processor Processor

26 Router Boot sequence: – a series of steps a Cisco router performs when booting up – to test the hardware and load the necessary software.

27 Boot Sequence router performs a POST (Power On Self Test) It tests the hardware to verify that all components of the device are operational and present. POST is stored in and run from ROM. E.g. POST checks for the different interfaces on the router

28 Boot Sequence The bootstrap program checks the Configuration Register value to find where to load the IOS. The bootstrap is a program in ROM that is used to execute programs. The default value of configuration register is 0x2102. This value indicates that the router should load CISCO IOS software image from flash memory. Flash memory is the default location

32 Boot Sequence Once the startup-config configuration is loaded, IOS will present CLI interface in user mode.

Download ppt "What is Router? Router is a device which makes communication between two or more networks present in different geographical locations. Routers are data." 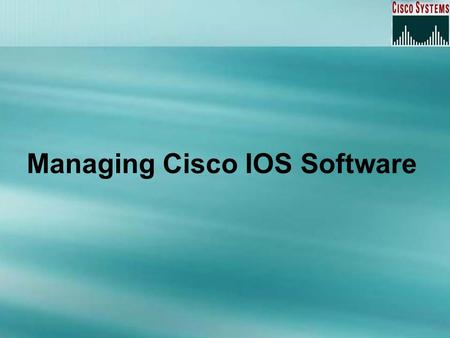 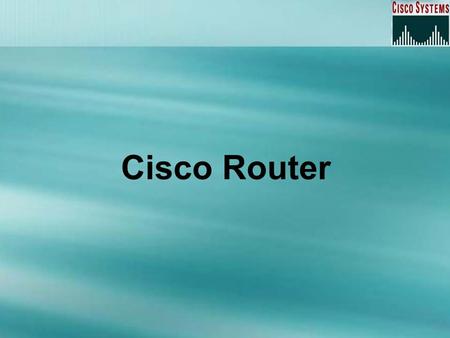 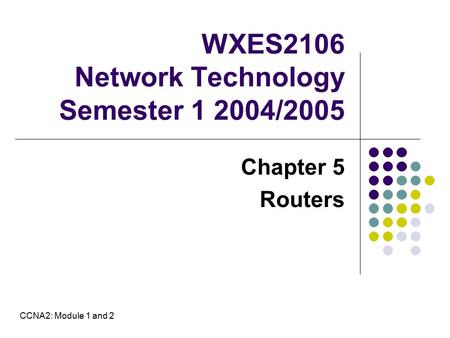 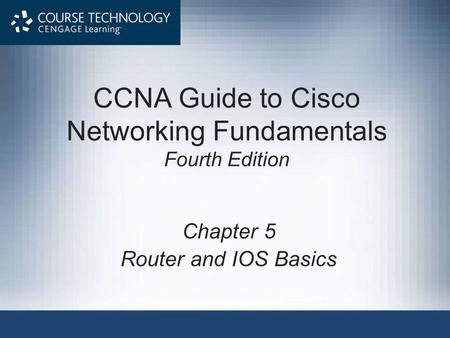 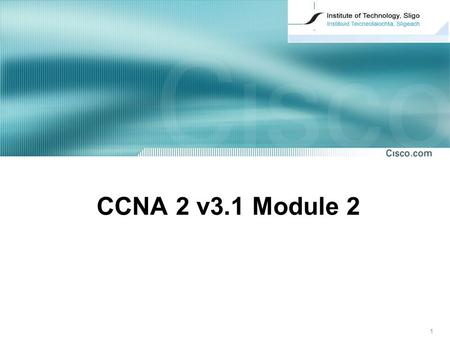 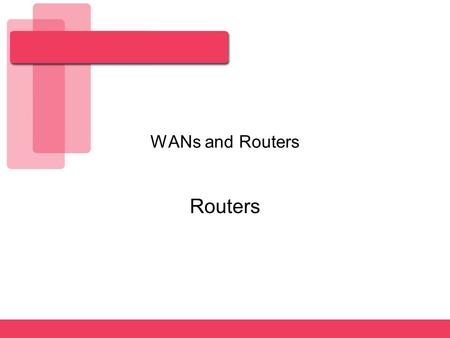 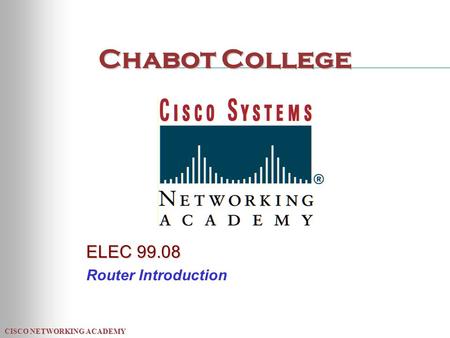 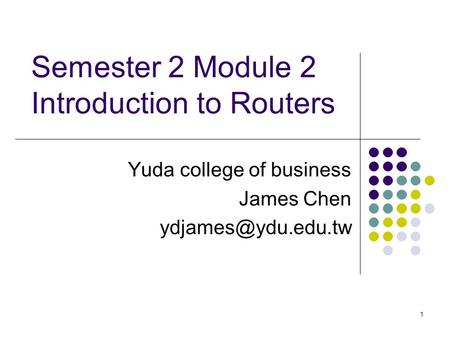 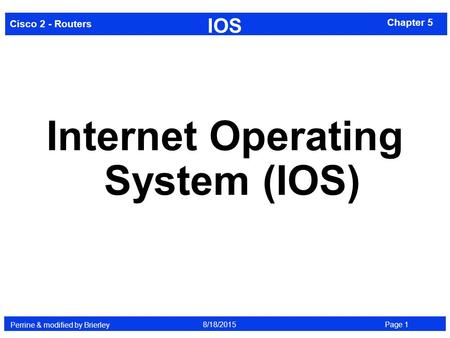 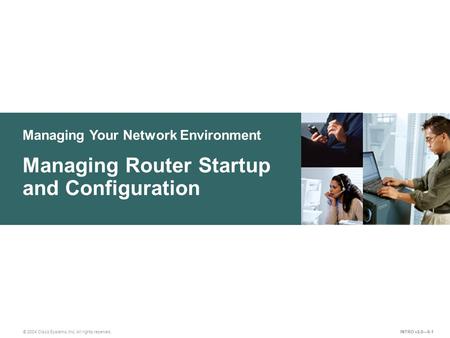 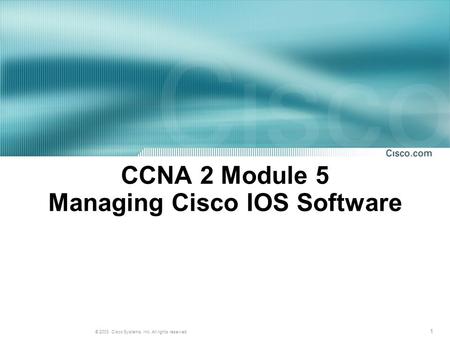 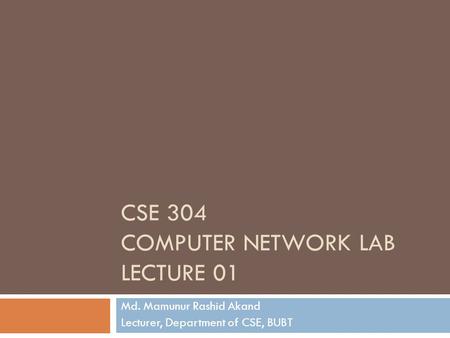 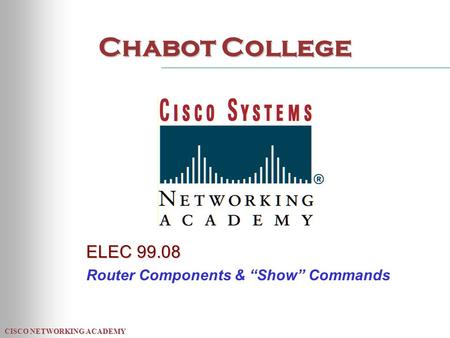 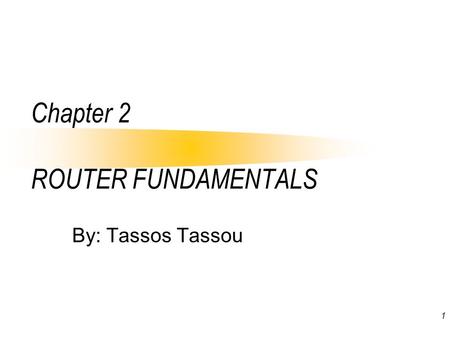 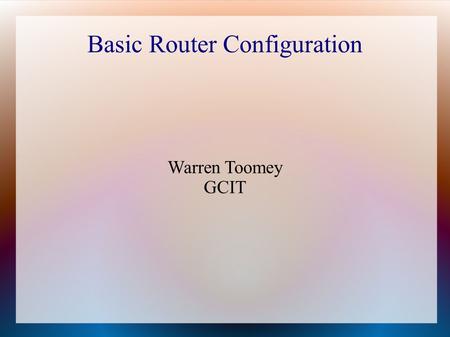 Basic Router Configuration Warren Toomey GCIT. Introduction A Cisco router is simply a computer that receives packets and forwards them on based on what. 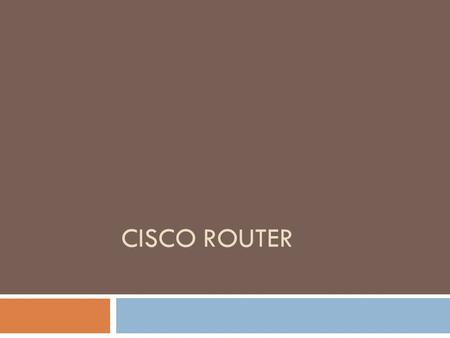 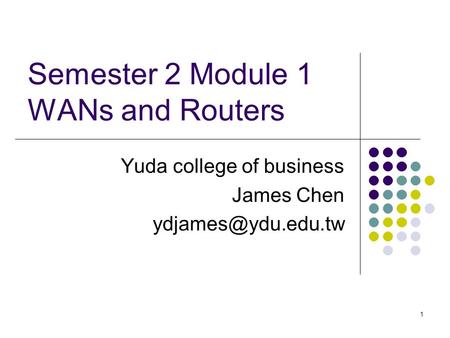 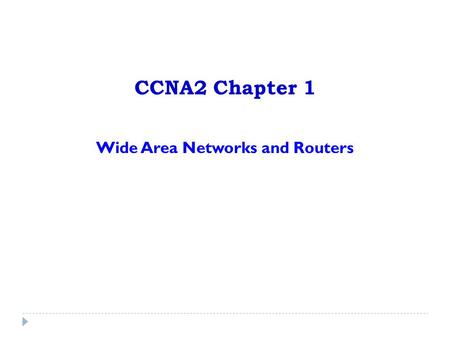 CCNA2 Chapter 1 Wide Area Networks and Routers. WAN is a data communications network that operates beyond a LAN’s geographic scope. Users subscribe to. 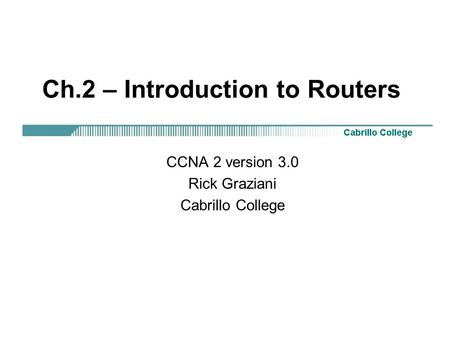 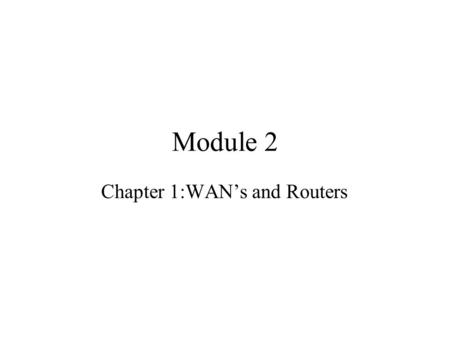