Greek god of the sea and oceans, earthquakes, and horses.

Presentation on theme: "Greek god of the sea and oceans, earthquakes, and horses."— Presentation transcript:

2 Family Poseidon’s father was Kronos, god of time. His mother was Rhea, goddess of the earth. His is the brother to Hestia, Demeter, Hera, Hades, and Zeus. Has many children. He had a half fish son named Triton with his wife Amphitrite. He fathered Pegasus, the flying horse, with Medusa and He fathered another horse, Arion, with his sister Demeter.

3 Who is Poseidon? Poseidon was powerful, decisive, competitive, and dignified. It was very important to stay on his "good side.” He was also moody and quick to take offense. Anyone who angered him, would have to feel the wrath of his revenge. Poseidon was also a creative god, designing all the creatures of the sea.

4 A Short Story Once, Poseidon and Athena, goddess of war, were having a competition to win over the city of Acropolis (now known as Athens). Poseidon threw a spear at the ground and created the Spring at Acropolis. Athena created the olive tree and with that, she won over the city of Acropolis. So it was named Athens. In Poseidon’s anger, he flooded the Attic Plain. After that Athena and Poseidon worked together by putting together their powers. Poseidon created horses and Athena created the first Chariot.

Download ppt "Greek god of the sea and oceans, earthquakes, and horses." 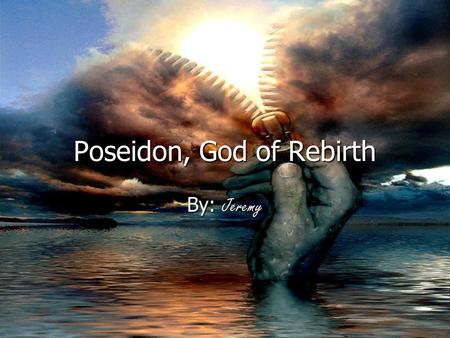 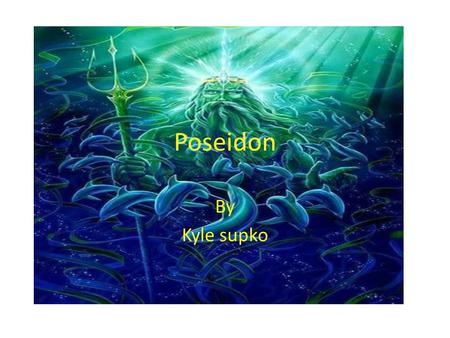 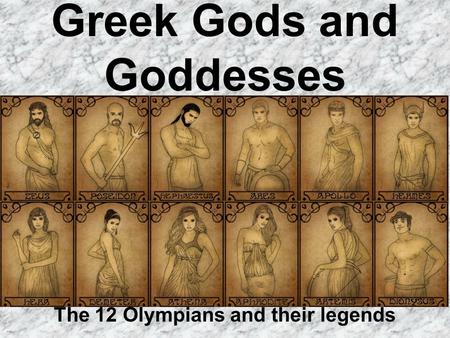 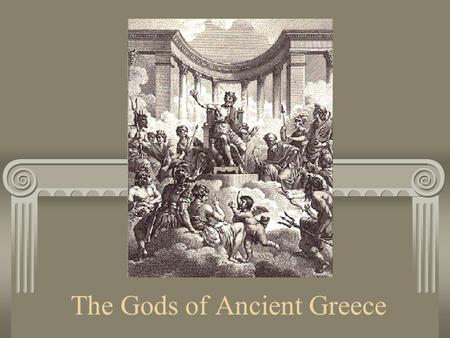 The Gods of Ancient Greece 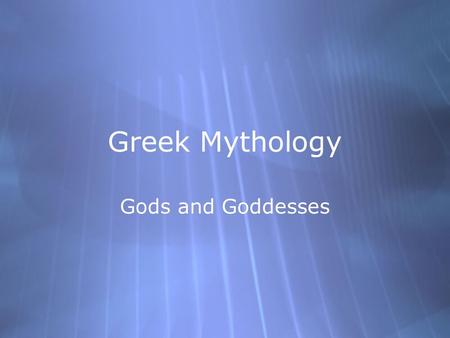 Greek Mythology Gods and Goddesses. The Beginning… Cronus and Rhea were two of the original Titans…a group of mighty beings who rules the world. Cronus. 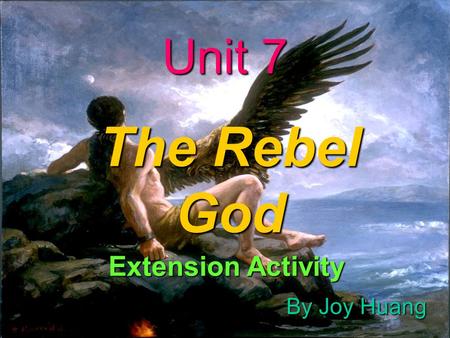 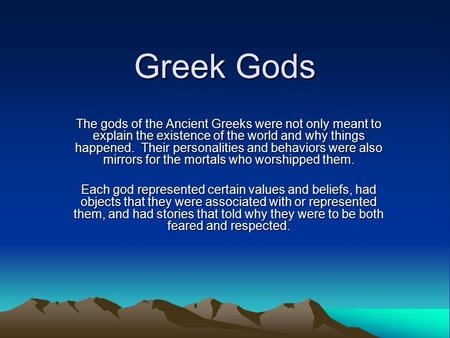 Greek Gods The gods of the Ancient Greeks were not only meant to explain the existence of the world and why things happened. Their personalities and behaviors. 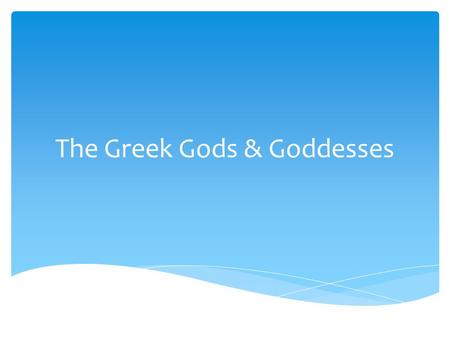 The Greek Gods & Goddesses.  King of the gods  God of air  Uses Thunderbolts as his weapon  Womanizer – married his own sister  Son of Cronos and. 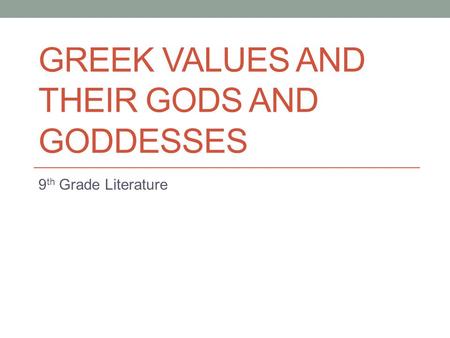 Greek Values and Their Gods and Goddesses 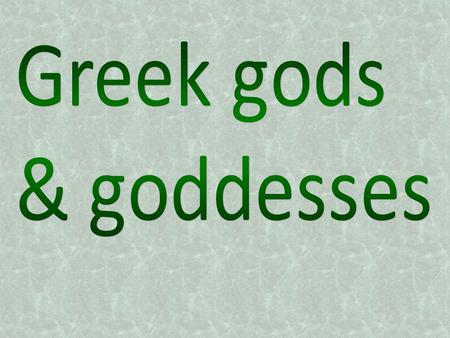 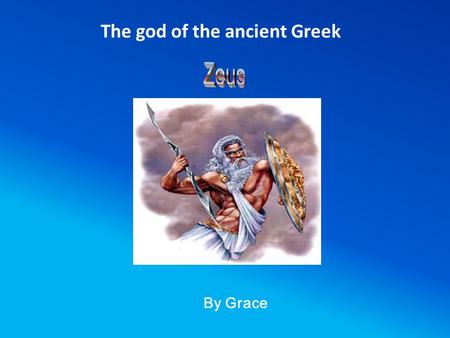 By Grace The god of the ancient Greek Who was Zeus? 1. Greek god of the sky, heavens and the earth. He was also king of the gods where he ruled with. 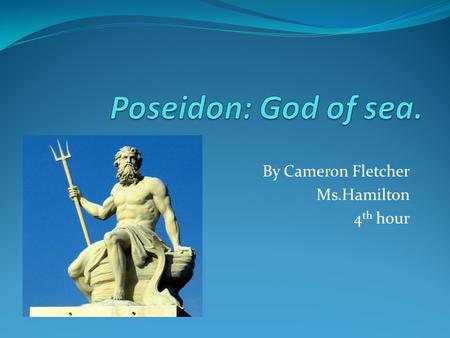 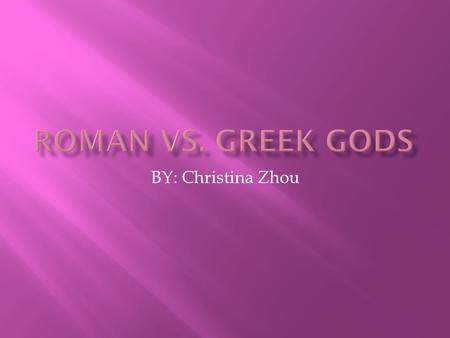 BY: Christina Zhou.  Jupiter and Zeus are both king of the gods. Zeus is the god of the sky, lightning, thunder, law, order and justice. His wife is. 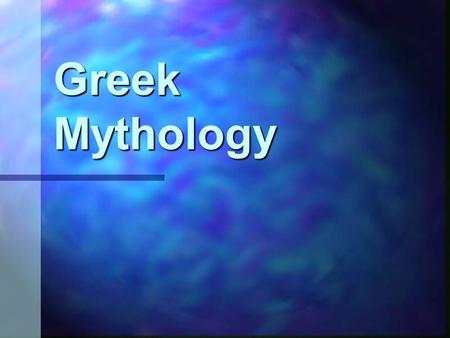 Greek Mythology. What is Mythology? o Long ago, people had a hard time explaining what was happening around them. o There were no scientists or teachers. 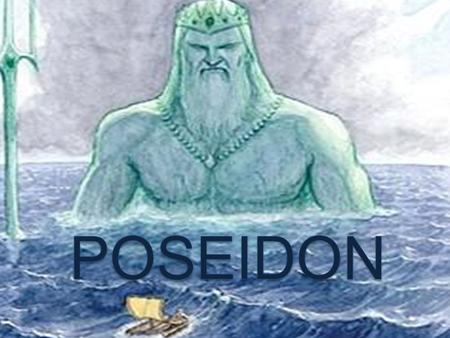 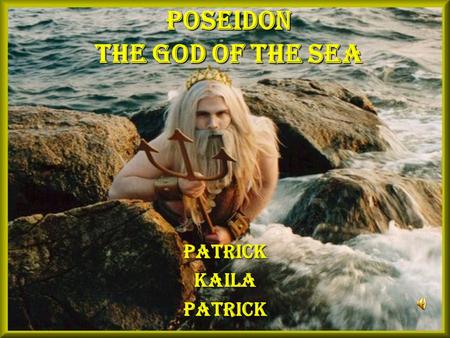 Poseidon The God of The Sea 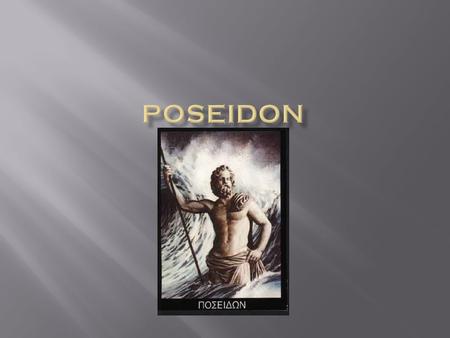 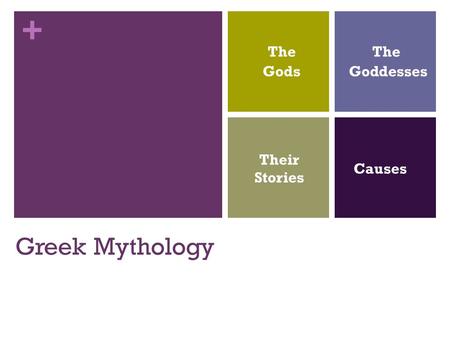 + Greek Mythology Their Stories The Goddesses The Gods Causes. 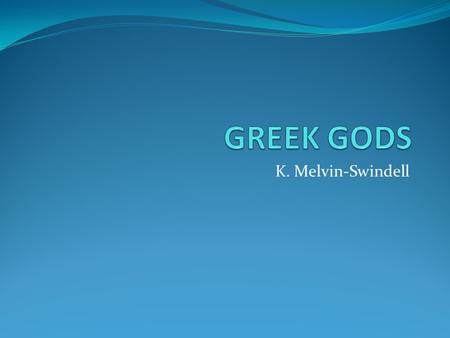 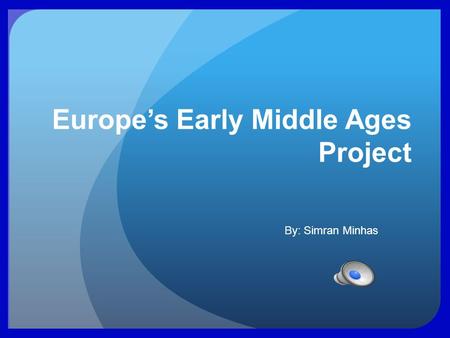