1 Working in the Mines

3 Early mines were bell-shaped pits owned or used by a few men. As demand increased for coal mines developed into a maze of tunnels and routes deep underground. However working in mines was a very dangerous job. When the coal was reached the shaft was widened to get as much coal as possible. The pit was then abandoned when the shaft was in danger of collapsing and a new one dug nearby

4 Mine Workers With many people desperate for work mine owners offered low wages in order to maximise profits. Whole families including women and children worked down the mines facing dangerous conditions.

5 Dangers in the Mines Roofs caved in ExplosionsFloodsFires Poisonous Gases

6 Older boys and men would cut the coal away from the coal face. There was no washing facilities at the pits. The miners would walk miles to get home. Coal dust filled their lungs causing a lung disease known as the ‘Black Spit’. Hewers

7 Children as young as 4 or 5 worked in the mines as TRAPPERS. They opened and shut the traps on the air doors of the mines to let wagons and people get to another part of the mine. They would sit in the dark for hours on end. Trappers

8 Sarah Gooder was a little girl Of eight, just rising nine With a choice between the workhouse Or toiling down the mine. She did not, unlike some children, Pull tubs on all fours But spent a happy childhood As a trapper on the doors. She went blithely down each morning At the hour of half past three At five-thirty in the evening She skipped home to her tea. She said "The darkness scares me It is a fearsome thing But sometimes I'm allowed a light And often then I sing!" "And then I sing!" Dear Christ above! Poor little soul starved mite To find her heart rejoicing In simple candle's light.

9 The coal was put in carts which were dragged or pushed to the bottom of the pit shaft Others carried loads of coal on their backs in big baskets. This would then be carried to the surface up long and unsafe ladders. Both women and children carried out this type of work Bearers

10 1.Copy the table from question 4 into your jotters and use pages 33 and 34 of your textbook to fill it in. It will give you information on the different jobs carried out in the mines. 2.Name the law passed in 1842 and outline the changes which took place. You will find the answer on page 35 of your textbook. 3.Complete question 9 from page 12 of your work guide.

Download ppt "Working in the Mines. Aims: Examine the conditions that miners worked in. Identify the different types of jobs that miners did." 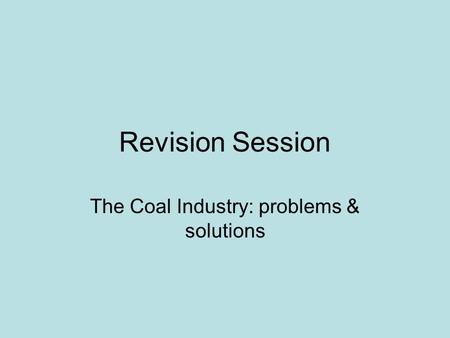 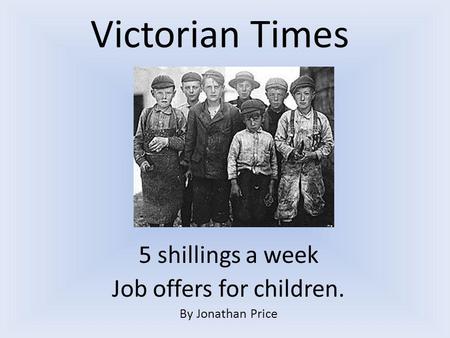 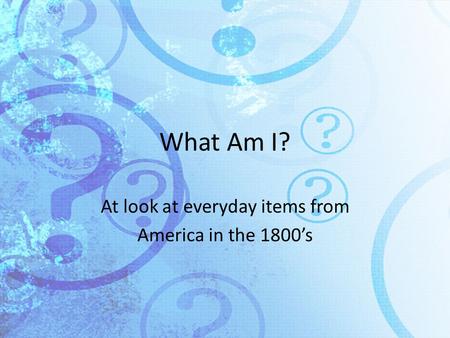 What Am I? At look at everyday items from America in the 1800’s. 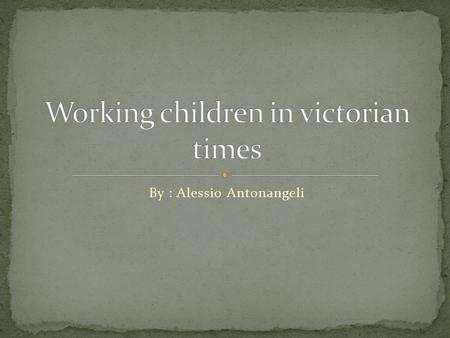 By : Alessio Antonangeli. How many of you always complain because you don’t want to go to school? 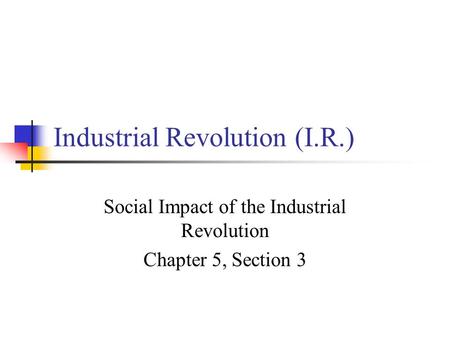 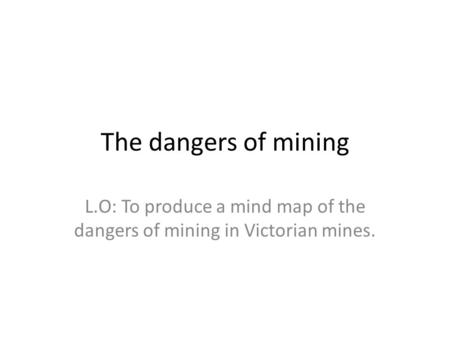 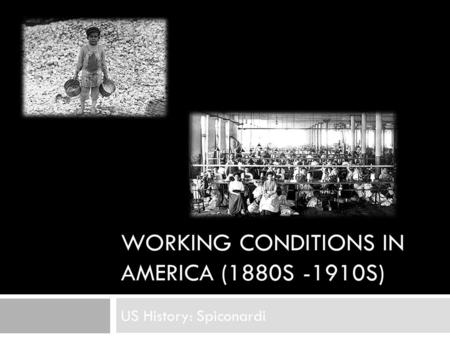 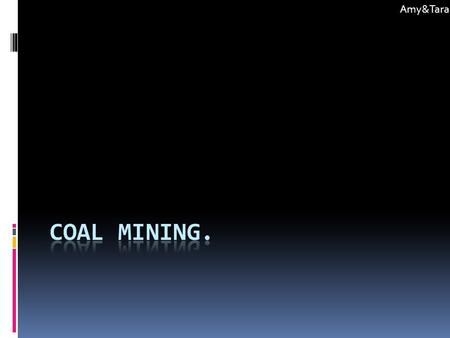 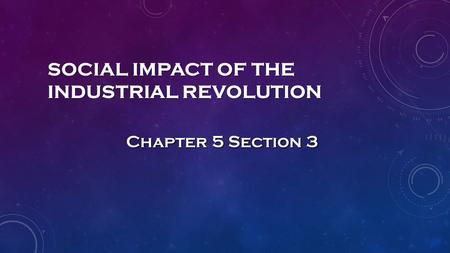 Social Impact of the Industrial Revolution 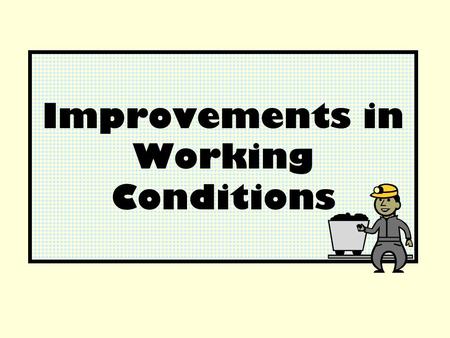 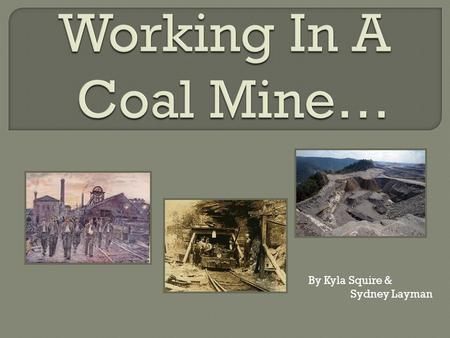 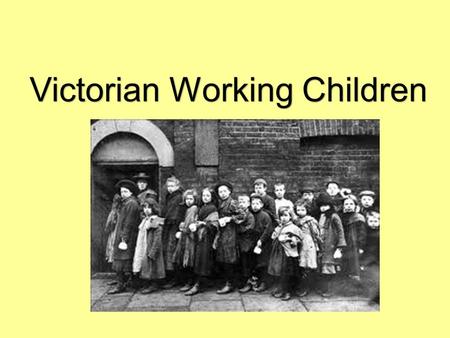 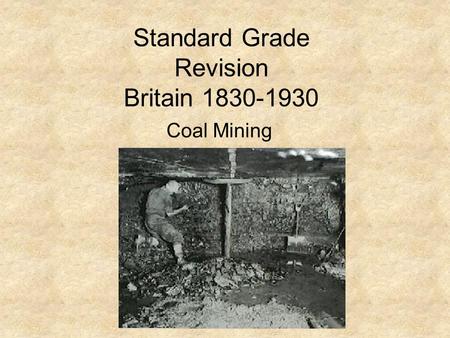 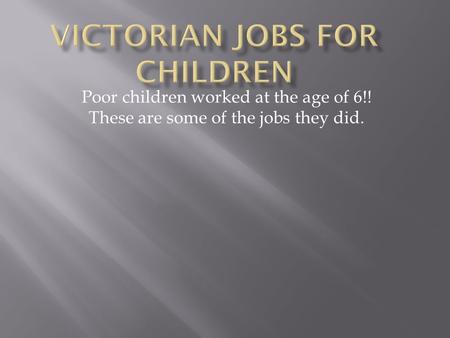 Poor children worked at the age of 6!! These are some of the jobs they did. 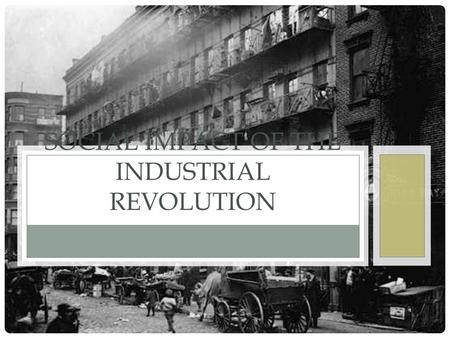 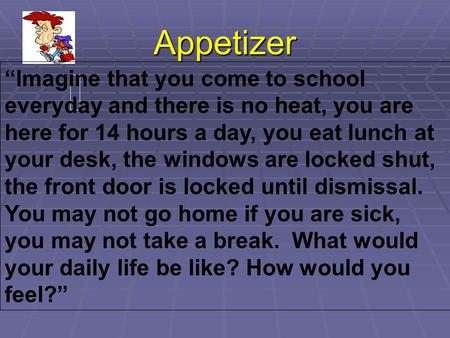 Appetizer “Imagine that you come to school everyday and there is no heat, you are here for 14 hours a day, you eat lunch at your desk, the windows are.