Presentation on theme: "The Importance of Hydropower and the Dam of Włoczławek"— Presentation transcript:

2 Hydropower in General Hydropower is electricity generated using the energy of moving water. Hydropower plants produce about 24 percent of the world's electricity and supply more than 1 billion people with power. China, Canada, Brazil, the United States, and Russia were the five largest producers of hydropower in 2004. Hydropower is also readily available; engineers can control the flow of water through the turbines to produce electricity on demand. This is the cheapest way to generate electricity today.

3 A typical hydro plant is a system with three parts: an electric plant where the electricity is produced; a dam that can be opened or closed to control water flow; and a reservoir where water can be stored.

4 How it works The fast moving water ( kinetic energy) strikes the turbines and they start moving( mechanical energy) and this energy is used to run electric generators. Instead of water wheels water falling from a vertical height is used which has stored potential energy due to its position and the water is then passed through the gate or vessels which take the water to the turbines which convert potential energy into mechanical energy, these vessels are called penstocks.

Download ppt "The Importance of Hydropower and the Dam of Włoczławek" 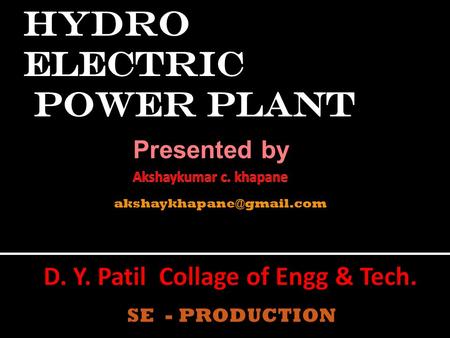 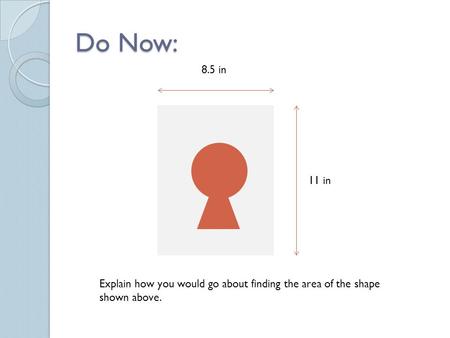 Do Now: 8.5 in 11 in Explain how you would go about finding the area of the shape shown above. 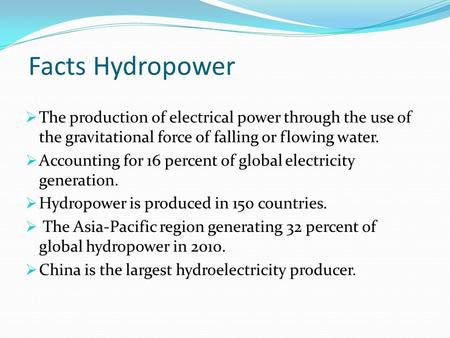 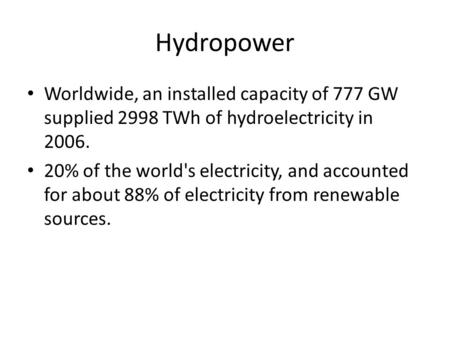 Hydropower Worldwide, an installed capacity of 777 GW supplied 2998 TWh of hydroelectricity in % of the world's electricity, and accounted for. 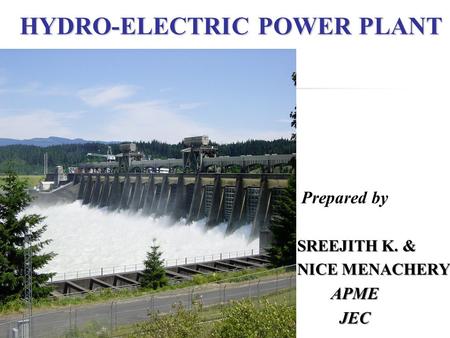 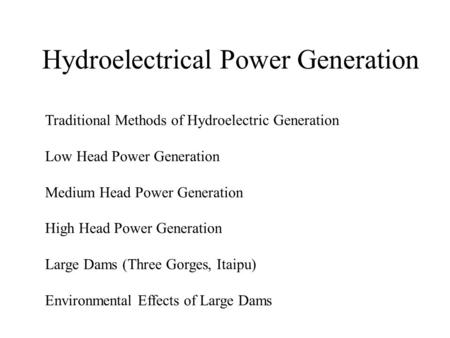 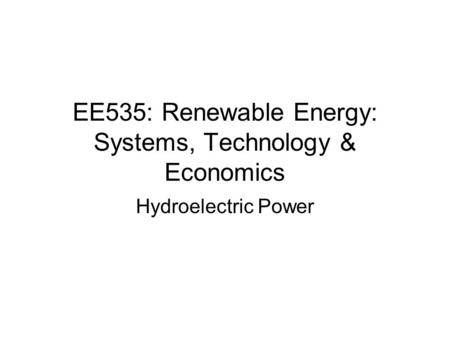 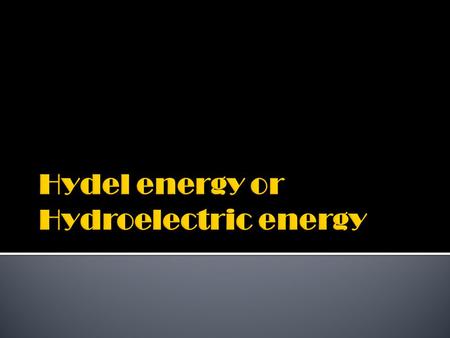 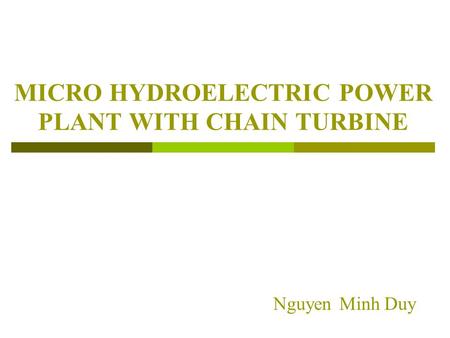 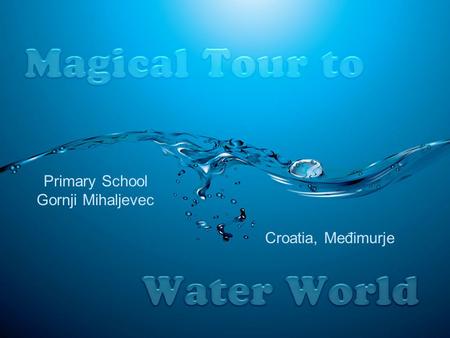 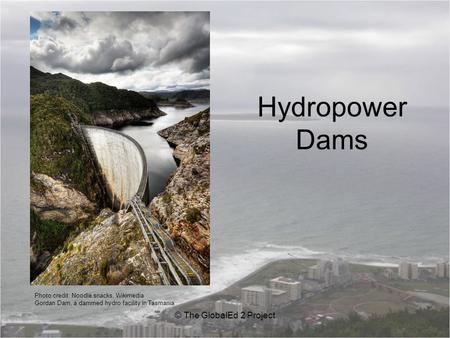 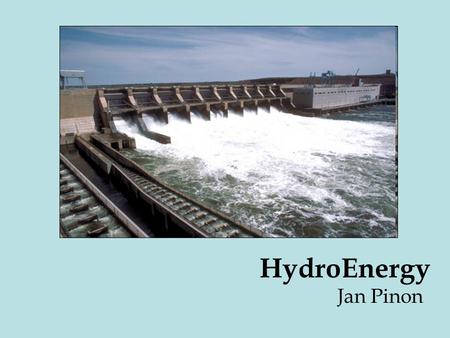 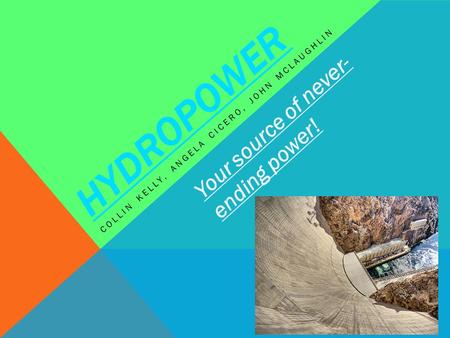 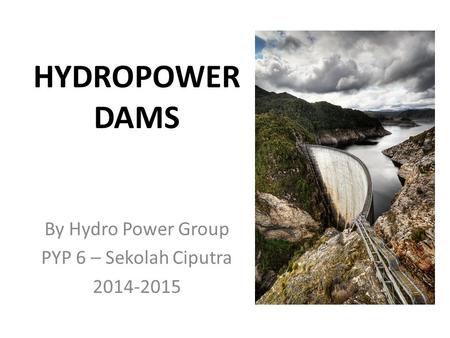 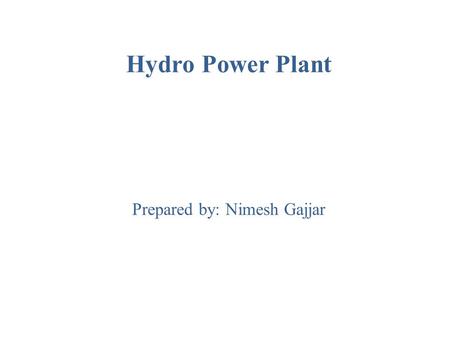 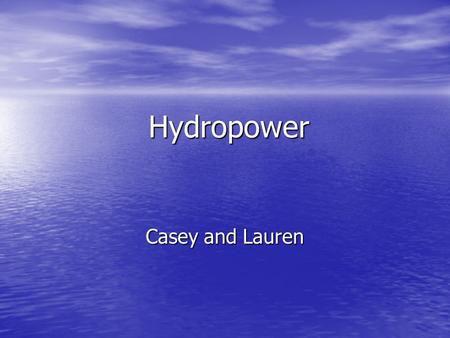 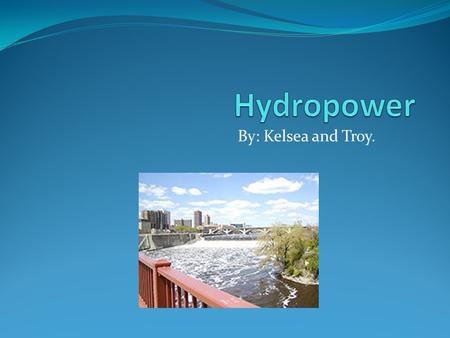 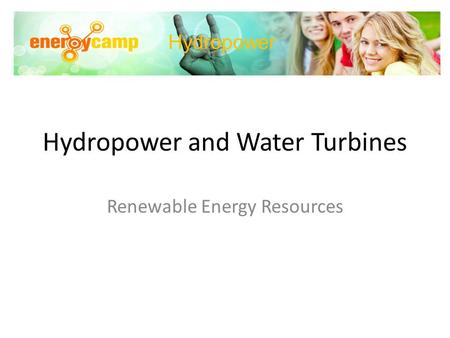 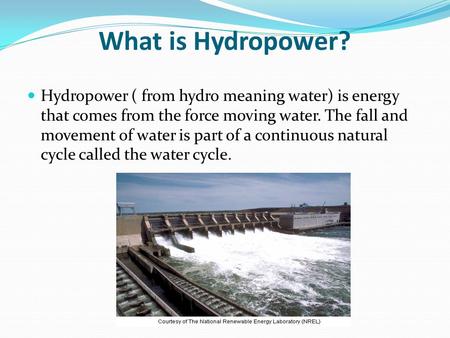 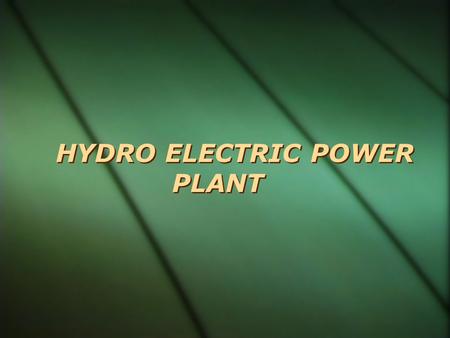