4 Background The Rural Enterprises Project II represents part of the development programme of the Government of Ghana (GOG) to create wealth and reduce poverty the in rural areas. The Rural Enterprises Project (REP II) promotes the establishment and growth of micro and small-scale enterprises in 66 out of 161 rural districts of Ghana. Provides integrated services through the establishment of district- based institutions and structures (BACs, RTFs, MSE sub- committees) Working in collaboration and partnership with relevant national level and local government institutions, non-governmental organizations and the local private sector REP services are in very high demand by the rural districts. 4

5 Summary of Scaling Up Processes REP I was implemented in phases from 2 to 13 districts in the eco- transitional zone of the Ashanti & Brong-Ahafo Regions from 1995 to 2002. REP II up-scaled from 13 to 66 (74) districts Planned 3 rd phase (now REP) to cover additional 95 districts (nationwide) 5

6 Scaling up idea What is to be scaled up? –The IFAD co-funded Rural Enterprises Project II (REP-II) will be scaled up. Whose Idea was it? –Ministry of Trade and Industry (MOTI) on behalf of the Ghana Government Has it been piloted/tested/evaluated? –Micro and small-scale enterprises promotion has been piloted tested and evaluated in Ghana since 1995. –There exists great potential for replication and scaling up as confirmed by recent Interim Evaluation –Elements of rural enterprises promotion are being implemented in other IFAD co-funded projects in Ghana e.g. RTIMP and NRGP. 6

10 Vision for Scaling Up Achievements so far –Establishment and growth of rural micro and small-scale enterprises. –REP I&II have supported 66 districts each to establish district-based BACs and 21 RTFs –As at March 2010, REP II has: achieved a total outreach of 177,000 people, facilitated access by 19,000 people to non-financial services; trained over 30,000 in income-generating activities; trained 45,000 in business and entrepreneurship skills; enrolled 128 Participating Financial Institutions (PFIs), delivered total credit of about US$1.5 million; supported the formation of Micro and Small-Scale Enterprise Sub-committees in 66 districts. Goal and Vision –The goal is to convert the REP experience into a nationwide programme that covers all rural 161 districts. –The vision is to improve the living conditions of the rural poor, especially women, through increased incomes to reduce poverty in all 161 rural districts of Ghana. 10

11 Drivers Leadership –The scaling up of REP is clearly a reflection of political as well as the developmental values of GOG e.g. Ministry of Trade and Industry (MOTI) and the National Development Planning Commission. Champions –MOTI, through GRATIS Foundation and the National Board for Small- scale Industries (NBSSI). –District Assemblies (DA) and Local Business Associations (LBA) External catalysts –Rural poverty and unemployment of youth and women in rural districts. Incentives –GoG/MOTI: poverty reduction and rural employment –DA: local economic development, employment creation –Rural population and youth: job creation and opportunities –PFI: have not always an incentive to play their role 11

14 Pathways Which pathways? –The successful initiatives in rural enterprise development are being promoted by GOG to the District through an expansion path and phasing approaches. –REP will be a major national programme for rural micro and small scale enterprises (MSEs) promotion, job creation and poverty reduction in all districts countrywide. –It will also represent an important national vehicle for private sector initiatives and rural development with strong emphasis on in built mechanisms for sustainability. –Its delivery processes will thus be mainstreamed through existing relevant institutions on the basis of REP II model. Time horizon –8 years (2012-2019) Role of drivers and spaces –Link district-level institutions (BACs, RTFs, Local Business Associations, private sector actors including service providers, marketers, etc.) effectively to local government structures Obstacles and risks –lack of skill and ability of the field level staff to implement a rural based project; –the regional level is to be integrated, but has not yet been piloted. 14

15 IFAD’s role IFAD’s specific role –Continuous support for the drivers, –Provision of financial support in the scaling up process and –Being a key factor in helping to keep momentum and focus –Engagement in policy dialogue with GOG regarding country and sector strategies on scaling up. –Innovative M&E, based on geographic information systems. Support from IFAD’s policies, procedures, etc. –IFAD’s role is consistent with IFAD’s mission as stated in its Strategic Framework 2007-2010 “We encourage innovation and test new approaches. We work with governments and other partners to learn from experience, and replicate and scale up successes”. 15 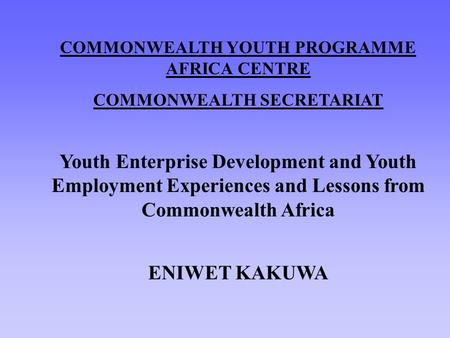 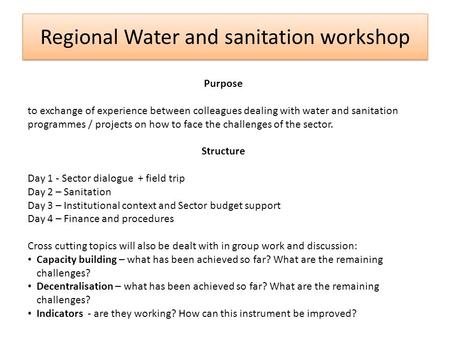 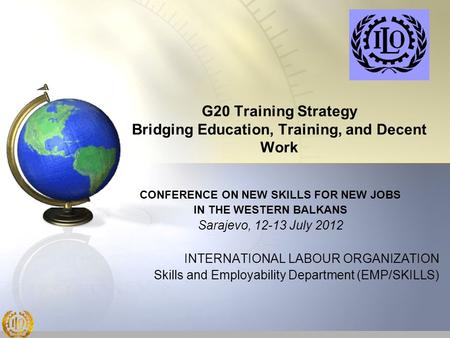 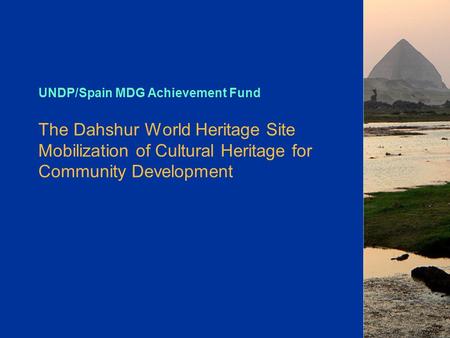 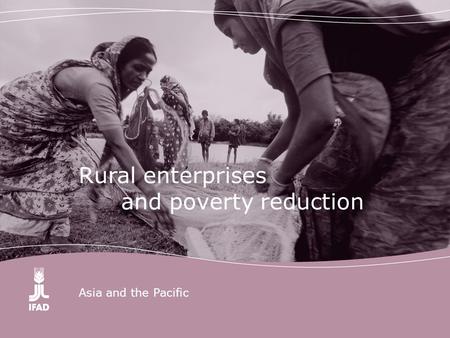 Asia and the Pacific Rural enterprises and poverty reduction. 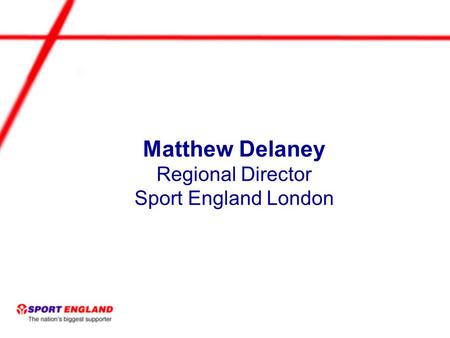 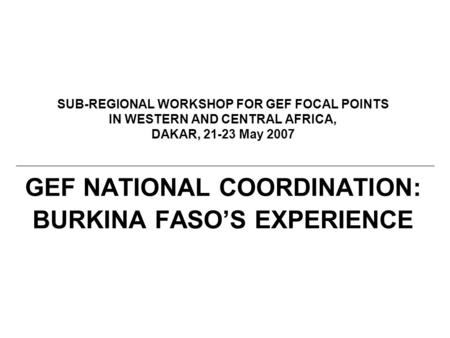 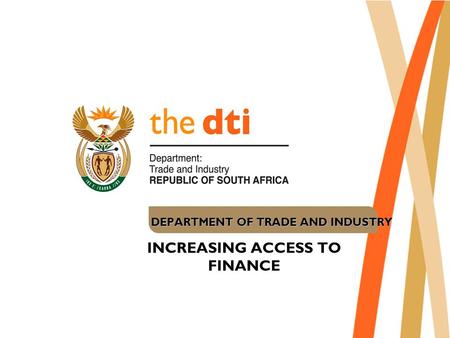 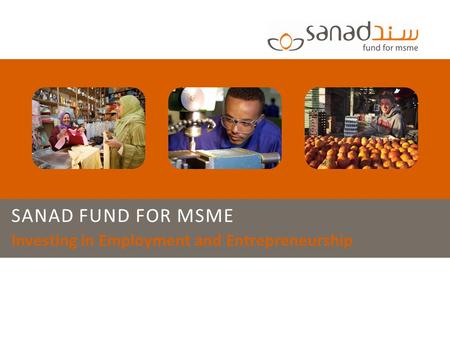 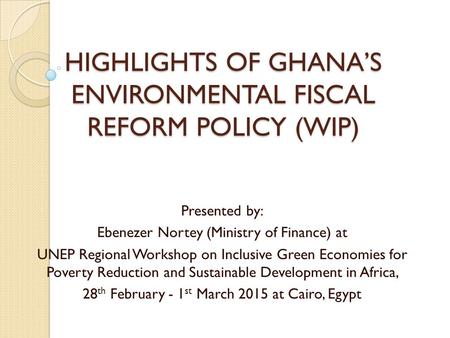 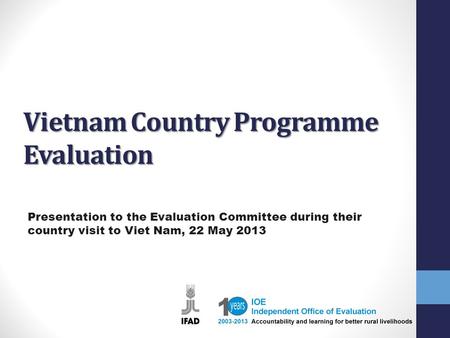 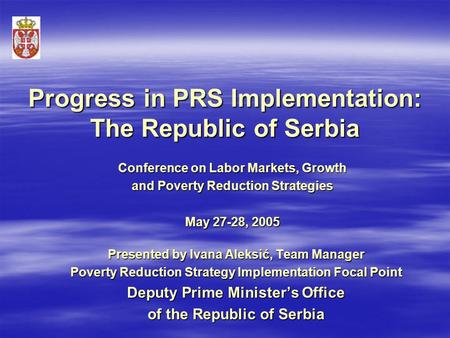 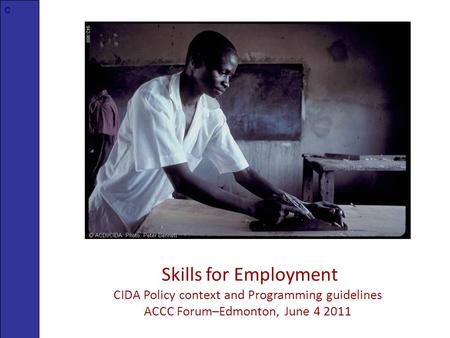 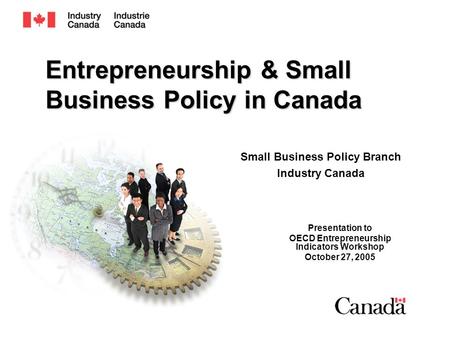 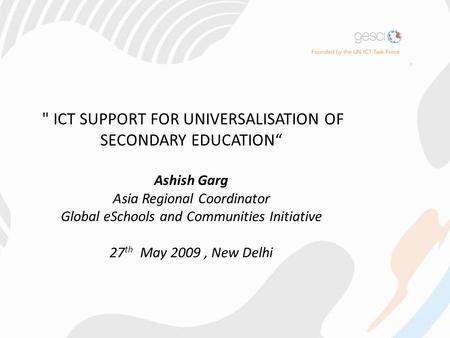 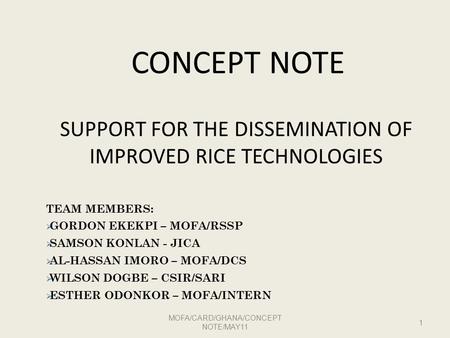