7 Atmospheric carbon dioxide
The worry of rising carbon dioxide levels is that if the earth warms up then the ice caps will melt causing sea levels to rise. There is no evidence of this happening but it would mean that low lying areas will flood and parts of or even whole countries will become submerged! Teacher notes This graph was produced using data sourced from the Mauna Loa Observatory, Hawaii, courtesy of NOAA (the National Oceanic and Atmospheric Administration). More information about atmospheric gases is available at

11 What is the carbon sink? Before the industrial revolution, carbon dioxide levels were usually kept in check by the carbon sink – forests and oceans that capture and store carbon. forests – All green plants absorb carbon dioxide as part of photosynthesis. The absorbed carbon is only released back into the atmosphere when the plant dies and rots, or is burned. oceans – Carbon dioxide dissolves in sea water, depending on the temperature and pressure. Tiny marine animals called phytoplankton extract carbon from the carbon dioxide to make their skeletons and shells.

13 Deforestation Deforestation can have a contributing effect on global warming. Large scale deforestation (especially in tropical areas) has led to an increase of carbon dioxide in the atmosphere (when trees die they release their CO2) It has also reduced the amount of CO2 that is removed from the atmosphere Leads to loss of biodiversity. some organisms lost may have been needed in the future! 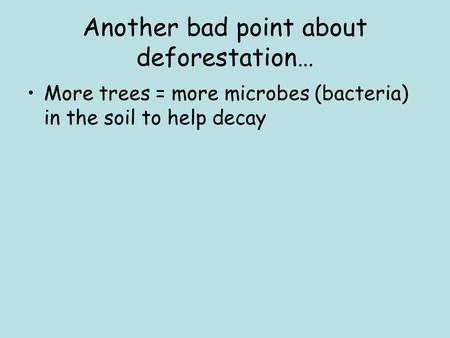 Another bad point about deforestation… 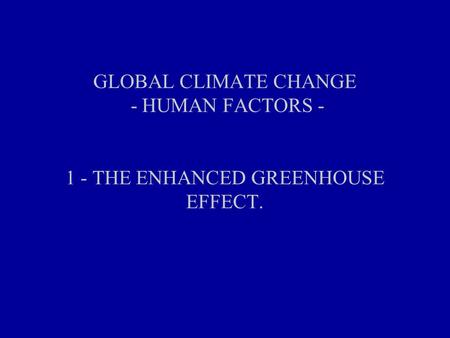