8 Storage Technology  Electronic devices that store, retrieve, and save instructions and data.  Today’s microcomputers or PCs include several types of storage devices.  Capacity and speed are important considerations when selecting a new storage device for a PC.

12 Storage Devices CD-ROM Drives  Typically installed on all new computer systems. (Were add-on device until the mid 1990’s).  Capacity is 600 to 750 megabytes (MB or millions of bytes).  Most mass-produced commercial software is packaged on a CD.

15 Input Devices  Input is all information put into a computer. Input can be supplied from a variety of sources:  A person  A storage device on computer  Another computer  A peripheral device  Another piece of equipment, such as a musical instrument or thermometer

18 Input Devices  Digital Cameras are peripheral input devices that allow users to create pictures and/or movies in a digital format.  Some require specialized software to import images into the computer.  Some record digital images directly to a disk that can be read by the computer.

19 Output Devices  Monitors are the most commonly used output device.  Most monitors use a bitmap display.  Allows user to resize the display.  Divides the screen into a matrix of tiny square “dots” called pixels.  The more “dots” a screen can display, the higher the resolution of the monitor.

20 Output Devices  Monitors are connected to a computer system via a port integrated on the video adapter or graphics card.  Graphics cards convert digital data output from software to analog data for display on monitors. Typically have additional memory chips on card, 4MB to 64MB.

22 Output Devices Projection systems or classroom TVs can display information from a computer system on a larger screen for whole-class instruction.

23 Networks  A collection of computers and other devices that communicate to share data, hardware, and software.  A stand-alone computer is called a workstation on a network.  A workstation provides access to:  Your computer’s local resources  Network resources

25 Networks  A server is a computer connected to a network that distributes and stores resources for other network users.  With proper licensing, many network users can use the same applications and data files simultaneously and share other resources, such as storage space or a printer.

26 Networks  Local Area Network (LAN) – a network located in a limited area.  LANs are found in most businesses.  Many campuses use LANs.  A network interface card (NIC) – a key hardware component.  Connects a workstation to the network.  A circuit board that sends data between the workstation and the network. 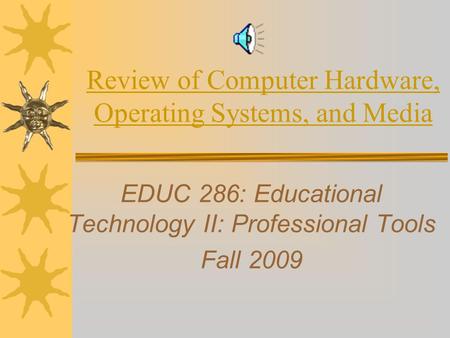 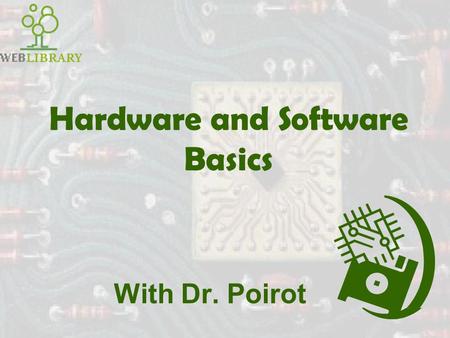