2 Functions of the skeletal system The skeletal system serves 5 main functions... Movement at joints Support for muscles and vital organs Shape Protection such as skull protecting the brain Blood-cell production in the bone marrow

5 Joints Movement can only happen when the skeletal system is joined by the muscular system All movement occurs at Joints, which is where 2 (or more) bones meet Joints are classified according to how much movement they allow... Freely moveable or Synovial Slightly moveable (Vertebrae in your spine) Immoveable or fixed (Many bones in the Skull) We are mostly concerned with Synovial joints since they allow more movement... Hinge- Elbow and Knee Ball and Socket- Hip and Shoulder Pivot- Radio-ulnar joint Saddle- Thumb Gliding- Hand Condyloid- Wrist 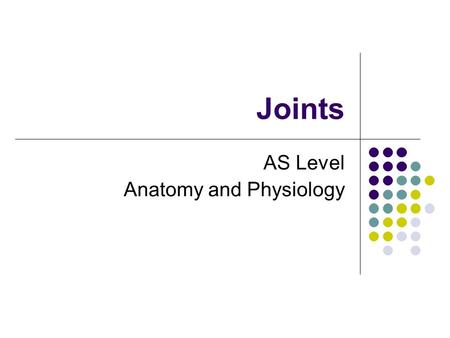 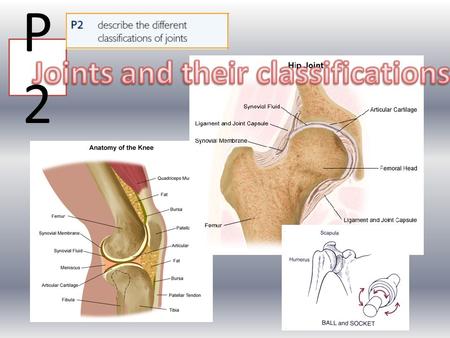 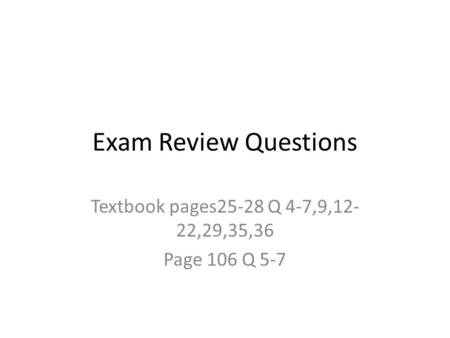 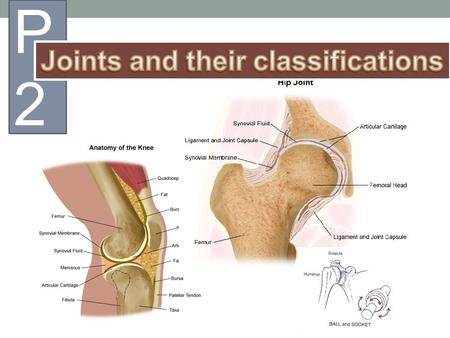 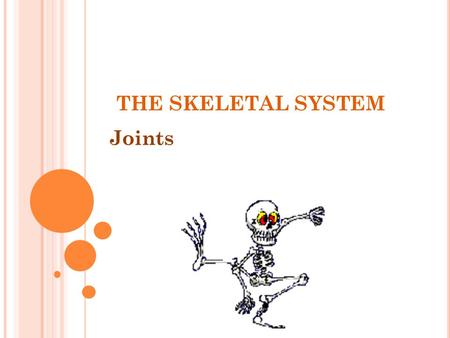 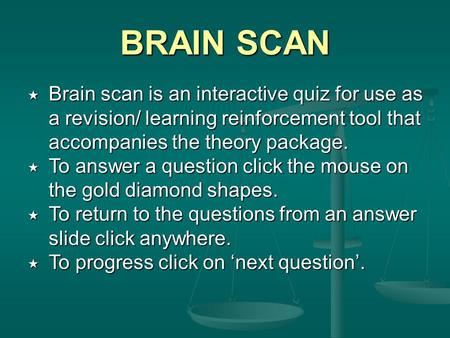 BRAIN SCAN  Brain scan is an interactive quiz for use as a revision/ learning reinforcement tool that accompanies the theory package.  To answer a question. 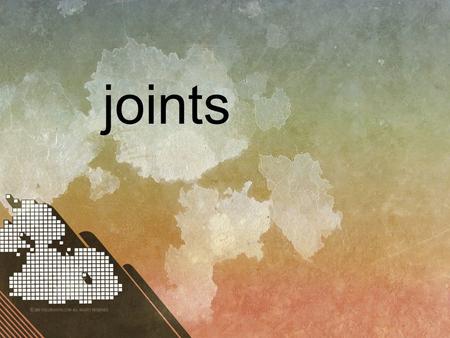 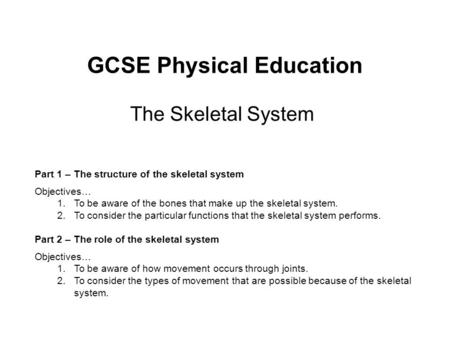 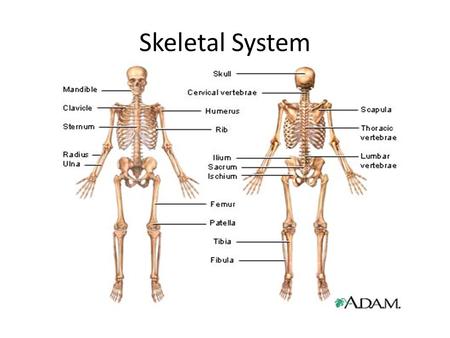 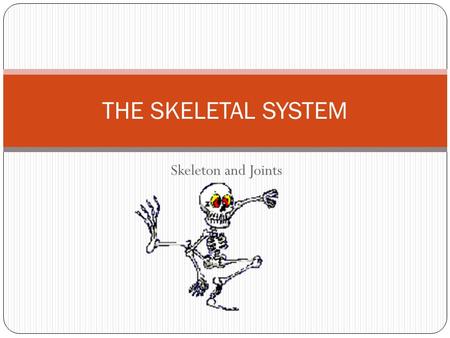 THE SKELETAL SYSTEM Skeleton and Joints. 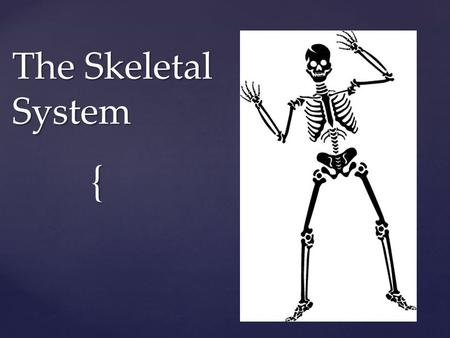 { The Skeletal System. Your skeletal system has many functions…  Provides support for the body  Protects internal tissues and organs from damage  Acts. 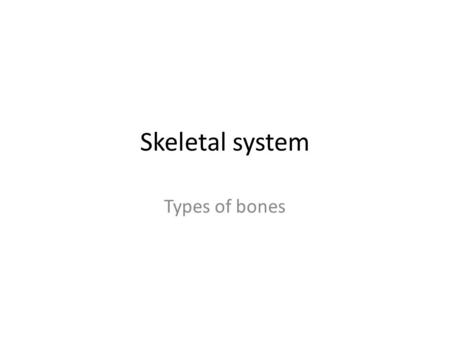 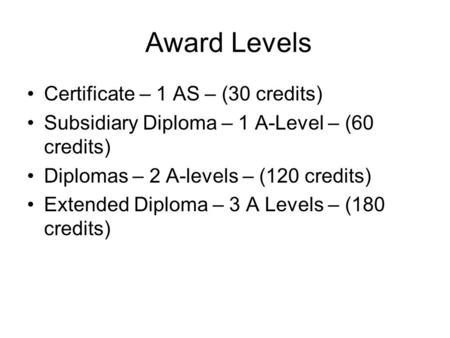 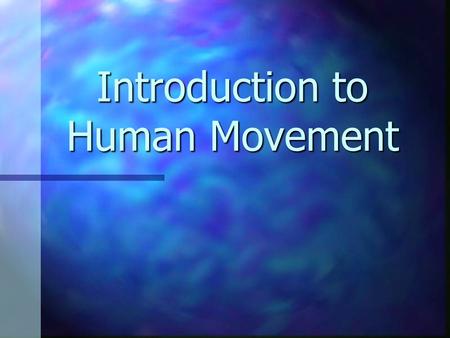 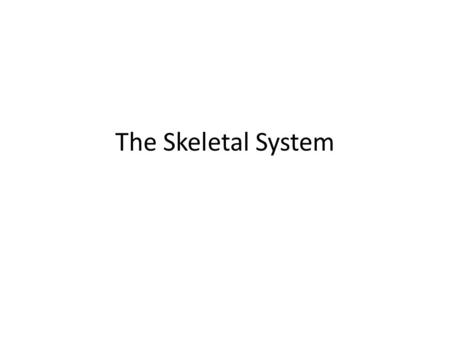 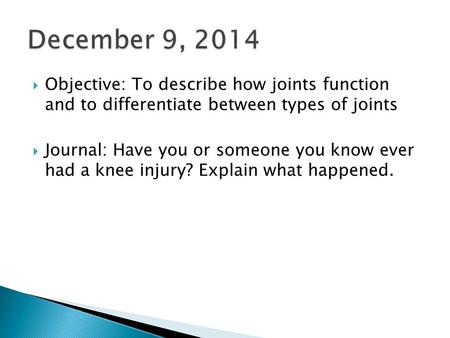 December 9, 2014  Objective: To describe how joints function and to differentiate between types of joints  Journal: Have you or someone you know ever. 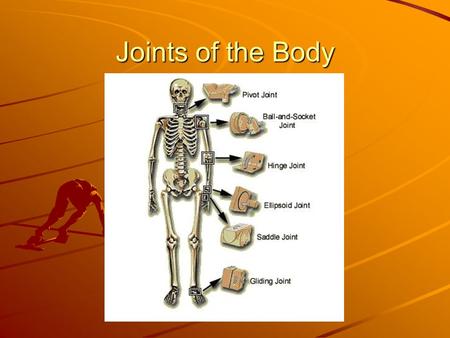 Joints of the Body. Connective Tissue Is classed as soft tissue Is flexible (to a degree) CARTILAGE Is only slightly elastic Coats the ends of bones in. 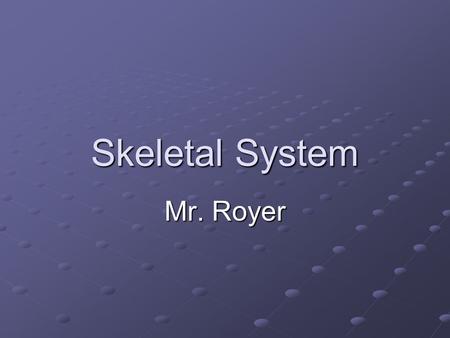 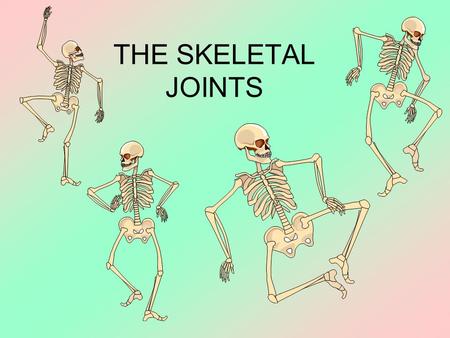 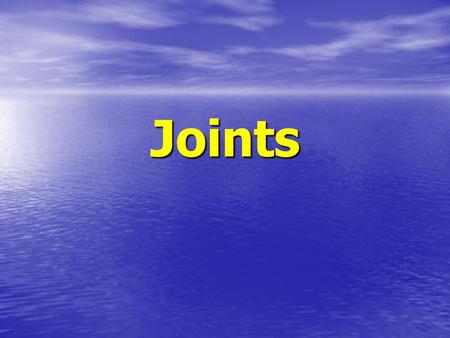