3 Overview Written in 1951, The Catcher in the Rye is the narrative of the experiences of Holden Caulfield, a 16-year old, who heads into New York City after he is expelled from Pencey Preparatory School. It spans his three days on his own in the city, describing his ideas on sex, drinking, social hypocrisy, rebellion, and the process of coming of age.

4 Why Holden? ✔ Considered an icon for teenage rebellion world wide (see Green Day – “Who Wrote Holden Caulfield”) ✔ Among the “100 best novels” written since 1925; over 250,000 copies sold each year ✔ One of the most banned books in the United States, for its use of profanity (over 238 “goddamn’s”, 58 “bastards”, and 6 “f****”) and for its portrayal of teenage sexuality and angst. There's a boy who fogs his world and now he's getting lazy/There's no motivation and frustration makes him crazy/ He makes a plan to stand but always ends up sitting/Someone help him up or he's going to end up quitting.

5 In 1960 a teacher was fired for assigning the novel in class; he was later reinstated Between 1961 and 1982 - was the most censored book in high schools and libraries 1981 - both most censored book and second most taught book in public schools 1990-1999 - tenth most frequently challenged book 2005 - top ten most challenged books of 2005 2009 - although off the list for three years, reappeared as a most challenged book 1980 Mark David Chapman's shooting of John Lennon Chapman was arrested with his worn copy of the book, and inside, he had scribbled a note: "Dear Holden Caulfield, From Holden Caulfield, This is my statement" Later, he read a passage from the novel to address the court during his sentencing 1981 John Hinckley, Jr.'s assassination attempt on Ronald Reagan have also been associated with the novel (found in room with about 5 other books) 1989 Robert John Bardo's (who also had a copy of the book on him at the time of the murder) shooting of Rebecca Schaeffer

7 Narration First Person Point of View  Novel’s meaning and plot come from Holden’s thoughts and observations  As readers, we play “psychoanalyst”; we need to analyze them for their significance to Holden and to the novel as a whole.  Holden’s use of slang and profanity create a sense of realism and highlight his desire to rebel against social norms.  Key Question: IS HOLDEN A RELIABLE NARRATOR? 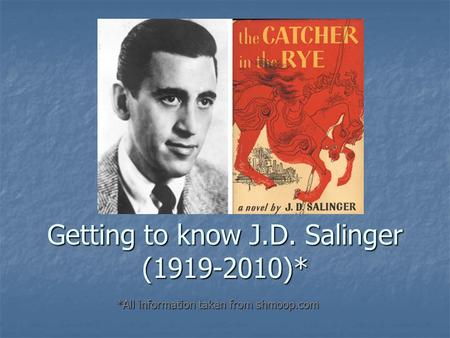 Getting to know J.D. Salinger ( )* *All information taken from shmoop.com. 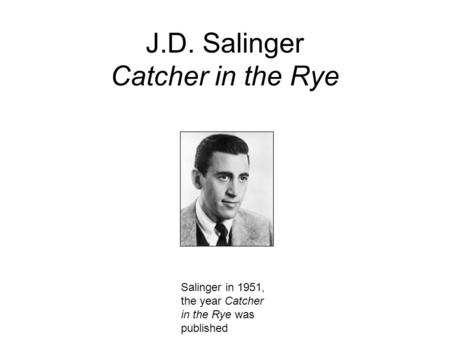 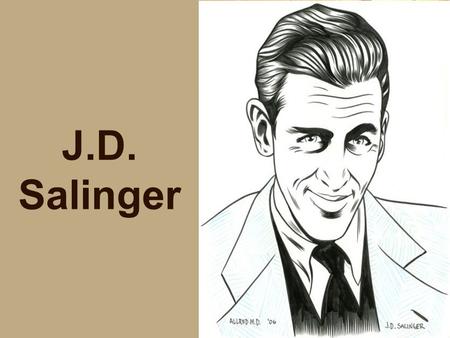 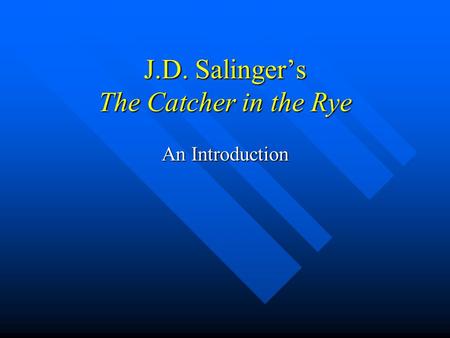 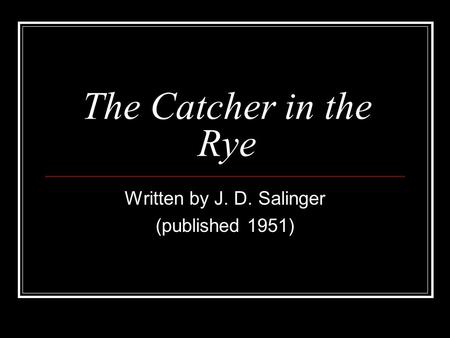 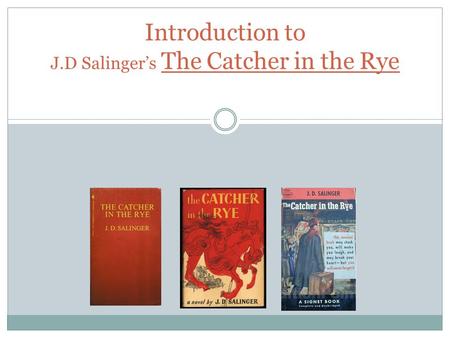 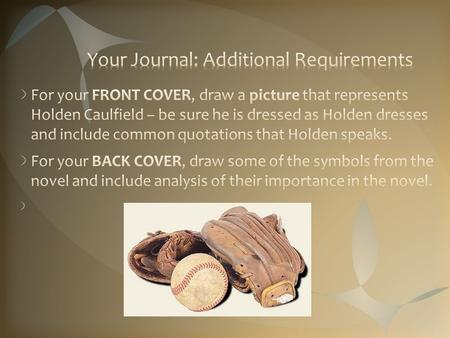 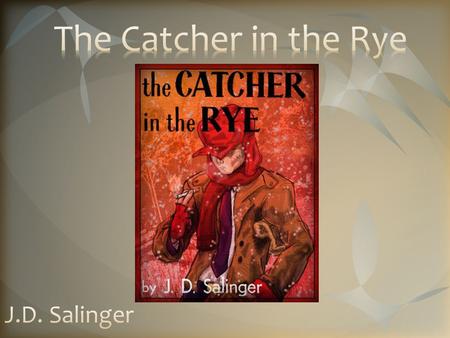 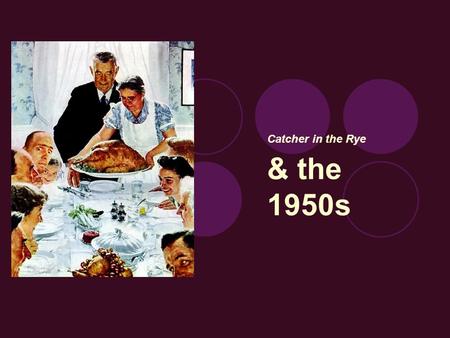 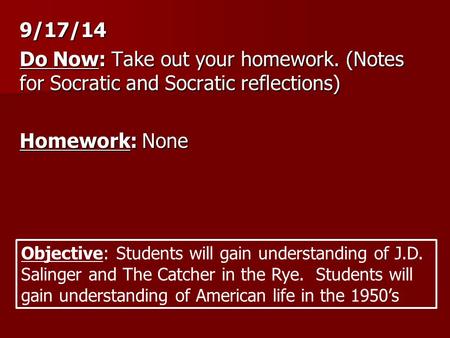 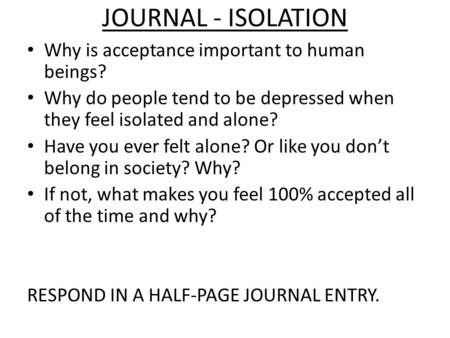 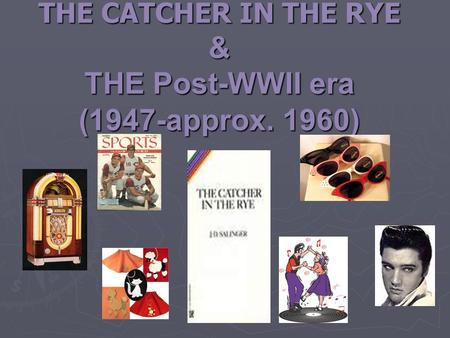 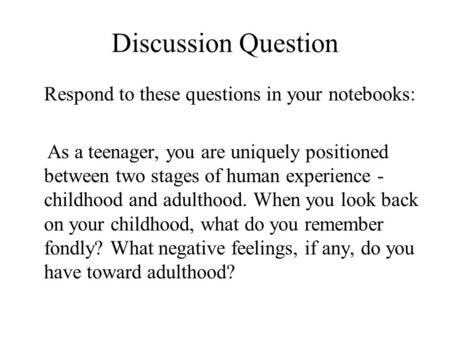 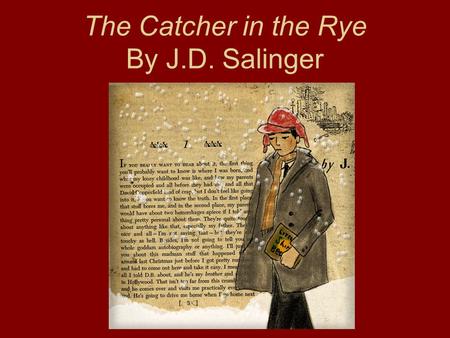 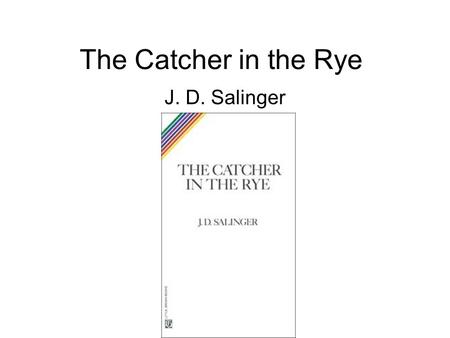 The Catcher in the Rye J. D. Salinger. Why do you think these books were challenged? 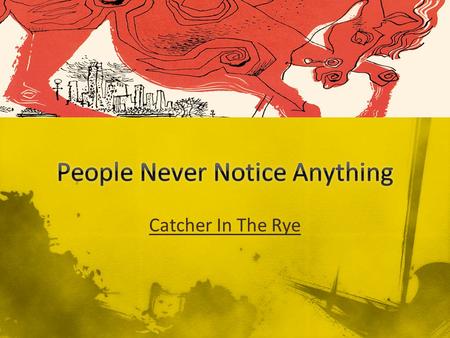 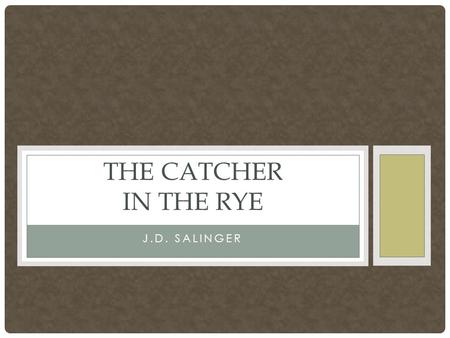 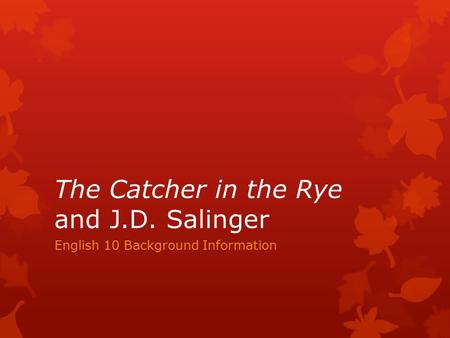