1 AP Literature and Composition
September 16, 2011 Mr. Houghteling “It’s a Flex-day Friday, and because it’s Friday, you know what that means...”

5 Archetypal Criticism (1)
Archetypal criticism argues that archetypes determine the form and function of literary works, that a text's meaning is shaped by cultural and psychological myths. Archetypes are the unknowable basic forms personified or solidified in recurring images, symbols, or patterns.

6 Archetypal Criticism (2)
These patterns may include motifs such as the quest or the heavenly ascent, recognizable character types such as the trickster or the hero, symbols such as the apple or snake, or images such as crucifixion (as in King Kong, or Bride of Frankenstein)—all laden with meaning already when employed in a particular work.

8 Historical Criticism (2)
New Historicism seeks to find meaning in a text by considering the text within the framework of the prevailing ideas and assumptions of its historical era. New Historicists concern themselves with the political function of literature and with the concept of power, the intricate means by which cultures produce and reproduce themselves.

10 Eco-Criticism Eco-criticism is a form of criticism based on an ecological perspective. It investigates the relationship between humans and the natural world in literature, including how individuals in society behave and react in relation to the nature.

15 The Giving Tree – Gender Criticism
The female tree can be interpreted as Mother Earth, or simply a mother, sustaining the dominant male first with enjoyment and food and later with the means to provide shelter and transportation.

16 The Giving Tree – Marxist Criticism
When the boy is young, he is content simply to play with the tree: climbing up her trunk, gathering her apples, and sleeping in her shade. However, as he grows older, he becomes increasingly demanding of the tree’s resources. He is no longer content to enjoy the tree’s company, but rather he seeks the tree for financial and materialistic gain.

17 The Giving Tree – Eco-Criticism
Man is dependent on nature for survival: the man systematically destroys the tree in order to get what he wants in order to be happy.

18 The Giving Tree – Archetypal Criticism
The tree—with her branches, her trunk, and her apples—is the giver of life, reiterating the archetype of nature as provider for man. 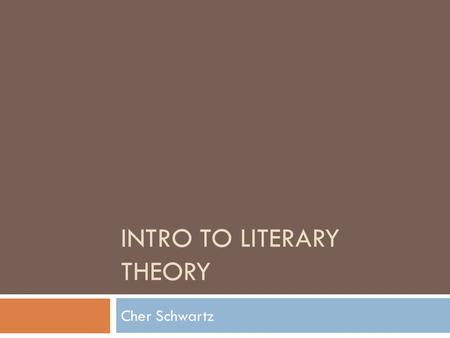 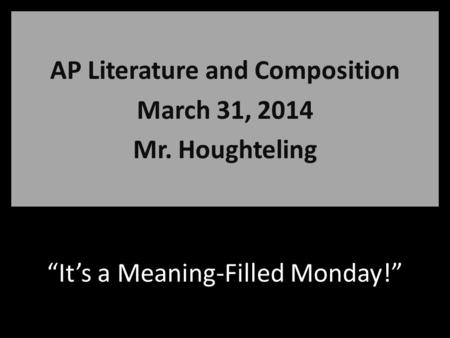 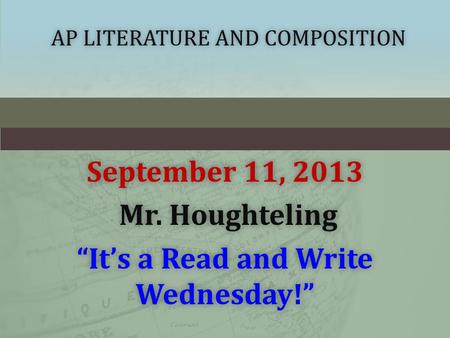 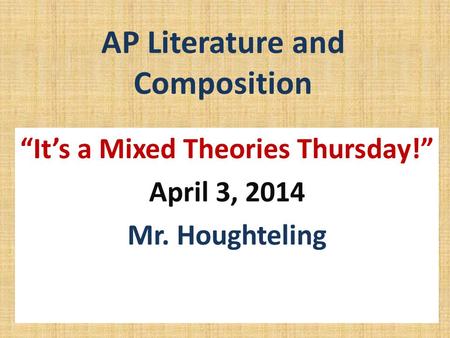 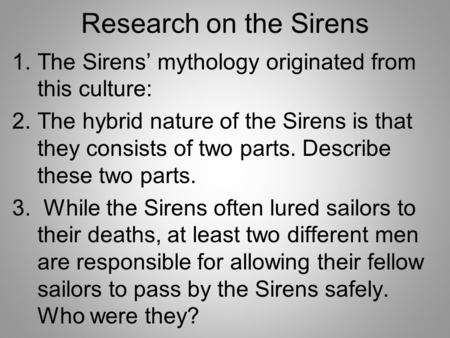 Research on the Sirens 1.The Sirens’ mythology originated from this culture: 2.The hybrid nature of the Sirens is that they consists of two parts. Describe. 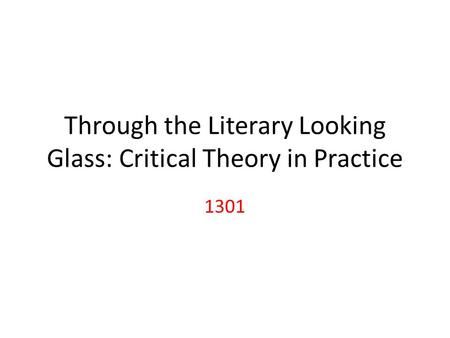 Through the Literary Looking Glass: Critical Theory in Practice 1301.