2 OBJECTIVES  Explain the difference between active and passive voice in writing.  Give examples of both.  Show how to turn a passive sentence into an active one.  Review that verbs have both voice and mood.

3 USING ACTIVE VS. PASSIVE  In a sentence using active voice, the subject of the sentence performs the action expressed in the verb. NOTES #1

13 AN EXCEPTION… SCIENCE  In scientific writing, however, passive voice is more readily accepted since using it allows one to write without using personal pronouns or the names of particular researchers.  This practice helps to create the appearance of an objective, fact-based discourse. The writing appears to convey information that is not limited or biased by individual perspectives or personal interests. NOTES #6

14 RECOGNIZING PASSIVE  You can recognize passive-voice expressions because the verb phrase will always include a form of be, such as am, is, was, were, are, or been.  The presence of a be-verb, however, does not necessarily mean that the sentence is in passive voice.  Another way to recognize passive-voice sentences is that they may include a "by the..." phrase after the verb; the agent performing the action, if named, is the object of the preposition in this phrase. NOTES #7

15 PASSIVE TO ACTIVE  If you want to change a passive-voice sentence to active voice, find the agent in a "by the..." phrase, or consider carefully who or what is performing the action expressed in the verb. Make that agent the subject of the sentence, and change the verb accordingly. Sometimes you will need to infer the agent from the surrounding sentences which provide context.

20 ACTIVE TO PASSIVE  If you want to change an active-voice sentence to passive voice, consider carefully who or what is performing the action expressed in the verb, and then make that agent the object of a "by the..." phrase.  Make what is acted upon the subject of the sentence, and change the verb to a form of be + past participle. Including an explicit "by the..." phrase is optional. NOTES #9

23 THINGS TO AVOID Avoid starting a sentence in active voice and then shifting to passive. NOTES #10

25 VOICE AND MOOD  Active and Passive Voice  Verbs in the active voice show the subject acting. Verbs in the passive voice show something else acting on the subject. Most writers consider the active voice more forceful and tend to stay away from passives unless they really need them.  ACTIVE: Tim killed the chicken hawk.  PASSIVE: The chicken hawk was killed by Tim. NOTES #11

27 INDICATIVE MOOD  Most verbs we use are in the indicative mood, which indicates a fact or opinion:  Examples: He was here. I am hungry. She will bring her books.

30 MOOD IN REVIEW  INDICATIVE: I need some help.  IMPERATIVE: Help me!  SUBJUNCTIVE: If I were smart, I'd call for help. NOTES #12 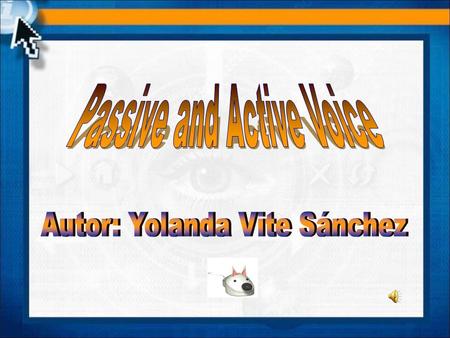 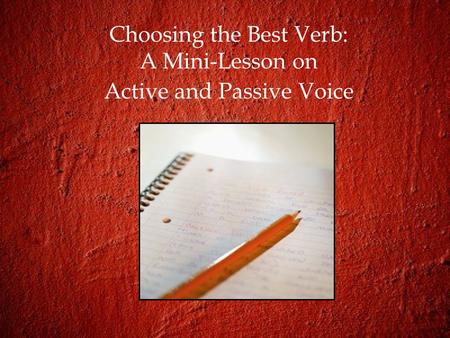 Choosing the Best Verb: A Mini-Lesson on Active and Passive Voice. 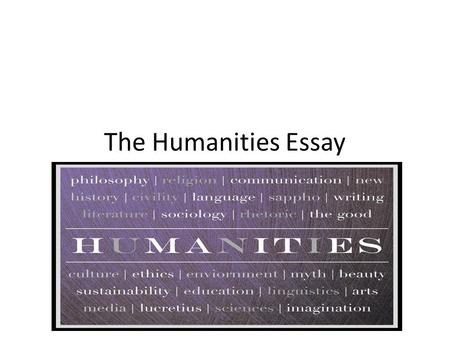 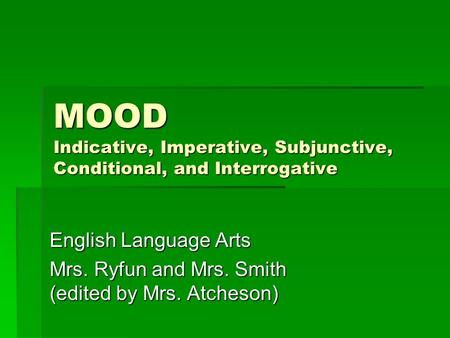 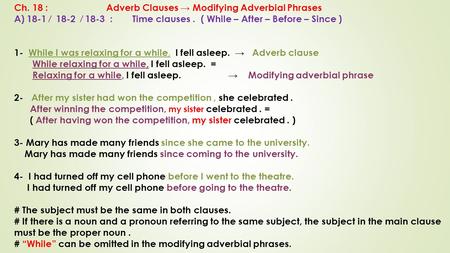 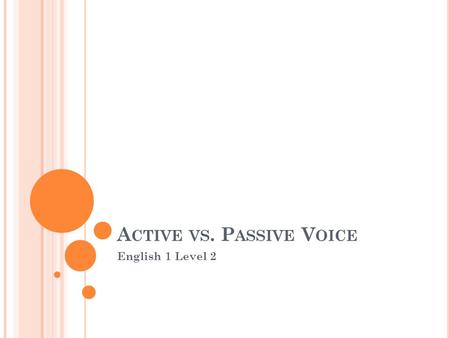 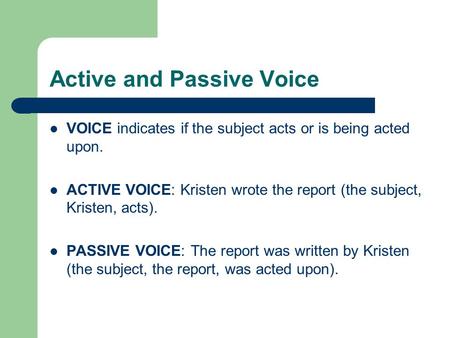 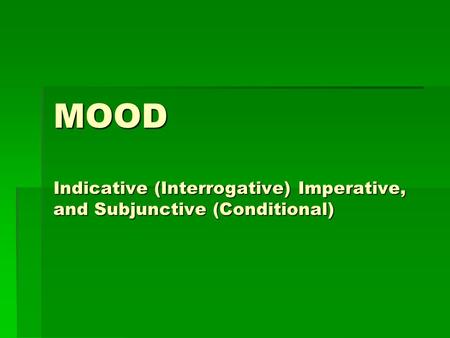 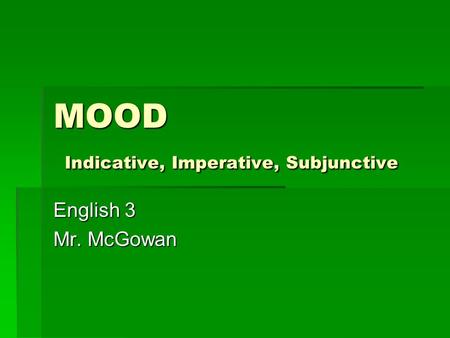 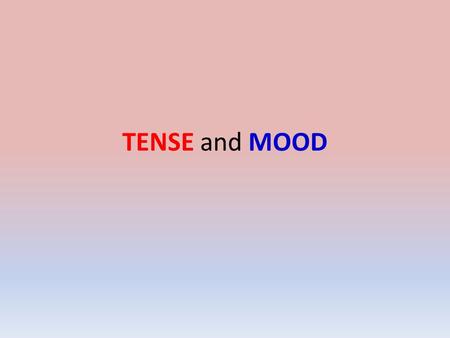 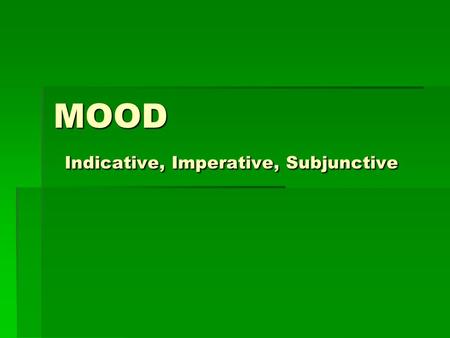 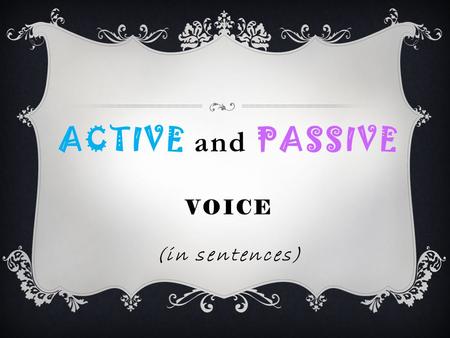 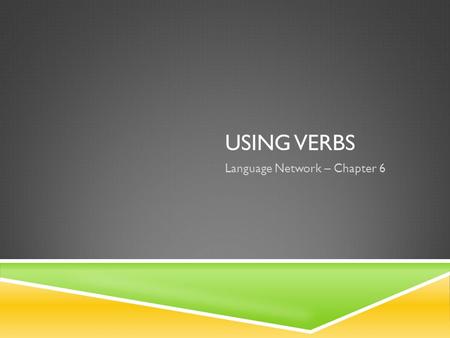 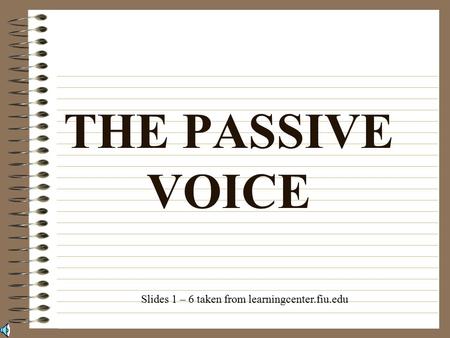 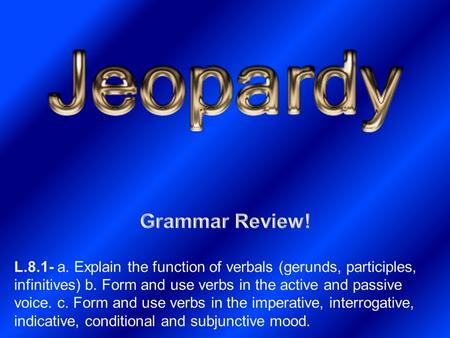 Be sure to review the PowerPoint notes on my classroom web page to help you review for the game! 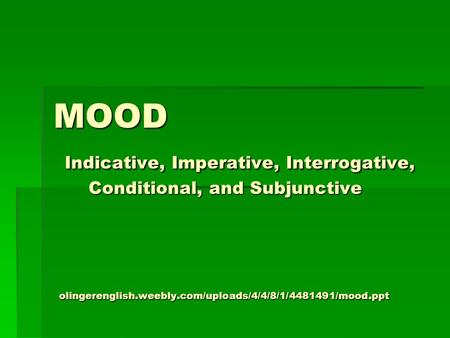