2 Objective 1. Define deposition as the process by which Earth materials carried by wind, water, or ice settle out and are deposited. 2. Describe the agents of erosion: gravity, water (running water and waves), glaciers, and wind. 3. Explain that running water (rivers, streams, and runoff) is the major cause of erosion.

3 Objective 4. Identify the sources of fresh water on the Earth’s surface. 5. Describe the process of stream development and the associated landforms. 6. Design and construct experiments using stream tables to infer relationships between gradient, slope, speed, and extent of weathering and erosion. 7. Explain the types of deposition specific to streams and rivers (such as alluvial fans and deltas).

4 Enduring Understanding
Weathering, erosion, and deposition are interrelated processes that form a cycle of forces that wear down and build up the Earth’s surface. Water is continuously passed through the hydrologic cycle. Fresh water is necessary for survival and most human activities.

5 Stream Development As a stream develops it changes shape, width, and size as well as the landscapes over which it flows.

9 Stream Development Headwaters are commonly found high in the mountains

18 Stream Valleys Sea level is the ultimate base level

19 Meandering Streams As streams continue to cut and widen their channels the amount of water and sediment they can carry increases.

20 Meandering Streams As the stream approaches base level the slope decreases and water builds up it begins to erode the sides of the channel.

22 Meandering Streams The water flowing in a stream moves at different speeds. It is fastest in the middle of a straight flowing stream because friction slows the sides and bottom.

30 Stream Deposition As streams slow they lose their ability to carry sediment. This is most commonly the result in a decrease in gradient or slope of the landscape over which the stream flows

32 Stream Deposition Delta is the triangular deposit that forms when a stream enters a large body of water.

34 Stream Deposition The Mississippi River delta began forming millions of years ago but it has deposited enough sediment in just the last 5,000 years to build the city of New Orleans on 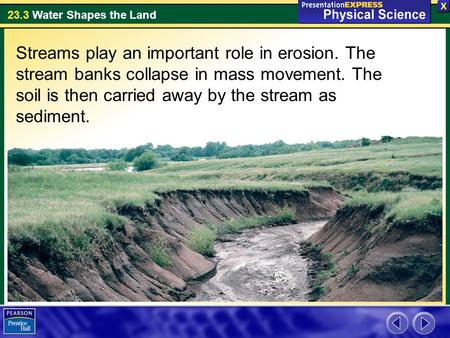 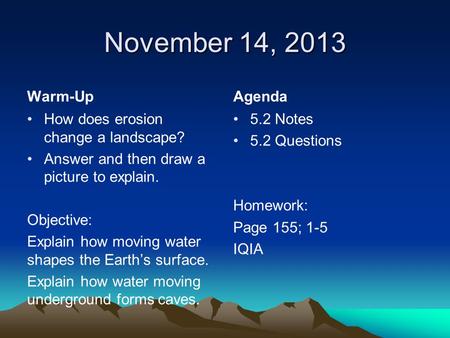 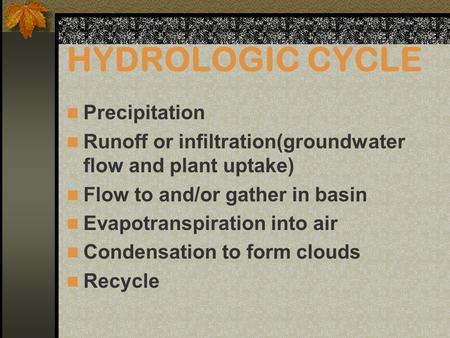 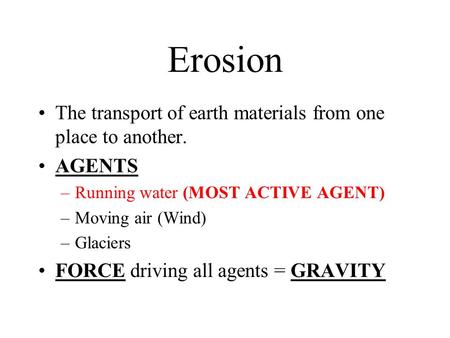 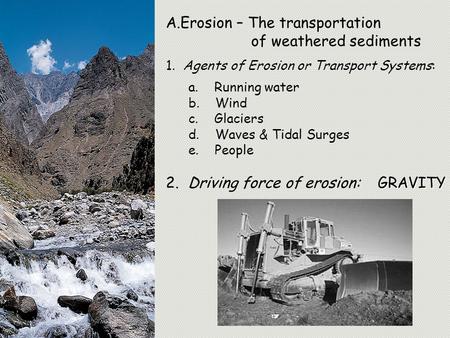 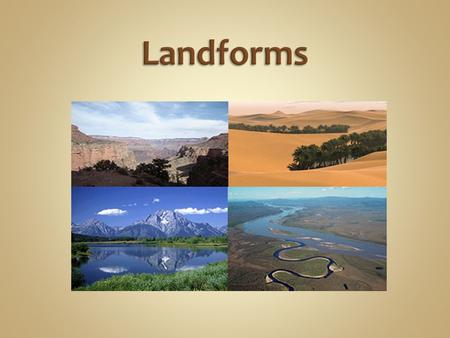 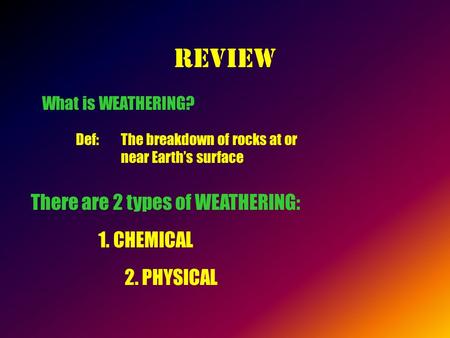