3 Energy of Motion Potential energy- stored energy resulting from the relative position of objects in a system.

4 Types of Potential Energy There are two (2) types of PE. Elastic PE: the energy stored in any type of stretched or compressed elastic material, such as clock spring or a bungee cord.

5 Types of Potential Energy cont. Gravitational PE: The energy stored in an object due to its position above the ground. − Any system of two or more objects separated by distance contains gravitational PE.

7 gPE Practice Problems A 65 kg rock climber ascends a cliff. What is the climber’s gPE at 35 m above the base of the cliff? A science student holds a 55g egg out a window. Just before the egg is dropped it has 8J of gPE with respect to the ground. How far is the student’s arm from the ground. A diver has 3400J of gPE after stepping up onto a diving platform that is 6.0 m above H 2 O. What is the diver’s mass? PE=m X g X h

8 Kinetic Energy KE is defined as energy of motion. This is obtained when the PE is released. Therefore PE changes to KE.

12 Other Forms of Energy Mechanical energy: The sum of the PE and KE in a system. This type of energy affects the motion of the object or thing in question. This sum is simply referred to as the total mechanical energy (abbreviated TME). TME = PE + KE

14 Other Forms of Energy cont. Non-mechanical energy: this is energy that lies at the level of atoms and does not affect motion on the large scale. Note: Other forms of energy are just special cases of KE or PE. EX: If you eat food, you will receive energy from it.

16 Other Forms of Energy cont. Chemical Energy: a type of PE. When a chemical rxn occurs, bonds are broken and new ones form. This formation and breaking of bonds involve changes in energy because chemical energy depends on position of the bonds.

20 Other Forms of Energy cont. The sun gets energy from nuclear fusion. Nuclear fusion- a rxn in which light atomic nuclei combine to form a heavier nucleus. In this process a enormous amount of energy is released.

21 Other Forms of Energy cont. Electricity is a form of energy. Light can carry energy across empty space. 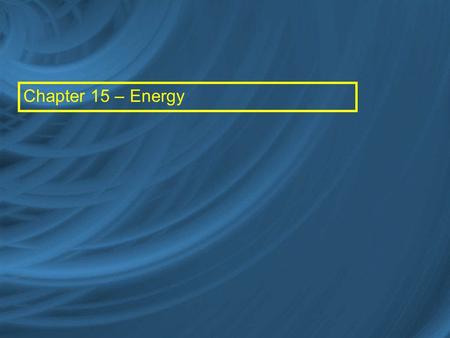 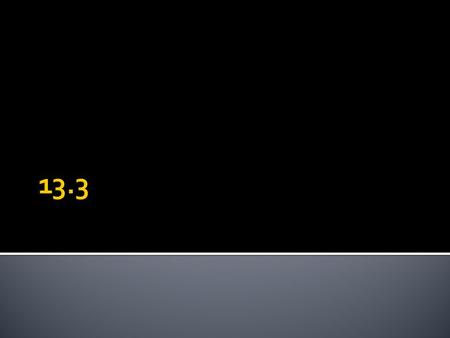 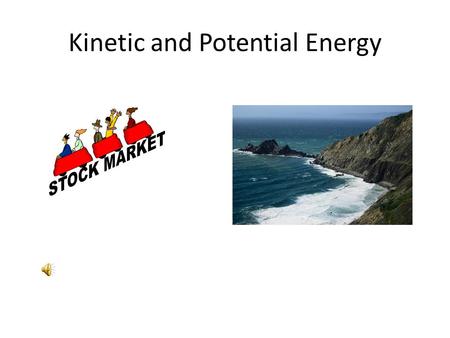 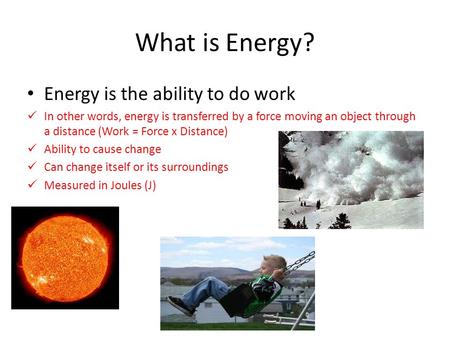 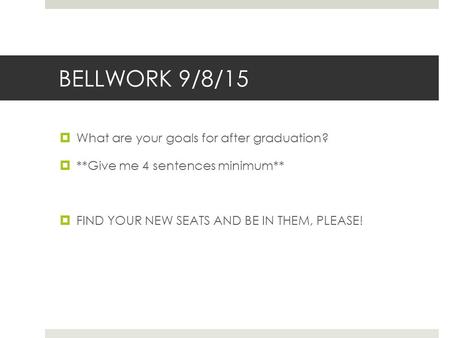 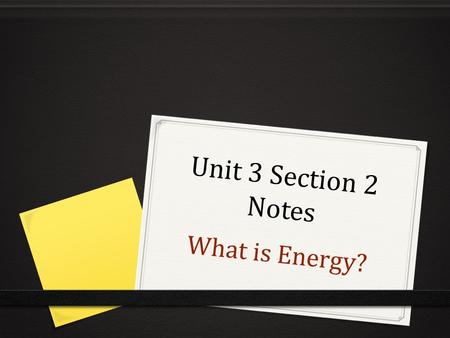 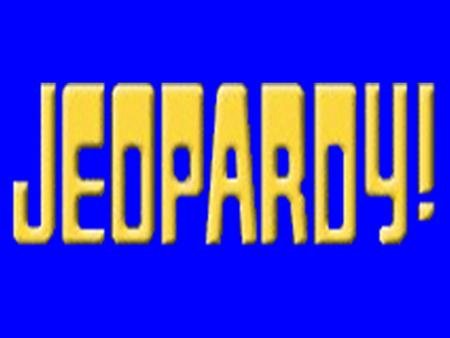 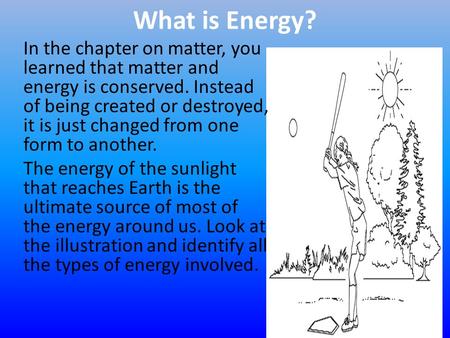 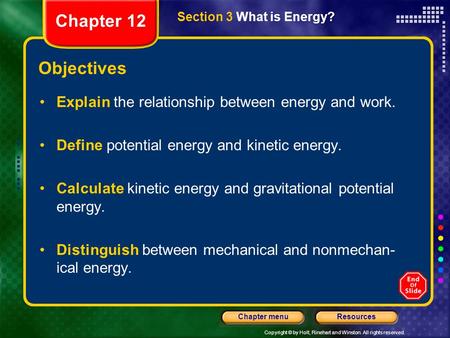 Copyright © by Holt, Rinehart and Winston. All rights reserved. ResourcesChapter menu Section 3 What is Energy? Objectives Explain the relationship between. 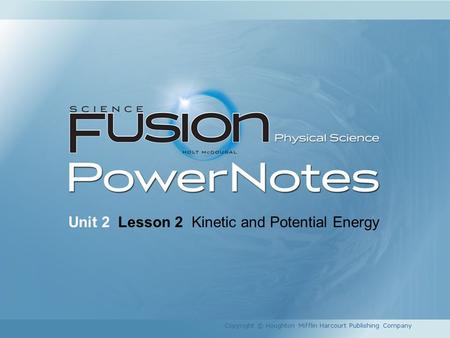 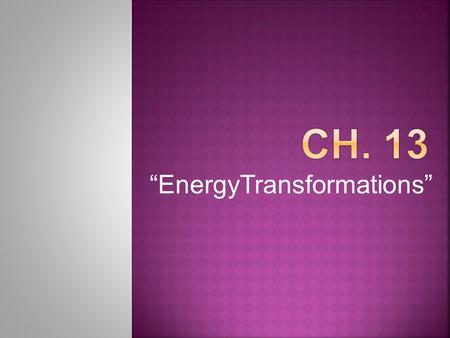