10 Altitude Temperature falls by 6.4ºC for every 1000m increase in height. This fall in temperature is called the normal lapse rate. Air is warmed by the heat radiated from the ground due to conduction and convection. It is much warmer as there is larger land Most of Earth's surface gases is also concentrated at the Earth’s surface.

13 Distance from the sea Sea heats up and loses heat more slowly than land Coastal area temperature is influenced. In temperate latitudes, coastal areas have a smaller temperature range between summer and winter(not as hot in summer and not as cold in winter) Inland areas far from the sea are not affected by the ocean thus have larger annual temp range.

16 Aspects Refers to the direction of the slope of the land relative to the sun More obvious in temperate regions rather than tropical regions In northern hemisphere, south facing slope have higher temp than north facing slope Faces the sun.

17 Humidity and cloud cover
Humidity is the state of the atmosphere with respect o its amount of water vapour The higher the humidity, the more clouds there will be as clouds are formed by condensation of water vapour. Thick cloud cover prevents solar radiation from entering in the day and outgoing terrestrial radiation escaping in the night. Therefore, equatorial areas which have high humidity and thick cloud cover has low diurnal temp range.

18 Type of land surface An area with vegetation is much cooler than an area of concrete. Vegetation reduce the incoming radiation and prevents absorption of heat into the ground. Concrete surfaces absorbs h eat quickly in the day and releases heat lowly at night. “Urban Heat islands” Cause? Effects? (group work) 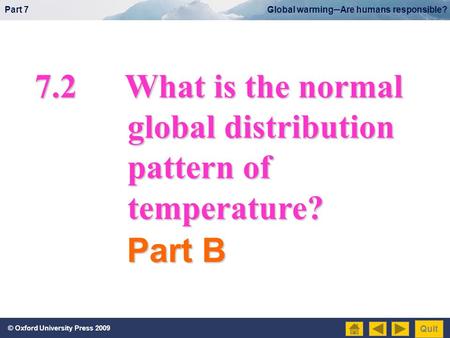 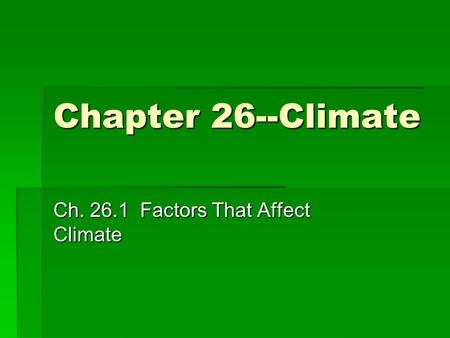 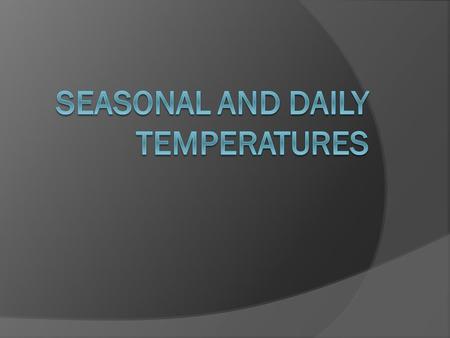 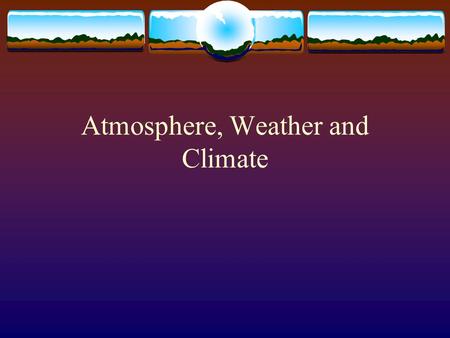 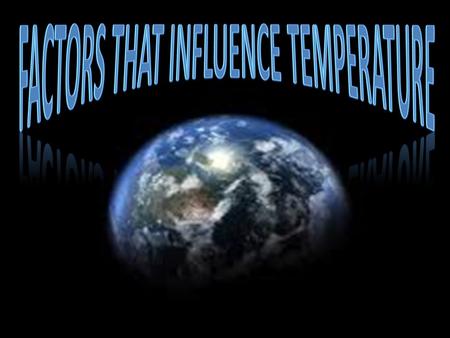 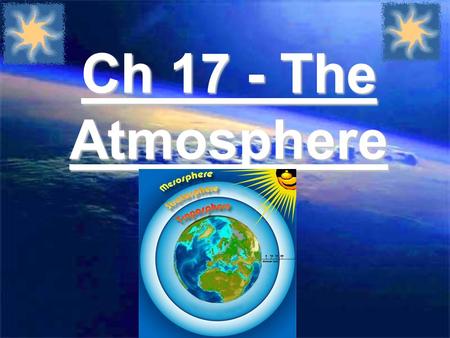 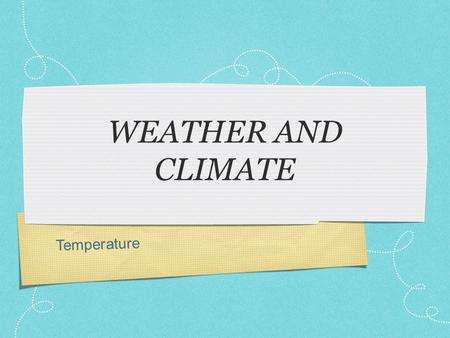 Temperature WEATHER AND CLIMATE. Temperature refers to the degree of hotness or coldness of the air It varies throughout the day in a place The temperature.